The intellect has little to do on the road to discovery. There comes a leap in consciousness, call it intuition or what you will, the solution comes to you and you don’t know how or why. — Albert Einstein

I once had a sudden experience of clarity while riding the New York City subway. A disheveled, scary-looking man burst onto the train and bellowed out, “Does anyone have a dollar? I just need a dollar!” He was a big, intense guy and he wouldn’t quit asking, “Come on, people! Someone has a dollar!” We were all holding onto our belongings with white knuckles as he was becoming louder and louder when in a flash, I just knew he was safe. In that instant, he transformed in front of me from being a dangerous threat to a guy who just really wanted a dollar. When he got to me I handed him a dollar. He took it gratefully, plopped down next to me, and began carefully folding. A few stops later, he handed the dollar back to me refashioned into the form of a meticulously made origami heart.

We’ve all experienced it before, that ah-ha moment of sudden insight that solves a problem. Dimitri Mendeleev, the scientist who discovered the periodic table of the elements after falling asleep exhausted in his quest said, “I saw in a dream, a table, where all the elements fell into place as required.”

Legend has it that when Isaac Newton was bumped on the head by an apple his law of gravity was sparked.

Or consider the Scottish welder Sydney Banks, who after hearing something seemingly mundane made a connection that birthed a new understanding of the nature of reality and how the human mind works, which in turn has brought relief and new life to many. His insight uncovered that there’s no such ‘thing’ as insecurity; that all insecurity is thought-generated and that we all have direct access to innate wellbeing in every moment.

On the more dramatic side of intuition, I once knew a paramedic who could tell firefighters where people were trapped in burning buildings. She could “see” into the buildings through the walls, as well as “see” into patients in medical crises and often knew what was needed. Her “seeing” surely saved many lives. I remember she would close her eyes and sometimes use her hands like antennas. 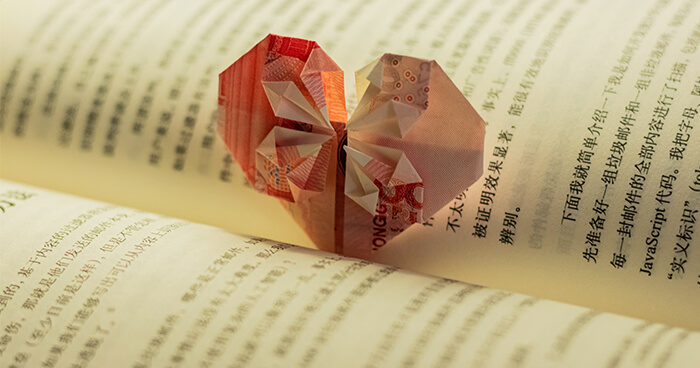 In a flash, something told me he was safe. Image: Mitchell Luo

Nikola Tesla called it “instinct” and said, “… instinct is something which transcends knowledge. We have, undoubtedly, certain finer fibers that enable us to perceive truths when logical deduction, or any other willful effort of the brain, is futile.”

Perhaps that kind of clairvoyance is a special gift … and perhaps not!

Do We All Have a Built-in Inner Compass?

As Tesla suggested, maybe we actually all have innate, undiscovered inborn mechanisms that guide us — but for the most part we simply haven’t been taught how to access this knowledge.

For me, after years of trying to solve issues by reasoning them out, sometimes making big lists of pros and cons, and even flow charts, I’m now more prone to turn to the realm of the unknown from which my major breakthroughs in life have come — albeit sometimes only after I have “given up” finding a resolution by pounding away at it.

Some of the solutions are so beautiful they could not have been conjured up by the sheer power of “I want to get this figured out!” Relying on intuition leaves me with a clearer mind, making it easier to stay inside the insight loop.

For decades the work of scientists has demonstrated that our minds have extraordinary abilities we are only beginning to understand. Learning to use these abilities — from remote viewing to precognition to intuitive medical diagnosis to distant healing — leads to the experience of the interconnectedness of all beings, and, ultimately, the transformation of consciousness.

Even a glance in the direction of the untapped potential of the human mind begs the question: Is there a way to consistently access our intuition when we need it the most?

Some knowing comes suddenly, or under pressure in a high-stakes situation. Some people find answers in the shower, or working in the yard, or doing something else totally unrelated to the problem (in a relaxed state of mind). 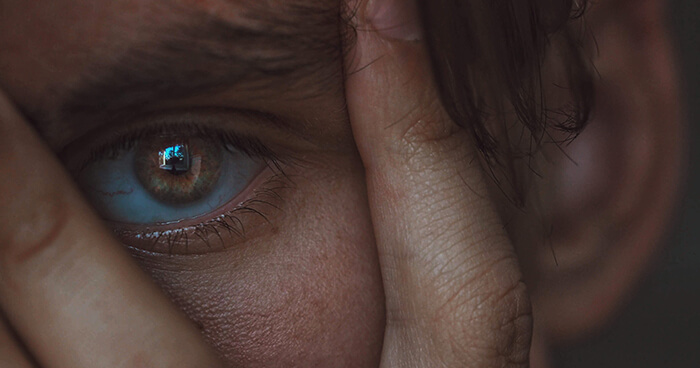 Perhaps we all have innate, undiscovered inborn mechanisms that guide us. Image: Adrian Swancar

You get your intuition back when you make space for it. The rational mind doesn’t nourish you. You assume that it gives you the truth because the rational mind is the golden calf that this culture worships, but this is not true. Rationality squeezes out much that is rich and juicy and fascinating. — Anne Lamott

There are surely limitless ways to tap into the power of intuition. When I want to access my intuition I keep it simple. These steps aren’t a formula but rather notes from a field guide of personal experience: 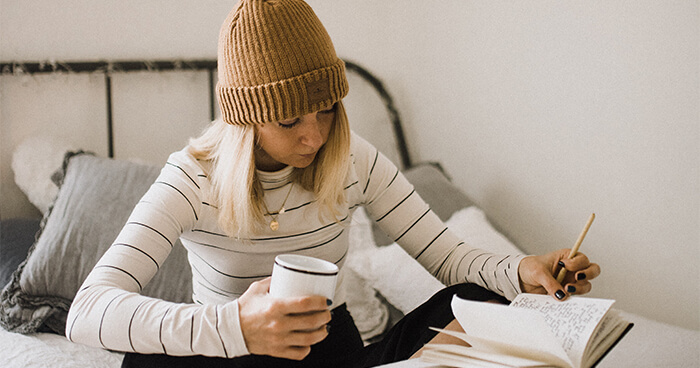 Notice what comes to you upon waking when you hold the intention to connect with Divine Wisdom. Image: Kinga Cichewicz

Answers On the Wings of Intuition

Intuitive answers may come through many different forms. Einstein called intuition a “sacred gift,” a “knowing without knowing,” “thinking with your heart,” or following a “gut feeling.” Sometimes answers came to him in a realization, or information arrived from “unseen forces.”

We would call that claircognizance or knowing something without knowing how or why. Clairsentience is an intuitive knowing that comes through feelings or sudden insight, sometimes called “gut feelings.” Clairvoyance is gaining understanding through inner sight, visions or dreams. Other forms of intuition include: clairaudience (hearing beyond the normal range); clairalience or smell; and clairgustance or tasting something without actually putting it in your mouth.

But most people simply “know” something in the form of insight — that spark, that ah-ha!

Intuition has played a powerful role in my life — from the tiniest daily realizations to life-changing insights. It often takes the angst out of otherwise really tough decisions and seems to be the trusted source of wisdom I can rely on no matter what.

Intuition is seeing with the soul. ― Dean Koontz

How has your intuition served you? Do you have a way of tapping into your inner knowing when needed? We’d love to hear from you in the comments below, and as always, thank you for being on this journey with us.

Dorothy Kolomeisky is the director of the Bet Lev Foundation and a member of Team UPLIFT. Through the Foundation she facilitates classes and programming to support all kinds of people in coming back to the knowing of their own true limitless self. She is passionate about raising global consciousness and playing in Mother Nature.