The Taoist View of the Universe

At the very roots of Chinese thinking and feeling there lies the principle of polarity, which is not to be confused with the ideas of opposition or conflict. In the metaphors of other cultures, light is at war with darkness, life with death, good with evil, and the positive with the negative, and thus an idealism to cultivate the former and be rid of the latter flourishes throughout much of the world.

To the traditional way of Chinese thinking this is as incomprehensible as an electric current without both positive and negative poles, for polarity is the principle that plus and minus, north and south, are different aspects of one and the same system, and that the disappearance of either one of them would be the disappearance of the system.

People who have been brought up in the aura of Christian and Hebrew aspirations find this frustrating, because it seems to deny any possibility of progress, an ideal which flows from their linear (as distinct from cyclic) view of time and history. Indeed, the whole enterprise of Western technology is “to make the world a better place” – to have pleasure without pain, wealth without poverty, and health without sickness.

We have been interfering with a complex system of relationships which we do not understand, and the more we study its details, the more it eludes us by revealing still more details to study. As we try to comprehend and control the world it runs away – from us. Instead of chafing at this situation, a Taoist would ask what it means. What is that which always retreats when pursued? Answer: yourself.

Idealists (in the moral sense of the word) regard the universe as different and separate from themselves – that is, as a system of external objects which needs to be subjugated.

Taoists view the universe as the same as, or inseparable from, themselves so that Lao-tzu could say, “Without leaving my house, I know the whole universe.”

This implies that the art of life is more like navigation than warfare, for what is important is to understand the winds, the tides, the currents, the seasons, and the principles of growth and decay, so that one’s actions may use them and not fight them. 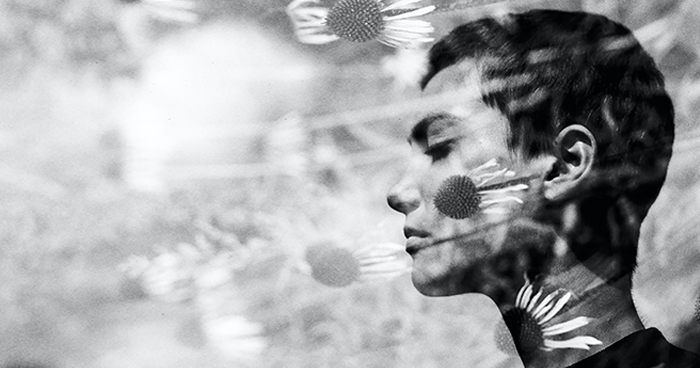 Taoists view the universe as inseparable from themselves. Image: Motoki Tonn

In this sense, the Taoist attitude is not opposed to technology per se. Indeed, the Chuang-tzu writings are full of references to crafts and skills perfected by this very principle of “going with the grain.” The point is therefore that technology is destructive only in the hands of people who do not realize that they are one and the same process as the universe.

From Progress to Process

Our overspecialization in conscious attention and linear thinking has led to neglect, or ignore-ance, of the basic principles and rhythms of this process, of which the foremost is polarity.

In Chinese, the two poles of cosmic energy are yang (positive) and yin (negative), associated with the masculine and the feminine, the firm and the yielding, the strong and the weak, the light and the dark, the rising and the falling, heaven and earth, and they are even recognized in such everyday matters as cooking as the spicy and the bland.

Thus the art of life is not seen as holding to yang and banishing yin, but as keeping the two in balance, because there cannot be one without the other.

When regarding them as the masculine and the feminine, the reference is not so much to male and female individuals as to characteristics which are dominant in, but not confined to, each of the two sexes. The male individual must not neglect his female component, nor the female her male. Thus Lao-tzu says:

“To be” and “not to be” arise mutually;
Difficult and easy are mutually realized;
Long and short are mutually contrasted;
High and low are mutually posited;
Before and after are in mutual sequence.

They are thus like the different, but inseparable, sides of a coin, the poles of a magnet, or pulse and interval in any vibration. There is never the ultimate possibility that either one will win over the other, for they are more like lovers wrestling than enemies fighting. 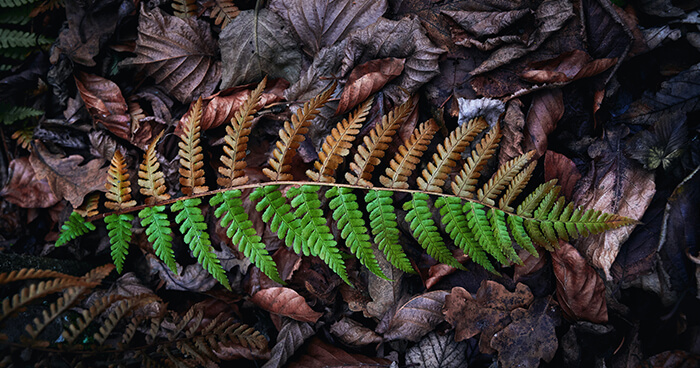 It is difficult in our logic to see that being and non-being are mutually generative and mutually supportive, for it is the great and imaginary terror of Western man that nothingness will be the permanent universe. We do not easily grasp the point that the void is creative, and that being comes from non-being as sound from silence and light from space.

This space is not “just nothing” as we commonly use that expression, for I cannot get away from the sense that space and my awareness of the universe are the same, and call to mind the words of the Chan (Zen) Patriarch Hui-neng, writing eleven centuries after Lao-tzu:

The capacity of mind is broad and huge, like the vast sky. Do not sit with a mind fixed on emptiness. If you do you will fall into a neutral kind of emptiness. Emptiness includes the sun, moon, stars, and planets, the great earth, mountains and rivers, all trees and grasses, bad men and good men, bad things and good things, heaven and hell; they are all in the midst of emptiness. The emptiness of human nature is also like this.

Thus the yin-yang principle is that the somethings and the nothings, the ons and the offs, the solids and the spaces, as well as the wakings and the sleepings and the alternations of existing and not existing, are mutually necessary.

Yang and yin are in some ways parallel to the (later) Buddhist view of form and emptiness, of which the Heart Sutra says,

The yin-yang principle is not, therefore, what we would ordinarily call a dualism, but rather an explicit duality expressing an implicit unity.

In February, I wrote ‘We are, quite simply, the breath between ideas.’ It has taken me some time to fully absorb this. Your words have helped cement this for me. Thank you.

Very beautiful article in all respects. Thans for you

There are many teachers from today and yesteryear. What separates AW from the rest is his uncanny ability to explain all of what constitutes the two worlds, in simple, easy to understand, everyday language without grandstanding.

Wonderful explanation…I will use this for the rest of my life. Especially, clay and windows❣️

This gave me new insights about balance, which is helpful on a personal level and for seeing myself as part of a greater whole. You explained it in a way that makes so much sense. Thank you.

This gave me new insights about balance, which is helpful on a personal level and for seeing myself as part of a greater whole. You explained it in a way that makes so much sense. Thank you.

I needed to be reminded of this today! Thanks

Poignantly and perfectly described principle of yin and yang. What a wonderful teacher you are Alan. Thank you from my heart.

Thanks for reminding me of this profound truth.

Thanks for the wonderful article. Thanks for sharing