The Role of Meditation in Mental Health

Meditation has traditionally been associated with Eastern mysticism but science is beginning to show that cultivating a “heightened” state of consciousness can have a major impact on our brain, the way our bodies function and our levels of resilience.

Clinicians are increasingly looking for effective, preventative, non-pharmacological options to treat mental illness. And meditation techniques – such as quietening the mind, understanding the self and exercising control – show promise as an alternative tool to regulate emotions, mood and stress.

Meditation influences the body in unexpected ways. Experienced meditators, for instance, can speed or slow their metabolism by more than 60% and raise their body temperature by as much as 8°C.

Even a little training in meditation can make people calmer, less stressed and more relaxed. As little as 20 minutes a day leads to physical changes, such as reduced blood pressure, lower heart rate, deeper and calmer breathing. Improvements in blood pressure as a result of meditation have also been linked to a lower risk of heart attack.

Meditation is also beginning to prove effective as a treatment for chronic and acute pain. One experiment showed that four days of mindfulness meditation substantially reduced the participant’s experience of unpleasantness and the intensity of their pain.

Mind, Brain and Beyond

Meditation increases left-sided, frontal brain activity, an area of the brain associated with positive mood. Interestingly, this increase in left-brain activity is also linked with improvements in immune system activity. And the more you practise meditation, the greater your immune function is likely to be.

Studies have shown that long-term meditators have increased volumes of grey matter in the right orbito-frontal cortex and hippocampus regions of their brain which are responsible for regulating emotion. Similar changes have also been found in non-meditators who completed an eight-week course in mindfulness training.

So even a limited stint of meditation has the potential to change the structure of the brain. 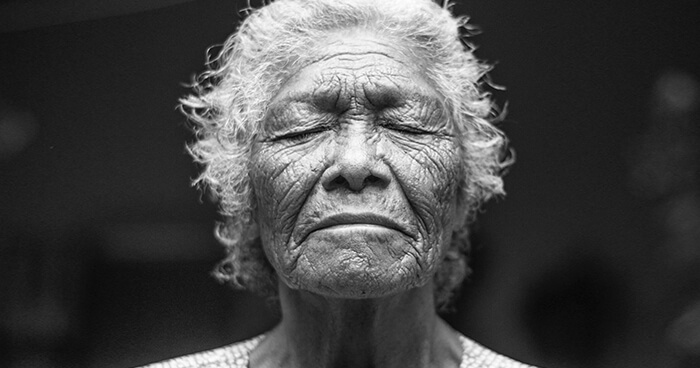 Meditating may increase longevity by protecting the brain and heart from the damaging effects of stress. Image: Christian Newman

The cortex in the brain usually thins as we age – a type of atrophy related to dementia. Intriguingly, those who have meditated around an hour a day for six years display increased cortical thickness. Older meditators also show decreased age-related decline in cortical thickness compared to non-meditators of the same age.

The causes and effects of emotional experience exist throughout the body and the brain, and as such they are deeply linked to physical and psychological stress.

Meditation enhances positive emotions and mood, and appears to make people less vulnerable to the stresses and upsets of daily life. Research shows that meditators are better at regulating immediate responses to negative stimuli and have reduced activity in the amygdala – a region implicated in response to threat. These findings reflect greater emotional resilience among meditators as well as less psychological distress and anxiety. 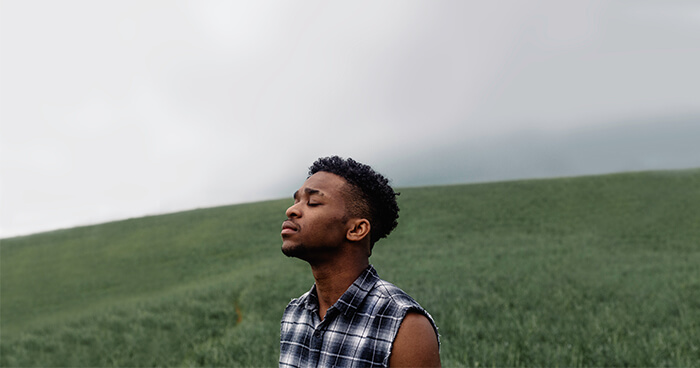 Mindfulness, which can be cultivated through meditation, is just one technique that can increase mental health and wellbeing. Several therapeutic techniques have been based on these practices, such as mindfulness-based stress reduction and mindfulness-based cognitive therapy. These treatments have had success in treating anxiety and mood disorders.

Next Steps in Research

Research has shown us that meditation improves our mood, reduces the body’s response to stress and, over time, alters the structure of the brain.

Our team at the University of Sydney is attempting to fill some of the gaps in our knowledge of how meditation acts on the mind and the body to calm emotional reactions. We’re currently investigating the effects of meditation on brain and body function during emotional provocation, such as viewing disturbing photographic images.

We want to better understand the effects of short, intensive periods of meditation on brain and body functions associated with regulation of emotional responses. We are also examining the genetic factors that may help determine what types of people benefit most from meditation training.

If we can demonstrate the efficacy of intensive meditation on emotion regulation, and characterise those who will benefit most, we will have established a significant role for meditation in improving mental and physical health.

Has meditation had an impact on your mental health? We would love to know how, please feel free to share your experiences and thoughts in the comments below.

How does one meditate?