When I was a kid, somewhere in the middle of the last century, the world was in the midst of a power struggle, the West against the East, democracy versus communism. In the early fifties, nuclear fission … the atom bomb … was heating up the cold war. The US government and media were continually spewing the fear of an imminent nuclear war with the Russians. Little did the public know that the Soviet Union was in near collapse with little real agency to provoke a war. BUT we believed the hype!

To enhance the fear, the government showed live atomic bomb tests on TV. Model villages were built in the blast zone so that we could experience the horror of how a nuclear explosion could instantly eradicate an ‘American’ city. The images provoked fear and threats of annihilation. As a consequence, across the country, the sound of blaring sirens signaled air raid drills causing people to stop their livelihood activities and seek protection by descending into underground bomb shelters. Engaging in the protection response led to the cessation of growth-related behaviors. After the test’s all-clear signal sounded, people returned to their jobs and the community resumed its growth activities.

For a moment, consider the consequences if there was no all-clear signal. The population would be forced to remain in the shelters in a continuous state of protection. How long can people survive in this state? For as long as their reserve of food, water, and other energy-sustaining supplies held out. However, the community would eventually collapse in the face of dwindling supplies, after which, they would die.

Now consider the fate of the fifty-trillion cellular community that lives under your skin. In a state of growth, the cellular citizens and their communities (i.e., the organs), collaborate to maintain health and support the body’s vitality. One of the main functions of the brain, the equivalent of the body’s government, is to interpret what is going on in the ‘outside’ world. The brain then coordinates the survival behavior of the cellular community by sending news of the world via the release of hormonal signals.

In a safe and supportive environment, the brain releases signals such as endorphins and growth hormones to encourage communal growth and body maintenance. When the body is under threat from outside forces, the brain release stress and inflammatory hormones, the equivalent of air raid sirens, to direct the cellular community to cease growth activities and engage in a protection response. For an acute or short-term protection response, the body can still maintain its health and viability. However, a chronic twenty-four/seven, three-hundred and sixty-five days a year fear response causes the body’s systems to shut down awaiting an all-clear signal that may never come. 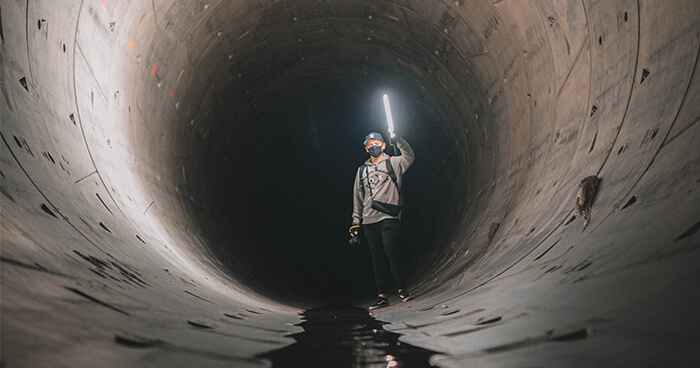 A community, whether one of people or one of cells, can easily survive short-term stress, like an air raid drill. BUT, when the stress signals go on and on, the cessation of growth inevitably leads to the breakdown of the community and the expression of dysfunction and disease. Global civilization is clearly in chronic stress.

To survive and thrive into the future, we must face an impending evolutionary upheaval. As the unsustainable civilization is collapsing and a new civilization is forming, we are in a state of transition. The most valid science, quantum physics, acknowledges that consciousness is creating our life experiences.

Never before has it been so important to recognize we have a personal choice as to whether we focus our consciousness on the fear-provoking symptoms of collapse, such as climate change, COVID-19, and a myriad number of other social ‘air raid sirens,’ or whether to focus our attention on a brighter, more wholesome future wherein civilization comes together to support one another while working in harmony with Mother Nature.

A famous Rumi quote offers an important insight and conclusion:

Out beyond ideas of wrongdoing and rightdoing, there is a field. I’ll meet you there.

Rumi is referring to a ‘field’ of LOVE that exists beyond the threats of chronic fear. In simple terms, we must focus on the growth offered by love and harmony and forego the debilitating din of fear.

With Love and Light,
Bruce

How are you coping with all the outside ‘noise’? Are you finding ways to keep your nervous system calm and focus on love? What helps you to do so? We would love to hear in the comments below.

With an ever-extended hand of love,