Elation: The Amazing Effects of Kindness

BY Steve Taylor Ph.D.
Welcome to UPLIFT
Loving Yourself
Elation: The Amazing Effects of Kindness
Acts of Altruism have Far-Reaching Effects

I have a friend who used to live in Pakistan, where he was an animal rights activist. One day, he was walking through his home city when he saw a crowd gathered around the stall of a bird seller. A man had bought some myna birds – a popular caged bird in Pakistan, because of their ability to mimic sounds – and was releasing them. One by one, he took them out of the cage, and let them fly free. In all, he bought thirty-two of the birds, just to set them free.

My friend was amazed by this act of altruism, partly because – as he put it:

Such acts of charity were not so common in my part of the world where people are not so kind to animals in general.

But he was also amazed at his own reaction to the act. He was filled with a deep sense of peace. A strange quietness filled his surroundings, and he felt completely free of worry or anxiety. The sense of peace and joy remained with him for a few days, and, in his words, “I believe it is still there to some degree.”

This is a powerful example of an experience which most of us are familiar with, even though psychologists haven’t paid much attention to it so far. It’s the fantastic warm, elevated feeling we get when we witness acts of kindness. Even the most simple altruistic acts might give you a touch of this: a passer-by giving his packed lunch to a homeless man, a stranger offering to help a blind person cross the road, or a subway passenger giving up his seat for an old lady. Or when we see seeming acts of kindness amongst animals – for example, perhaps you could watch this short video and observe your response.

In this way, witnessing altruistic acts can be a source of what Abraham Maslow called ‘peak experiences’ – those moments of awe, wonder and a sense of ‘rightness’ which make us feel immensely grateful to be alive. 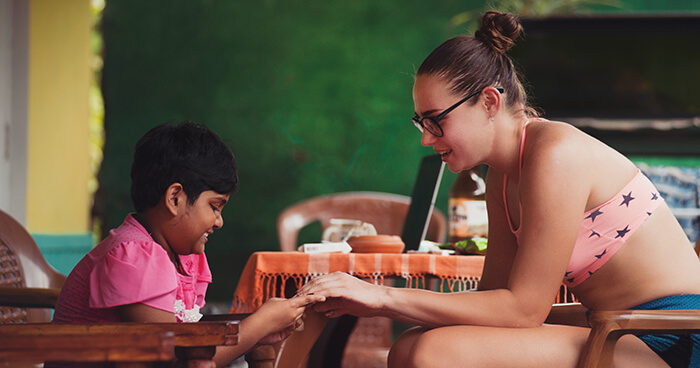 Witnessing acts of kindness can illicit a sense of elation. Image: Alexandr Podvalny

Jonathan Haidt is one of the few psychologists to discuss this type of peak experience. He calls it ‘elation’ and describes it as a “…warm feeling in the chest, a sensation of expansion in [the] heart, an increased desire to help, and increased sense of connection with others.” It is, in his words, “a manifestation of humanity’s ‘higher’ or ‘better’ nature.”

In fact, this may be one reason why the experience occurs – because it brings a renewed faith in human nature, a sense of the sheer goodness which human beings are often capable of, which sometimes might seem difficult to see amidst the chaos and conflict of everyday life. But the sense of connection mentioned by Haidt is undoubtedly important too. Altruism transcends the separateness we often experience as human beings. It connects us to one another – and in fact, pure altruism is only possible because, at the deepest level, all human beings are part of the same network of consciousness. The person who performs the altruistic act experiences this, and perhaps the recipient of the act of kindness too. And when we witness the act, we become part of the network too.

Loved reading this and believe with all my heart that what you described is true.Look forward to hearing more from you