What I Learned from Studying with a Monk

We have to find happiness within, and also find our purpose on the outside.

Here are the lessons I learned while studying with a monk:

Keep Trying Until You Get it Right

The most important life lesson I learned was trying something three times (maybe even four times) before you stop trying and move on. Also, this monk taught me that, even after multiple tries, you should work on different angles to approach things that are difficult.

If you keep trying, you’ll eventually get where you’re going.

The Answer to Your Question is inside of You

As part of the original monastery training, a monk didn’t answer direct questions from a student unless it was a well-thought-out question. A Chinese proverb says:

Teachers open the door, but you must enter by yourself.

Some forms of Zen Buddhism use a very similar style of training. An old saying (by Taoist monks) goes like this:

They did this because they were preparing a student to deal effectively with problems in the real world. 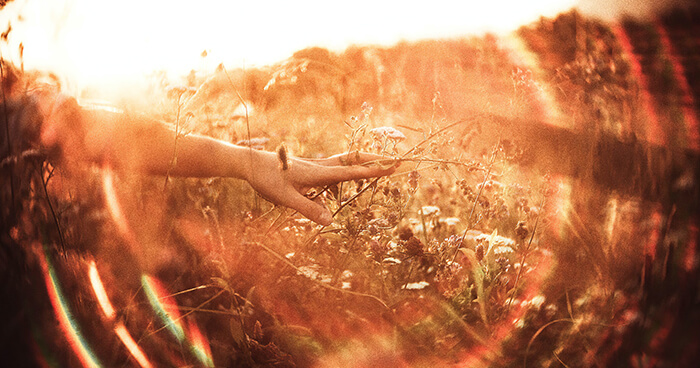 The answer to all of your questions lies inside of you. Image: Elia Pellegrini

I traveled to South Korea one time, and I found it fascinating how much you have to rely on your intuition when you don’t speak the native language of a country. I remember one instance, I had trouble explaining to the cab driver where my hotel was, and he didn’t speak English. So I had to get out of the cab and ask several people until I could find someone to tell the cab driver in Korean how to get to my hotel.

In life, whenever we try new things, we have to go into new places with only a small amount of information. The real world doesn’t give us all the answers. The greatest teacher is inside of us.

Real Wisdom in Life comes from Doing Something and Failing

Prior to starting meditation, I used to get upset when I’d try something and fail.

I’ve been in sales since I was sixteen. I remember going to work and getting so angry with myself because I didn’t get a sale. If I ever got rejected, I’d get upset with myself, and I’d want to quit my job. But I just keep failing over and over—until I became good at it.

I remember, when I first started doing meditation, I ran into several problems. For example, at first it was difficult to calm down; but if you stick with it, its gets easier and easier. I tried for only a few minutes, and then every day, I added more time onto my meditation.

When we struggle, we learn about ourselves and what we need to do to become stronger.

When You Start to do Meditation, You recognize the Egotistical Mind

Everything in the ego’s world is the result of comparison. I compared myself to other salesmen and would blame myself because I wasn’t making as much money as them.

When I started doing meditation, I began to build separation from this egoistical mind, which is consistently making these comparisons. A lot of us try something and get rejected, so we give up. Even worse, we blame ourselves for a long time and get depressed. When I started to do meditation, I began to identify my ego and was able to build separation from it.

That’s what happens when we meditate: we separate from the part of ourselves that dwells on comparisons, and start learning to live a life that isn’t driven by our egos. 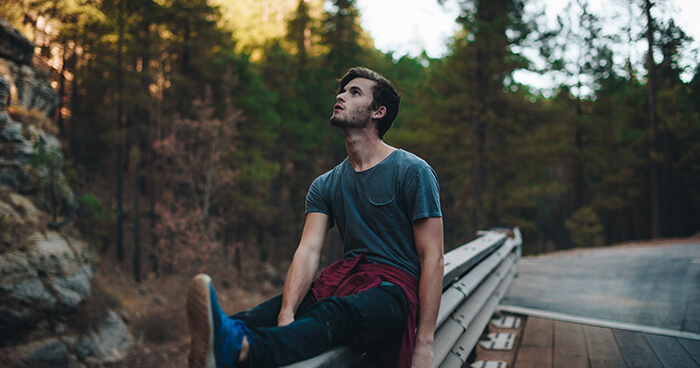 Recognise your egotistical mind and build separation from it. Image: Nathan McBride

We Must be Both Compassionate and Resilient

The monk wouldn’t meet with me to train unless I called him a minimum of three times. I hated this part. I used to call and call and he would never answer. But this is how life is. How many times do you have to call or email someone to get something done in the real world? It’s usually several times.

Most of us blame ourselves when we try once to do something and fail. At the time, I hated this part of the training, but now I think it was the most important life lesson.

There’s a Taoist proverb that says:

Cotton on the outside, steel on the inside.

It reminds us to be compassionate, but not weak.

Patience is a Virtue

The monk always made me wait—and I dreaded this.

For example, when I got to his house to train, he’d make me wait for a minimum of a half-hour, sometimes longer. We’d go out to dinner on Friday nights and he’d show up at the restaurant an hour late.

He’d tell me to meet him at a particular restaurant at 7:00. I’d get there and find out that he wasn’t there. So I’d usually be sitting in the restaurant by myself fumbling with my phone, acting like I was texting someone while worrying about what everyone at the restaurant was thinking about me.

Keep in mind, it’s not like I could call him; I don’t think the guy ever turned his cell phone on. Then he’d show up at about 8:15 and act like nothing happened.

But after a few years of this, it never bothered me; and not only that, it spread to every area of my life. Because of this training, I can honestly say that I very rarely get upset about anything. I never get agitated anymore when I have to wait in a long line or when someone cuts me off on the highway.

Patience is the gift of inner calm. 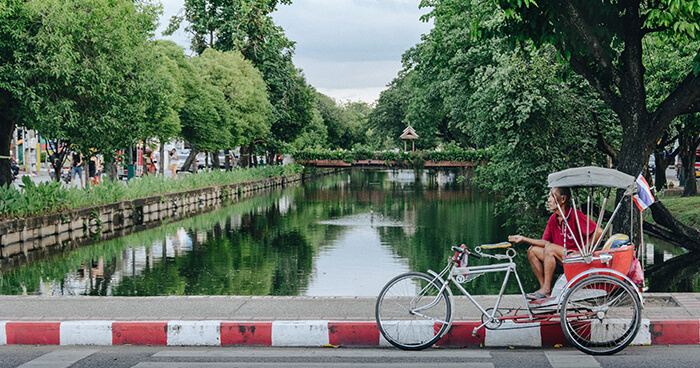 Surrender to the way the world is and practice patience. Image: Adil Wahid

Detach from Your Ego

At first, it’s hard to sit at a restaurant by yourself. You’re constantly worrying, thinking that people probably think you’re a loser because you’re sitting by yourself. But the reality is, you will never be happy if you care about what other people think of you.

Prior to starting meditation, I’d get upset over just about anything. Now, nothing really bothers me. Recently, I was at the airport and there was a several hour delay on my flight. I just used that time to do meditation. Ten years ago, I would have become extremely upset. An airplane delay would have ruined my day.

When you let go of your ego needs, it’s easier to accept and even benefit from whatever comes at you.

How many times do we not go for something because of fear? Think about all the fears that we have conjured up in our minds that stop us from being truly happy. If you can conquer the enemy within yourself, you won’t have an enemy outside yourself.

Happiness Comes from Within and from Outside

I learned this from observing the Buddhist Physician I met. He used to do meditation in his office before he would interact with his patients. He was one of the happiest and most compassionate people I’ve ever met.

By creating happiness inside, he was able to increase that emotional state by spreading it to others.

We must cultivate happiness from within and work to spread it around to everyone we interact with. The monk used say:

Everyone has a purpose or a mission in life.

Thank you for a great read. The Monk sounds like a great teacher (I would probably have felt annoyed with coming late and not answering calls, but hopefully been able to see the lessons he was teaching:)
Thank you.

Thanks for this story. The inner game is the only game we are playing. Visualization & the power of words & thoughts completely changed my life. Divine Intelligence is always with us & saying YES.
With love & gratitude for this teaching in my life.

When i was young i remeber writing in a note book , “instead of searching for hapiness be the hapiness everyone is searching for.”

But we cannot complete this life course in one lifetime. That is why we need to reincarnate back to human life again and again many lifetime. Everytime we return we make some progress we finally realize our true self.

I learn to meditate 30 years ago under the guidence of an enlightened master named Sri Chinmoy. It has been the very best years of my life.

Sri Chinmoy : When the power of love
Replaces the love of power
Man will have a new name:
God.

Hi..maybe will be more helpful to use “letting go approach” as to letting go of what is preventing you to experience the energy of sadness or anger at the present moment. To let go of resisting it and instead merge with it and with curiosity peel every layer of that emotion..where is it?..how is the movement..?..circling, expanding, contracting..?..day by day..moment by moment..just investigate..maybe life does not have other purpose that to show us that we are alive..how big opportunity..regardless..blessings

I love the article…. it resonates with the part of me that needs to let go
Thanks

Such a good post! Clear writing with examples! Thank you for this. Love.

Really this topic of my interests thank you.

An apple does not grow on a tree the minute we plant the tree.

I Love it. And want to applies this to my everyday life.

l find it just rude to be late when you`ve made an appointmentment with someone, no matter whether you`re a monk or not. And it`s got nothing to do with ego, the monk wouldn`t like itif someone continually kept him waiting so why would anyone else !!!

So the purpose or mission in life is happiness within. Yes, I understand this however I’m currently lost….I’ve spent a lifetime healing from health issues (past stress/abuse) and I’m finally letting go of the past and healing, however I now feel direction-less without a purpose?

I look forward to practicing separation of ego from real mindfulness. My prayer is that forgetfulness doesn’t lead me off the path.
Diligence is a second great reminder..thank you. Cotton on the outside, steel on the inside.
I always see people still when meditating, it seems possible to meditate continually like continually. Is this possible?

An apple does not grow on a tree the minute we plant the tree. We have to be patient and believe simply that it will eventually bear fruit. The same with starting meditation.

Thank you for opportunity to connect,may truth grow stronger

It was amazing experience 1st time i read the all lines in a page.
I learned alot of new things about ourself.

How doe some deal with regret? Aim am 68 and I regret most of my choices and those that were made for me.

I loved the wisdoms. I am 72 and I have learnt through trial and error over the years but I was interested in the monk being late! I always thought when someone is late how disrespectful it is to the one waiting, but now I will look at it differently!