When I was younger, I used to tease my boyfriends with a game called “Would you still love me if…?”

I’d ask whether they’d still love me if I were ancient, if my body were covered in boils, or if I had any other quality that made me less sexually attractive. (It was a really ridiculous game).

My boyfriends would usually play along and say they’d love me no matter what – unless I asked this question: “Would you still love me if I were a man?”

All joking would stop and it would become abundantly clear that my gender would be a deal-breaker for the relationship.

I didn’t think that was strange at the time.

And even though I asked the question, I never really thought about how I’d react if my boyfriend turned out to be a woman…

…until my boyfriend of two years, Robert, sent me this message on Facebook: “Baby, I identify as a woman so much more than as a man. Everything makes sense now. I love you.” 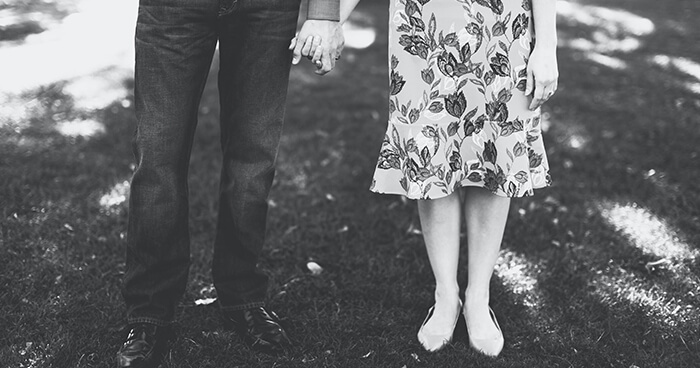 Love and gender identity are no longer limited to just ‘man and woman.’ Image: Jenny Marvin

I loved Robert, but would that be enough?

After the initial shock wore off, I realized I wasn’t surprised. You’d think it would be traumatic to find out that your boyfriend was a woman by Facebook message, and it was at first. But then something clicked. Of course Robert was a woman. And I was happy for her.

I decided to stay with Robin (the name she goes by now). This is hard for some people to understand. First of all, they assume that transgender women must be attracted to men, even though gender identity and sexual orientation aren’t the same thing (lesbians do exist, after all).

But even if they get that, people wonder why I’d want to stay in a relationship that has changed so dramatically. I signed on for a heterosexual relationship with a man, right? I’d be perfectly within my rights to leave. So why didn’t I?

The answer is simple: In a way, Robin never hid who she was from me. She wasn’t like the ‘other’ men I’d been with. She was sweet and vulnerable and free with her emotions. We would often joke that she was the stereotypical woman of the relationship.

She would tell me her problems, and when I immediately tried to solve them, we’d argue because she just wanted me to listen. She remembered our anniversary; I killed the June bugs in our apartment. She cooked and cleaned; I took her out to fancy dinners. I was the big spoon; she was the little.

None of this necessarily meant that Robin was a woman, of course. There are plenty of men who do laundry, and I identify as a woman, even though I don’t like The Notebook. 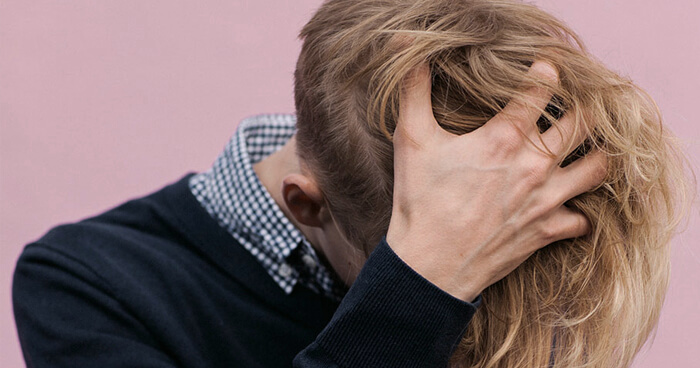 Denying who we truly are, to ourselves and others, only causes suffering. Image: Karina Carvalho

But as far as our relationship went, it didn’t change things that Robin was a woman. She was still the person I loved, just with a new name, feminine pronouns, and a more colorful wardrobe.

None of these were deal-breakers. This was the relationship I’d signed on for, only with a different vocabulary and aesthetic.

In fact, if Robin hadn’t come out as transgender, I’m not sure our relationship would have survived.

Before Robin came out, there was an elephant in the room that neither one of us wanted to acknowledge. Robin wasn’t masculine. She had a baby face with big, round cheeks and soft lips. She loved Rilo Kiley and anything that was pink. I didn’t mind; in fact, her lack of masculinity was what attracted me to her.

But she felt a lot of pressure to be masculine, and it almost destroyed us. I thought she was adorable, but she hated it when I said so, because she’d always been told that women didn’t want to be with adorable men; they wanted to be with masculine men, and she couldn’t believe I wanted to be with a man who wasn’t masculine.

No matter how many times I told her that I loved her, she couldn’t let go of the insecurity. So whenever she asked me if I thought she was manly, I’d change the subject. I didn’t want to insult her by telling her the truth.

I had my own hang-ups about masculinity, and that didn’t make things easier for her. Although Robin and I loved being affectionate with each other, I worried about how it made her look in public. (I had a lot of baggage from dating men who had to project masculinity at all times.) 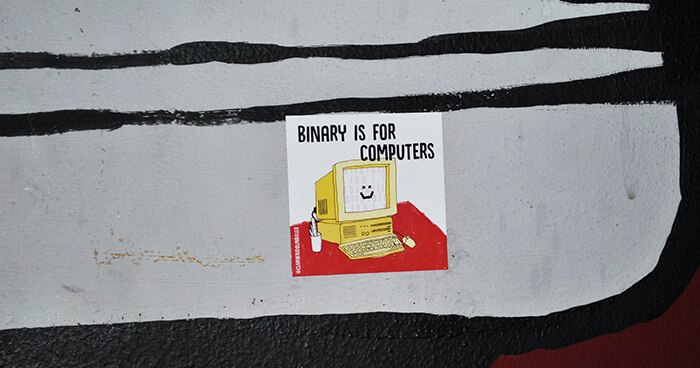 Accepting every individual for their own uniqueness is the only way forward. Image: Delia Giandeini

Robin is a few inches shorter than I am, so it’s just easier for me to put my arm around her. When we were alone, I’d hold her close, and she’d rest her head on my shoulder. I liked that. It made me feel strong. I was her protector.

But as soon as anyone else was around, I’d remove my arm and put some distance between us. I told myself I was doing it for Robin, so people wouldn’t judge her. I continued telling myself that even after she let me know it made her unhappy. She felt safe in my arms.

But I still saw her as a man, so as much as I wanted to protect her, I thought it was more important to protect her image. (It sounds ridiculous when you put it that way, doesn’t it?) I was determined to safeguard my boyfriend’s manhood, even if it made us both miserable.

Our relationship was rocky in the months before Robin came out. She was depressed and angry, but she wouldn’t say why. We were fighting a lot. I thought she was pushing me away. Then over the holidays, she decided to put on some nail polish. ‘Decided’ might be too soft a word; she was determined to do it.

So we went to a CVS and bought a pink shade, and my sister-in-law applied it for her. It was the happiest Robin had been in a long time. I’d never seen her smile that wide. She left the polish on until just a few flakes remained. And then the sadness came back.

Several weeks later, she told me she was a woman. This was around Valentine’s Day, so I bought her some proper nail lacquer from Butter London. I wanted to get her something that would make her smile for as long as possible

Of everything I felt when Robin came out, the strongest was relief: Relief that she had told me the truth, that she had found a way to be happy, and that we didn’t have to pretend to be something we weren’t anymore.

I had no idea how heavy that burden was until it was no longer there. Now I can tell her why I love her without hurting her, and we can be affectionate in public without shame.

I think it’s beautiful and inspiring. So many of Robin’s feminine qualities and quirks that she feared revealing to the world were qualities you were attracted to, and I’d even say you were the counterpart to. Qualities you’d struggle to find in most cisgender men and Robin would struggle to find in most cisgender women. I think you’ve both broken the shackles to discover yourselves and best of all discovered true love. Your story is the epitome of winning at life in my opinion. Keep shining so the world and the people around you can get a good look at amazing. Inspiring♥️

Very few web sites that occur to become comprehensive beneath, from our point of view are undoubtedly nicely worth checking out.

Very handful of internet sites that happen to be in depth beneath, from our point of view are undoubtedly properly really worth checking out.

I have learn several good stuff here. Definitely value bookmarking for revisiting. I wonder how much effort you put to make the sort of magnificent informative site.
Joseph Donahue

The biggest shock for me here was reading that Robin told her partner she was a woman IN A FACEBOOK MESSGE.I mean, really?!?! She couldn’t tell the person she loves to her face?!?! That is the only weird thing about this whole story, imo.