How to Thrive in the Age of Anxiety

I began to experience the crippling power of anxiety in my third year of university.

The panic attacks were one thing, but the most horrifying thing about anxiety, the thing that sustains it, is the insomnia. I would wake up in the middle of the night, heart racing, and unable to get back to sleep until 7am the next morning. From the sheer power of my own imagined terror, my body had gone into fight or flight mode.

During those hours lying awake in bed, I spent my time worrying. Worrying about the fact that I was useless and pathetic, that nothing seemed to be ok in my life anymore—that I was fundamentally worthless and there was nothing I could do about it.

I had honestly never felt anything like it, and I don’t think I ever will again.

Whilst I knew that something was wrong, I felt totally unable to admit to my own fragility. I had become convinced that everyone was out to get me, and that if I didn’t stand squarely on my own two feet and deal with this myself, then I would end up being betrayed, ridiculed or worse. So angrily pushing people away was obviously the best solution to my fraught and frazzled brain.

This is what made the eventual reaching out so difficult. It was only when, at 7am after another night of no sleep, out of sheer exhaustion and unable to stop bawling my eyes out, I texted my friend saying that I needed a bit of a hand with something. 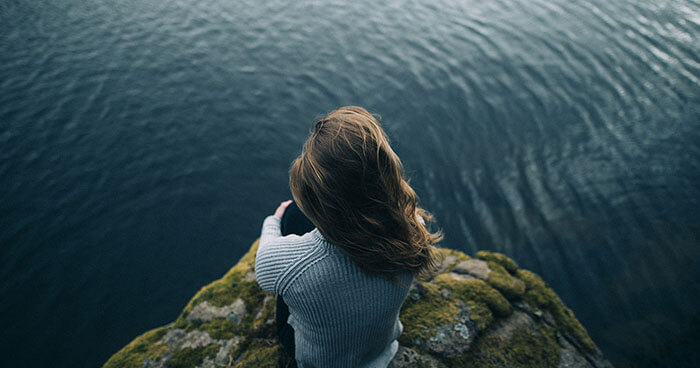 I felt totally unable to admit to my own fragility.

Today, we hear a lot more about mental illness. It’s becoming more acceptable to talk about. Probably because so many of us are now suffering with it. We’ve all heard the stats—one in four of us will suffer from a mental health issue at some point during our lives. In the UK, mental illness is responsible for the largest burden of disease —28% of the total burden, next to 16% each for cancer and heart disease.

Unsurprisingly, mental illness stems from, and reinforces, other forms of oppression.

Suicide is now the leading cause of death for young men, primarily because they are so constricted by our warped conception of masculinity that they are totally unable to give a voice to their own internal lives. But women are twice as likely as men to be diagnosed with anxiety, the severity and pervasiveness of our suffering only mitigated by the fact that we can sit around drinking wine and discussing all the manifold and specific ways in which we loathe ourselves.

And if you’re poor, you are much much more likely to suffer from a whole host of mental illnesses, undoubtedly brought on by the burden of trying to survive in a society that tells you how you just aren’t trying hard enough.

The same is true for all marginalised and oppressed groups: if you’re a person of colour, queer or disabled then you are much more likely to suffer from these crippling psychological illnesses. 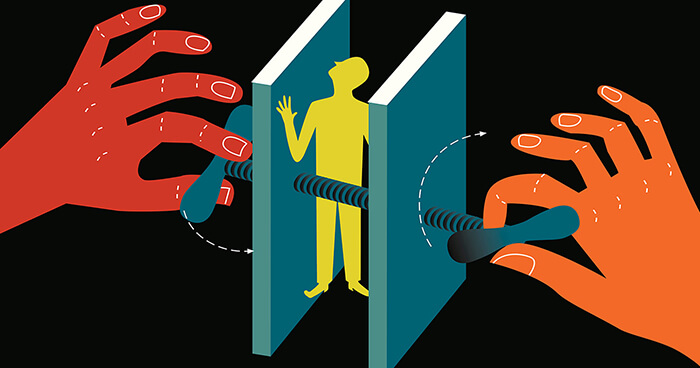 Unsurprisingly, mental illness stems from, and reinforces, other forms of oppression.

We are All Made to Feel Worthless

The violence that neoliberalism does to our internal mental lives is unforgivable. We are all made to feel so utterly, utterly worthless. Men aren’t manly enough. Women aren’t womanly enough. The poor aren’t trying hard enough. Even the rich can never be rich enough. According to prevailing economic wisdom, we are all ‘human capital,’ worth only as much as we can be purchased for.

Viewing yourself as a commodity leads you to view relationships transactionally–a quid pro quo exchange that will only be sustained as long as you are able to hold up your end of the bargain. And this is what makes you begin to believe that you are inherently worthless, as much as you are contingently worth paying for.

Without any conception of what is or isn’t valuable, we have created a world in which anything—even self-worth—can be bought.

And we do try to buy it.

For women, this generally takes the form of perfecting our own objectification. For men, it involves the frivolous acquisition of socially valued commodities, bought by working ever longer hours in jobs they hate more with every passing millisecond. For the poorest in our society, who face these gendered pressures as well, it may be something as simple as shopping at a supermarket rather than the food bank.

The message, though, is the same—we are all searching for a sense of worthiness at the bottom of a cash register. And we know how utterly fruitless our search is going to be. But we have no other means for rebuilding some esteem from the rubble of our shattered sense of self, so we do it anyway.

And in doing so, we feed the system that was feasting on our self-doubt in the first place. 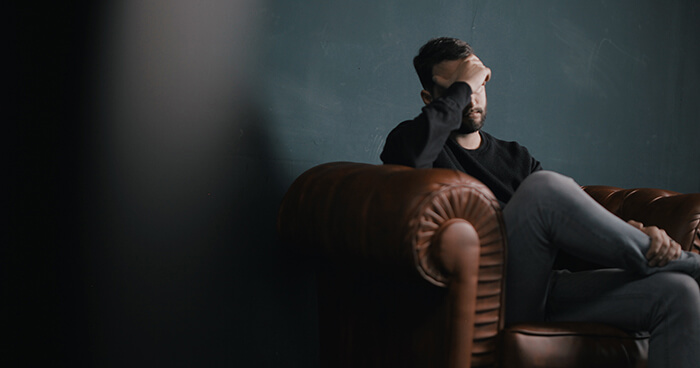 We are all made to feel so utterly, utterly worthless.

Loving Yourself is a Radical Act

I have spent a long time thinking about how to overcome this struggle. For my own part, I have realised that, in order to survive, we must learn to love again. Because in a society that profits from your self-doubt, loving yourself is a radical act.

But love is not just an emotion that you feel—love is a choice, a choice we make every second of every day. Do we buy a trashy magazine and flick through the pages picking out all the ways that we fail to live up to society’s expectations? Do we take out the unrepentant rage we feel at our own inadequacy by buying something that will make us feel superior? Do we allow ourselves to be exploited by employers who make us work ever longer hours just to prove that we are worthy?

It is very easy to give in to self-loathing—in a perverse way, it often feels satisfying. It is, after all, so much easier to go with the grain of social convention than to challenge it. But in order to combat the psychological violence of neoliberalism, we have to make the active decision to love ourselves; doing so is the biggest ‘fuck you’ we can possibly send to those who would seek to exploit our self-doubt.

And in learning to love ourselves, we also learn how to love and support one another.

I firmly believe that much of the hate we see today is a result of the society-wide epidemic of self-loathing. We lash out at others when we hate ourselves. Doing so is the most basic and primitive form of self-protection—we distance ourselves from others in order to prevent ourselves from being seen. From being found out. 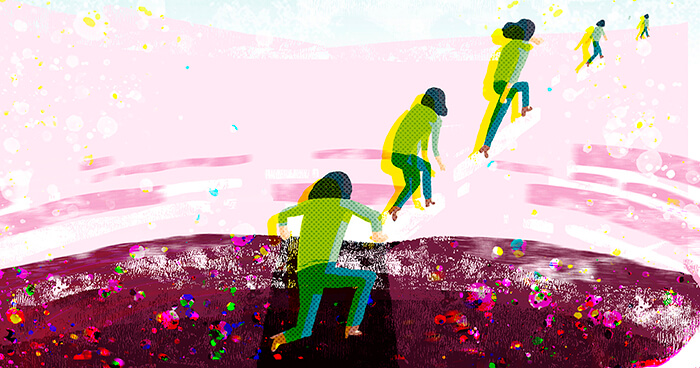 The moment we choose to love, we begin to move towards freedom.

But when we have learned to love ourselves, we can stop and look at our fellow human beings for long enough to realise that the one thing that unites us is the commonality of our suffering. The realisation that we are all so vulnerable—desperately seeking out a sense of love and belonging to give our lives meaning—makes it so much harder to hate.

Still, on the days when I’m feeling most rebellious, and this talk of love seems so thoroughly inadequate for dealing with all our social ills, I remember the words of Bell Hooks:

If we want to be happy, healthy and fulfilled, if we want to live in a society that isn’t crippled by the scars of mental illness, if we want to build a better world for ourselves and our children, we must learn to love again. That knowledge exists somewhere inside us all—our challenge is to let it find its voice.

Loving in the face of judgement and expectation can be a very difficult thing. Isolation is like fuel to the anxiety fire. Great writing. This is a blog you might find complementary to your own in many ways – https://www.quietgracemission.com/blog/the-miracle-of-compassion

Mental health is related to a lot of factors and this article is thoughtful and provocative.

I’m one of society’s unworthy, a fat, poor, white female without a college education…..it took me years to come to understand that I am content with who I am and it’s the people and experiences of this life that are important….but it is so easy to fall back into my old ways of thinking. It takes work, a lot of work to live free of what Americans represent.

We all mirrow each other so loving oneself is a radical act because it is contagious. The problem stands in the fact that there is a lot of money to be made in making people feel inadequate and in need to better themselves instead of acceptance and appreciation of whe they are.