When a baby elephant in India is being trained, its leg is tied to a post with a strong rope. No matter how hard and how long the baby elephant pulls, there is no budging the post. The elephant ultimately comes to associate the rope with an all-powerful, immovable force. When the elephant becomes a twelve-foot tall adult, simply placing a rope around its leg causes it to stay put because it has already resigned itself to the all-powerfulness of the rope. Even though the adult elephant has the strength to break any rope or uproot nearly any post, the belief of limitation it acquired from past programming in its youth keeps the elephant immobile and docile.

In light of the power of this developmental ‘programming,’ we might ask: “Which stories and beliefs acquired in our youth are keeping us unconsciously tethered, disempowered, and thwarted from expressing our true abilities?

As this month’s video emphasizes, we have been programmed with a belief that our life’s fate was sealed at the moment of conception when we acquired our genome from a collection of our parent’s genes. Were you lucky enough to inherit genes supporting health and vitality … or were you the recipient of so-called flawed genes responsible for Alzheimer’s, cardiovascular disease, or cancer? (Note: There is NO gene that causes cancer!!!!) 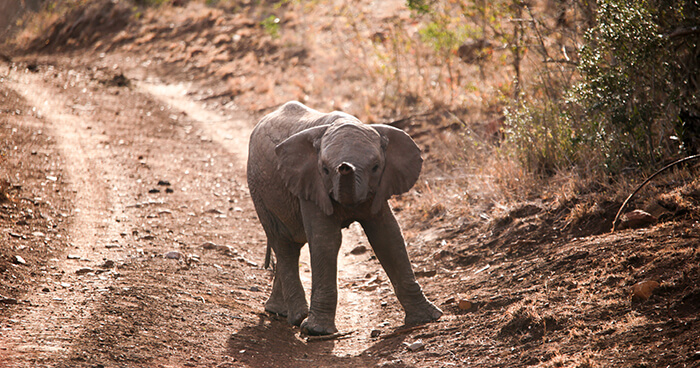 What childhood conditioning is limiting you? Image: Bernd Dittrich

Similar to the elephant, in addition to inheriting genes, we also acquire beliefs (perceptions) that are unconsciously downloaded into our subconscious mind between 0-7 years of age. It is now recognized that these subconscious perceptions “control” 95% of our life experiences. Since 1990, modern science has revealed that our belief in genetic determinism, the notion that genes control our biological and behavioral traits, is false. The new science of Epigenetics emphasizes that the environment, and more importantly, our perceptions of the environment control our gene activity.

Knowledge is power, and by correlation, a lack of knowledge represents a lack of power. Simply, a ‘misperception,’ which by definition represents a lack of knowledge, translates as a lack of power. The problem the world now faces is distinguishing true knowledge from misperceptions. For example, what would be the consequence of a healthcare system built on the false premise of genetic determinism? Unfortunately, the answer is expressed in a world currently gripped in a healthcare crisis. While science has been myopically investing its pursuit of identifying defective genes, only about 1% of disease is actually due to genes. Up to 90% of disease is now recognized to be a consequence of stress, and its influence on epigenetic activity.

The solution to the healthcare crisis is not throwing more money into assessing the genetic code. If the public was ‘reprogrammed’ with the knowledge of the influence of epigenetics in our lives, the healthcare crisis would literally disappear. Since we are able to control our environment and our perceptions, as epigenetic science illuminates, we are not ‘victims’ of our heredity but ‘masters’ of our genetic and behavioral fate.

Dispelling the Myth of Genes with Dr. Bruce Lipton.

It all comes down to understanding The Biology of Belief.

With Love and Light,