BY Sofo Archon
Welcome to UPLIFT
Stories of Love
This Christmas, We Don’t Need More Stuff. We Need More Love
The True Spirit of Christmas

If you are reading this, you are incredibly lucky.

Because it means that you have enough to satisfy your basic needs. That is, you have a roof to live under, nutritious food to eat and clean water to drink. Or, to put it differently, you have what billions of other people are lacking.

Sadly, many of us who’ve been brought up in affluent countries aren’t aware that we’re living in a tremendously unfair and cruel world. A world where the nine richest people of our planet possess more combined wealth than the total held by the poorest four billion. A world where almost half of the human population lives on less than $2.50 a day. A world where forty million people are enslaved.

Being constantly distracted by shallow things, we aren’t informed about what is important. We might know the number of affairs our favorite celebrities have had this year, but we don’t know that farmers in India are dying in the thousands from suicide annually because of the debt and unemployment crises caused by the corporate monopoly of seeds. We might know which of our social media ‘followers’ didn’t ‘like’ our latest Instagram selfie, but we don’t know that in Sub-Saharan Africa one in nine children die before the age of five in their mother’s arms due to malnutrition and preventable diseases. We might know the exact date the next iPhone comes out on the market, but we don’t know about the inhumane conditions of Chinese sweatshops where workers have to suffer day in and day out to produce it.

One of the very best mirrors of our superfluous, misinformed, and profoundly sick culture is Black Friday—that is, the busiest shopping day of the year, or the day we push, punch, elbow and kick each other so that we can be the first to get the deal, while hundreds of millions of people don’t even have a piece of bread to eat. Why give a damn about them? It’s ten times more important that we keep on filling our shopping carts with more stuff we don’t need. 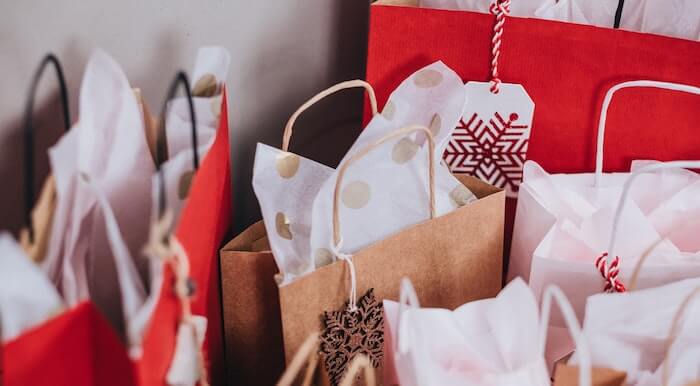 In a few days we have Christmas again. You know, that part of the year when we do nothing but exchange gifts in the form of products, an act that is marketed to us by big corporations as the only way to prove our love to our friends and family.

You see, in this crazy world that we live in, even love has been commercialized. It is sold to us and we are more than willing to spend our hard-earned money to buy it—many times even with money we don’t actually have.

According to a 2018 report, twenty-eight percent of American shoppers are paying off debt from last year’s Christmas shopping. But this won’t prevent them from going deeper into debt this year. In fact, it’s expected that the average shopper will spend $776 on gifts alone this holiday season—that is, nearly fifty percent more than just four years ago! (Should I pull out my hair now or better leave it for when I’m done writing this article?)

Love Doesn’t Have a Price Tag

Our society is totally nuts, and to be a nuthead is considered normal. Buying stuff nobody needs with money we don’t have and destroying our planet in the process seems perfectly OK to most people. In fact, if you happen to differ from the majority and choose not to conform to our consumer culture, nearly everyone starts looking at you as if you’re some kind of a pathetic weirdo. “Oh, you’re one of those people who don’t buy anyone gifts on the holiday season? That must mean that you’re either a stingy asshole or that you have nobody to love in your life.”

This is how heavily indoctrinated we are. Of course, that’s not surprising at all, if you consider that since the moment we popped out of our mother’s womb the advertising industry has been bombarding us with countless messages that try to convince us that all we need in life is products. We are victims of our culture—our values, mindset and behavior are simply a natural outcome of our lifelong social conditioning. 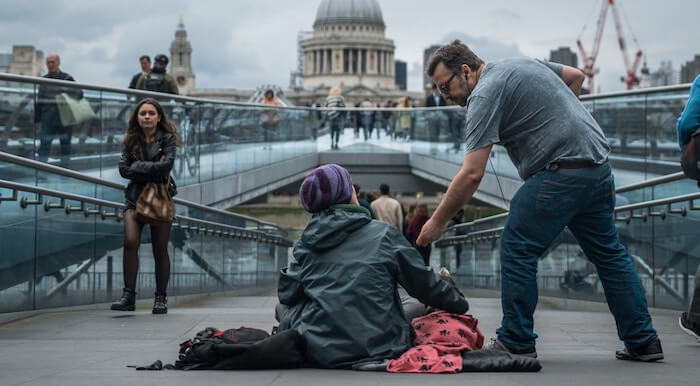 But what if we stopped for a second and questioned the ingrained belief that only through products we can find meaning and fulfillment in our lives? What if we could pierce through the corporate agendas and realized that love doesn’t have a price tag, and hence can’t be bought, sold or owned in any way or form? What if we challenged the idea that more stuff means more happiness and snapped out of the hypnotic spell of consumerism?

The Gift of Connection

To me, if there’s anything we need more of, it’s intimate looks, warm hugs, kind words, and generous smiles. Not candy canes, scented candles and Christmas-themed socks. In other words, we need more of human connection and less of what humans can get for us.

Having said that, I’m not trying to suggest that offering material objects as gifts to people is bad or wrong. It can actually be a great thing, depending on what those gifts are and to whom we give them. If we give people things that can improve the quality of their lives, then that’s totally fine. But what’s the point of giving people stuff they don’t need and which is soon going to end up as waste in landfills? Would it not be far better if, for example, we spent our excess money to help those in need—the poor, the homeless, the underserved—whether directly or by supporting individuals and organizations that are trying to make our world a better place?

This article was written by Sofo Archon and originally appeared on his personal blog, The Unbounded Spirit.