The Two Earths Within

Snakes and their many meanings have been a theme in my dreams lately. While some are completely freaked out by snakes and see them as a bad omen it wasn’t always this way. In many cultures, snakes are a sign of healing and transformation. The Hopi Indians considered the snake to be a sign of fertility and the Great Goddess is often seen depicted with snakes as they are a sign of regeneration. Other cultures believed that the snake is the umbilical cord that ties humans with the earth. It is really interesting that most organized religions see the snake as a sign of evil and as these religions took over so did our disconnection with the earth.

I would like to share with you some of the dream communications that I have received lately that have snakes in them. I feel that the messages are important. Run them through your heart center and feel the meaning it has for you.

In one dream I woke from sleep (within the dream) and found myself heavily pregnant. I went and looked in the mirror and could see that my body was this blue and clear crystalline form that was close to giving birth. As I returned to bed, my pillow turned into Eve’s Apple with a few bites taken out. It was explained that the Goddess energy is returning and that when we give birth to the goddess aspect within us we will undo the myth that women were ever the downfall of man.

In another dream, my husband and I were on a dock and I saw a snake. I went to pick it up and realized that it was a rattlesnake. It then bit me on the hand. What is curious is that I wasn’t scared, in pain, or even upset. It felt as if the bite was a good thing.

The last dream that I had with a snake felt long and it was so vivid and real.

I was in a vast room walking with my highest aspect. I see a snake in the corner and she was laying two eggs. We picked up the eggs and put them in the center of the room. We then went to a gazebo surrounded by the most gorgeous flowers and watched the eggs in the center of the room. It wasn’t long before they began to hatch and what they hatched were bubbles that I instinctively knew represented two Earths. I watched them both fill with people and energy.

The group on the left were Souls that were able to work together, they were able to give and receive in equal measure. There was much creation and joy in this group. They simply glowed. The group on the right seemed miserable. They were unable to see that they were holding themselves and others back. This group appeared stuck, stuck in their ways of thinking, acting, and feeling. I asked if I could go into that bubble and assist. I had packets of medicine that I thought could help people. My highest aspect smiled knowingly at me and gave permission. 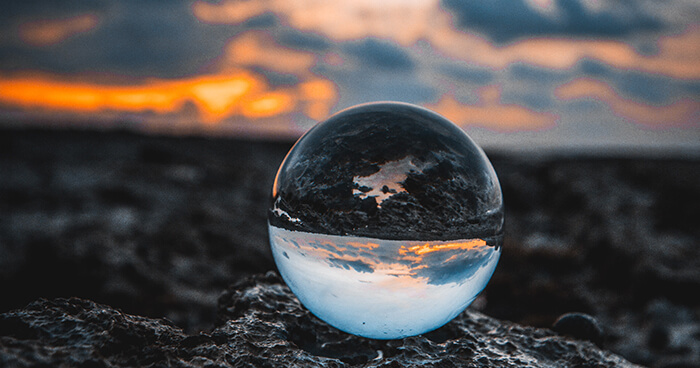 I asked if I could go into the bubble and assist. Image: Louis Maniquet

I entered the bubble and immediately touched a man and was transported into his reality. It was a dog-eat-dog world. All he could see was that people were out to get him and he chose to get them first. I looked at my medicine packets and knew nothing could help this. I tried to talk to him but it fell on deaf ears and I walked away.

I then came across a woman who was so full of sorrow that her tears could have created a flood. When I touched her I was able to see her world. She had a deep belief that Humanity was doomed and that the majority of people were cruel and harmful. Due to this belief, she found things that confirmed it over and over again. She submerged herself in stories of animal and child abuse, crime, torture and gross injustices. She could see no other way. I gave her a medicine packet of Hope but it was just washed away by her tears. I knew I could do nothing more so I walked away.

I looked around and I saw a woman who had incredible light that she was giving to others. She seemed different than the others and I was very hopeful that I could assist her. But when I touched her, I realized that while she was able to bring in great light she was unable to love herself enough to keep any. Because of this lack of self-love, she attracted people that took her for granted, people who abused her good nature and were very happy to take every ounce that she was willing to give. I gave her a packet of medicine called Self-Love but then I watched her give that away too. I knew that until she decided she was worthy of all that she has given away she would be unable to change her situation.

I then saw another man and when I went up to him and touched him, I saw his world too. He was so filled with mistrust and anger, it was aimed at people, things, the government, the healthcare system, really anything. He was so busy protecting himself from them and shouting the alarm that he couldn’t see that his feet had shackles trapping him into the reality that he was so desperately trying to warn everyone about. I tried to give him a packet of Medicine with the word Clarity on it but he didn’t trust me enough to take it.

At this point, I was exhausted. I understood that there was little that I could do. It was their perceptions that had them caught in a loop. They couldn’t see past their grief, their pain, sorrow, or their inability to forgive. I could also see who I used to be in some of the people I touched. I could remember the years of being so full of sorrow at all the pain in the world, of being taken for granted and having a deep self-loathing. I could also remember being the one to shout the alarm and how that spiraled me into a depression and anxiety that was crushing. 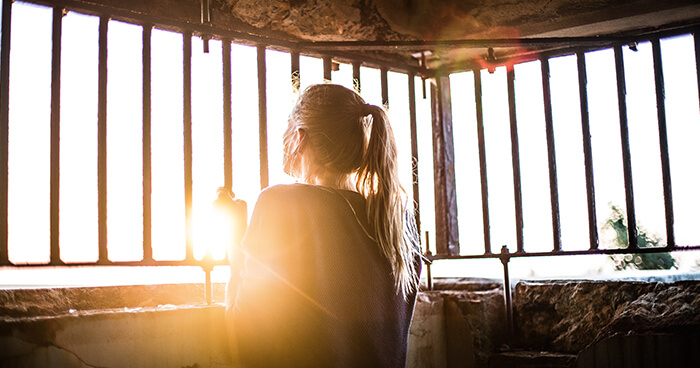 It was their perceptions that had them caught in a loop. Image: Christopher Windus

I exited the bubble tired and a little despondent. I went and sat with my highest aspect who says “There is nothing that you can do. You must accept the choices one makes. If you continue, you risk becoming stuck in that creation and then you will be able to do very little.” I knew she was right. I knew how easy it was to get caught up in the stories.

When I looked at the two bubbles they didn’t look any different, they were both full of the same beauty, potential, and creation. Yet it was each person’s beliefs and filters that changed how that world looked for them. It made that reality shine. I asked why the group on the left seemed to be and create from a different space. She answered simply “They understand that they are the creators of their own reality.”

It wasn’t long before I noticed that the bubble on the right had a few people pressed up against it and they were staring intently at the bubble on the left and the light that was shining so brightly from it. In the left bubble, there was a feeling of community, of love for self, each other and love for the Earth. It just felt like pure possibility. The people were not perfect but they were all willing to change and undo their programming.

My highest aspect grabbed my arm and with a big smile she said, “It is almost time”.

I then woke to my dog bouncing on me as she does when it is important for me to wake at that moment and write it all down. I woke joyously and with the feeling that all of us shining our light out into the world is and has worked.

This is a repost from 2019, but it feels more fitting than ever as we go through this time. With all the noise in our collective, we have to remember that in each moment we have a choice on where we focus our attention, our incredible creative abilities. I am so grateful to each one of you that chooses to shine, to be the beacon and the ray of hope. Thank you to all that share and support this work, it means the world.

Sending you all so much love Jenny

What are your dreams telling you about the new emerging paradigm? Where are you being guided to act and listen? What mysteries are whispering in your ear? We’d love to know your thoughts and hearts and prayers.

An excellent sharing of a special dream and its meaning. The person incapable of self-live reminds me so much of my former self – I gave away freely, as a way to love. What i learned is humanity includes me. And my offapring need to see me care about me so they’ll care about themselves without shame. Life is much better.

Thank you so much for writing this

This rings true to me. I have found myself back in a depression at the beginning of this year after being free of it for over 30 years. Now that I am feeling clear again, I recall recognising these truths early on. These were what broke the spell I had been in. From then on I lived by ‘if you don’t mind, it doesn’t matter’ & worked on positive affirmations to let go and move forward. I have always believed in the interconnectedness of life and our energy/force. Mindfulness is now so needed by all!
So yes, this is right!