Can thought, intention, and emotion influence the physical world? Many people believe that they can, but scientific models for testing and quantifying this idea often fall short. Classical physics has been very successful at understanding the physical nature of the universe, yet this world-view assumes that reality is limited to matter. This leaves classical physics ill-equipped to measure or quantify non-physical phenomena. This has led to a movement towards post-material science. If you experience intuition and other non-physical phenomena, you will be excited to learn that science is beginning to validate this realm. You will be inspired to explore the quantum ways that you are connected with the entire universe.

Spiritual practices like meditation, qigong, and yoga were considered forms of science long before Newton inspired classical physics. Quantum Physics flirts with realms of mystery that were traditionally reserved for mystics. There is no need to be on the sidelines as an observer because there are a few very interesting research projects happening in the interstices between science and spirituality, which we will explore below. Today we have an unprecedented opportunity to participate in this historic process that integrates physics, consciousness, and group meditation.

Classical Newtonian Physics is primarily focused on the material world, yet consciousness studies are one of the cutting edges of scientific research. This calls for a new paradigm that allows mind, consciousness, and non-material phenomena to be accepted into the equation of reality while finding adequate means to study and quantify them. A leading group of well-respected scientists have come together and presented a Manifesto for Post-Materialistic Science as a solution to the limitations of classical physics. As with any new field of inquiry, it is not without controversy and is upsetting to some members of the scientific status quo.

Major advances in science — revolutions, even — follow the collapse of outworn paradigms, whose overthrow is forced by the accumulation of empirical evidence that violates the paradigm. – Dave Pruett, Former NASA researcher; Emeritus Professor of Mathematics, James Madison University 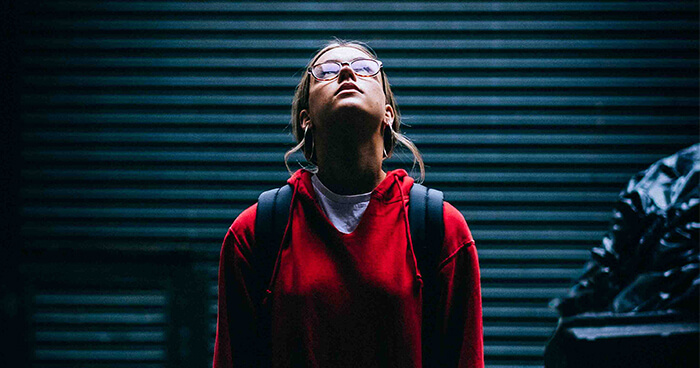 Consciousness studies are one of the cutting edges of scientific research. Image: Oliver Cole

How Science Arrived at the Doorstep of Spirituality

The first echoes of the need for a new paradigm that addresses the non-physical realty came from Einstein in the early 1930s. In his research, he observed something so bizarre that he could barely believe what he was seeing. He called it “spooky action at a distance”, which later became two of the main concepts studied in the quantum information sciences, known as entanglement and non-locality. Entanglement occurs when two particles are so deeply linked (by a quantum field) that one particle can instantaneously (meaning faster than the speed of light!) influence the other even at great distances non-locally. This implies that the physical distance between the particles is irrelevant, thus a quantum leap in our idea of what is possible.

Though this phenomenon is not fully understood, it is accepted in quantum mechanics. Maybe you have experienced a moment where you randomly thought of a loved one that you hadn’t thought about in a long time, then the phone rings and you pick it up to hear their voice? These sorts of ‘synchronicities’ happen often for many people, yet may be hard to prove exactly why or how they happen. Quantum physics is at the very beginning of exploring this phenomenon that has often been called coincidence…until now.

Without the spiritual world the material world is a disheartening enigma. – Joseph Joubert 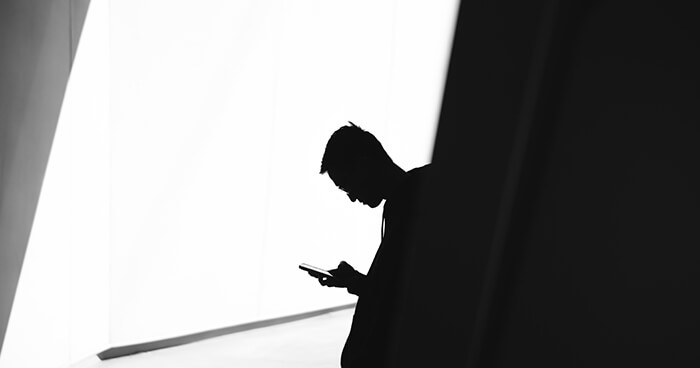 Have you had a moment where you randomly thought of a loved one, then the phone rings? Image: Warren Wong

Bill Tiller, Fellow to the American Academy for the Advancement of Science and Chairman Emeritus of Stanford University’s Department of Materials Science, spent thirty-four years in academia after nine years as an advisory physicist with the Westinghouse Research Laboratories. He has published over two-hundred and fifty conventional scientific papers, three books, and several patents. As a renowned scientist, he is also a strong advocate for meditation, non-physical science, and spirituality. He has coined the term Psychoenergetic Science to describe his work that combines consciousness and science.

For the last four hundred years, an unstated assumption of science is that human intention cannot affect what we call ‘physical reality.’ Our experimental research of the past decade shows that, for today’s world and under the right conditions, this assumption is no longer correct. We humans are much more than we think we are and Psychoenergetic Science continues to expand the proof of it. – Dr. Bill Tiller

Tiller is convinced that intention can influence physical substances and he has developed a crystalline-based silicon technology that can capture and store an intention directed by a group of meditators. This energetic intention resonates at a frequency that can be recorded or broadcast to achieve a designated effect in people. Early research with this technology in his lab at Stanford, as well as labs in London and Berlin, indicates the ability of directed human intention to increase or lower the pH of water by one point, the growing of larvae at a 30% increased rate, and the killing of bacteria at a 30% increased rate. This implies some sort of non-physical, non-local connection between intention and these physical substances.

As with any new field of study, there will be successes and failures. Scientists are vulnerable to the weaknesses that we all experience. Denial of facts, confirmation bias, resistance to new ideas, etc. are issues that scientists from the old and the emerging paradigm will need to address. Vigorous research can be expensive and funding can be hard to find for theories that are unconventional. So yes, there will be skeptics and there will also be new discoveries that topple long-held beliefs about humans, the universe, and what is possible. Just as Einstein was baffled and skeptical of his own observations of entanglement, we are all liable to have our preconceived notions challenged and overturned by this emerging field of non-material science.

Can I Get Involved?

Yes, you can! The best thing about consciousness research on a global scale is that it requires participation from lots of people. Since we face unprecedented challenges with climate instability, wars, and economic disparity, there has never been a more potent time on the planet for humans to collectively access higher realms of potential. We are ready for a quantum shift and we really need one.

Globally Synchronized for a Quantum Leap

Currently, leading minds in science, spirituality, and technology are learning to collaborate in ways that are certain to make some waves. The Merraki Institute has partnered with Bill Tiller and is conducting vigorous scientific research in another participatory global experiment. Merraki is a Greek word meaning, “Doing something with soul, creativity, or love” and it is refreshing to see this ethic being central to a scientific research project. If you are interested in participating in Tiller’s exciting new technology that uses crystalline-based silicon to store and emit an energy transmission of intention, you can learn more or get involved here.

We all exist within a larger field of energy, a quantum field. Perhaps love, intention, and emotion are entwined within this mysterious field? We have the ability to access various internal states of consciousness through meditation and mindfulness, we can alter our social relationships, and potentially we can shift things on a global scale. This process begins within, is deepened with personal practice, and is celebrated in the larger community that is engaging in these ancient practices.

We may finally start to see scientific validation for the unseen realms that many of us intuitively feel. Hopefully we will also begin to experience quantum shifts in the world around us as we deepen our understanding. We are not alone, and the boundaries where we begin or end as physical, emotional, and electrical beings is constantly being redefined by science. Unity consciousness may be a scientific law waiting to be discovered…

The combination of physics, consciousness, and group meditation is still in the early stages of exploration by science, but the potential for discovery is endless!

Top class article
love the writing style
keep it up. Check my articles there
https://whatapk.net/

I’ve read your article, and have to say – that
really is a real gem. The previous time I have run into something both well-written was https://edu-quotes.com/quotes/school/. Your material is truly a fantastic read, thanks.
Wish you a huge audience and inspiration for more articles.

Thank you for these informations.

Brian spoke of a past incident. This very thing is what concerned me as a was reading the article. How the misuse of this ability could destroy life. Interesting and terrifying at the same time.

How does one get a print of this article?The Power of Intention in the Physical World is worth a long study!

What was the outcome of the Merraki study?

I have a friend that i will call she. She was in her late teens in the mid 70’s. High IQ. And was into what I call AM “Advanced Meditation”. She could leave her body at will when meditating. She put together a group of people(6-9) to do AM. Each person was from a different state. No one knew anyone. She coaches this group in leaving the body and meeting together in the meditative state. They did it. They met together and continued to do so. Back in their bodies they would call each other and confirm what they said, wore, looked like. It was going really well. Until on one occaision, which became their last time. Imagine in your mediatative state you are meeting 6 others. You are chit chatting away. When a military man in uniform, steps into your group. And proceeds to say “you have entered a Restricted Area and must leave”. Back in their bodies they hurriedly called each other and confirmed that that had just happened. Never to do it again. This was the 70’s. I found the military program that was advancing in that arena thru Wikileaks. I believe it was HAARP. What i would like to know “is how do they monitor/police this level of conciousness?” Radar? Motion sensors? Aliens? What? Is this old news? Anyone familiar with this arena? Anyone from this group of people that would like to do it again. Contact me. I am a good friend of K__________. Anyone who has experienced this. And is interested in taking it further. Talk to me. Or is there someone that i need to listen to? Or a book i should read? Fascinated with Uncle Sam getting in our heads physically. Walking right into your dream. So….was your dream last nite AU NATURAL or Man Made? I find this a bit scary. And you?

The research piece itself, which was written in 1999, and was not peer-reviewed. It looks like the research has never been replicated. Also the rate change in lava and bacterial growth was half what the article reports. Though the methodology would need to change as there were quite a few ways the samples were treated differently. I don’t like ad hominem retorts, because they can be fallacious, though it is interesting that Tiller and the other authors wrote for the ‘journal of scientific exploration’ which is not a peer-reviewed publication, and has written mostly about ufos

Is there a way to test this in meditation to verify for oneself???
A simple practice to see if any noticeable changes???
What does Dr. Tiller recommend?

I would LOVE to participate in the Merraki study, but the financial requirements are preclusive to doing so. Will the Uplift community please keep us informed if there are any crowdfunding or sponsorship changes that might allow for scholarships or other less straining ways of participating?
[An email to the organizers prompted only a “These are the costs” type response.]

Agreed and putting it to practice
http://teambuildingonpurpose.com/what-is-your-mindset-are-you-self-sabotaging-your-growth-and-the-growth-of-your-clients-or-students/