How Trauma Can Lead to Radical Growth

In the tarot, the Tower card represents upheaval, sudden irrevocable change and destruction. The image on this card is quite cataclysmic, often showing a tower struck in two by lightning, burning, with figures falling from it. However, the interpretation of the tower is not as dire as the pictorial representation.

It reminds us that change is the nature of life, and that liberation often goes along with change. Although hardship and storms in life can be traumatic, it shakes up stagnant aspects of our lives and challenges fundamental assumptions, often serving as a wake-up call.

From past to present, we’re continuously astonished and inspired by people’s ability to rise beyond adversity, renewing themselves and transforming their experiences.

Post Traumatic Growth refers to positive psychological change experienced as a result of adversity and other challenges in order to rise to a higher level of functioning. (Wikipedia)

Many scientific studies have shown the negative impact that stress and trauma have on our physical, mental and emotional health. Experiencing suffering or trauma does not necessarily mean that what comes after the event is a damaged or dysfunctional life. While coping with traumatic events, some people discover their ability to grow in ways they hadn’t before. 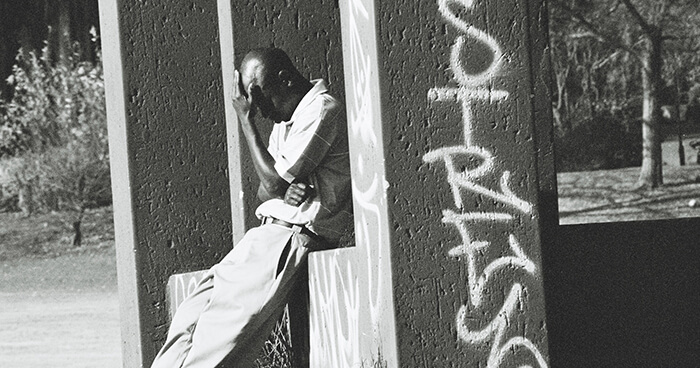 Can we rise above stress into a new place of strength? Image: Hennie Stander

Psychologists Richard Tedeschi and Lawrence Calhoun at the University of North Carolina pioneered the concept and they were the first to coin the term post-traumatic growth in 1996. The Posttraumatic growth (PTG) theory’s research shows that significant development occurs within the context of loss and pain.

The most consistent benefits shown are increased personal strength, self-confidence and determination. Closer relationships and compassion towards others is another positive change that signals PTG, as well as a greater appreciation of life in general. An individual’s priorities and philosophies can change for the better, and they can experience a deeper spiritual connection. Another PTG benefit is that people perceive new opportunities that are available to them after trauma.

This does not imply that an expectation should be placed on an individual to live a radically “improved” life after trauma. The opportunity for expansion is possible, but there are many factors that can influence how a person manages through crises.

The Importance of Engaging with the Trauma

According to Tedeschi and Calhoun, “certain kinds of personal qualities – extraversion, openness to experience, and perhaps optimism – may make growth a bit more likely. The degree to which the person is engaged cognitively by the crisis appears to be a central element in the process of posttraumatic growth. 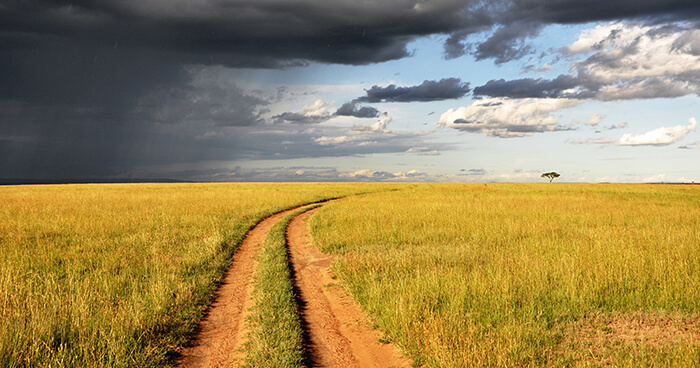 Imagining a pathway that leads from trauma to personal strength. Image: Pop & Zebra

The individual’s social system may also play an important role in the general process of growth, particularly through the provision of new schemas related to growth, and the empathetic acceptance of disclosures about the traumatic event and about growth-related themes. Posttraumatic growth seems closely connected to the development of general wisdom about life, and the development and modification of the individual’s life narrative.”

Spiritual teacher and author of the seminal book Be Here Now, Ram Dass, suffered a massive stroke at age sixty-five. The grace and wisdom he gained from this experience is a poignant example of posttraumatic growth. Author Sarah Davidson recounts listening to the first time Ram Dass spoke publicly about his loss of faith after his stroke: “Everyone saw me as a victim of a terrible illness. But what happened to my body was far less frightening than what happened to my soul. The stroke wiped out my faith.”

In the following months, he began to look at the effects of the stroke in a different way. He had been deeply humbled by the compassion of others, and he had learned what it was to be dependent instead of being the one who helps.

The stroke was giving me lessons, advanced lessons. It brought me into my soul, and that’s grace. Fierce grace. – Ram Dass

The articles are very helpful . I found myself reading and learning while trying to get out of an abusive environment. I found that knowledge truly is power , & forgiving myself and turning toward friends helped immensely! Thanks for your words of guidance & for the information out there knowing I wasn’t alone !

A lifetime of abuse.. an awakening.. and now my life feels completely meaningless! Waiting for death and it’s taking too long.

Another good quote by Ram Dass in the subject of healing is: “Together we are all on a journey called life. We are a little broken and a little shattered inside. Each one of us is aspiring to make it to the end. None is deprived of pain here and we have all suffered in our own ways. I think our journey is all about healing ourselves and healing each other in our own special ways. Let’s just help each other put all those pieces back together and make it to the end more beautifully. Let us help each other survive.” – Ram Dass https://awakeningvisions.com/ram-dass-quotes/

My son was so unhappy with life that he took his life two months ago. His mental pain was so deep that he chose to suffer the physical pain of hanging himself.
As his mother I find the pain is too great for me to comprehend why he could do this and then I think of his children, age 11 and 12 and I worry about their future. This article is a great resource for my toolbox especially for my grandchildren. I have to save it and reread it over and over it was so good!
Thank-you
Linda

In my experience, the deep humility is critical to the positive growth. It takes us out of ourselves. We learn to trust others. I compared it to jumping off a cliff. I was terrified! I’m still falling. I no longer worry about landing. I have met wonderful people along the way. I have learned important lessons which I would not have learned any other way.