When I was at university studying English literature, I came across a word and a movement that has never left my consciousness. When I first heard it I had no real understanding of the implications and the impact it would have on my life and on my writing. You could say it changed me, it continues to change me.

The word is, ‘Flâneur’ – a person who lounges or strolls around in a seemingly aimless way; an idler or loafer.

I was immediately struck by the harsh judgement on being idle, having nothing to do – I had always seen this as a luxury, a pleasant state of being. The lecturer introduced us to the Flâneur Literary Movement and further implications on how this social and cultural theory was being applied to modern living from the mid-eighteen-hundreds onwards.

In academic theory, a flâneur is a person who walks the city (or wherever they find themselves) for the deliberate and focused goal of simply experiencing it with totality. Naturally, the great flâneurs of the art world were seen walking in deliberate slow-motion – witnessing every aspect around them. The idea being that even in a seemingly non-eventful new urban street, life was teeming all around. Life that would be normally ignored or imperceptible. Nature was merging with modernity. Everything was intertwined. There were intersections that if not purposefully witnessed, would simply go unnoticed – but of course not unlived. Great debates around observation, perception and existence ensued.

If a tree falls in a forest and no one is around to hear it, does it make a sound? – George Berkeley 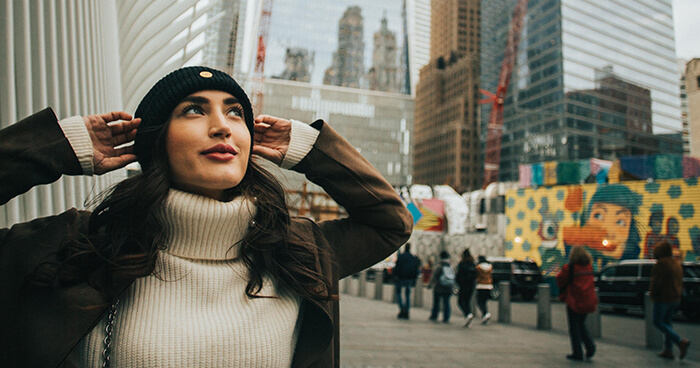 In some ways, it was an invitation to merge philosophy and poetry and apply it conceptually to the ever-changing modernity evolving in the times of the mighty industrial revolution. The world had seen nothing like it – everything was changing. And it still is.

The only constant is change. – Heraclitus

As we move from the primitive industrial age and into a technological and digital age we are literally being re-invented at a rate that we find both challenging and disturbing to assimilate. Our evolution as a species has been accelerating at a speed that shocks our nervous system and puts enormous amounts of stress on our neocortex. If this were being done in a lab, I am quite sure that the executive scientist would demand we slow the process down or stop altogether.

Flâneurs are the botanists of the sidewalk. – Charles Baudelaire

A Witness of Presence

As with most academic and literary theory, it has evolved, sprawled and influenced an eclectic array of art movements, philosophy, urban planning, literature and poetry etc.

In my later years, I would compare the flâneur to the meditator. To the seeker. To the one who is seeking to be in the Now. To witness objectively and impartially the world around them. I saw myself in this definition. Not an idle loafer but a witness of presence; of the grand unfolding of life in this particular illusion of time and space. It felt a great compliment and a vital part of working with this world as an interconnected whole rather than a superior separate — I found peace here.

I don’t want to get too mindy. I want to allow the impartial to stir my humanity. So, I will offer a poem that is inspired by a particular heightened time in my life as a dear friend was dying. I was attending to her and became so busy with the ‘doing’ that I found myself speeding up and out of ‘being’. Urgency can be a great thief of the Now if I am not vigilant. Coming back to the Now is essential. Especially when a dear friend is leaving her body. My friend lived in the subtropical rainforest. It was teeming with the Now. And as I was hurriedly darting back and forth, I was interrupted, I was compelled to sit on the steps leading to her house. It was as if Existence, Nature, my very own soul and my friend’s soul-voice all demanded that I, “STOP!” 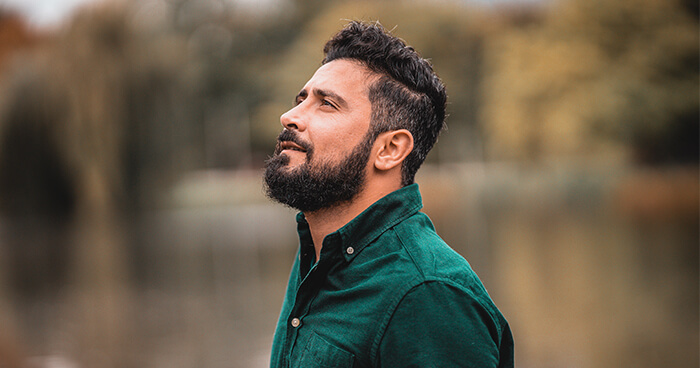 In all the ‘doing’ it’s easy to forget the importance of just being. Image: Omar Ram

I did, and my poet-flâneur took a great out-breath and composed the following poem:

Today, in the bustling rainforest,
I fell in love with several stone steps.

It wasn’t actually the stones.

Rather the pools of moss and lichen,
the flat matte vibrant shades of green
that over time had adorned them.

I felt I’d stumbled into their sacred vows.

I stood there between worlds unfurling
my true self at them in petal-speed.

They didn’t shy away but
rather revealed more and more
of their mossy siren song.

In these moments I belong here.

I sat running my fingers gingerly
over the moss — so as not to hurt it.

Tell us of precious moments when you have realised that you’re running too fast and perhaps on empty. Tell us how you’ve lost your graceful ability to witness your life in the present moment. Tell us how you’ve broken your vows over and over again. Tell us your commitment to come back to the Now, to kindness, to loving participation and curious conversation with yourself. Tell us how you plan to come home.

We are with you always.