Finding Peace with Our Enemies

He who fights too long against dragons becomes a dragon himself; and if thou gaze too long into the abyss, the abyss will gaze into thee. — Nietzsch

To humanize an opponent might be challenging to allies who are still inhabiting a ‘story of hatred’. They might interpret the new view as softness or betrayal. “How could you excuse those people?”

A friend of mine, a military veteran committed to peace, told me the story of a friend of his who had the opportunity to serve as the personal chef to none other than Dick Cheney, a man whom millions of liberals perceive as an awful human being, a soulless, duplicitous, conniving warmonger.

My friend, expecting confirmation of this view, asked his friend what it was like working for Cheney. He replied:

Wonderful. You can tell a lot about someone’s character by the way they treat the help, and he always treated me with warmth, dignity, and respect, even though I was only a cook. 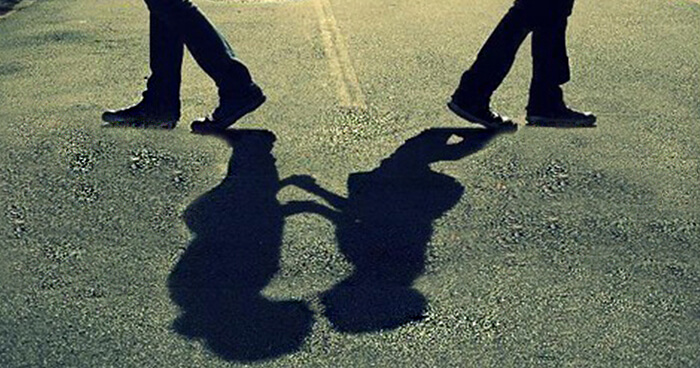 How you treat your enemy is mirrored back to you.

This is not an endorsement of Dick Cheney’s political views or conduct. The point here is that a perfectly decent human being, harbouring the same basic motivations and fears as any other human being, can do awful things in one context and admirable things in another.

The error of attributing bad behavior to personal evil is that there is a mirror image that does result in a kind of betrayal. It is to think that because Cheney, or perhaps some corporate CEO, is a friendly, intelligent person, their views must not be so wrong either.

This leads to the phenomenon of ‘Beltway Environmentalism’—describing those who have worked so long and closely with their Washington counterparts in business and government that they absorb much of their worldview and, more insidiously, their consensus about what is possible, practical, and legitimate. It is a challenge to stay true to what we serve without vilifying those who do not serve it. 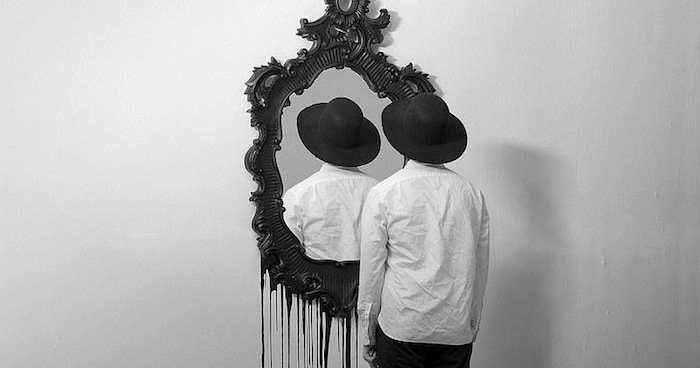 If we put out hate, then hate is reflected back at us.

Wouldn’t it be nice if the problem were indeed the greed and wickedness of the dastardly individuals who hold the reins of power? The solution would be so simple then—simply remove those people from power, scour the world of evil.

But that is just more of the same war against evil that has been with us ever since the first agricultural civilizations invented the concept of evil to begin with. More of the same will only bring more of the same. Surely the time has come for a deeper sort of revolution. Transition activist Marie Goodwin comments:

The solution of rooting out the ‘bad’ would make the solving of the world’s problems, which seem so very overwhelming, a task that is doable in our current paradigm. This is why we defend it at all costs. I think people get really overwhelmed by today’s constant barrage of bad news and disaster stories, all of which (we are told) can be solved by winning, mostly with force, the fight of good and evil. 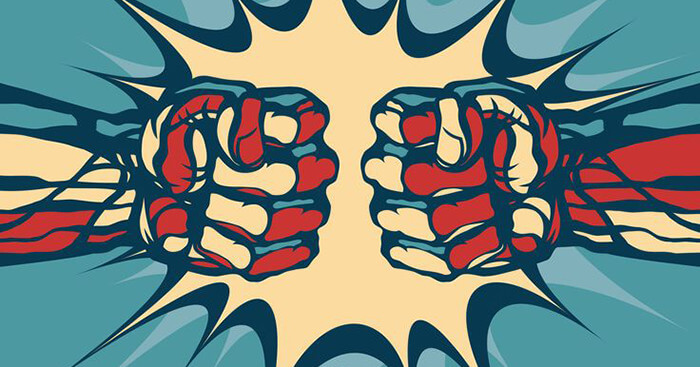 It is easier to simplify it down to good versus evil.

It is reassuring because it reduces many problems to one problem and makes sense of the world in a way that doesn’t challenge our deeper mythology.

In a perverse sort of way, by refusing to hate, we are committing a kind of betrayal. We are betraying hate itself; we are betraying the ‘story of the world’ that pits good versus evil. In doing so, we incite the scorn and fury of former allies, who deride us for being so soft and naive as to think their opponents can be treated as anything but implacable enemies.

I remember reading a column by the brilliant and abrasive leftist Alexander Cockburn, in which he recalled a formative experience in his education as a political journalist. An editor asked him, “Is your hate pure?”, a refrain that Cockburn repeated to many an intern. Cockburn’s was a world of hypocrites and blowhards, of venality and greed, of bold-faced liars and consciously cruel leaders, and of the sycophants and shills who enabled them. 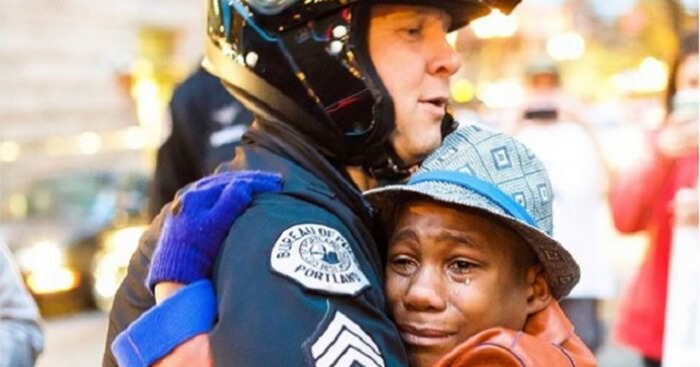 It is your choice to refuse to hate your enemies.

I must confess to a kind of unholy delight in the wit and venom with which he dispatched his opponents, but I was aware as well of the psychological pressure—separate from the evidence or reasoning he presented—to agree with his worldview lest I be numbered among the dupes and apologists he so viciously skewered.

With equal fervor, though perhaps less finesse, pundits on the right do the same thing Alexander Cockburn did. Underneath the slurry of opinions, the same mindset prevails. Although we recognize ad hominem attacks as unfair or irrelevant, we are helpless to resist launching them, because of the dispositionism that permeates our beliefs. So-and-so disagrees with me because she is a bad person. For ‘bad’ we may substitute all manner of adjectives, but the judgment is palpable.

I have given up reading comments on my articles because of all the personal invective I must wade through. Commentators impute onto me all kinds of intellectual and moral deficiencies. I am naive. I am a narcissistic wannabe hippie who has never had any real experiences. I am just another arrogant white male hogging a stage. I have overlooked a trivial logical flaw in my argument. I should get a real job. 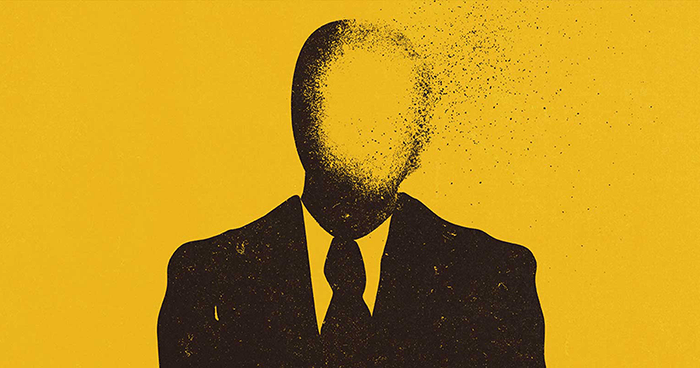 Try to see beyond the idea of a faceless enemy who is all bad.

Life on a Pedestal

And on the other hand, supporters project onto me various saintly qualities that I obviously do not possess, at least, no more than anyone else. That feels nice. The problem is, once on a pedestal there is only one place to go next. The slightest misdemeanor on my Facebook page provokes intense criticism. I post a photo of my teenage son with his prom date and get criticized for objectifying women (because I called her a ‘prom date’). I post a picture of my baby son asleep on my lap while I write, and I get criticized for exposing him to electromagnetic radiation and not giving him empathic attention.

My point here is not to defend myself—the criticisms have some validity. What is significant is that the critics sometimes say, “I now have to question your message” or “I can no longer in good conscience endorse your work”. This is alarming: I certainly don’t want anyone’s acceptance of, say, the proposals in Sacred Economics to hinge on my personal moral purity.

If you are reading this because you are under the impression that I am some kind of saint, you might as well put it down right now, lest you discover someday on Facebook that I’m no better than any other human being, feel betrayed, and dismiss my message as the ravings of a hypocrite. I hope that you will consider these ideas on their own merits, and not on mine. 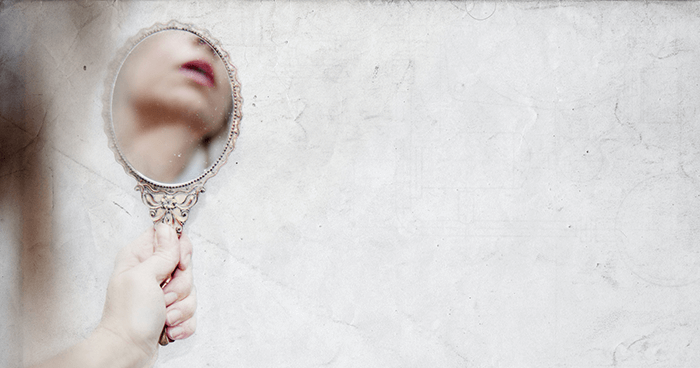 Putting anybody on a pedestal is detrimental to you and them.

Ad hominem attacks seek to discredit the message by discrediting the messenger—a tactic that draws on the converse of the dispositionist view that people say bad things because they are bad people: if one can show they are bad people, then what they are saying must be bad too.

The situationist knows that this view is mistaken and that tactics drawing from it are likely to be counterproductive. Yes, we should continue to expose the truths of history and the workings of the world, but if we want those truths to be heard we must not wrap those exposés in the usual penumbra of blame.

The logic of control tells us that by shaming the perpetrators we can change them, but actually we only drive them deeper into their story. When I am attacked, I seek allies who will defend me. “No, it is the environmentalists who should be ashamed, not you!” On and on we go on the blame merry-go-round. 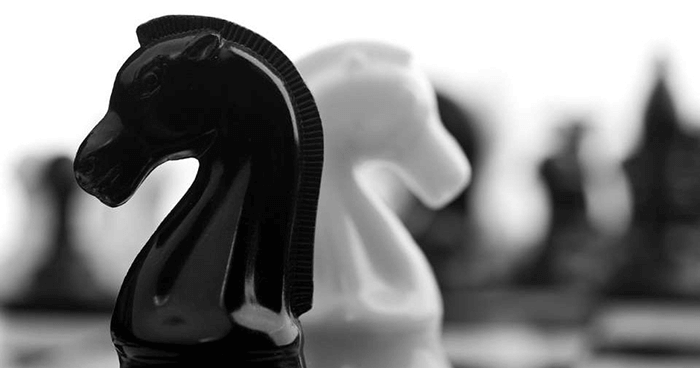 Move away from blame to end this negative cycle.

When we deploy rhetorical flourishes such as, “The fault lies with the fat-cat banksters who care not a whit for the suffering of the common man or the degradation of the environment”, we also make ourselves sound ridiculous to the bankers themselves, who like most human beings do in fact care about their fellow humans and the planet.

If we want to reach them, our articulation of the problem has to avoid ascribing personal evil to them, while also being uncompromising in describing the dynamics of the problem. I cannot offer a formula for how to do this. The right words and strategies arise naturally from compassion: from the understanding that the bankers or whoever do as I would do, were I in their shoes.

In other words, compassionate—and effective—words arise from a deeply felt realization of our common humanity. And this is possible only to the extent to which we have applied the same to ourselves. Truly, to be an effective activist requires an equivalent inner activism. 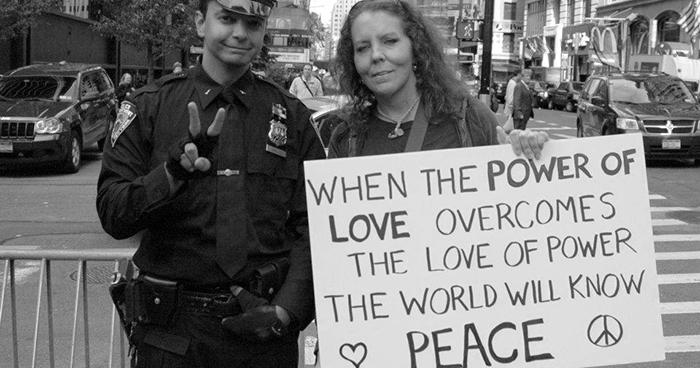 Treat those that you see as your enemies with compassion.

When we ourselves stand in a different story from blame and hate, we become capable of dislodging others from that place too. Our peaceful hearts change the situation, disrupting the story in which hate comes naturally and offering an experience that suggests a new one.

Hold on. Maybe I am saying this only because I am naive. Maybe my soft, coddled upbringing has blinded me to the reality of evil and the need to fight it with force. It is certainly true that I have not experienced firsthand the worst of what human beings can do to each other. But let me offer you the story of the South Korean activist and farmer Hwang Dae-Kwon.

Hwang was a militant anti-imperialist protester in the 1980s, a dangerous activity during that time of martial law. In 1985, he was arrested by the secret police and tortured for sixty days until he confessed to spying for North Korea. He was then thrown into prison, where he spent thirteen years in solitary confinement. During this time, he says, his only friends were the flies, mice, roaches, and lice that shared his cell, along with the weeds he met in the prison yard. 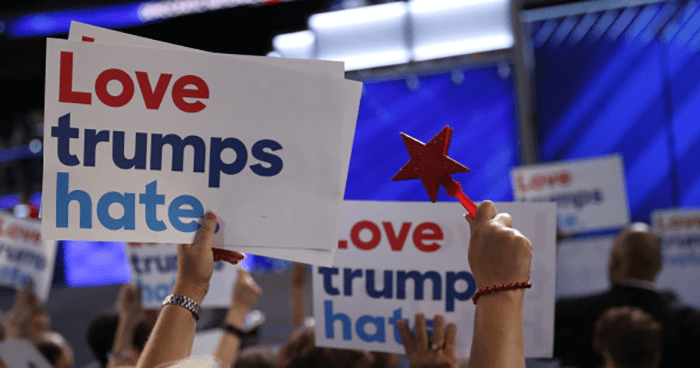 Let go of your story of hatred and embrace peace.

The Power of Peacefulness

This experience turned him into an ecologist and practitioner of nonviolence. He realized, he told me, that all the violence he had endured was a mirror of the violence in himself.

His number one principle for activism is now to maintain a peaceful heart. At a recent demonstration, a line of police equipped with riot gear was marching toward the demonstrators. Hwang walked up to one of the police and, with a big smile, gave him a hug. The policeman was petrified—Hwang said he could see the terror in his eyes.

Hwang’s peacefulness has rendered him incapable of violence. For this to ‘work,’ though, the peacefulness must be genuine and deep. The smile must be real. The love must be real. If there is an intent to manipulate, to show the other up, to highlight the brutality by contrasting it with one’s own nonviolence, then the power of the smile and the hug is much less strong.

Excerpt from Chapter 26 of The More Beautiful World Our Hearts Know Is Possible.