As a psychotherapist it’s part of my job to pay attention to the forms of communication people use; words, body language, gestures, physical symptoms, feelings, and emotions. About ten years ago, in my sessions with clients, I began hearing a particular word more and more frequently. It hit me by surprise every time. But more mystifying would be to hear it, this word, being used out in the everyday ordinary world, in ‘street conversations.’

It became obvious, even poignant, in exchanges with regular folks; delivery truck drivers, plumbers, firefighters etc. There seemed to be an ever-increasing presence of what was for me something completely out of place; the unexpected occurrences, the ones now surfacing more frequently in regular exchanges; while waiting in grocery lines, paying for petrol, or making small-talk. No matter how many times I heard it, it always made me pay attention.

I have continued to entertain doubts about all of it. I have often caught myself wondering if what has been going on was a bit of confirmation bias on my part. ‘Hey, he just used the ‘R’ word!’ I was alert to it, and on the lookout for it, so I tended to notice it. I couldn’t be sure.

The word wasn’t new to me. ‘Resonance’ became an element of my therapeutic thinking over twenty-five years ago. But now it seemed to be creeping into society, spreading, causing my attention and focus to broaden and intensify. Almost without effort, I began noticing how this idea of resonance was somewhat spontaneously linking up in my mind to that well-known quote by Gandhi, “Be the change you wish to see in the world.”

For me, the ideas of ‘being’ and of ‘resonance’ were somehow very intimately related. Being-ness has a frequency – a resonance, doesn’t it? If we have a more luminous planetary outcome in our minds, in our imaginations, doesn’t that inner vision also carry a resonance – a higher vibratory nature? 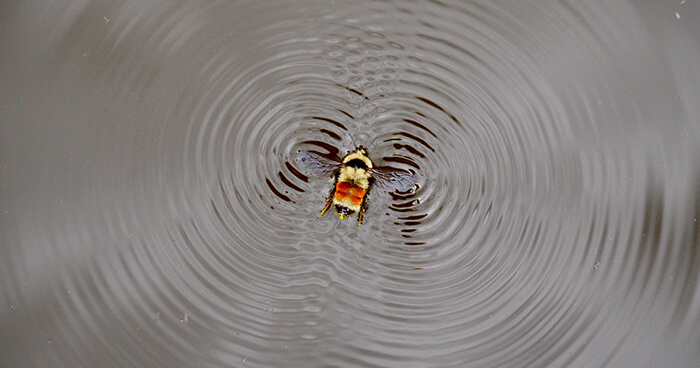 The two consistent elements of resonance are energy or frequency and change. Image: Mike Lewinski

I rechecked the dictionary definition of the word resonance and noticed there are a number of versions depending on the area under consideration: sound, music, physics, mechanics, chemistry, and astronomy. Regardless of the field of study, there are two consistent elements.

In my ongoing considerations, various questions naturally arose. Was there something novel issuing from the collective minds and hearts of humanity? Was an emergence of the principle of resonance seeping into a more consciously lived-awareness of feelings?

Being Rather than Doing

Did a greater awareness of the feminine principle, of being rather than doing, of feeling rather than thinking, of receiving rather than acquiring – was it waking us up into an entirely different way of being? And the human species, could it be caught up, involved, in some kind of evolutionary mutation through this principle of resonance … were higher notes influencing us – bringing us into new and elevated frequencies?

I find myself talking to a mechanic as he checks out a glitch in my car’s electrical system when I hear it … and I’m thinking in the back of my mind, ‘This six-foot-two guy with tattoos and grease all over his arms is using the word. It belongs to the physicists, doesn’t it? Or maybe to what detractors call touchy-feely new-agers, but not this guy.

“Yeah mate – I hear ya – but that it could be the alternator just doesn’t resonate with me … no bloody resonance at all mate.” The incongruence seems palpable as he tells me about my car’s electrical challenges.

The Waning of Impact Causation

Various prominent therapists and a number of depth psychologists have been suggesting for a while, that something really is happening. A re-emergence of our feeling natures; the return of the divine feminine.

For almost thirty years as a practising one-on-one therapist, and for some ten years seeing the idea of resonance as something that seems to be spreading. I love the contemplation and the important questions that arise to help us process and progress this phenomenon. 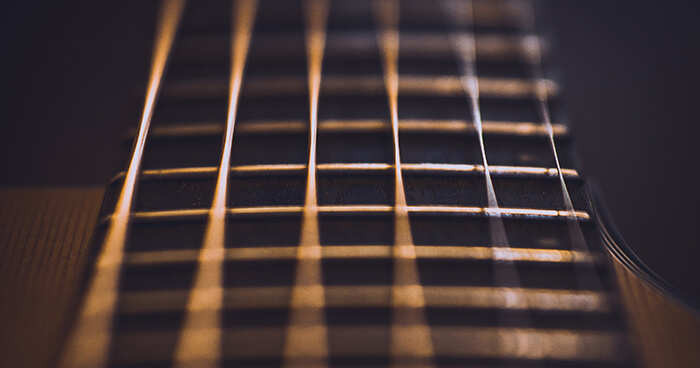 Like the vibrating surrounding strings on a sitar, everything we do has a knock-on effect. Image: Derek Story

For thousands of years, humanity seems to have been operating on what we might conveniently call the principle of ‘impact causation.’ This is evident in just about every account of human interactions up to now – from child-rearing to military expenditure.

The theme of ‘impact causation’ unfolds along these lines:

Force it! Push harder! Try harder! Make it happen! Build a bigger military to hit ‘em harder! Make a more powerful economy! Dominate! Overwhelm through physical presence and physical power! Smash them! Blow them up, ad nauseam. There are ‘warriors-for’ and ‘wars-against’ for just about every cause and circumstance – from the sinister to the sublime. Is there another, better way for things to occur and for change to happen?

Gandhi – Resonant Causation and ‘Being the Change’

What did Gandhi really mean when he said, “Be the Change you wish to see in the world”?  Whenever I’ve changed my resonance, especially by modulating my emotional states, I have noticed that the whole world seems to change accordingly (even magically). For the sake of contrast let us call this way of things occurring as ‘resonant causation’ – as differing from the above-cited ‘impact causation.’

Here are a few points for consideration and further research. 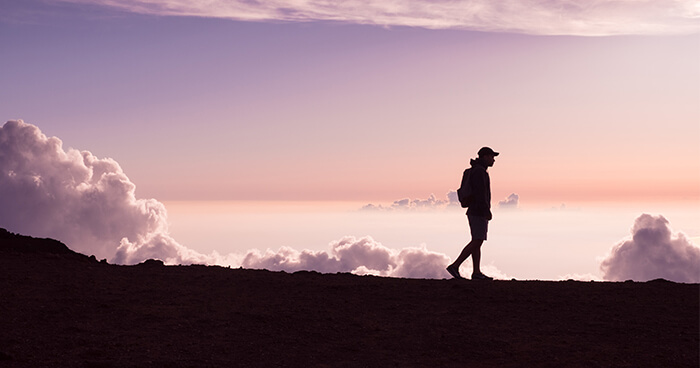 That’s why you must walk so lightly. Image: Jad Limcaco

Resonant causation is one way to understand this category of change.

I’ve seen thousands of clients who carry heavy, ‘low-frequency,’ contracting and depleting emotional baggage. When they finally let that baggage go, they often emerge into what could easily be called a higher frequency (resonance), wherein their faces lighten up, body postures shift, and then, almost ‘miraculously,’ often within days, get that seemingly random phone call from an estranged parent, child or lover … or land that once-unimaginable job … or have an influx of needed funds, or notice how the whole ‘outside world’ seems brighter and lighter.

We also find examples where higher resonance, vibratory-being-ness, flows into the realms of peaceful activism. In fairly recent events in Turkey, demonstrators protested by standing silently, non-violently, in a clear formation, hands immobile in pants pockets, remaining perfectly still in streets without doing anything except for holding in mind the outcome they were seeking. Police were completely baffled and consequently seemed less capable of their usual combative reactivity. This is a modern-day expression of what Gandhi was already doing decades ago.

Aldous Huxley, from his visionary book Island, captures the essence of ‘resonant-causation’.

It’s dark because you are trying too hard. Lightly child, lightly. Learn to do everything lightly. Yes, feel lightly even though you’re feeling deeply. Just lightly let things happen and lightly cope with them … throw away your baggage and go forward. There are quicksands all about you, sucking at your feet, trying to suck you down into fear and self-pity and despair. That’s why you must walk so lightly.

What do you resonate within this article? Have there been noticeable changes in your external landscapes when you have changed your inner frequency or vibrational landscapes? What synchro-mystical events have occurred in your world when you pay attention to the phenomenon of resonance?

Get it straight twits and you will have resonance.Look for similarities…of any kind.They exist ln a field of energy …ad intensity…more …now it starts to resonate…in harmony or lightning strikes.!! Joe’s quest for higher consciousness through morphic resonance…..?

I changed my inner landscape. Become always more fine feeling. Now it didn´t resonate anymore with my outer world. So I changed that too. Now I live in my camper on 9 square meters. And have all I need. Now I can smile. I am in resonance with my eternity.

Totally resonate! Especially with the fact that once we put down our baggage, we automatically raise our frequency toward being lighter… brighter.

There’s so much in what you’ve shared – very grateful. Aldous Huxley – in particular Brave New World – shaped my worldview as a young man. It’s nice to see a lighter, more uplifting view of life than soma and predestination… Namaste

I love the Aldous Huxley quote, and find these powerful words of wisdom. I have long noticed that computers or cash registers slow down or crash when I am in a hurry. And sometimes even when I’m not. I have concluded that my own sensitively-wired neuro-electrical system interferes with the computer’s, and the ‘resonance’ gets it confused! I think of resonance as an example of the field of Oneness — I can read something powerful at the computer and feel the impulse to get up and go look out the window at my bird feeders and see an amazing moment of unusual birds converging as if to emphasize the impact of what I’ve just read.

Really enjoyed this and it was just what I needed to read today. Thank you!