Boost Your Immune and Stay Strong

Every day our immune systems are confronted with any number of new pathogens and bugs as well as the potential of COVID-19 infection. Public places such as grocery stores, gyms, schools, and libraries can be germ hotbeds. The best defense is a healthy, robust immune system — it’s easier to fight bugs off before they gain a foothold in our bodies, making us sick, than spend days recovering in bed.

Ancient Ayurvedic medicine offers several immune-supporting options in the way of herbs. These herbal allies have stood the test of time — thousands of years of use are a testament to their potential benefits when fighting foreign invaders. Here are five Ayurvedic favorites.

Also known as Indian Gooseberry, Amalaki, sometimes called “Amla,” is called the “mother” herb for its multitude of health benefits. Amalaki is a fruit that is “wildcrafted,” meaning that it is gathered from undeveloped forest regions rather than cultivated — it is preferential to use Amalaki from areas that have been certified as organic to avoid environmental contaminants and over-harvesting.

Amalaki is rich in heat-stable Vitamin C, and its polyphenols support digestion — science now understands that seventy-five percent of the immune system is in the GI tract, and supporting optimal digestion also supports immune health. In Ayurveda, Amalaki has traditionally been used to help strengthen the immune system and “cool” the body.

Considered the most sacred herb in India, Tulsi, also called Holy Basil, is cherished for its broad-spectrum health-supporting characteristics. Modern research is confirming Tulsi’s benefits — science has identified the immuno-modulating action of Tulsi. In India, many chew fresh Tulsi leaves when they feel the symptoms of contagious seasonal bugs. 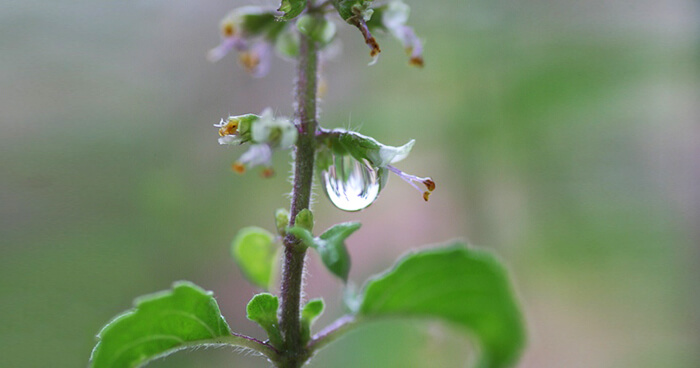 One researcher states, “Tulsi’s broad-spectrum antimicrobial activity, which includes activity against a range of human and animal pathogens, suggests it can be used as a hand sanitizer, mouthwash and water purifier and to protect traveler’s health.”

The wear and tear of daily stress can leave our immune systems compromised. Adaptogenic herbs such as Tulsi help our bodies cope with environmental, emotional, and physical stress, which in turn supports immune health.

While Moringa is cherished as a nutritional powerhouse superfood, with ninety-two different nutrients and forty-six specific antioxidants, few may understand its significant immune-supporting characteristics. Moringa is considered an “immunomodulator,” meaning, “a substance which stimulates or regulates the immune system including both innate and adaptive immune responses” according to one research paper.

This means that rather than artificially “boosting” immune function, the biochemicals in Moringa regulate immune function, allowing the body’s own intelligence to respond to threats. Moringa’s nutritional benefits support overall health, which in turn optimizes immune system health.

While it is most known for its possible liver-protective characteristics, Katuki is also valued for supporting healthy immune function in Ayurvedic medicine. According to Dr. John Douillard, a well-known Ayurvedic practitioner, Katuki supports lymphatic function — the lymph nodes are the body’s internal drainage system, and help to “clean” the organs and circulatory system. Katuki is also used in Ayurveda to support healthy spleen, gallbladder and liver function. 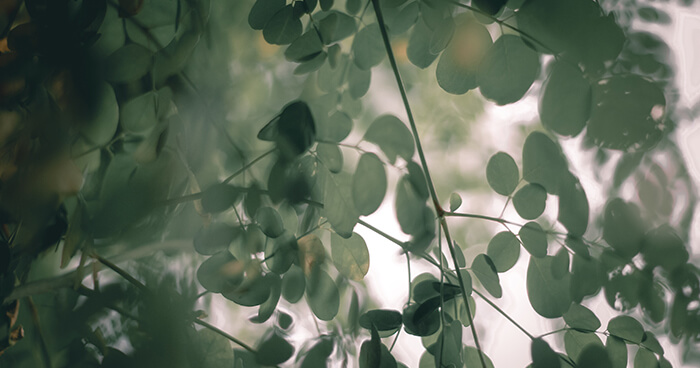 One of the most studied of all the Ayurvedic herbs, Turmeric is cherished for a variety of health-supporting characteristics. While it is commonly used to support healthy joint function and as a tonic for arthritis and inflammation, science now confirms that Turmeric has significant immune-supporting qualities.

According to one research paper, the bioactive compound in Turmeric, called “curcumin,” “…has been shown in the last two decades to be a potent immunomodulatory agent that can modulate the activation of T cells, B cells, macrophages, neutrophils, natural killer cells, and dendritic cells.” In simpler terms, Turmeric has been proven to support the many cellular and biochemical activities of the immune system.

The immune system works overtime to protect us from the “free radicals” that cause damage to healthy cells — Turmeric’s known antioxidant action helps take some of the load off the immune system by fighting free radicals. Another study states that, “Curcumin, a chief ingredient of turmeric, has been confirmed to have antibacterial, antiviral, and antifungal activities.”

The takeaway from this herbal wisdom is that as far as the immune system goes, being proactive has long-term value. In other words, the best defense when dealing with seasonal bugs and immune challenges is a good offensive strategy that includes a nutritious diet, plenty of sleep, hand-washing, and taking advantage of ancient herbal wisdom.

What are you doing to keep strong and positive? Do you have any immune-boosting tips to share? Do you agree that we need to focus on gut health and immune health as a way of combating viruses? We’d love to hear from you in the comments below.

Stay healthy and strong in your mind, body and spirit. Take care of yourself and of others equally.

We love you
Team UPLIFT

Wow, I first ‘discovered’ Moringa in West Africa (Senegal). There, Moringa is the go-to-first for maintaining health. It is used to make ordinary, everyday sauces !!!! You are so right on point: ‘offense is the best defense’ !!!!!

Thanks for this! So refreshing to hear someone advising boosting our own immune system rather than relying on an unknown future vaccine. A real no brainer!
Kathryn

Very good, Our family eats as close to the root as possible. We also move our bodies every day. Fruit and veggies work very well also. Remember: acquire a taste for healthy food will work in the long run.
The ongoing challenge.