BY Michael Balson
Welcome to UPLIFT
Stories of Love
Big, Big Questions into Grace
What Are We Really?

Q. Why do we exist?
A. So the universe can experience itself.

That’s a very human answer. But if the other planets that share our solar system are anything to go by, most of the universe doesn’t know or care if it exists. But we know – we sentient Human Beings down here on Earth. A better question might be…

Does anything on Mars know Mars exists? Unlikely. It’s we Earthlings who breathe life into the Red Planet. It’s we who mythologise Mars, name it after a Roman god, write adventure stories about it and send rovers to explore its surface. Without us, Mars, like every other planet in our solar system, would be completely unaware of its own existence.

And if Earth was orbiting out beyond Mars, eight lifeless planets would be spinning aimlessly and unwitnessed in the cold, dark vacuum of space and you would not be reading this!

Q. Does a rock have awareness?
Science has shown us that rocks have a vibrant atomic structure. Animists believe everything that exists is alive. But Buddhists believe objects require sentience to actually experience life. Sentience is the capacity to feel, perceive or experience subjectively. This means every living creature from an earthworm who spends its life in the dark eating dirt, to the most exalted Human, is a sentient being.

We live in a lifeless solar system, with one notable exception. Our shining blue pearl of a planet spins in its Goldilocks orbit; the perfect distance from the Sun, not too hot, not too cold – just right for the epic drama of life to unfold. There have been five mass-extinctions of life on Earth. In each one, more than ninety percent of life was wiped out. And after each, the cards of Life were reshuffled and many different life-forms emerged. The last mass extinction was sixty-five million years ago when a wayward asteroid smashed into the Earth, wiping out all the dinosaurs on land and in the sea. The end of the dinosaurs allowed the rise of mammals, including ourselves. If not for that asteroid, we humans would not have evolved and it’s likely dinosaurs would still rule the Earth.

As far as we know, Earth is the only planet in the universe where life exists. (Highly unlikely, but space distances are so vast, other life is, so far, of little consequence). It’s from Earth that we sentient humans observe, name and dissect the machinations of everything in the perceived universe. The popular belief that we are inconsequential little people living in a vast objective universe which exists outside and despite us, is a great misunderstanding. 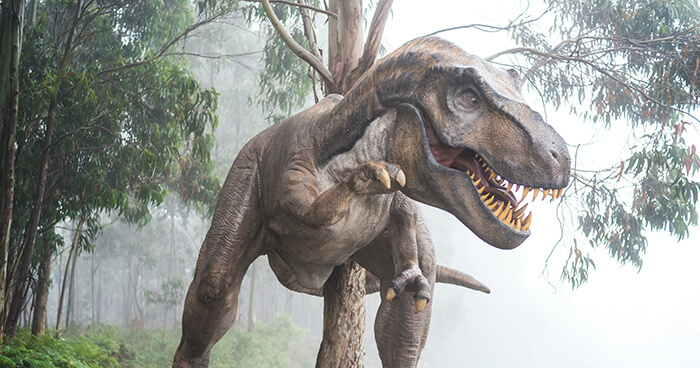 If not for that asteroid, it’s likely dinosaurs would still rule the Earth. Image: Fausto García

There is no outside. Everything takes place in consciousness – and consciousness doesn’t have sides. We are the world. Each unique life is the hero journey, epic and incomparable. Each of us is an alchemist turning base-matter into consciousness and bringing our own unique universe into manifestation. Or perhaps, each of us is consciousness turning base matter into lived experience? The universe each of us experiences is entirely subjective. An objective universe definitely exists, but it remains notional and can never be experienced. The only universe we can ever experience is totally personal. So, this makes every life unique and profoundly significant, especially our own.

So, What Are We Really?

To properly answer this question, we have to go back to the beginning. Well actually, there never was a beginning. How can a universe that’s infinite and eternal have a beginning – in time or space? It’s becoming clearer to scientists that we live in a multiverse of infinite universes that are forever exploding into existence, expanding and after billions of years, collapsing like enormous soap bubbles in an infinite ocean.

But humans need stories and every good story has a beginning, so we called it the Big Bang, when this universe exploded into being – and it happened thirteen and a half billion years ago. After the BANG, the amorphous gas clouds that wafted in space are our most ancient ancestor. The builder of the universe is gravity. In a scientific sense, Gravity is God. (or if you prefer, God uses gravity) Without gravity, these gasses would have just wafted around for eternity. No stars or planets would have formed. Instead, gasses were drawn together by gravity, coalesced as spheres, and as they gained ever greater size, they ignited under their own sheer mass as stars.

Powered by gravity and vast supplies of gas, stars go on exploding like fusion bombs for billions of years in the cold vacuum of space. Our Sun is a third-generation star. It was pre-dated by two massive, blue-hot, unstable supernovas, which exploded and birthed our Sun and solar system around four and a half billion years ago.

In a sense, we really are space creatures. We are star children, born from the stuff of stars. We evolved on Earth but space was our first home and is still our planet’s mega-home. Logically, nothing came out of nothing. Everything was preceded by something else. Ad infinitum. Each of us has an unbroken lineage going back forever, through countless universes and myriad life-forms and a great deal of fire and gas. At least eighty-five percent of our bodies are made of gas, mostly hydrogen, oxygen, nitrogen and carbon. But all the other minerals and elements that comprise our bodies were also once gas. 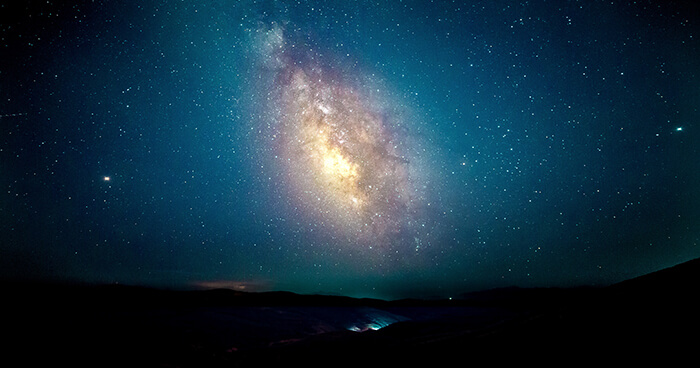 We are star children, born from the stuff of stars. Image: Gregory Hayes

So, we are gas beings. Thinking, feeling, feeding, fighting and loving gas beings. But even more extraordinary, when we dive into our atomic structure we realise we are mostly made of nothing. Professor Brian Cox held up a pebble the size of a five-cent piece and said, “If this is the nucleus of an atom, the electron is a mile away and the size of a speck of dust.” Atoms are the building blocks of everything, yet are so diaphanous they barely exist at all.

So, What Are We Really?

We are mostly nothing, sentient, solar-powered gas beings. We are Star children and alchemists, continuously converting base-matter (sunshine, air, food and water) into consciousness.

It doesn’t matter which way you see it, because consciousness is a holistic process. It requires space, the Sun, the Earth in its Goldilocks orbit, our nurturing biosphere and protective magnetic field, photosynthesis providing food and water, evolution over billions of years with fortuitous mass extinctions, and last but not least, a body, brain and mind with that mystical spark – the alchemy to bring it all into existence. And it’s in consciousness where Lila, the play of life, is acted out.

So next time you feel contracted, depressed or down on your luck, just reflect on some of the things we really are.

The Galaxy Song from Monty Python sums it up. The Video link is at the end – Enjoy!

Whenever life gets you down, Mrs Brown,

And things seem hard or tough,

And people are stupid, obnoxious or daft,

And you feel that you’ve had quite eno-o-o-o-o-ough,

And revolving at nine hundred miles an hour.

It’s orbiting at nineteen miles a second, so it’s reckoned,

The sun that is the source of all our power.

Now the sun, and you and me, and all the stars that we can see,

Are moving at a million miles a day,

In the outer spiral arm, at forty thousand miles an hour,

Of a galaxy, we call the Milky Way.

Our galaxy itself contains a hundred billion stars;

It’s a hundred thousand light-years side to side;

It bulges in the middle sixteen thousand light-years thick,

But out by us it’s just three thousand light-years wide.

We go ’round every two hundred million years;

And our galaxy itself is one of millions of billions

In this amazing and expanding universe.

Our universe itself keeps on expanding and expanding,

In all of the directions it can whiz;

As fast as it can go, at the speed of light, you know,

Twelve million miles a minute and that’s the fastest speed there is.

So remember, when you’re feeling very small and insecure,

How amazingly unlikely is your birth;

And pray that there’s intelligent life somewhere out in space,

‘Cause there’s bugger all down here on Earth!

‘Galaxy Song’ from Monty Python’s The Meaning of Life.

We’d love to know how you feel about this article. What can you embrace? What gets you scratching your head? Did you feel a sense of relief in the sheer synchromystical improbability of you being here? Share your magnificent insignificant significance with us. We hope this has given some joy, humour and shaken some old cobwebs of ‘certainty’.

We love you,
Team UPLIFT

Good LORD, what a hypocritical description, where not even a single line has a base. Our body is 70% water and he talks of gas.

It is true. Thanks for sharing this.

Let it be, “AS IS” The greatest knowledge is the unknown and that explains it all!

I love that the Universe is a mystery . If we knew the answers to everything , we would have no reason at all to be here. Which of course raises the very question of why we ARE here. I personally do not believe there is a higher power God, Bhudda etc other than the Universe. Nor do I believe we are here to prove something to a higher power.
I do believe that since we are here we have a need to prove something to ourselves.That something is different for each of us. There is no grand master plan. Our existence is what we make of it . We have consciousness ..somehow..so we might as well use it to the best of our ability.

I believe the Good Lord Put it here as He did us. So all this doesn’t seem as truth to me. I can only Pray that I am right. I have to believe that there are angels among us sent down to us from somewhere up above. I think I have had a few of them walk & talk to me.

So that brings me to thought, that consciousness never dies, so we containing as such, possible in difference forms, or what’s your thoughts on life after death.?

Love the part about gravity!

Well, I am just very happy to be here and want to say to all the universe, “HELLO.”

Sending gratitude and love for this awareness.