Wisdom of an Andean Mystic

BY Jacob Devaney
Welcome to UPLIFT
Stories of Love
Wisdom of an Andean Mystic
This is not your usual story of going to the jungle to try Ayahuasca...

Few people realize that the Hopi Tribe of Northern Arizona have clans that are descendants of tribes from the northernmost to southernmost tips of the Americas (and quite possibly beyond that). The Q’ero are believed to be descendants of the Inca, who fled high into the Andes where they successfully hid from outsiders until recent decades. Kenosis Spirit Keepers had created the cultural exchange program, and Don Americo Yabar was playing a central role in translating between cultural leaders. I was brought along by Carla Woody to help document and assist my Hopi friend, Harold Joseph. 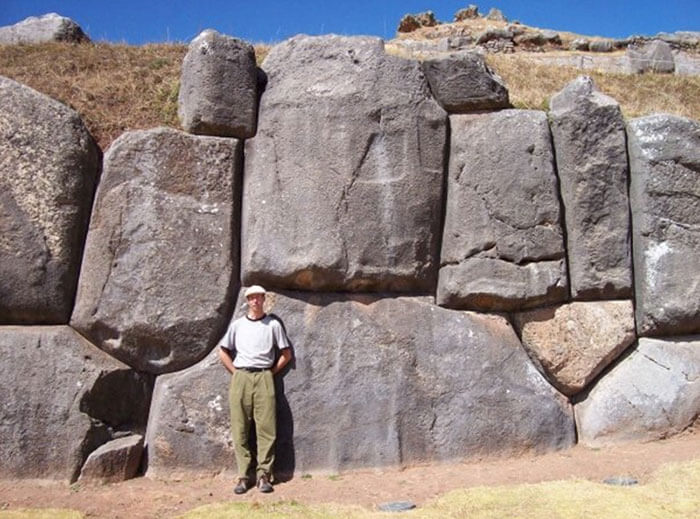 The giant stone remnants of Sacsayhuaman.

Our first destination after reaching Cusco was the giant stone remnants of Sacsayhuaman, the historical capital of the Inca. An architectural marvel and modern day mystery, the walls are made of impossibly large stones that are beveled and stacked perfectly without mortar. Upon entering the site, my Hopi friend who had never been there before pointed and said, “We must go there and find a snake carving to make an offering before we explore the site.” He said that the structure was built to correspond to the tallest mountain and is oriented the same way they oriented the Hopi Villages on the Mesas. To my surprise, he walked us directly to a giant snake that had been built into the wall that fit his description where we made an offering of Hopi Corn.

Days later we had our first meeting with the Q’ero and Don Americo Yabar outside of Cusco. From here we all traveled together to sacred sites for ceremony and stories around the fire. I particularly enjoyed tagging along with Don Americo who is playful and poetic in his words, mannerisms, and way of life. Being with him in nature reminded me of being a child, where the landscape surrounding us was alive and filled with stories. 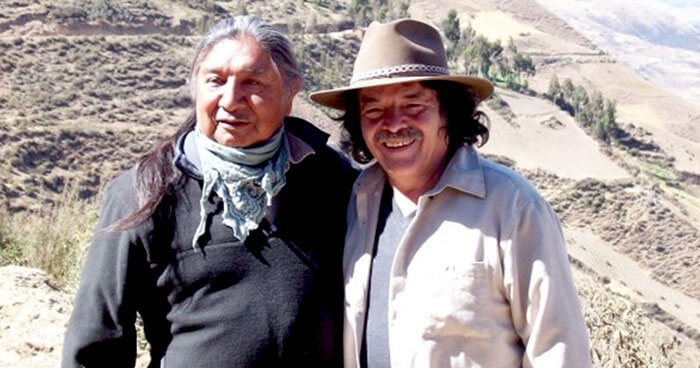 Standing by a river he told me how the Inca had so much energy. He said that they never drew their energy from their own internal battery, instead, they drew it from the stars, the land, all of the universe. He demonstrated, with eyes closed and palms open towards the raging white-water of the river:

To this day I use this practice and feel that I have increased my ability to absorb energies from the land. Give it a try at a power spot near you. In our modern society based on individualism, we have cut ourselves off from the greater source of life that surrounds us. 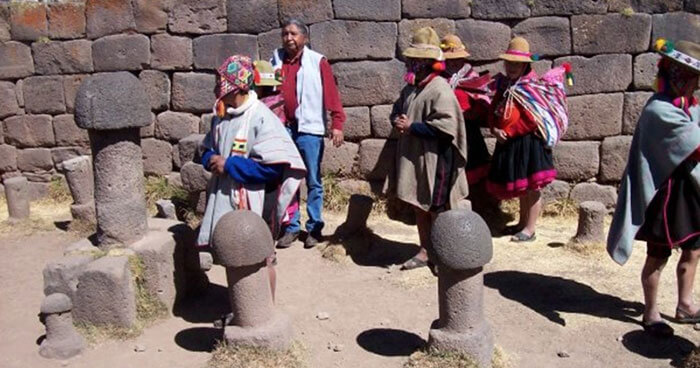 Another profound experience was visiting the ancient Chucuito fertility shrine with giant stone penises. I had seen the overtly sexual Inca carvings and artwork at gift shops along my travels and thought they were humorously perverse. Yabar looked at us as we stood in the shrine and said:

You’re bodies are very angry… 500 years of being told by the church that your natural urge for pleasure, connection, and procreation is sinful. Inca knew that there is no spiritual knowledge without first having a clear connection to nature and sexuality.

Standing behind us at the shrine was a church with a steeple that had penises on the top instead of a cross. Some say that the site is a hoax put there for tourists but the Inca were clearly uninhibited about sexuality.

We are shaped by the stories we tell ourselves, the stories we believe, and the stories our culture tells us. Undoubtedly the Church, commercialism, and colonialism have influenced our thinking and our culture even if we are not actively religious. What would our society look like if we were taught to connect with the energies of nature; if pleasure and connection were considered sacred instead of sinful? Well, I guess that sounds pretty ‘Pagan’ and I’m okay with that…