Why the End of Economic Growth is Good News

We used to live on a planet that was relatively empty of humans; today it is full to overflowing, with more people consuming more resources. We would need one and a half Earths to sustain the existing economy into the future. Every year this ecological overshoot continues, the foundations of our existence, and that of other species, are undermined.

At the same time, there are great multitudes around the world who are, by any humane standard, under-consuming, and the humanitarian challenge of eliminating global poverty is likely to increase the burden on ecosystems still further. Meanwhile the population is set to hit 11 billion this century. Despite this, the richest nations still seek to grow their economies without apparent limit. Like a snake eating its own tail, our growth-orientated civilisation suffers from the delusion that there are no environmental limits to growth.

But rethinking growth in an age of limits cannot be avoided. The only question is whether it will be by design or disaster.

Degrowth to a steady-state economy

The idea of the steady-state economy presents us with an alternative. This term is somewhat misleading, however, because it suggests that we simply need to maintain the size of the existing economy and stop seeking further growth.

But given the extent of ecological overshoot – and bearing in mind that the poorest nations still need some room to develop their economies and allow the poorest billions to attain a dignified level of existence – the transition will require the richest nations to downscale radically their resource and energy demands.

This realisation has given rise to calls for economic “degrowth”. To be distinguished from recession, degrowth means a phase of planned and equitable economic contraction in the richest nations, eventually reaching a steady state that operates within Earth’s biophysical limits.

At this point, mainstream economists will accuse degrowth advocates of misunderstanding the potential of technology, markets, and efficiency gains to “decouple” economic growth from environmental impact. But there is no misunderstanding here. Everyone knows that we could produce and consume more efficiently than we do today. The problem is that efficiency without sufficiency is lost. 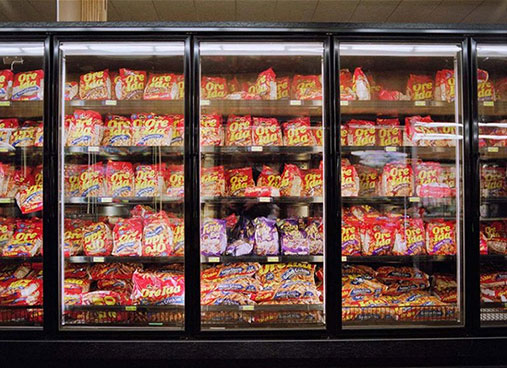 Despite decades of extraordinary technological advancement and huge efficiency improvements, the energy and resource demands of the global economy are still increasing. This is because within a growth-orientated economy, efficiency gains tend to be reinvested in more consumption and more growth, rather than in reducing impact.

This is the defining, critical flaw in growth economics: the false assumption that all economies across the globe can continue growing while radically reducing environmental impact to a sustainable level. The extent of decoupling required is simply too great. As we try unsuccessfully to “green” capitalism, we see the face of Gaia vanishing.

The very lifestyles that were once considered the definition of success are now proving to be our greatest failure. Attempting to universalise affluence would be catastrophic. There is absolutely no way that today’s 7.2 billion people could live the Western way of life, let alone the 11 billion expected in the future. Genuine progress now lies beyond growth. Tinkering around the edges of capitalism will not cut it.

We need an alternative.

Enough for everyone, forever

When one first hears calls for degrowth, it is easy to think that this new economic vision must be about hardship and deprivation; that it means going back to the stone age, resigning ourselves to a stagnant culture, or being anti-progress. Not so.

Degrowth would liberate us from the burden of pursuing material excess. We simply don’t need so much stuff – certainly not if it comes at the cost of planetary health, social justice, and personal well-being. Consumerism is a gross failure of imagination, a debilitating addiction that degrades nature and doesn’t even satisfy the universal human craving for meaning.

Degrowth, by contrast, would involve embracing what has been termed the “simpler way” – producing and consuming less.

This would be a way of life based on modest material and energy needs but nevertheless rich in other dimensions – a life of frugal abundance. It is about creating an economy based on sufficiency, knowing how much is enough to live well, and discovering that enough is plenty. 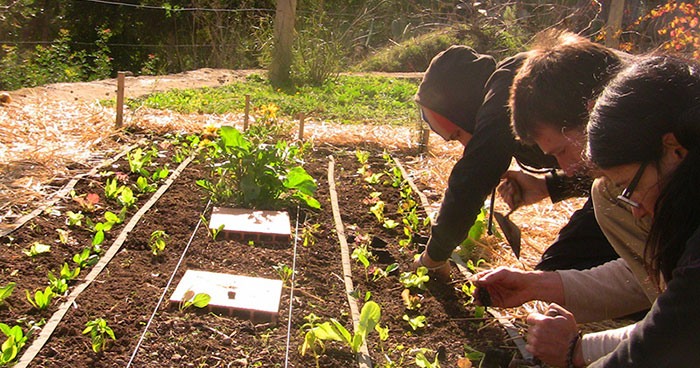 “Creating an economy based on sufficiency”

The lifestyle implications of degrowth and sufficiency are far more radical than the “light green” forms of sustainable consumption that are widely discussed today. Turning off the lights, taking shorter showers, and recycling are all necessary parts of what sustainability will require of us, but these measures are far from enough.

But this does not mean we must live a life of painful sacrifice. Most of our basic needs can be met in quite simple and low-impact ways, while maintaining a high quality of life.

What would life be like in a degrowth society?

In a degrowth society we would aspire to localise our economies as far and as appropriately as possible. This would assist with reducing carbon-intensive global trade, while also building resilience in the face of an uncertain and turbulent future.

Through forms of direct or participatory democracy we would organise our economies to ensure that everyone’s basic needs are met, and then redirect our energies away from economic expansion. This would be a relatively low-energy mode of living that ran primarily on renewable energy systems.

Renewable energy cannot sustain an energy-intensive global society of high-end consumers. A degrowth society embraces the necessity of “energy descent”, turning our energy crises into an opportunity for civilisational renewal.

We would tend to reduce our working hours in the formal economy in exchange for more home-production and leisure. We would have less income, but more freedom. Thus, in our simplicity, we would be rich.

Wherever possible, we would grow our own organic food, water our gardens with water tanks, and turn our neighbourhoods into edible landscapes as the Cubans have done in Havana. As my friend Adam Grubb so delightfully declares, we should “eat the suburbs”, while supplementing urban agriculture with food from local farmers’ markets.

We do not need to purchase so many new clothes. Let us mend or exchange the clothes we have, buy second-hand, or make our own. In a degrowth society, the fashion and marketing industries would quickly wither away. A new aesthetic of sufficiency would develop, where we creatively re-use and refashion the vast existing stock of clothing and materials, and explore less impactful ways of producing new clothes. 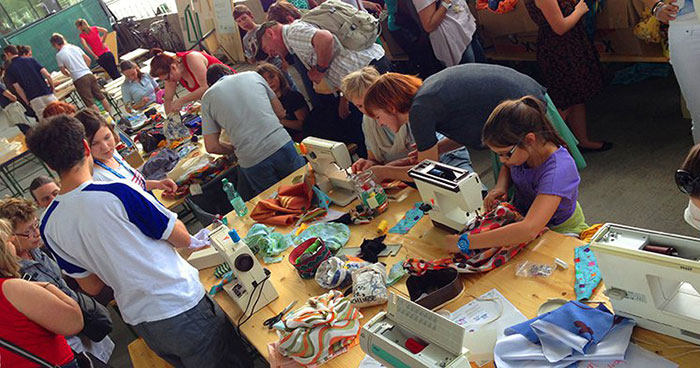 “Mend or exchange the clothes we have, buy second-hand, or make our own”

We would become radical recyclers and do-it-yourself experts. This would partly be driven by the fact that we would simply be living in an era of relative scarcity, with reduced discretionary income.

But human beings find creative projects fulfilling, and the challenge of building the new world within the shell of the old promises to be immensely meaningful, even if it will also entail times of trial. The apparent scarcity of goods can also be greatly reduced by scaling up the sharing economy, which would also enrich our communities.

One day, we might even live in cob houses that we build ourselves, but over the next few critical decades the fact is that most of us will be living within the poorly designed urban infrastructure that already exists. We are hardly going to knock it all down and start again. Instead, we must ‘retrofit the suburbs’, as leading permaculturalist David Holmgren argues. This would involve doing everything we can to make our homes more energy-efficient, more productive, and probably more densely inhabited.

This is not the eco-future that we are shown in glossy design magazines featuring million-dollar “green homes” that are prohibitively expensive.

Degrowth offers a more humble – and I would say more realistic – vision of a sustainable future. 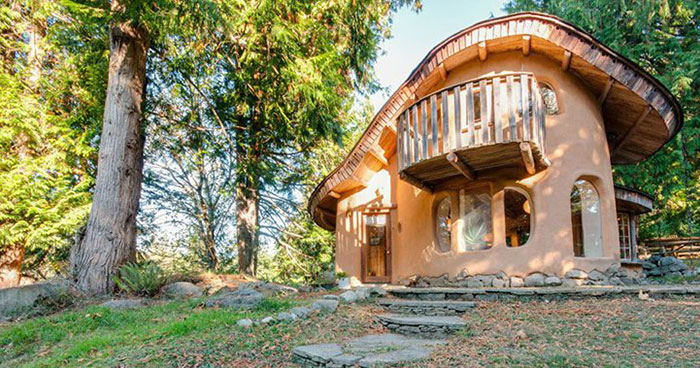 “One day, we might even live in cob houses that we build ourselves”

A degrowth transition to a steady-state economy could happen in a variety of ways. But the nature of this alternative vision suggests that the changes will need to be driven from the “bottom up”, rather than imposed from the “top down”.

What I have written above highlights a few of the personal and household aspects of a degrowth society based on sufficiency (for much more detail, see here and here). Meanwhile, the ‘transition towns’ movement shows how whole communities can engage with the idea.

But it is critical to acknowledge the social and structural constraints that currently make it much more difficult than it needs to be to adopt a lifestyle of sustainable consumption. For example, it is hard to drive less in the absence of safe bike lanes and good public transport; it is hard find a work-life balance if access to basic housing burdens us with excessive debt; and it is hard to re-imagine the good life if we are constantly bombarded with advertisements insisting that “nice stuff” is the key to happiness. 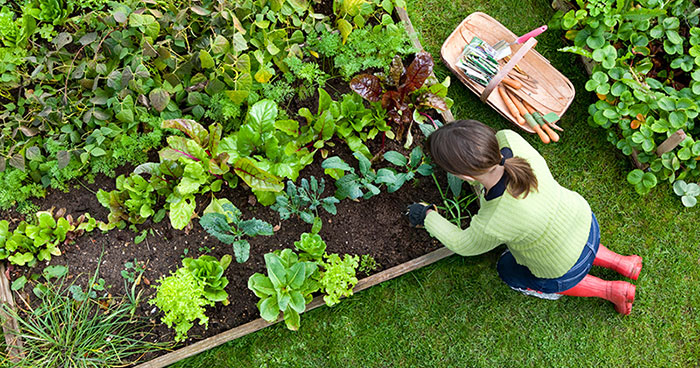 Actions at the personal and household levels will never be enough, on their own, to achieve a steady-state economy. We need to create new, post-capitalist structures and systems that promote, rather than inhibit, the simpler way of life. These wider changes will never emerge, however, until we have a culture that demands them. So first and foremost, the revolution that is needed is a revolution in consciousness.

I do not present these ideas under the illusion that they will be readily accepted. The ideology of growth clearly has a firm grip on our society and beyond. Rather, I hold up degrowth up as the most coherent framework for understanding the global predicament and signifying the only desirable way out of it.

The alternative is to consume ourselves to death under the false banner of “green growth”, which would not be smart economics.

WORDS BY SAMUEL ALEXANDER
ORIGINALLY APPEARED ON THE CONVERSATION