Why Overthinkers Are Creative Problem-Solvers

Why are Neurotic Overthinkers More Creative?

To fully understand this, we need to find the link between creativity and neuroticism…

According to an Opinion Paper published in Trends and Cognitive Sciences, a new theory is presented which establishes a link between creativity and neurotics. The part of your brain responsible for self-generated thoughts – for example, introspection and over analysis – is more active in neurotics, yielding both positive and negative traits. The positive traits are increased creativity and the negative traits are anxiety, depression, obsession and even misery, to name a few.

In speaking to Huffington Post, Dr. Adam Perkins, one of the authors of the study re-affirms this:

Neuroticism has costs, but it also has benefits. Highly neurotic people will suffer a lot of anxiety and depression over their lifespan, but their deep-thinking, brooding tendencies can also give rise to greater creative potential.

The link then lies in overthinking. 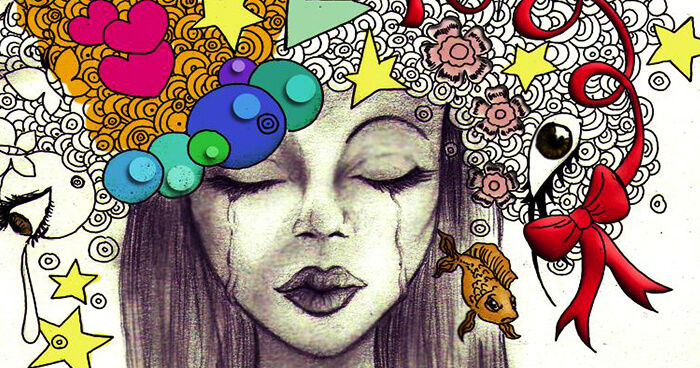 Overthinking as the Driving Force Behind Neuroticism

Overthinking is regarded as the driving force behind neuroticism. But not just any type of overthinking. Overthinkers are adept at negative thinking because certain parts of their prefrontal cortex (a brain area governing self-generating thoughts) are highly active. Consequently, they’re hypersensitive towards threat and danger, even when it doesn’t exist. They will often go into overdrive to solve the problem. Whilst this can lead to great unhappiness for neurotic overthinkers, it’s closely linked to an imagination that overreacts and generates threats. It can also push them to become highly creative problem solvers.

Perkins goes on to say:

If neurotic people tend to think more about problems due to having a lot of threat-related, self-generated thoughts — which explains their tendency to feel unhappy — it seems likely they will have a better chance to create solutions to those problems, compared to low scorers on neuroticism who look on the bright side of life all the time.

And this probably explains why the likes of Van Gogh, Woody Allen, and Isaac Newton were highly creative and yet highly neurotic overthinkers. They dwelt on problems longer than the average person. They dug deep, they analyzed (and over-analyzed) and they obsessed.

Isaac Newton, for example, was prone to worrying, overthinking and dwelling on scientific problems:

I keep the subject constantly before me, and wait till the first dawnings open slowly, by little and little, into a full and clear light,

That being said, if he hadn’t, many of his creative breakthroughs wouldn’t have come to fruition. This would’ve had a profound impact on learning in schools and the world as a whole. 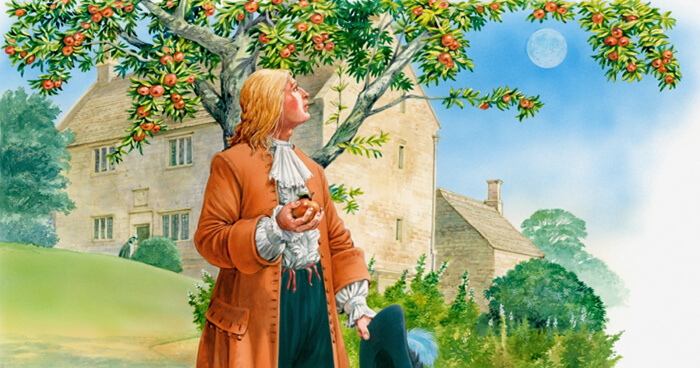 Would Isaac Newton have impacted the world so much if he weren’t an overthinker?

Helping People Make Sense of Their Own Experiences

The researchers hope the theory stimulates new research and provides a single framework to tie together both the emotional and creative aspects of neuroticism. They do, however, acknowledge further research is required:

We’re still a long way off from fully explaining neuroticism, and we’re not offering all of the answers, but we hope that our new theory will help people make sense of their own experiences, and show that although being highly neurotic is by definition unpleasant, it also has creative benefits ~ Perkins in Eureka Alert

So the next time you feel down, depressed, anxious or moody, remember you have an amazingly unique ability as a neurotic overthinker – you’re highly adept at creative problem-solving. Some may even say, you’re a creative genius.

Thank you sir, my utmost gratitude for the effort of your team, i am a regular visitor to your website indeed, i thought to,
(out of courtsey) provide some suggestion and
feedback of my very own , would be thankful if you could reply or recognize my recommendations
to make this website more content oriented .

Thanks, the article makes me feel good about myself. I can now focus on solving problems other than getting myself depressed.

It relates curiosity with 21th century side effects, such as sleep problems, caffeine overuse,drugs, the internet and many many intervals involved, since i were a little child i was curious, and imaginative.. With it together i had a trauma as i i was 5 years old and started to studder and within the years as i grew up i became extremely aware of myself because of my speech problems and became more counsious as generally way more than my environment. Each individual has its own reasons and feels that made him what he is and why he’s a neurotic overthinker. BUT all of us are feeling the same, and its pretty amazing Linking our self as animal that evolved and keeping evolve every day, if all of us could just realize that we are all the same and if we unite our powers together, the world including us could live a perfect future for us

This is so me i really can relate to this article i often say i hate always thinking about things happening beforehand i worry about things that havnt occured it does often make me sad etc.but i will say in doing this i usually see things and are prwpared to handle it better if it happens it seems to work for me to keep me going so i will say it has its benefits as well as negatives

I have a 14 yr old son I’ve been trying to “figure” out for many years. Just the few paragraphs I’ve read have given me a much clearer perspective on who my son is, what he internally struggles with daily. And moreover how to better understand and support him. This article was extremely insightful. This may be the beginning of a path not yet opened for my son. Thank you Uplift ??

Theory’s based on Self- Generating thoughts.that is a form of insanity, no one yet other that spiritual teachers have yet been able to clearly define self and it’s source.As one who suffered the malady for many years, one knows Now that those creative moments of inspiration came in moments of stillness and silence, the brain exhausted, shut down an hey presto…..Just this Beings human experience.. Namaste ;