Ever been to a Death Cafe? They’ve been popping everywhere from Boston to Beijing, offering a congenial space where people gather to ponder mortality and the meaning of life over tea and cake. Having started in 2011, at the latest count nearly 3,000 Death Cafe meetings have taken place in more than 30 countries. The movement confronts an ancient existential dilemma: How should we live, given that life is short and time is running out on us?

Generations of scholars and sages have, of course, meditated on this question, from the Chinese philosopher Lao Tzu to the medieval theologian the Venerable Bede, from the Renaissance essayist Michel de Montaigne to the anthropologist Ernest Becker. One of the most recent figures on the scene—arguably a sage of the digital age—is the Venerable Steve Jobs.

Did Steve Jobs have the Answer?

In 2005, the Apple founder gave a commencement speech at Stanford University that went viral on YouTube under the title, “How to Live Before You Die.” Jobs, then 50 years old, described how for the previous 33 years, he started every morning by looking in the mirror and asking himself, “If today were the last day of my life, would I want to do what I am about to do today?”

If the answer was “no” for too many days in a row, he claimed, he knew he needed to make a change. “Remembering I’ll be dead soon is the most important tool I’ve ever encountered to help me make the big choices in life,” he said.

“Remembering I’ll be dead soon is the most important tool I’ve ever encountered to help me make the big choices in life.”

Jobs then spoke about being diagnosed with a rare form of pancreatic cancer a year earlier. Having survived this near-death experience (in fact, a relapse of the cancer took his life in 2011), he concluded that “death is very likely the single best invention of life.” It can propel us to follow our dreams and intuition, to defy convention, to take risks, and to pursue our own path. “Your time is limited,” Jobs told the assembled students, “so don’t waste it living someone else’s life.”

It was an astoundingly popular speech—more than 30 million views and counting—although the message was hardly original. Jobs was expounding a carpe diem philosophy of life that has echoed through the centuries. Two millennia earlier, the Roman Emperor Marcus Aurelius pronounced that “perfection of character is this: to live each day as if it were your last, without frenzy, without apathy, without pretence.” 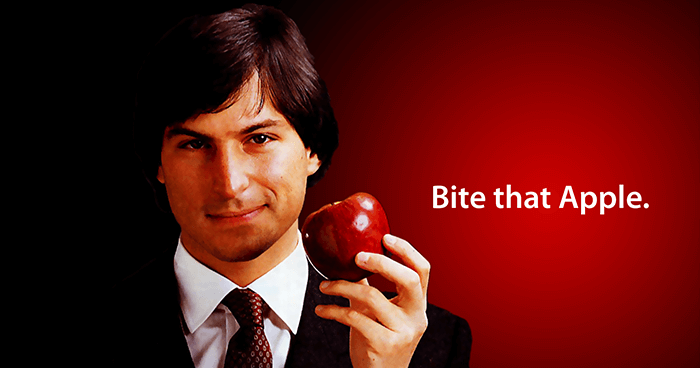 Similarly, another Stoic thinker, the philosopher Seneca, lamented in his book On The Shortness of Life that so many people squander their lives on wine and lust, greed and ambition. The problem, he wrote, “is not that we have a short space of time, but that we waste so much of it … there is nothing the busy man is less busy with than living.” His advice? The wise man “plans out every day as if it were his last.”

Living each day as if it were your last sounds like a wise ideal, but it may be one of the most misguided pieces of life advice to have emerged in Western—or indeed any—culture. As I explore in my forthcoming book Carpe Diem Reclaimed, I think it contains five fundamental flaws.

If I were to take Steve Jobs’s speech seriously, I can’t see how I would ever have decided to have children—where the profound rewards can take years to unfold—or to embark on long-term creative projects (such as writing a book) that require sweat and struggle today in exchange for benefits at some distant date. Instead, the underlying message is to forget about the future and yearn for instant gratification. Why should the best unit of measurement be a single day? Why not a year, or ten years? 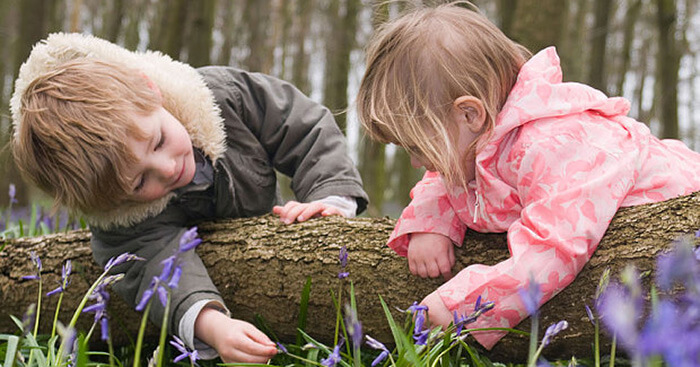 Why should the best unit of measurement be a single day?

2. Spotlighting the last not the first

Delving further into the issue of time, why should the focus be on treating each day as if it were our last? Why not flip it on its head and live every day as if it were our first? Perhaps this would fill us with a profound sense of awe and wonder at the world, so we become like children who are astonished to touch snow for the first time or delighted to discover that giraffes are real living creatures. We might make more effort to appreciate the warmth of sun on our skin or a kind gesture from a stranger or the smile on our child’s face. 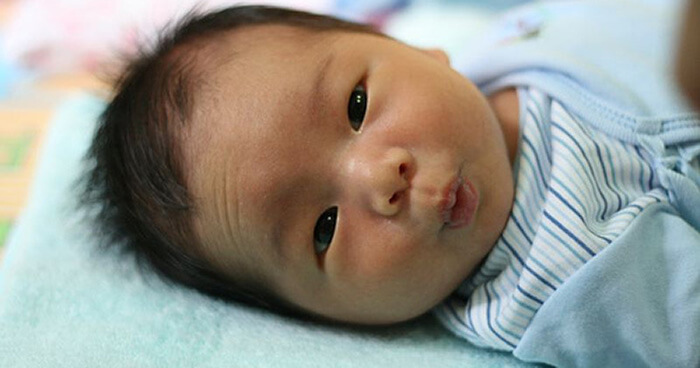 Why not live every day as if it were our first?

3. Being unrealistic about the chances of death

Another challenge is how to really feel the visceral possibility of our death so it motivates us to seize the day. This may not be a problem if you have faced pancreatic cancer, or some other near-death experience, but for most of us ruminating on our mortality is a hard exercise. We all know we could be run over by a bus tomorrow, but few people find that this thought makes any difference to their actions. Part of the problem is that we live in a culture that does its best to deny the reality of death—it remains a topic as taboo as sex was during the Victorian era. Or as Woody Allen put it, “I’m not afraid of death. I just don’t want to be there when it happens.” 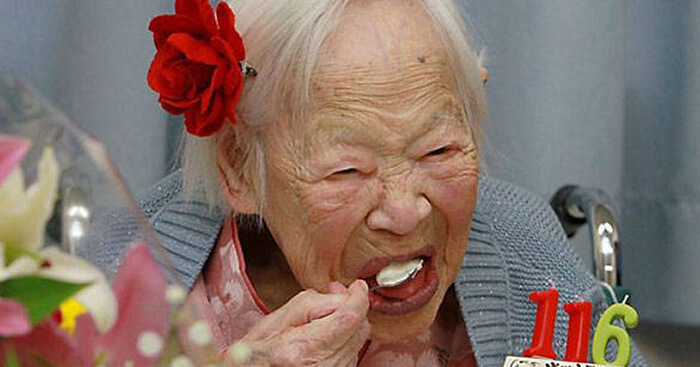 This philosophy is best suited for the comfortable middle-class person who has few genuine worries about their future security. Consider the millions of people attempting to support their families working unstable, low paying, part-time jobs. Adopting the Steve Jobs mantra could be a reckless philosophy that tempts low-income families to squander their nest egg or to rack up debts with interest payments that spiral way out of control. For many people, to live each day as your last is to ignore the realities of economic risk. 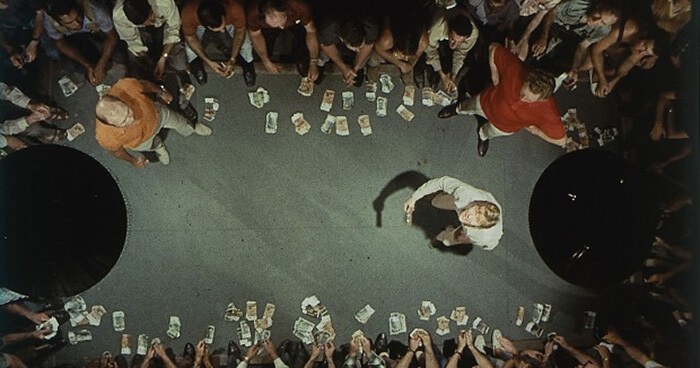 Steve Jobs’s greatest blind spot, however, is to speak as if there is no such thing as society, just a world of individuals whose actions have no apparent impact on one another. Living as if there were no tomorrow is a worldview that can send humanity hurtling toward destruction. We chop down rainforests, burn fossil fuels, and pollute our rivers and oceans with far too little thought for the future inhabitants of our one and only fragile planet. Even Apple, which prides itself on its sustainability record, was responsible for 34.2 million tons of greenhouse gas emissions in 2014 (roughly the same amount as the whole of Croatia), most of it from manufacturing plants in China.

When we have our eyes set only on the present, it’s easy to get trapped in a mindset of seize-the-resource plundering and partying that will leave us with a planetary hangover from which we may never recover. We might be wise to learn from the Iroquois Great Law of Peace—known as the Kaianerekowa—a set of traditional indigenous principles that advises making decisions based on thinking ahead seven generations. That’s more like seizing two centuries than seizing the day. 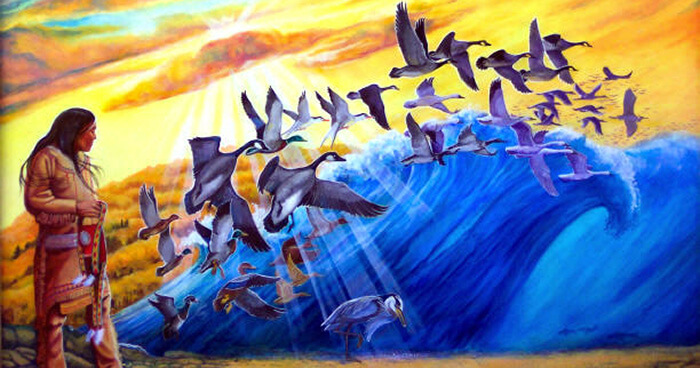 As long as we don’t take it too literally, living each day as if it were our last is an attractive ideal, particularly for people searching for the confidence to overcome fears, to challenge conventions, and to live a life of their own making. I personally find it most useful when I’m with my aging parents, who I usually only see for a few weeks each year when they are visiting from Australia. I’m acutely and painfully aware that they won’t be around forever, so I try to treat each day I spend with them as if it were our last together. It helps me to listen with more attention, to laugh with more abandon, to show more love and to receive it.

At the same time, we should approach living every day as if tomorrow might never come with a dose of caution—or even skepticism—balancing it with the responsibilities we have to other people and our future selves. Steve Jobs may have been an innovative and successful entrepreneur, but that does not mean we have to venerate him as a philosopher of life and death.