Why I’m Hopeful about the World’s Future

Almost six decades have passed since I left my homeland, Tibet, and became a refugee. Thanks to the kindness of the government and people of India, we Tibetans found a second home where we could live in dignity and freedom, able to keep our language, culture and Buddhist traditions alive.

My generation has witnessed so much violence — some historians estimate that more than 200 million people were killed in conflicts in the 20th century.

Today, there is no end in sight to the horrific violence in the Middle East, which in the case of Syria has led to the greatest refugee crisis in a generation. Appalling terrorist attacks have created deep-seated fear. While it would be easy to feel a sense of hopelessness and despair, it is all the more necessary in the early years of the 21st century to be realistic and optimistic.

There are many reasons for us to be hopeful. Recognition of universal human rights, including the right to self-determination, has expanded beyond anything imagined a century ago. There is growing international consensus in support of gender equality and respect for women. Particularly among the younger generation, there is a widespread rejection of war as a means of solving problems. Across the world, many are doing valuable work to prevent terrorism, recognizing the depths of misunderstanding and the divisive idea of “us” and “them” that is so dangerous. Significant reductions in the world’s arsenal of nuclear weapons mean that setting a timetable for further reductions and ultimately the elimination of nuclear weapons no longer seems a mere dream. 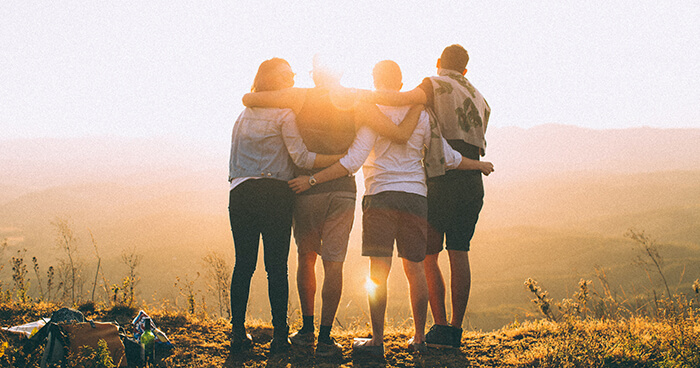 There are many reasons for us to be hopeful. Image: Helena Lopes

The notion of absolute victory for one side and defeat of another is thoroughly outdated; in some situations, following conflict, suffering arises from a state that cannot be described as either war or peace. Violence inevitably incurs further violence. Indeed, history has shown that nonviolent resistance ushers in more durable and peaceful democracies and is more successful in removing authoritarian regimes than violent struggle.

It is not enough simply to pray. There are solutions to many of the problems we face; new mechanisms for dialogue need to be created, along with systems of education to inculcate moral values. These must be grounded in the perspective that we all belong to one human family and that together we can take action to address global challenges.

It is encouraging that we have seen many ordinary people across the world displaying great compassion toward the plight of refugees, from those who have rescued them from the sea, to those who have taken them in and provided friendship and support. As a refugee myself, I feel a strong empathy for their situation, and when we see their anguish, we should do all we can to help them. I can also understand the fears of people in host countries, who may feel overwhelmed. The combination of circumstances draws attention to the vital importance of collective action toward restoring genuine peace to the lands these refugees are fleeing.

Tibetan refugees have firsthand experience of living through such circumstances and, although we have not yet been able to return to our homeland, we are grateful for the humanitarian support we have received through the decades from friends, including the people of the United States. 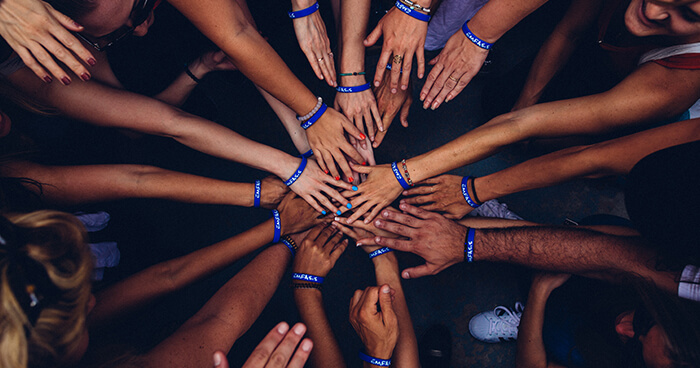 We all belong to one human family. Image: Perry Grone

A further source of hope is the genuine cooperation among the world’s nations toward a common goal evident in the Paris accord on climate change. When global warming threatens the health of this planet that is our only home, it is only by considering the larger global interest that local and national interests will be met.

I have a personal connection to this issue because Tibet is the world’s highest plateau and is an epicentre of global climate change, warming nearly three times as fast as the rest of the world. It is the largest repository of water outside the two poles and the source of the Earth’s most extensive river system, critical to the world’s 10 most densely populated nations.

To find solutions to the environmental crisis and violent conflicts that confront us in the 21st century, we need to seek new answers. Even though I am a Buddhist monk, I believe that these solutions lie beyond religion in the promotion of a concept I call secular ethics. This is an approach to educating ourselves based on scientific findings, common experience and common sense — a more universal approach to the promotion of our shared human values.

Over more than three decades, my discussions with scientists, educators and social workers from across the globe have revealed common concerns. As a result, we have developed a system that incorporates an education of the heart, which based on study of the workings of the mind and emotions through scholarship and scientific research, rather than religious practice. Since we need moral principles — compassion, respect for others, kindness, taking responsibility — in every field of human activity, we are working to help schools and colleges create opportunities for young people to develop greater self-awareness, to learn how to manage destructive emotions and cultivate social skills. Such training is being incorporated into the curriculum of many schools in North America and Europe — I am involved with work at Emory University on a new curriculum on secular ethics that is being introduced in several schools in India and the United States.

It is our collective responsibility to ensure that the 21st century does not repeat the pain and bloodshed of the past. Because human nature is basically compassionate, I believe it is possible that decades from now we will see an era of peace — but we must work together as global citizens of a shared planet.

(The 14th Dalai Lama, Tenzin Gyatso, is the spiritual leader of Tibet. Since 1959, he has lived in exile in Dharamsala in northern India.)

Way too much has been disbanded and too many disenfranchised since June, 2016 for these hopes to remain. I believe in the Dalai Lama and his influence. We need his leadership now more than ever.

I do so hope that the time comes when the world follows the advice of the Dalai Lama. It is the only way, and until the leaders, politicians and those ‘pulling the strings’ come to accept that, nothing is going to change.

I am particularly concerned for my grandchildren who did absolutely nothing to land up in a world where greed, disrespect for others who appear ‘different ’ in some way, no thought for those worse off than ourselves, children dying for lack of food & water, abuse running unchecked, plus many other human conditions needing instant attention. How are they going to contend with a legacy they never knew even existed before they were born? I am ashamed of the world I leave behind for them

I was fortunate enough to work for a while in an early learning centre in Indonesia. I witnessed children being guided to support and encourage one another in a loving environment. When an occasional squabble over some toy or other happened, children as young as four or five would be taken into a separate room and asked to explain themselves. This made them think about their actions, they’d apologize and hug, friends again. The environment was always full of children singing and laughing. I wished then that all young children from the start could learn the value of loving cooperation. These supportive friendships continued into adulthood. Indonesia is built on a culture of Harmony and it all begins with the children. We in the West build a culture on competition, this eleviates the value of sharing and nurtures a necessity in being bigger and better than the other one. Yes, in material terms the West has more, nowhere is perfect, everywhere has its problems but teaching children to be loving and caring from their early years can benefit the world at large. Imagine a world where no one was hellbent on having more than you, it’s possible. We have to start with the chilldren. In the words of John Lennon ‘You might say that I’m a dreamed but I’m not the only one’

I wish I could be so hopeful. The US has to end its possession mania of the world. The world has to learn to be brave enough to denounce the US’s Full spectrum dominance agenda. Obama since he came to office has been coup making throughout Latin America – Honduras 2009, Paraguay 2012, Argentina 2015, Brazil 2016 and possibly Venezuela next. In the Eastern Hemisphere ( outside the Monroe doctrine) Libya 2011 (NATO destroys the country), Syria 2011 ( started up a civil war with US funded “rebels”), Ukraine 2014 ( US funded neo-Nazi coup), and Yemen 2015 ( Saudis bomb Yemen). This is all for the US’s Full spectrum dominance doctrine. US companies are another huge monster, most were pushing for these coups or invasions. Monsanto is world wide monster and a monster inside the US. I wish I could be more hopeful like the Dalai Lama. When there is a back lash against the US’s Full spectrum dominance then the world would be a hopeful place. It is not there yet, most of western media is controlled by six US companies who are into the US’s full spectrum dominance.

Religious division has separated us for so long. Secular ethics may be a way unite us.

I am very grateful to the Dalai Lama for his compassion, vision and wisdom.