Why I Stopped Believing I was Separate from the Universe

Life is hard and requires sacrifice.

If you work hard, you will succeed.

There is not enough.

Look out for yourself.

The world is hostile.

“Survival of the fittest”

Growing up, these were the stories I was told about who I was and how the world worked. But what I’ve found is that not only is this story founded on a lie but it is actually at the root of the many crises we face from war to poverty to racism to ecocide.
Some call this story the Story of Separation. It goes something like this…

You are a separate individual separate from other beings and the world. You come into existence at birth and you will cease to exist when you die. The entire purpose of your life is simply to do your best to survive and reproduce. In this world–perceived as, at best, indifferent and, at worst, hostile to your survival, threats to your existence lay waiting all around. But through hard work and sacrifice, you can bring some of this hostile world under your control and increase the odds that you will survive.

Operating from this assumption, I set out on a path of world domination in an attempt to bring more of it under my control. I studied hard in college, worked for ten years as a technology consultant for many large corporations, and played out my role as a consumer rather well. 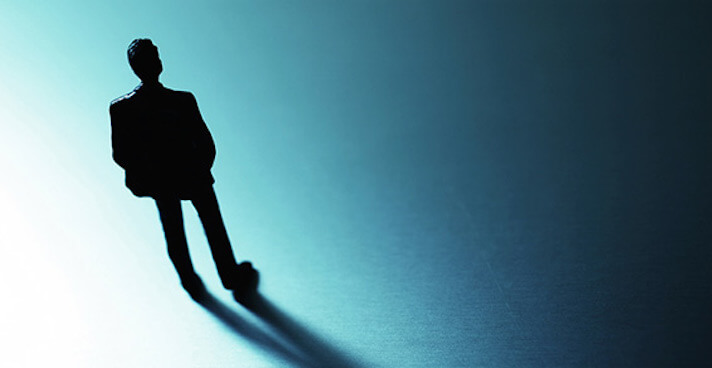 Self-sufficiency gave me the feeling of autonomy, that I didn’t need anyone else.

At first, I was excited as the money I made enabled me to feel self-sufficient; like I didn’t need anyone else for my own survival. I felt as though I was succeeding in this story. But after a couple of years that feeling was slowly replaced with a void, an emptiness inside, which I attempted to fill by using the money I made to acquire things. Self-sufficiency gave me the feeling of autonomy, that I didn’t need anyone else. I would learn later that when we don’t actually need each other, there is no community, no sense of belonging. Self-sufficiency had actually led to my feeling separate from the world. Deep inside, I knew life had to be about more than just this.

It was around this time that I also became aware of the chronic issues facing humanity. I felt that working to solve these issues would help to create meaning in my life and, since changing the world was not something I could do alone, I thought I might actually be able to find community through working with others with similar goals.

Not feeling like I was properly trained in the subject, I decided to go back to school to get a Master’s degree in sustainability. I failed to realize at the time that sustainability is actually a meaningless word. Sustainability begs the question, “What do you wish to sustain?”

It was while in school that I watched a documentary called Zeitgeist: Moving Forward which explained how all money is sourced from interest-bearing debt, that all of the money that is collectively owed is many times greater than the amount of money in existence, and that our economic system compels us to consume more year after year, whether we want to or not, or else face recession or depression.

In this system, someone had to lose. 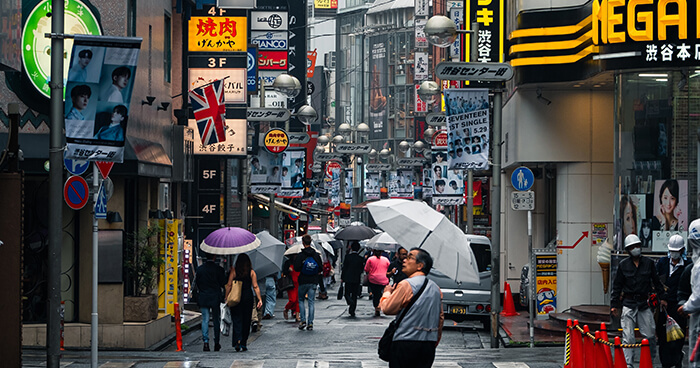 In this system, someone had to lose.

One of the core pillars of my story had crumbled before me. What other assumptions did I make about myself and the world that also needed to be reevaluated with a fresh set of eyes? How far down did the rabbit hole go? Who was I if not this competitive, self-interested, emotionless consumer whose sole purpose in life was to simply survive and reproduce?

Now, one of the most fundamental questions human beings will ask is “Why?” Children are experts in this question. No matter what answer you give them, they will keep asking “why?” “why?” “why?” – until eventually the adult gets frustrated and tells them “Because that is just the way things are.”

The story of separation is like that. When you ask: why do we have wars over resources, why do we discriminate, why do we destroy the environment that sustains us, the answer we receive is usually:

Because that is just human nature.

But this answer no longer satisfied me. I was often having experiences with people who were not motivated by accumulating infinite material wealth – people like my wife, Dawn, who lives by a different guiding principle of empathy and love, realizing that the separation we experience is nothing more than an elaborate illusion. Through what for me, at the time, was an unbelievable act of forgiveness, she helped me to rediscover and regain the integrity that I’d lost from too many years immersed in a culture of separation which promoted competition and self-gratification above cooperation and sharing.

No longer was I willing to blindly accept the limiting assumptions about human nature that I had been taught. I began to explore the truth of who I was – that I was not those limiting labels and identities that society has assigned to me; but instead a breathing, thinking, emotional being connected to everything that is having an experience in this world. This is the story of inter-being: that there are no lines of separation between us and all that is. We cannot be separated from the air we breathe, the ground we stand on, or the bacteria in our stomach that are digesting our last meal. We cannot define who we are truly, without also defining the rest of the Universe of which we are a part. In my heart, this story resonates in a way that feels far truer than the limiting story of the separate self that I had previously been led to believe. I am the Universe itself (and so are you).

This video was produced as a gift to humanity by Sustainable Human.

Together, we can change the story of the world.

Glad you found that out. I went in the other direction. A rebel who took in the information but did my own thing until 30, then I begrudgingly joined the rat race. But in my core, interdependence just feels right. As kids we slept 2 to a room. A friend was an only child with his own room. He was envious of us.

I would love to live in my world(My mindset) but physically in this outer world. One should stop believing that he is gonna live 100 years for sure. Live your life.

Thanks for the topic.

Thank you for sharing such deep thoughts! Especially about limiting labels and what society thinks..I do believe that we’re living in such a “big sea of energy”..that everything is connected in the universe 🙂

I feel that what you share is so wonderful, I have the same feeling about cosmic life, thank you for sharing this wonderful thing.

It’s great and it feels true in many ways. But why this annoying persistent feeling that I am this one biological unit? If I am “me,” then who is “you?” I know I can choose things for me that I cannot choose for you. It still feels like there is something to this separation thing.

Beautiful story. It takes courage to admit the path that was selected was not right. In fact, I missed it too and realized the connections you refer to in my early 50s. Thanks for sharing Chris.

Thank you for the beautiful, inspiring video. It says so much in such a small space.

Am just that kind of individual, who is really confusion of who i am and what community think i am!, but i discovered that i am more.

Thanks a lot for this piece am blessed q

Am blessed with this thank you

Thanks for spelling it out , it’s true I believe. Always striving for more in fear of things turning bad.

Beautiful piece. Thank you for sharing.