When Women Stand Together

Around the world, from the African bush to the deserts of the Middle East; from Central Australia to the streets of America, women are coming together to take a stand for peace, love and connection. From the women’s march earlier this year, to smaller communities of women gathering to talk about solutions and ways they can create a better world, women are visioning change together.

In one of the world’s greatest hotbeds of conflict, Israeli and Palestinian women are leading the way for peace. In 2016, a group of women from vastly different backgrounds spent a week together to brainstorm ways to break the cycle of violence. These mothers, tired of sending their children to war, took a stand and something amazing happened: a march with tens of thousands of Palestinian and Jewish women, walking hand in hand for peace. The march took place over two weeks, culminating in a plea to the government for a peace treaty with Palestine. These women, with their historic act, demonstrated to Israelis and Palestinians that peace is possible in the Middle East.

Across the ocean, an equally important cause was taken up by a group of women. Black Lives Matter was spearheaded by three women: Alicia Garza, Patrisse Cullors and Opal Tometi. This global movement campaigns against violence and systemic racism towards black people, and is intersectional–embracing those traditionally on the margins of black freedom movements, such as gay, trans, disabled and people with records. The vision of these three ladies has gathered momentum throughout the US and ignited activists to take a stand for race equality. 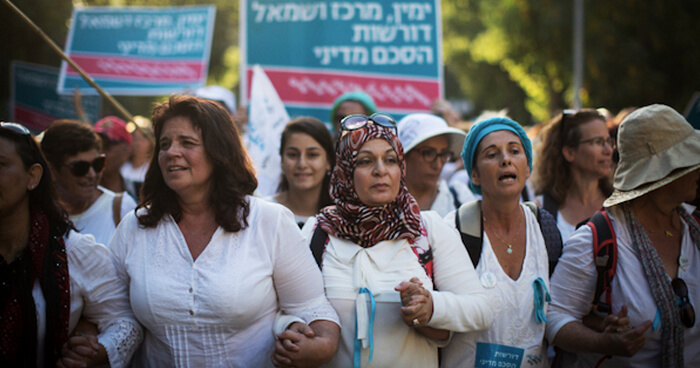 The Women Wage Peace march was an awe-inspiring act of courage and solidarity.

Women are waking up and realising that they can change the world. They are leading movements that adopt humanitarian values and stress equality for all, because when one human suffers, all humans suffer. But while these may be movements led by females, they are not exclusive to women; many men are involved in Black Lives Matter, and other feminist movements today.

Women are biologically wired for nurturing and connection, which is why it is so vital for women to take up leadership in a world that appears to be splintering into greater divisions between humans. As the inflictions of societal trauma increase, it is vital that we women heal our own wounds, transcend our suffering and come together in sisterhood.
[signupbanner]

A group of mothers and grandmothers in Alice Springs are uniting to put an end to the violence plaguing women in the town camps. The women don’t want their children and grandchildren to grow up without mothers, aunts, sisters and grandmothers. Tangentyere Women’s Safety Group educates other women about domestic violence, empowers them to speak out, and facilitates connection and support for one another. This year, a march of hundreds of women was organised to raise awareness for the plight of indigenous women dying in high numbers from assaults and murder.

These women are saying “no more!” and responding to a deeply troubling situation in their community; together taking a stand to change the problems they are experiencing. In spite of their own trauma, this love and solidarity–born from crisis–is a transformative force, much like another group of women deep in the African savannah, who run an all-female matriarch village. 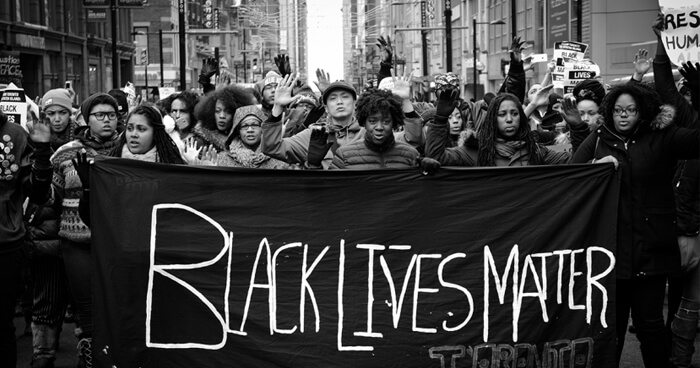 This global movement promotes equality for ALL–black, disabled, trans and the like.

Umoja was founded by Rebecca Lolosoli in 1990, along with 14 other Samburu women, all victims of rape by the local British soldiers. It has become a sanctuary for homeless female survivors of violence and young girls running from forced marriages; with 47 women and 200 children living there. In an area where women have a subordinate position and suffer from things like genital mutilation, rape and beatings, this village is a beacon of hope. Men are banned and it has it’s own laws. The villagers educate women from the surrounding areas and create and sell jewellery to raise money to support their small community. The people of Umoja thrive on a foundation of safety, empowerment, and support.

These are only a few examples of women joining together in extraordinary circumstances, motivated by a passion to change the world. Historically there are many examples of women taking leadership, standing together and creating change, not just in the sufragette or feminist movement but many other major events. Women marched on Versailles signalling the start of the French Revolution, and headed up food riots across Europe in the eighteenth century. There are women like Joan of Arc, who led the French army to victory against the English, Boudica, the Celtic Chieftain who rose up against the British, and the Aymara women who led uprisings against the Spanish in Bolivia. Or, the Trưng Sisters who successfully rebelled against the Chinese Han-Dynasty rule, Laskarina Bouboulina, the Greek naval commander who led her own troops during the Greek War of Independence, and the stories of Zenobia the Syrian Queen, who led a revolt against the Romans. 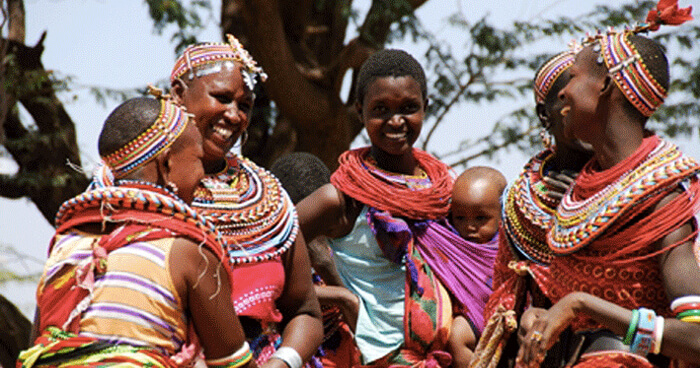 Rebecca Lolosoli, the founder of Umoja, with some of the happy residents.

But with the advent of powerful women and global movements, it’s also important to look at the state of feminism in the 21st century.

So, What About Feminism?

Feminism has been copping a bad rap lately, and it seems there is a lot of confusion and debate around feminism today. Is it outdated? Does it really exclude men, as some women believe, or make them less attractive to men, if they are feminist? Do we need a more “heartfelt” feminism? Are women ‘over’ feminism, thinking it’s a battle that’s long over and the need for feminists has passed? Amidst all the noise it’s hard to work out what is actually going on with feminism today. But, while women all over the world are doing what feminists do–standing together and creating change–increasingly, it seems many women are declaring themselves against feminism. From popular groups, like the nearly 50,000 strong Women Against Feminism social media movement, to the many who didn’t support the global march earlier this year, women are turning their backs on feminism.

According to one survey, only 20 percent of women in the US consider themselves feminists. Why? Because they see the feminist movement as angry and blaming men for women’s challenges. In another New York Times survey, results showed that only 18 percent of Americans consider themselves feminists, however, 85 percent claimed they believe in ‘equality for women.’ Considering that believing in equality for women makes you a feminist, this is interesting, if not a little disturbing, especially in the light of increased violence against women. Strangely, it seems females are against feminism without truly understanding what it is. 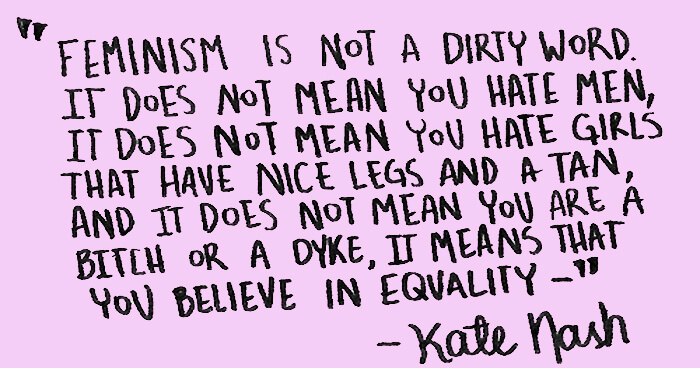 Feminism has been vastly misconstrued, but ultimately it is about equality for all.

Feminism is the belief in the social, political, and economic equality of the sexes. It is the idea that women should have the same rights and power as men. It is a movement that seeks to dismantle people being discriminated against for who they are; be it gay, a different race, transgender, disabled or female.

Feminism is about equality. The reality today is that over half the world’s population of women are in a position of less power. This is simply a fact. More women are subjugated to men; are abused and raped. We live in a world that is dominated by the patriarchal values and where men are in power. When last did you see a parliament filled with women, or a boardroom bursting at the seams with female senior executives? We’d be ignorant if we were to say that there is equality in the world. There just isn’t. But this doesn’t make men wrong. This makes the systems wrong. And it’s time for a change. We will all thrive when there is fairness and greater balance across the board.

Feminists are fighting for a good life for everyone, men included. They want all people to live happily and in safety; free from violence or slavery, and to have choices, respect and equality.

It’s time for the rise of empowered women–with all their intuition, insight, softness, kindness, warmth, compassion, wisdom, power and strength fully realised. The world benefits when women are women. And women fighting other women are actually contributing to the separation they say feminism breeds. 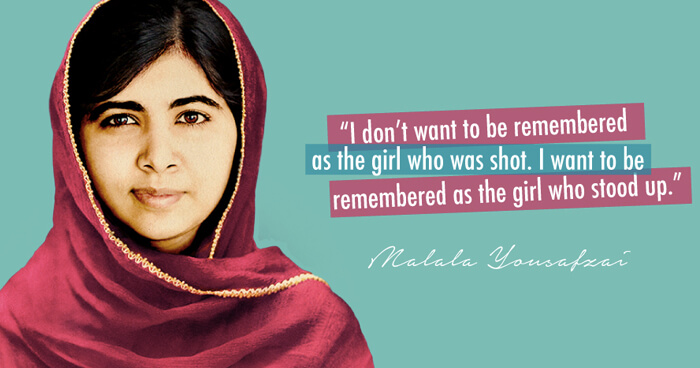 Malala was shot for standing up for women’s rights to an education. She survived and continues to fight for her cause.

We need to look to the amazing feminist role models in the world today, like Malala Yousafzai, Jane Goodall, Aung San Suu Kyi, Emma Watson, Ellen Page, and so many others. The world needs this feminine power, not masculine women trying to fit into a patriarchal world. We need to bring feminine qualities to the corporate world, and feminine values to education, health and communities.

I don’t know why people are so reluctant to say they’re feminists … Maybe some women just don’t care. But how could it be any more obvious that we still live in a patriarchal world when feminism is a bad word? ~ Ellen Page

Women around the globe are sitting with each other; recognising the power of being in circle with their sisters and of standing strong together. When women open to the power of true sisterhood, everyone benefits from the magnetic, healing force that is unleashed. There is something unique about the alchemical nature of the feminine in harmony and expressed freely. And when women support each other to be the best they can be, this feminine power is amplified.

Women are the creators of life; we’re wild, magic, intuitive beings of unfettered power, and it’s up to women to lead the way and hold up the torch of our highest humanity. Now more than ever it’s time to take up our feminine power. To stand up for what is right. To be moved, and to reach out and do something.

The revolution begins inside each one of us. And it’s not a revolution of women, it’s a revolution of feminine values, awakening in both men and women. It’s time we believed we can be more than we are; that we demand more from others, ourselves and the world. It’s time that we believe in a better future for all, and that we can create this future, together. When women join their hearts and hands, anything is possible.

“It is a movement that seeks to dismantle people being discriminated against for who they are; be it gay, a different race, transgender, disabled or female.” – what about discrimination against men, especially when it comes to children and access to social services? I agree that there should be equality but equality is not just about power. It’s also about being able to share our children, our families, and being willing to let men be who they want to be, not just who we are society expect them to be.