When Purpose Finds Us in Unlikely Moments

BY Chip Richards
Welcome to UPLIFT
Stories of Love
When Purpose Finds Us in Unlikely Moments
Our Paths Aren't Always What We Imagine...

We must be willing to let go of the life we planned so as to have the life that is waiting for us. – Joseph Campbell, The Hero with a Thousand Faces

Standing at the top of the in-run, I hear the announcer call my name. Friends and teammates cheer from the side as the course official waves his flag. I take a breath of mountain air, focusing down the snowy runway to the top of a large jump waiting for me there. Fourteen feet high at its peak, 70 feet back from the beginning of the landing hill. In a matter of moments, I will launch off the top of this jump at full speed and fly up to the tree line. I will perform a series of coordinated maneuvers in the air and a few seconds later, I will land. It’s been a long winter and my body is tired, but this jump is the only thing standing between me and the top national ranking I have been working toward. This is the next step in my Olympic dream and it’s the moment I’ve been waiting for. Drawing a breath into my belly, I force a deep exhale, tap my ski poles together in quiet ritual and push off down the track.

I’m not sure what lured me into the sport of Freestyle snow skiing as a kid, but I know what kept me there for over a decade growing up – rising before dawn on the coldest days, packing the family van to drive into the mountains, pushing through days of sweat and fear, pain and exhilaration. It was that moment just after lift-off from the top of the jump when I’d go from warp speed on the snow to weightless and timeless, way above it all. Quite literally flying. I’ve always believed in the limitless possibilities of life and the aerials event was one of my first doorways to explore these possibilities in physical form.

I had landed similar jumps from similar heights hundreds of times with no problem, but on this particular sunny afternoon, when my nineteen-year-old body arrived back to earth from forty-five plus feet above, the two forces did not agree. A lightening bolt of pain shot up through my right leg, stopping briefly at my knee before rippling through to the rest of my body… and the moment fades to black. 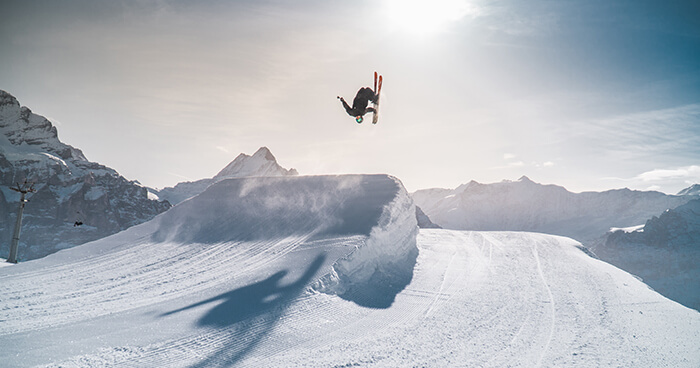 This time, life had other plans for me … Image: Felipe Giacometti

I remember the regretful blink in my doctor’s eye as he cradled my knee joint in his hands… I remember the disbelief in my coach’s eyes, and the tears in my dad’s as he met me on the street. I remember the chemical taste in my mouth just after surgery and the iodine stains on my withered leg in the early days of rehab. In one split-second moment, I had somehow gone from the rising peak of a lifelong dream to a pit of pain, disappointment, and uncertainty. As I lay there in the hospital bed, trying somehow to go back and choose differently, to undo what was now confronting me as reality… I could not imagine what good could come from this place…

How could I possibly foresee that in one year’s time, as a direct result of this injury, I would be lead to discover the extraordinary world of coaching… A gift that would open in accelerated form, leading me to Australia, where I would meet and marry my soul mate, fulfill my Olympic dream as the coach of the Australian team, buy a farm, co-create a beautiful son, learn to surf, grow a garden, write movies, coach businesses and create a whole life on this side of the world? Hard to believe that a moment of such pain and personal tragedy could give birth to such positive, lasting, far-reaching joy and discovery. But looking back now, I can see the events unfolding like poetry and I recognize this seemingly violent interruption to my ‘plan’ as the perfect catalyst to a much greater calling awaiting me on the path.

Amidst the rapid pace of our modern world, we often race along in reactive, unconscious patterns, finishing tasks, reaching our goals and doing our best to satisfy expectations of the world around us. But every once in a while, as we sprint along the path, a lightning bolt shocks us from our patterns, giving us a momentary view of a much greater landscape. It may come in the form of a quiet whisper, great blessing, deep challenge, crisis or even apparent tragedy. However this moment appears, one day looking back, we will recognize it for what it really was – an inner call for us to begin a journey into a greater experience of ourselves… To harvest some deeper, latent capacity or sense of purpose to create and express in the world.

Over the years, I have enjoyed the opportunity to speak with and interview many of the people in the UPLIFT community, whose messages collectively inspire millions on the path of discovery and becoming. One of my great fascinations is listening to their stories and discovering the simple, often unexpected, sometimes painful or crisis moments that have served as wake-up calls and turning points of higher purpose on their journey. 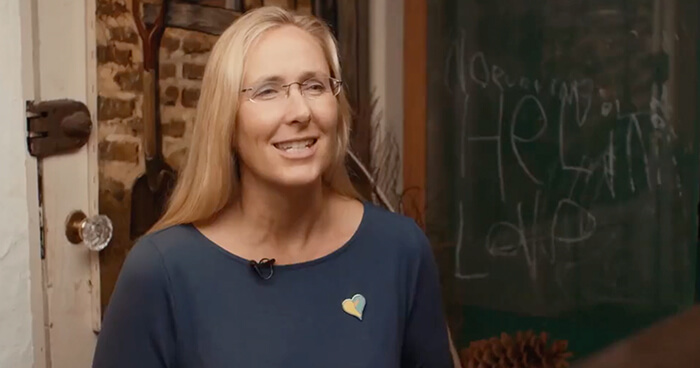 When Scarlett Lewis’s six-year-old son Jesse was killed in his first-grade classroom during the tragedy at Sandy Hook Elementary School on December 14, 2012, in one of the worst school shootings in US history, her life as a mother was violently interrupted. But when she saw a message Jesse left on their kitchen chalkboard shortly before he died, “Nurturing Healing Love”, she discovered the beginning of a great calling to share this formula for ‘choosing love’ with the world. She founded The Jesse Lewis Choose Love Foundation in honor of Jesse, igniting a path to promote social and emotional education in schools, and the message of compassion in communities around the globe. 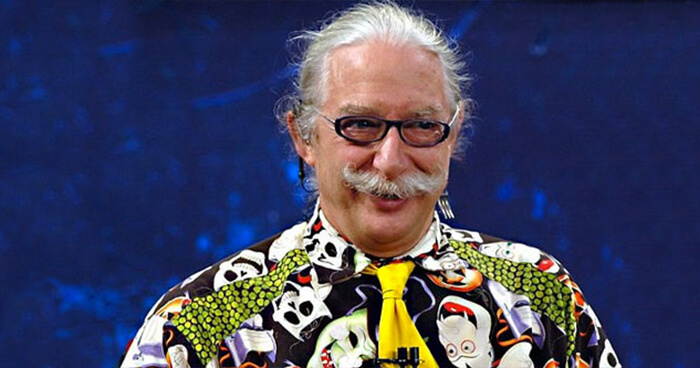 Patch Adams started his journey as a skinny misfit who turned to clowning at a young age to avoid being bullied on the military bases he grew up on. At age eighteen, following three mental hospitalizations from wanting to kill himself, Patch heard his calling at Martin Luther King’s “I Have a Dream” speech in Washington DC where he discovered a million other non-violent revolutionaries standing all around him. This woke him from a path of self-destruction into a life of love and meaning, healing the hearts and bodies of thousands around the world as a clown physician in places of great need. 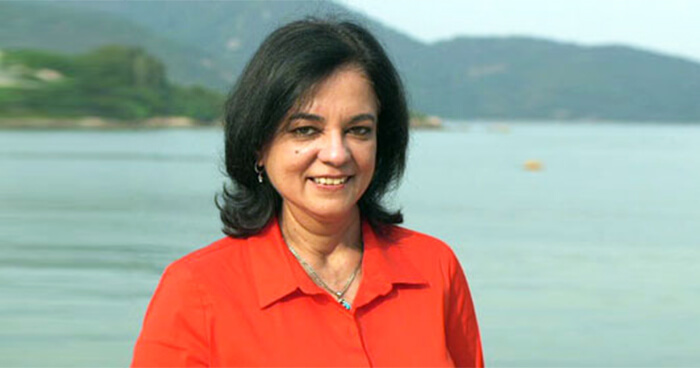 ​When Anita Moorjani slipped into a coma with end-stage lymphatic cancer, and doctors told her husband that her body was shutting down to die, she ended her four-year struggle as a patient and entered a journey of immeasurable love and acceptance on the ‘other side’ – revealing the true cause of her illness and the power to return, heal completely and live fearlessly, spreading a message of courage and love to millions. 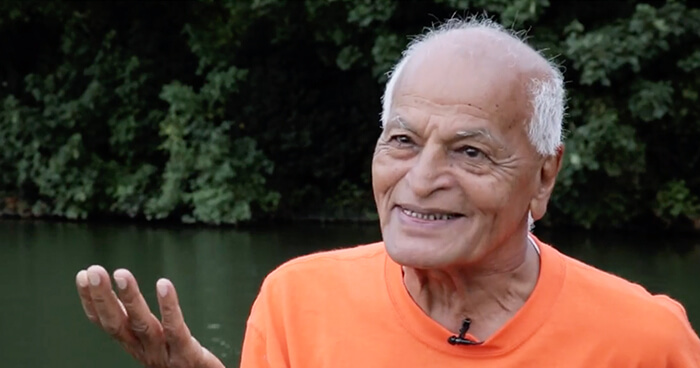 ​When Satish Kumar read a book by Mahatma Gandhi at age eighteen, his life as a Jain Monk (which started at age nine) was interrupted by a calling to flee the order and carry the message of non-violence out into the world. Several years later after reading a newspaper article about Bertrand Russell’s civil disobedience against the atomic bomb, Satish was similarly called to embark upon a 10,000 mile “peace walk” (with no money) from India to the four nuclear capitals of the world – an act which initiated a life long journey as a pilgrim, author, editor and peace activist in the world.

When we look at the lives and creations of people that we admire most, it is easy to become overwhelmed or intimidated by what they have achieved or contributed to the world, not knowing how we might even begin to start or chart a path like this of our own. But when we look a little closer, we see that even the greatest journeys start with a simple call – often unexpected, inconvenient, painful or uncomfortable – and our willingness to answer.

Sometimes the call starts out as a whisper but if we ignore the quiet voice, ultimately it will rise in volume until it is heard. In my own case, I like to think that I would have found my way to coaching and the rest of my life experience without exploding my knees to do it… but the truth is that without my physical body forcing that new door open, I would have continued plowing on, entirely focussed on my ‘plan,’ and may have walked (or skied) right past the life I have discovered since.

Answering the call doesn’t mean it’s going to be easy. In fact, with many of the cases above, choosing to follow that quiet voice might have brought challenges beyond what anyone could have imagined and may have initially appeared as utter foolishness from the outside. But when we are responding to a deep inner calling – even if no one else can hear it at the time – there is a quiet compass that guides our movements, a sense of knowing that propels us on the path. At first, we may push back or try to resist… but if we listen truthfully, and are willing to take even a small step in response, we will begin to recognize the invitation in these moments – seeds of our true self and higher purpose, calling us into being.

Is there a quiet compass pointing you in another direction? Are the seeds of your true self waiting for a rainstorm of courage and first steps? Please share your inspirations from being diverted from your steadfast path … or your inner-wisdom whisperings. From the North, South, East, and West we support you.

I was living a healthy, happy and beautiful life, as an art teacher.and a new grandmother, when disaster struck in the form of an aneurysm now fifteen years down the line i am still in recovery mode. I have used the time in strengthening my mind and trying not to be overcome by despair. I am lucky to have a very supportive family environment. This article has shown me how lucky i have been

Follow your passions they may go in another direction but there is usually a purpose. Were all here for different roads to travel .