While the Spanish word mañana means ‘tomorrow,’ it is often used to indicate an unspecified time in the future. When faced with a task that requires a big effort, the term mañana is simply employed to mean “sometime … but not now.”

Darwinian evolution theory emphasizes the concept of gradualism, the belief that evolution from one species to another occurs through the gradual accumulation of imperceptible changes over eons of time. Paleontologists Stephen Jay Gould and Niles Eldredge challenged this assumption when they verified that evolution actually results from long periods of stability that are periodically interrupted by catastrophic upheavals resulting in the mass extinction of life. In mass extinction events, up to 90% of the planet’s species disappear. Gould and Eldredge’s Punctuated Equilibriumtheory reveals that each catastrophe is followed by an explosive increase in the number of new species, at a rate faster than can be accounted for by Darwinian mechanisms. In other words, evolution occurs by sudden leaps, not gradual transitions.

Gould and Eldredge identified five previous mass extinction events that served as evolutionary punctuations in radically altering life on this planet. Their theory of Punctuated Equilibrium is absolutely pertinent to the current and future fate of civilization. Over twelve years ago, science informed the public that the massive loss of species on the planet revealed that we are in the 6th mass extinction of life. More significantly, it was recognized that this pending extinction event was due to human behaviour. The conclusion was simple, we must immediately change how we live and how we engage with the environment, for civilization is, itself, on the verge of creating its own extinction.

In response to the crisis, governments and corporations loudly proclaimed, “Mañana!” In fact, the public was really only made aware of the impending extinction event in the last year. While the public seems to be undeterred by the fact that since 1970, we have observed a loss of 65% of the planet’s animal population and that there will be no fish left in the oceans by 2048, the impact of climate change has rightfully awakened concern. Yes, rising sea levels are indeed an immediate threat to the massive populations living on the continental coastlines. As of yet, an undeclared crisis threatening the fate of civilization is that the unpredictability of the weather during climate change will precipitate a global catastrophe in food production. 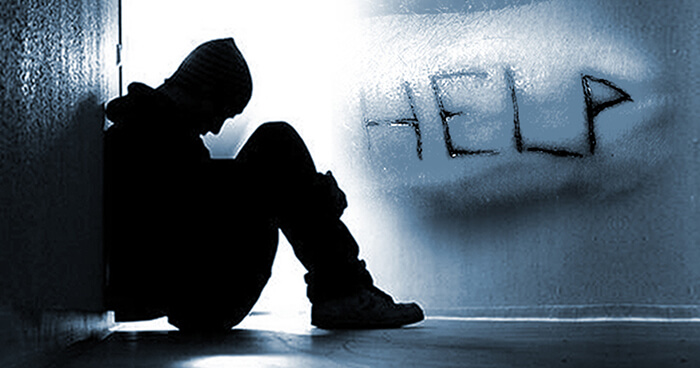 Depression is on the rise for young people, and so is suicide.

What History Tells Us

Archeologists have uncovered a small part of the remains of a massive civilization that disappeared over 10,000 years ago. While conventional perception holds that civilization first arose around 5,000BC in the Tigris-Euphrates River valley (Phoenicians and Babylonians), the civilization forming Göbekli Tepe in Turkey existed more than 6,000 years earlier than that. Who these people were and what happened to them is shrouded in mystery. What is clear is that the end of their civilization is the consequence of a cataclysmic comet impact in 10,900 BC, referred to by scientists today as the Younger Dryas Boundary (YDB) event.

While that comet, which may have hit Greenland, did not result in a loss of species that characterize a mass extinction, it had a profound effect upon the planetary climate. First, the comet led to a massive melting of ice sheets that covered North America, causing rising sea levels estimated to be hundreds of feet. Afterwards, there was a radically cooling that precipitated another ice age. What happened to Göbekli’s civilization? The loss of this civilization at a time of massive climate change may be much more than coincidence.

Depression is on the rise for young people, and so is suicide.

While shrouded in mystery, the story of Göbekli Tepe’s disappearance may be the writing on the wall that we should prepare for a very uncertain future. Most importantly, Generation Z, the young people born after 2000, maybe the awakened generation in regard to managing civilization’s response to climate change. These youth are already environmental activists. God bless Greta Thunberg and her constituency, marching in the streets awakening humanity to the crisis in which we now find ourselves.

Redirecting our resources away from corporate greed and focusing on supporting the ecology revolution is a win-win-win solution! We survive, the planet heals, and the youth create new life-sustaining technologies, jobs and a future world for their families.

Can we evolve and survive in the future with intention? The answers from new physics and new biology is a resounding YES! It is a scientific fact that consciousness creates our reality. As we concluded last month: To transform our world, we must first transform our thoughts! The influence of consciousness is real, and now more than ever, necessary, for we can collectively think our way from survival to thrival.

With Love and Light,
Bruce