What Will the Theme of Your Life be This Year?

BY Kira M Newman
Welcome to UPLIFT
What Will the Theme of Your Life be This Year?
Does Your Life Story Shape Your Goals?

If your life were a movie, where would the plot be headed right now?

You may not be immortalized in a film anytime soon, but your life is still a story. According to psychologists, we all have an internalized narrative that explains how we became the person we are today and where we are headed tomorrow. Like any Hollywood blockbuster, this narrative has settings, scenes, a plot, characters, and themes.

As we ponder resolutions for the coming year, the New Year can also be a time to reflect on our life story and to figure out how everything fits together. Incorporating our goals into the larger narrative of our life can give us more energy to pursue them, and to become the person we want to be.

The Science of the Life Story

Storytelling starts in childhood, with kids narrating events to their parents. Their stories—fragmented, short, and sometimes seemingly pointless—are more than just cute. They reflect a struggle to master this innately human form of communication and their efforts also reveal just how cognitively demanding it is. Parents help this process along by asking questions about causes, effects, and emotions, implicitly teaching kids what makes a good story. 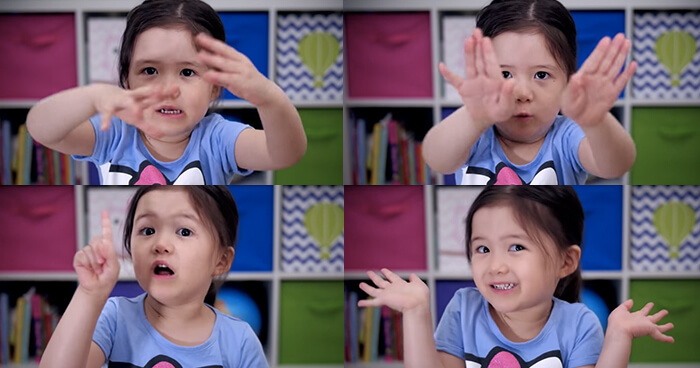 We start telling stories at a young age.

Adolescents improve by leaps and bounds in their storytelling ability, but they don’t quite perfect the art. In fact, at least one study says our stories become more and more coherent through our 20’s. The ability to integrate our stories around a common theme—more on that below—continues improving even into our 40’s. Stories are the way we make sense of the world, and we’re constantly narrating and revising in our heads, sometimes without even realizing it.

Although our life story is based on actual events, it is also highly personal and subjective. The same life could be narrated many ways; we might hone in on our parents’ divorce and how it colored everything that followed, or downplay the divorce and instead highlight an exemplary college career. Northwestern professor Dan McAdams, a pioneer in the field of narrative psychology, says:

Creating any kind of a story is a construction. It’s not just finding something that’s out there… Selves create stories, which in turn create selves.

Not only do stories tell us who we are, but they can also become resources we draw upon in times of difficulty: Recalling stories of strength or resilience helps us confront new challenges, reminding us of how we solved problems in the past. Telling stories can connect us with others; creating intimacy and strengthening relationships. The best stories provide meaning and purpose by linking seemingly random events and experiences into a progressive journey. 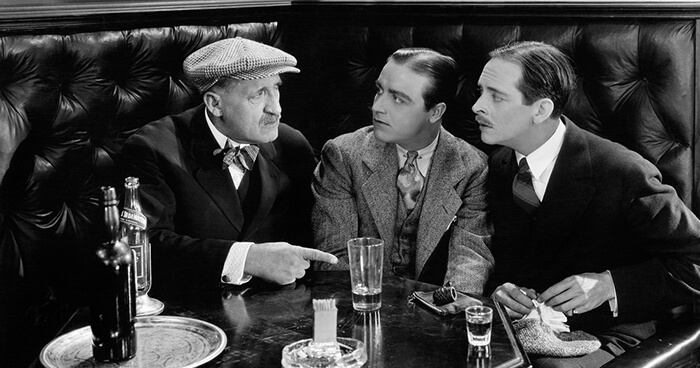 Telling stories can connect us with others.

Studying stories is not easy since every person’s life is so unique. In their quest to categorize and correlate, researchers have come up with different ways to analyze life stories, and one of those ways is by theme.

A theme is a common motivational thread or pattern that runs through a life story. The three themes detailed below—communion, agency, and redemption—have all been linked to well-being. If you want to cultivate happiness in the coming year, organizing your goals and your life story around one of these themes could help the pieces fall into place.

1. Communion.
Stories that emphasize connection, love, friendship, intimacy, caring, or belonging embody the theme of communion. For example, in a 2013 paper, one participant focused on her supportive relationships when recalling a particular memory: “I was warm, surrounded by friends and positive regard that night. I felt unconditionally loved.”

In a 2004 study, 125 undergrads filled out personality surveys and then wrote about ten scenes from their life story, including a morality scene and a decision scene. Researchers analyzed these scenes for different themes, including the theme of communion. The more this theme showed up in their writing, the more extroverted and agreeable the students tended to be—two traits that are associated with high happiness. 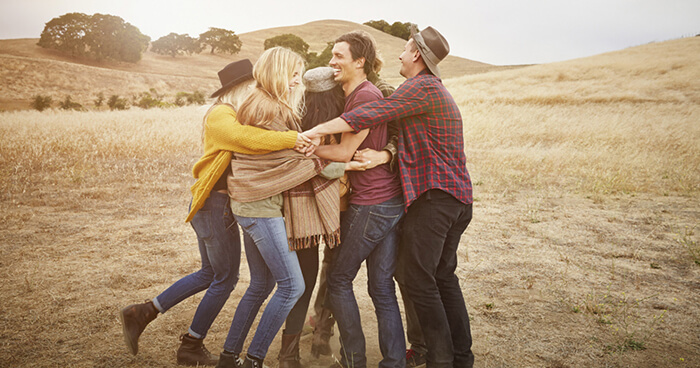 Connection, love, friendship, intimacy, caring, and belonging are all themes of communion.

2. Agency.
If some stories emphasize social connection, others emphasize achievement, self-mastery, empowerment, status, and influence. “I challenge myself to the limit academically, physically, and on my job. Since that time [of my divorce], I have accomplished virtually any goal I set for myself,” a different participant wrote in that 2013 study. When describing their experience in therapy, people who tell stories with a stronger agency theme tend to have higher well-being.

The distinction between communion and agency doesn’t simply boil down to a focus on relationships or work, though. Remember, stories are subjective, and so are themes. If I started a meetup group, I could choose to look at that as an entrepreneurial act of leadership or the pursuit of deeper connection. Each lens would have a different impact on my sense of self, and my life story.
[signupbanner]
3. Redemption.
The theme of redemption, perhaps the most well-studied in narrative psychology, exists when something bad is mitigated or transformed by the good that follows. Stories of redemption are sad stories with a happy ending: We’ve grown or learned something, or simply recovered; perhaps we choose to see the whole experience as a form of loving sacrifice.

In a 2001 paper, University of Missouri professor Laura King quotes the parent of a disabled child telling a story of redemption. The story concludes:

I know my daughter is quite special. It’s as if she’s part of another race or from another planet. She’s definitely wired differently. And I think those wires are hooked directly to God. She’s the closest I’ve come to an angel on Earth.

In another 2001 study, researchers interviewed 74 adults about their life story. During a two-hour conversation, participants described a variety of scenes from their lives, including a high point, a low point, a turning point, their earliest memory, and important scenes from childhood, adolescence, and adulthood. When their stories were analyzed, the results showed that participants who tended to tell more stories of redemption also reported higher life satisfaction. Redemptive stories were more strongly linked to life satisfaction than stories involving positive emotions, so it wasn’t just redemption’s happy ending that made people feel better. 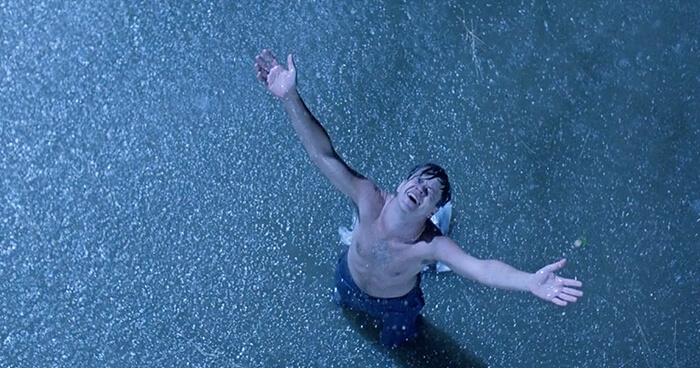 Stories of redemption are sad stories with a happy ending.

“A [redemptive] story suggests hope and progress in life and may thus confer on the storyteller a general coping advantage,” the researchers write. It may become a self-fulfilling prophecy, whether the positive interpretation was initially true or not: In a 2013 study, alcoholics who said their last drinking episode improved them in some way (making them stronger or more motivated) were more likely to be sober and in better health four months later.

More evidence is needed before researchers conclude that particular life stories cause people to become happier, but they suspect it’s a kind of loop, where emphasizing certain life themes leads to happiness. That said, it’s also the case that happier people are more likely to highlight certain themes and to become even happier from doing so.

How Goals Fit into Your Life Story

In reading about these themes, you might find yourself gravitating toward one of them. Perhaps you’re prioritizing relationships at this point in your life, or you’re struggling to overcome trauma. According to UC Riverside professor, Will Dunlop:

The trick really is identifying the type of theme that will work for you and your life (there’s no ‘one size fits all’ solution here). 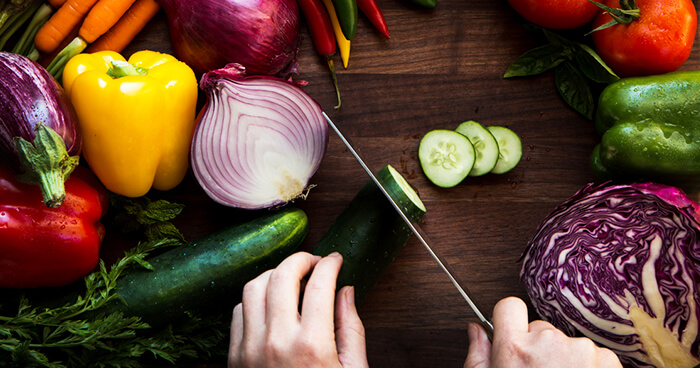 Perhaps your goal is to eat healthier because you have felt less than healthy in the past.

So how should your life theme inform your goals for the next year? The first thing to understand is that goals are part of the tapestry of the life story. As McAdams wrote in 1992:

As a rule, then, life stories and goals tend to align. In a 2006 study, researchers asked undergrads to describe their goals and their life stories. They found that students with social goals (to meet people or make friends) were more likely to have social life stories—life stories emphasizing the themes of communion and altruism. Goals can even shape which memories we’re more likely to recall. McAdams said:

Achieving this kind of integration between goals and life stories will make us more motivated and energized to work toward our aims… Goals are crying out or beckoning to be brought into the narrative…There’s this ongoing story about life, and if a goal is worthy of being brought into that ongoing narrative, then it’s arrived. 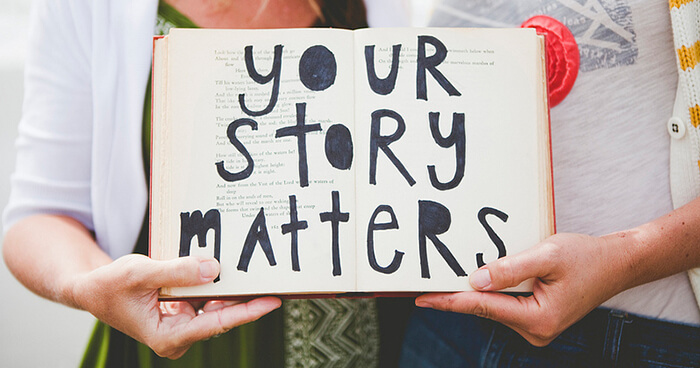 Knowing your story can help you to set more aligned and, therefore, more achievable goals.

When a goal gets integrated into our life story, “it raises the stakes”. He adds:

It says, ‘This is an important thing. My very identity is (to a certain extent) hinging on success.’

Yet McAdams also points out that a goal may represent a departure from our previous trajectory in life, a kind of transition or turning point—and that can become part of our life story, too. The workaholic who vows to make it home in time for dinner may be shifting from the theme of agency to a theme of communion, for example.

Either way, it’s wise to understand how our aims for the future relate to our path in the past. Goals and New Year’s resolutions don’t have to be isolated aspirations, failed and forgotten. Instead, they can contribute to crafting a life theme and an identity that both endure.