What We Can Learn from Forgotten History

During the early days of slavery in the American Southeast, native Seminole, Choctaw, Cherokee, and Creek Indians were known to raid plantations and free captive slaves. Despite their cultural differences, they recognized their common struggle against oppression at the hands of colonial rule. In an attempt to keep these original African and American people divided, colonial authorities granted slaves to some native tribes.

The tribes recognized the slaves as equals, married them into their families and culture while continuing to raid plantations and free other slaves.

This has a lot to teach us today as all of us from diverse backgrounds around the globe face common threats. It is also a testament to not “buying into” or believing narratives that allow the oppression of others.

If you believe people have no history worth mentioning, it’s easy to believe they have no humanity worth defending. –William Loren Katz​

Colonialists assumed that the narrative about wealth, owning slaves, and power was universal. They wrongly assumed that natives would also live by this belief when they granted them slaves. Changing power structures is most effective when the stories that support them lose credibility. As we have seen throughout history, and what is now backed by science is the power of our beliefs to shape our reality. To learn more about the Biology of Belief, you may want to explore the work of Dr. Bruce Lipton. What are contemporary stories that keep us divided?

Freedom is indivisible, and when one man is enslaved, all are not free. – John F. Kennedy

Successful political and social movements succeed by building coalitions and alliances between diverse groups that share a common interest. Movements are easily diffused when division and mistrust are seeded. Today humans everywhere face common threats of exploitation, contaminated water, air, and more. What are some other common threats that people everywhere can agree on? 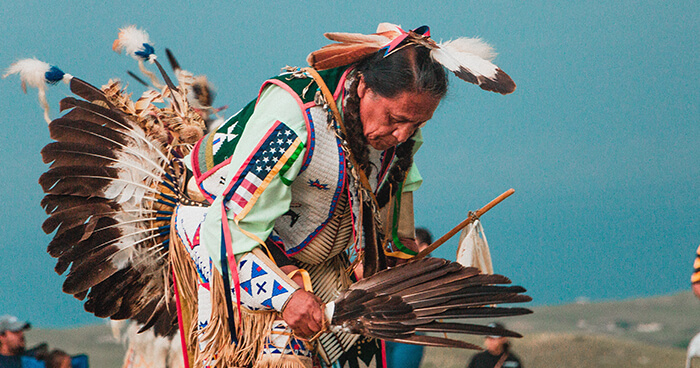 Antiquated colonial belief systems have been incorporated into modern corporate structures and woven into policies and laws that continue to haunt us. The core belief that justifies the exploiting of other people is the same as the notion of exploiting natural resources, exploiting children, or exploiting women. The beliefs of scarcity, fear, superiority, competition, and entitlement are central justifications. Like the early colonialists, many of us assume that these stories and beliefs are universally true but they are not. Are we willing to examine our own assumptions and rewrite these stories together?

We need myths that will identify the individual not with his local group but with the planet. – Joseph Campbell, The Power of Myth

We have seen environmental groups compete against each other for grants while their shared cause suffers. We have seen social movements scream louder, insisting that their cause is the most important and nobody’s voice is heard. Meanwhile, we continue to see the global elite, and corporations write oppressive trade laws like Trans Pacific Partnership, FIPA, and TTIP that weaken democracy, threaten the environment, and open the gates to exploit workers. These antiquated policies keep us all pitted against each other while instilling division, oppression, and exploitation into the fabric of our economic system, and justice system.

The same cooperation shown between slaves and Native Americans that eroded oppression in their time can be used today to make a more equal, safe, sustainable future for all of us. We can listen to the voices of others who are feeling oppressed and find our common cause. We can embrace environmental causes that recognize the importance of a healthy ecosystem as integral to a healthy society. We can stop listening to the narratives that keep us separated, turn-off our television, and start sharing stories that bring us together for a common cause. Our connectedness has grown exponentially through social networks, it is time for our connectedness to include the realm of the heart and compassion into an integrated community of people who genuinely care.

Divided, our global issues are overwhelming. United, our collective strength is unstoppable!

Well. It. Is. Forgotten only. If people in the..here and. Now. Do. Not record it. Nursing homes and specialty hospitals. Have multiple patients having long time history but. No. One..to. record. It

Completely agree. Unfortunately, though, I also believe that there are those who will not give up the privilege and greed that they are born into. This is why I think in the future, there will be two tribes. The compassionate and greedy and selfish. I cant see a way around that fact.

I am wishing for a better world contributing the best in my thoughts words and actions with my ability I respect and value your knowledge. .

0
Reply
PrevPreviousHow to Recycle Yourself
NextWisdom of an Andean MysticNext