What to Do When You Feel Lonely

We live in lonely times. The elderly are lonely. The teens are lonely. People are lonely in cities and in rural areas, so much so that it’s now considered a public-health issue (one with real, physical health effects). In a cover story for the Harvard Business Review last year, former Surgeon General Vivek Murthy declared that “the world is suffering from an epidemic of loneliness.”

And a new report from Cigna highlights just how widespread that epidemic has become, at least in the U.S. The health insurance company surveyed 20,000 people using the UCLA Loneliness Scale, which asks people to rate their agreement with 20 statements like “No one really knows me well” and “There are people I can talk to.”

The results weren’t exactly uplifting: Nearly half of respondents said they sometimes or always felt alone, more than 40 percent said they sometimes or often feel that their relationships aren’t meaningful, and only slightly more than half said they have a meaningful in-person social interaction each day. A score of 43 or above was considered a marker of loneliness (the scale ranges from 20 to 80); the average was 44, with Generation Z as the hardest-hit age group. 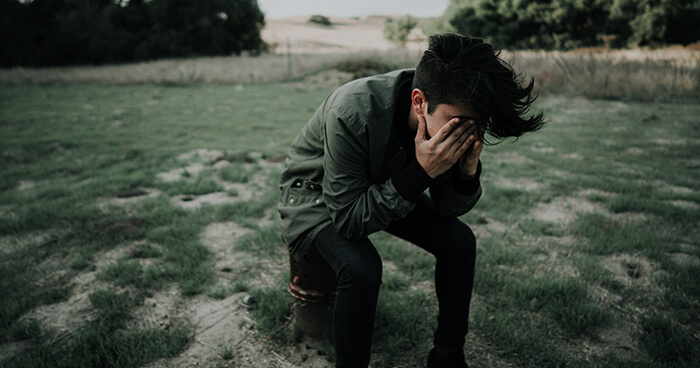 We are living in a world of widespread loneliness for both young and old. Image: Fracisco Gonzales

Advice on Dealing with Loneliness

But while public-health experts continue to grapple with how to tackle the problem of loneliness on a larger scale, there are smaller things you can do in your everyday life to combat it. Here, seven therapists offer their advice on concrete steps you can take when you’re feeling especially lonely.

Practice small talk with cashiers and the other people you encounter throughout your day. When you go into your favorite coffee shop, make a simple comment about the weather or the music that’s playing. Don’t think of this as a time to start a long conversation, more as a way of making those brief, seemingly impersonal interactions a bit more friendly and inviting. It can decrease the feeling of loneliness as you’re building your social network in other areas. Plus, if you practice this small talk in a variety of situations, it’s easier to start a conversation with people you think you want to become friends with. It’s a win-win. 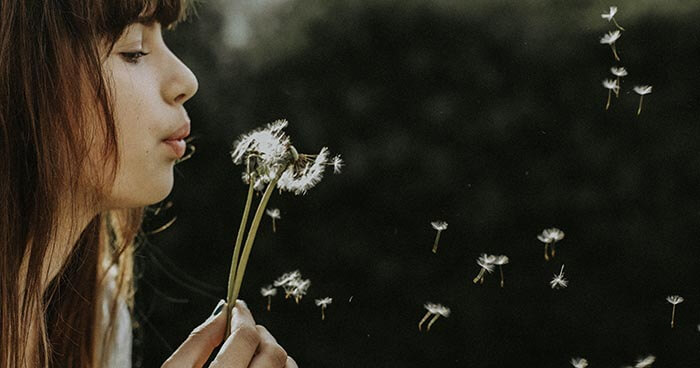 Learn how to enjoy your own company. Image: Nine Koepfer

2. Get Comfortable with your Own Company

Get comfortable with your own company. A lot of people crave company—almost anyone’s company—because they fear the ‘void’ and discomfort when they are alone. But getting together with others as a desperate attempt to not be in one’s own company will just leave you feeling more lonely. So instead, learn to enjoy your own company. Some good ways to start are, a meditation class, taking yourself to a movie, reading, watch TED Talks or other things that will make you think, or starting a gratitude journal. Focusing on things to be grateful for rather than wishing for what you presently have is a great lesson in appreciation. Also, do something freeing like dance naked, eat messy food in bed, or O.D. on junk TV.

— Sherry Amatenstein, Licensed clinical social worker, author of How Does That Make You Feel?

3. Put Time into Your Friendships

One thing to remember in our age of instant gratification is that friends aren’t found; instead, friends are made—crafted, really—over time. It takes between 6–8 conversations before someone considers us a friend. We wish we could walk into a party, instantly connect, and walk out arm-in-arm with a new BFF, but really it’s an incremental process. The good news is that the bar to start is low. It’s been shown again and again that, as long as we are mutually kind to each other, we become friends with whoever we see most often. Proximity and repetition are key. So put yourself in situations where you see the same faces again and again: a dog park at the same time each morning, a weekly writer’s workshop, or a co-working space.

— Ellen Hendriksen, Clinical psychologist, author of How to Be Yourself 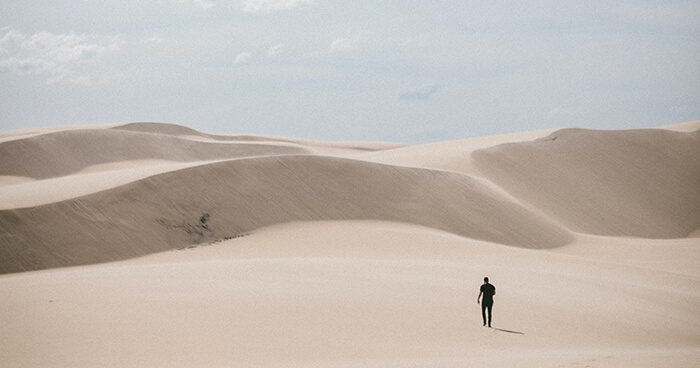 Connect with the lonely part inside yourself. Image: Billy Pascoe

4. The Lonely Part Inside

Work simultaneously on connecting in meaningful ways with the outside world while connecting with the lonely part inside. For the outside world part, I would find out what kinds of activities someone liked and then try to channel that into a group activity where they will make connections. For example, if someone likes sports, join a local team like Zogg softball leagues. If someone likes writing, I’d say join a writing group. I believe in online dating to meet people if someone doesn’t meet a lot of people in their everyday work. It might help them to understand any conflicts or fears around being with people and then help them overcome those obstacles.

First, identify why you’re lonely. People are often told to cope with loneliness by engaging in a social activity, but this isn’t always wise advice. In order to truly cope with loneliness, one must understand why they’re feeling lonely. If you’re lonely because your relationships lack depth/meaning, or you feel like people, including friends, don’t really know you, it might make sense to examine what’s getting in the way of building intimacy. 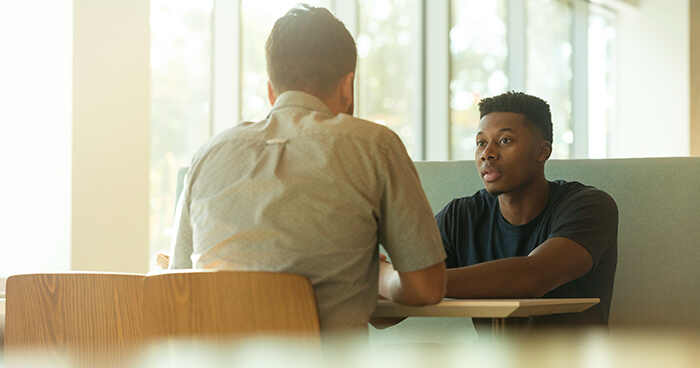 Are you afraid of being vulnerable with others? Is it difficult to move beyond small-talk in social situations? Once you identify the reason that you’re feeling lonely, you can learn how to remedy it. For example, try moving beyond small talk in your day-to-day conversations. Instead of asking a co-worker or friend about their weekend plans, ask a more personal question, like “What’s one thing that I don’t know about you?” or “If you could travel anywhere in the world, where would you go?” These types of questions can foster human connection.

Second, use info from social media as a conversation starter. It’s difficult to forgo social media, but we can make wiser choices about how we incorporate it into our daily lives. That doesn’t necessarily mean going on a digital detox, but rather using the info you glean from a friend’s social-media reel as a conversation starter the next time you get together. Or better yet, use the information as an opportunity to reach out and make plans to see each other. For example, this past week I learned that a friend started a six-week exercise program. Knowing that she’s excited about her new routine, I reached out to ask her how it’s going and made plans to have coffee tomorrow afternoon.

Third, pet therapy: Spending time with a pet can help combat feelings of loneliness by giving us an oxytocin boost. If you don’t have a furry companion, see if your city has a ‘cat café.’ These cafés allow people to come and play with cats for an afternoon, which also allows you to get to know a new group of people who share a common interest. Volunteering at a local pet shelter may also be helpful. 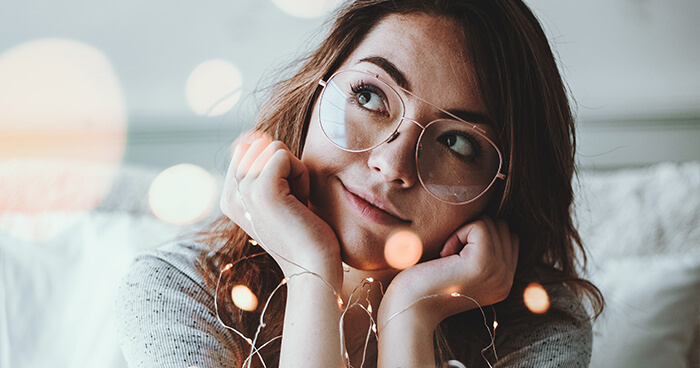 Embrace who you are. Image: JoelValve

6. Reach Out to Family

I often challenge my clients to go back to their family and consider how their immediate and extended families are a resource to them. When people start writing letters to a grandparent or setting up a weekly phone call with a sibling, it can have a huge impact on their overall mood. Learning more about your family history and tracking down distant relatives is a wonderful way for people to remember that their lives are part of a larger story with many interesting characters.

7. Embrace Who You Are

I suggest people embrace who they are. Introverts often see their social style as negative. When they compare themselves to extroverts, they feel insecure and unworthy. Introverts don’t have to have a large group of friends who want to go out all the time. Be true to yourself. You can have a smaller group of friends, enjoy your alone time, and still be far from lonely.

I also encourage people to pursue interests, not people. Get involved in a personal interest and that can put you in touch with like-minded people. Create a meetup.com account, take a continuing education class at your local university or community college, or become a volunteer. This often feels much less intimidating than feeling you have to go out and meet new people.

Great article! It takes practice and patience and for me therapy. I work with a counselor who specializes in healing the body from trauma.If you have experienced truama please consider truama therapy. And incorporate all the suggestions made here. I have( still learning) and my life long depression has lifted and i enjoy myself. I am 66 y.o,multiple cancers survivor,multiple truama survivor, recovering alcoholic(30 yrs sober),and i have(had) a long term chronic illness that took me out of the work force when i was 40. So. If i can recover from depression and feeling alone anybody can. You can start a new creative life. Its freaking hard but worth it.

No not helpful. The ideas are without touch. There is one huge issue missed. We do not feel loved, cared or have ability to share our life with someone. Human beings have a need to exchange ideas, feel approval and acceptance of who they are, care for, mentally stimulated. I miss it in my life and feel tremendously lonely to the point that I feel it in my heart and soul. No faith or religion can replace it.

I have attempted at one time or another, all seven of the suggestions that were offered…to no avail. I am lonely, isolated and I feel that I have no purpose. I belong nowhere. I’ve reached out, gone out tried to have pleasant times by myself but even I don’t enjoy my company these days. Never in my life have I felt so lost, alone and useless. Regret and a sense of loss haunt me every day and I have become invisible to the world and have lost mostly, the person who used to be me.