What is the Great Law of Peace?

BY Jacob Devaney
Welcome to UPLIFT
What is the Great Law of Peace?
The Native Roots of Democracy

Politicians wave the flag and march soldiers to war without any true understanding or respect for the actual history or purpose of democracy. Hot topics during election years always include women’s issues, immigration, and the environment but these topics have been with us for generations. Councils of Iroquois Natives had put a lot of thought and discussion into these issues almost 300 years before America declared her independence in 1776. The Iroquois Confederacy was based on The Great Law of Peace and much of those original teachings were adopted and incorporated into The United States Constitution and later into the United Nations. Now is a good time to consider The Great Law of Peace in light of the pressing issues of our day.

The Iroquoian system, expressed through its constitution, “The Great Law of Peace,” rested on assumptions foreign to the monarchies of Europe: it regarded leaders as servants of the people, rather than their masters, and made provisions for the leaders’ impeachment for errant behavior. The Iroquois’ law and custom upheld freedom of expression in political and religious matters, and it forbade the unauthorized entry of homes. It provided for political participation by women and the relatively equitable distribution of wealth.”
– Bruce Johansen, Forgotten Founders

The extension of liberty and political participation to women, who nominated the male leaders, was also an important part of The Great Law of Peace since the 1400s. Meanwhile, during the same century that The Great Law of Peace was founded by The Haudenosaunnee (Iroquois) in the Northeast, Christopher Columbus arrived as an immigrant to The New World. Today many people prefer to call Columbus Day “Native American Day” to acknowledge the many thousands of natives who were in America before it was “discovered.” 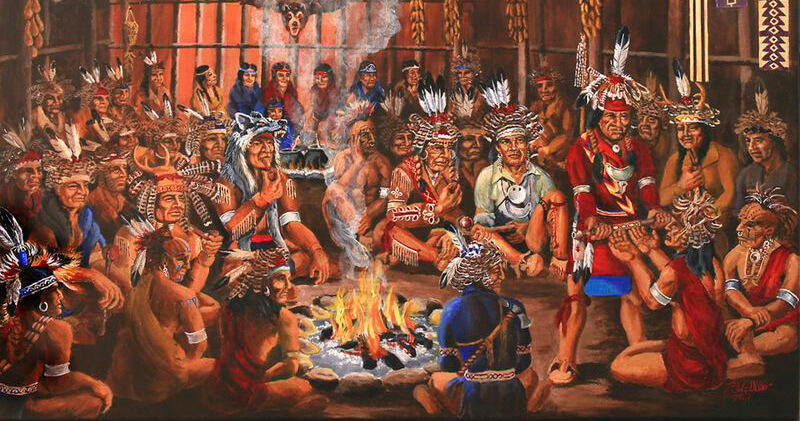 Pope Nicholas the fifth issued a Papal Bull which gave Christian explorers the “right” to claim lands not inhabited by Christians for exploitation and “discovery.” It was also stated that “Pagans” could be converted, enslaved or killed while the land and spoils would belong to Catholic Monarchs in Europe. Many people today claim that America was founded on “Christian Values” though history shows that the conditions of “discovery” by Columbus and Conquistadors were far from the principles of love and forgiveness taught by Christ according to the New Testament.
[signupbanner]
Currently America spends 10 times more on military and war than on healthcare, housing, and education. It is also one of the worlds biggest manufacturers and exporters of weapons to countries around the world. This isn’t just an American problem, it is a global issue since foreign policies are influenced by weapons lobbyists. We hear people complain of tax-dollars going towards healthcare, housing and education as if it is socialism, but we never hear of war as a socialist plot or an entitlement… Regardless of how far we have drifted from the founding principles of democracy we must turn our eyes to the noble promise of liberty and peace. What can we do to return to the roots? 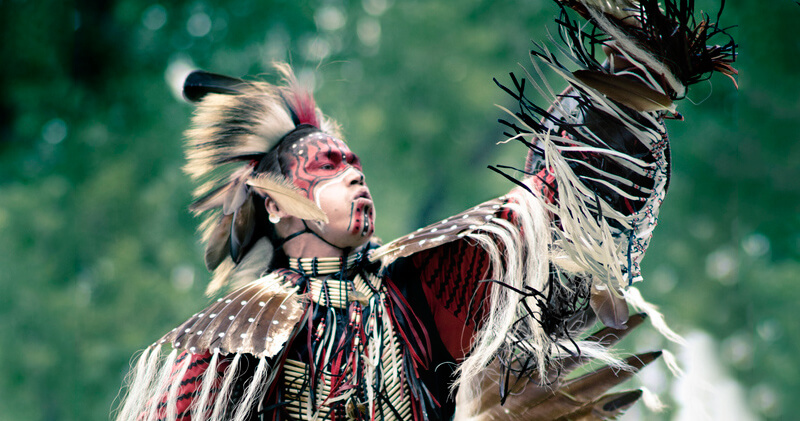 Article 24 of The Great Law of Peace stated: The chiefs of the League of Five Nations shall be mentors of the people for all time. …they shall be proof against anger, offensive action, and criticism. Their hearts shall be full of peace and good will, and their minds filled with a yearning for the welfare of the people of the League. With endless patience, they shall carry out their duty. Their firmness shall be tempered with a tenderness for their people. Neither anger nor fury shall find lodging in their minds and all their words and actions shall be marked by calm deliberation.”
– Akwesasne Notes, 1977

It is clear to see why Ben Franklin and the Founding Fathers had such a deep respect for these indigenous teachings, as they actually mirrored Christian teachings. What would the world be like today if foreign policy was created with this kind of respect, honor and statesmanship? 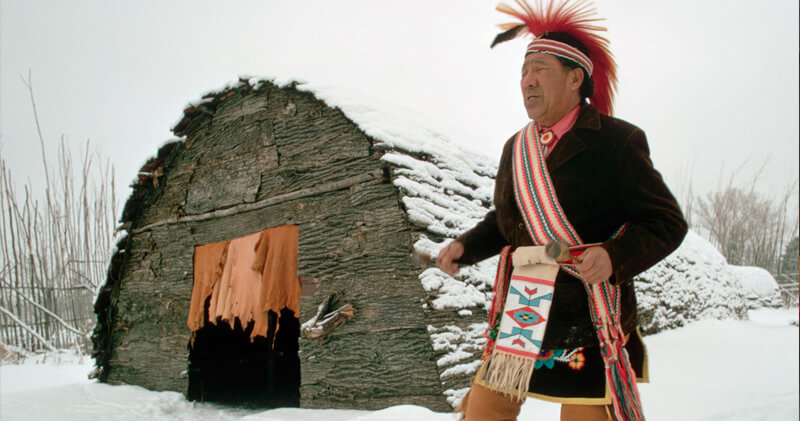 We are part of a global community. We see the effects of failed policies causing grave suffering for people everywhere. Our polluted air and water flows across nation borders unrestrained, and corrupt banking practices have shaken the foundation of the worlds economy. Can we re-vision our planet with respect for the past while simultaneously incorporating peace as an attainable goal for our future? The true ideals of liberty also include a responsibility to the greater community (locally, nationally, and internationally). Social, environmental, and economic responsibility to the whole would be an expression of ethical values regardless of any particular religion, corporation, or nation-state who claims to hold itself as virtuous.

Strands of indigenous wisdom remain and are still strong in the Americas. Is the world ready to embrace indigenous wisdom? Placing the health of the whole above the individual, and taking care of our environment are true values from native culture worth emulating.

An uninformed society will surely fail. You might also enjoy reading this piece of information by Grace Li Xiu Woo.  There is a growing movement of people everywhere dedicated to creating peace from the inside and bringing it out into the world. Sometimes we are called to return to the roots, now is that time! May we learn to embrace that our diverse histories flow like many streams into one ocean.

Why is the human race, with such great capacity for curiosity and creativity, so contentious? Why do most indigenous people have a teaching of “don’t take more than you need,” and being grateful, while the “civilized Christians” were like a horde of destructive locusts?
http://danceforallpeople.com/haudenosaunee-thanksgiving-address/

“Those who spend in prosperity and adversity, and those who suppress anger and pardon men; and Allah loves those who do good;” (Ch.3 v.135)

“And they feed, for love of Him, the poor, the orphan, and the prisoner, Saying, ‘We feed you for Allah’s pleasure only. We desire no reward nor thanks from you.” (Ch.76 v.9-10)

Brilliance, in both the writing, as well as in the message delivered from the past. We have this in us. Such ideas are spreading, and more are buying in. It’s slow, the wheels of progress. For some of us, we sense the urgency. Some, simply do not wish to face the troubled, collective past we share, which is the collective trauma now we are suffering together, brought upon us all with the tragedy that is colonization of our shared lands. Canada has a Truth and Reconciliation Process now underway. It is my personal hope that other nations follow-suit. It’s time for collective healing. We’ve allowed now far too much damage to be done. Thank you all for your work. Cheers.

In the deep nature connection programs we are offering we are bringing in the great law of peace as a way to come together in a good way. . would love to receive more teachings about it . where can we find more about it ?

The only thing is that it says “The Iroquois Confederacy WAS based on the Great Law of Peace” it should say that that”IS” based on the Great Law of Peace. The Hadenosaunee are still here and have never given up these principles. This way of life. We still look to the seventh generation in our decision making to ensure what we are doing is beneficial for them. We are still here. Science is finally catching up to the wisdom we have always carried.
Awehhoda
Onondaga Nation Eel Clan
Haudenosaunee
Iroquois Confedercy

I have never read a more beautifully expressed summary of what is, now.

A very interesting and inspiring article!