Welcome to UPLIFT
Stories of Love
What is Genderqueer?
Thinking Outside the Boxes

Germaine Greer–feminist, academic and no stranger to controversy–has angered transgender activists and found herself the subject of an online petition following comments she made during a BBC interview that “post-operative transgender men are not women.”

The petition’s aim is to prevent Greer from presenting a lecture at Cardiff University. Students at the university, most vocally women’s officer Rachael Melhuish, have accused Greer of demonstrating “misogynistic views towards trans women, including continually misgendering trans women and denying the existence of transphobia altogether.”

Greer has defended her opinion, claiming she’s “not about to walk on eggshells” with her views, but her comments do open up space for a meaningful discussion on gender, sex and the complex relationship between the two.

There are Boys and there are Girls, Right?

But is it always one or the other? Genderqueer people, among others, say no.

People who describe themselves as genderqueer often feel that the gender binary (boy OR girl, woman OR man) is too limiting to describe their experience of gender.

From infancy, we are told that everyone should fit into a box associated with either ‘man’ or ‘woman’. One of the first things we do when meeting someone new, or simply passing someone on the street, is to make a choice as to which box they fit into. 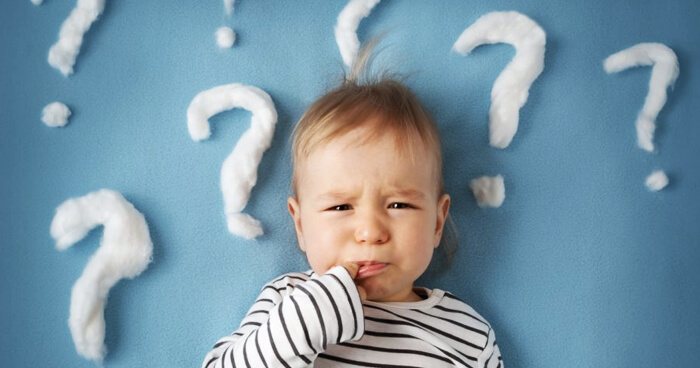 Genderqueer people believe it’s not as simple as ‘boy or girl, man or woman.’

Yet the social division of gender can be alienating for those who do not identify with this binary, according to Susan Saltzburg and Tamara S. Davis:

In reducing the human experience to a simplistic interpretation of gender identity, we reify the notion of discrete and mutually exclusive categories of gender, marginalising those who cross over the borders of gender specification.

Some feminists have argued for a distinction between sex and gender, where sex is the biological framework of male and female, gender is the social construction and experience of masculinity and femininity.

Other feminists, including Judith Butler, have gone further, challenging our belief in the ‘natural’ biological binary of sex and pointing out that not all babies are born female or male.

These scholars have shown that our social ideas about gender also shape the way we understand the body itself. The understanding that gender is neither intrinsic nor a binary is where the idea of genderqueer begins.

Beyond the Gender Binary

For many people, the concept of genderqueer remains something of an enigma. This is, in part, because ‘genderqueer’ means different things to different people. 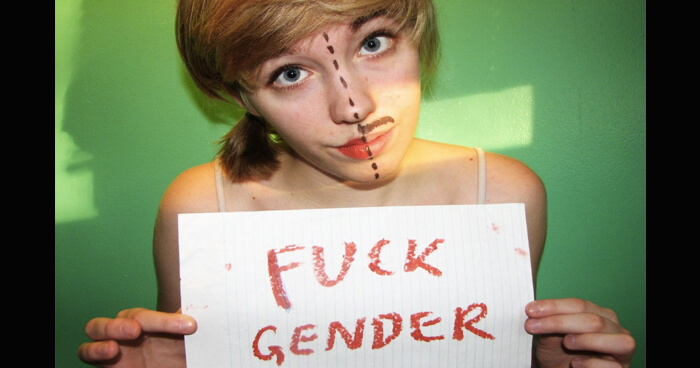 Some reject the idea of binary gender altogether.

Genderqueer can enable individuals to flexibly explore their gender over time, experimenting and changing as they go, but it can also describe a steady sense of sitting somewhere in between the traditional binary boxes.

Other terms–genderfluid, agender, genderless–describe similar perspectives, while ‘cisgender’ describes the experience of identifying with the gender you were assigned at birth (being assigned female at birth and identifying as a woman, for example).

Since you won’t be able to pick a genderqueer person simply by looking at them, the only way to ever really know how someone feels about their gender is to listen carefully and follow their lead.

There has been a lot of recent discussion about the term ‘transgender,’ particularly around former Olympian, Caitlyn Jenner, and Orange is the New Black (2013-present) star, Laverne Cox.

So, let’s sketch out the relationship between ‘genderqueer’ and ‘transgender.’

Transgender traditionally refers to people who are strongly attached to whichever binary gender (boy OR girl, woman OR man) is ‘opposite’ to their biological sex. Someone assigned ‘male’ at birth but who identifies as a woman is often described as a ‘transgender woman,’ while someone assigned ‘female’ at birth but identifies as a man is often described as a ‘transgender man.’ 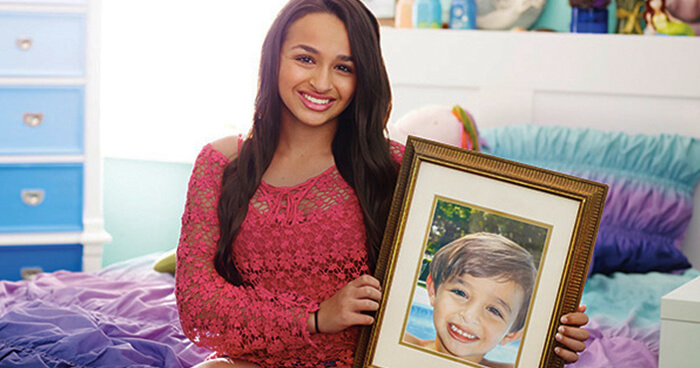 Jazz Jennings was born male but identifies as female, making her a transgender woman.

(One of the critiques of Germaine Greer’s recent comments has been that Greer confuses this language when she insists on calling transgender women “post-operative transgender men,” thus mis-gendering an already marginalised group of people.)

Most of the transgender characters we see on television are portrayed as having an attachment to the gender binary, but not all transgender people feel this way. While some trans people have a sense of being in the ‘wrong body,’ others have a much more fluid sense of gender. Some people may identify as genderqueer, as well as trans or transgender.

Some transgender and genderqueer people may want to access hormones and/or surgeries in order to re-shape their bodies. Others may not desire any particular physical changes at all.

Genderqueer is a lesser-known concept than transgender and, as a result, genderqueer people who do want to make a shift in the way they are medically, legally or socially recognised may face extra barriers to having their identity legitimated.

There is much scholarship devoted to transgender experiences, including the Transgender Studies Reader (2006, 2013). There is much less academic attention to genderqueer identities and experiences. One book that attempts to address this gap is GenderQueer: Voices From Beyond the Sexual Binary (2002), edited by Joan Nestle, Clare Howell, and Riki Anne Wilchins.

Much is said about the changes people make to their own bodies, but far less about the many small changes we could make as a society that would make a difference in the lives of genderqueer people.

Aspects of daily life–which many people take for granted, like walking into the ‘right’ public restroom or ticking ‘M’ or ‘F’ on a form, become complex (if not impossible) when you don’t fit the either/or model. 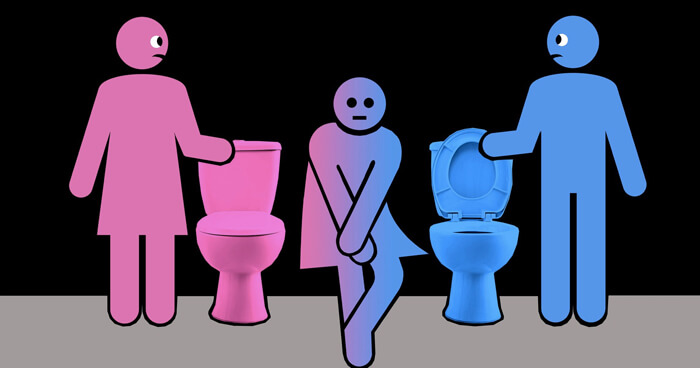 Genderqueer folk have been less accommodated for, but that is slowly changing.

Many schools, workplaces, and other organisations are beginning to offer gender-neutral bathrooms. On some official documents, ‘other’ gender boxes and gender-neutral title options like ‘Mx’ (alongside Ms and Mr) are starting to be provided.

These changes are crucial to removing some of the institutional barriers genderqueer and other non-binary people face. There are also some things individuals can do to ensure they are supporting genderqueer people.

Changing one’s name can be an important step in signaling gender identity to the world. If your name is ‘Jessica,’ people tend to assume you’re a woman; if it is ‘Ben’ they’ll assume you’re a man. While not all genderqueer people feel the need to change their names, some prefer a gender-neutral name.

Respecting those name changes is a crucial part of respecting an individual’s expression of gender. Similarly, while some genderqueer people might be comfortable with gendered pronouns like ‘him/his’ or ‘her/hers,’ others will prefer the gender neutral ‘they/theirs’ or ‘zie/zir.’

While this language shift has horrified some grammar geeks, the use of the traditionally plural ‘they’ to refer to a singular subject has recently been recognised by the Oxford Dictionaries.

Using ‘they’ to describe an individual might be tricky the first few times you do it. But it is ultimately a small adjustment to make in order to demonstrate your respect for a person’s sense of self. 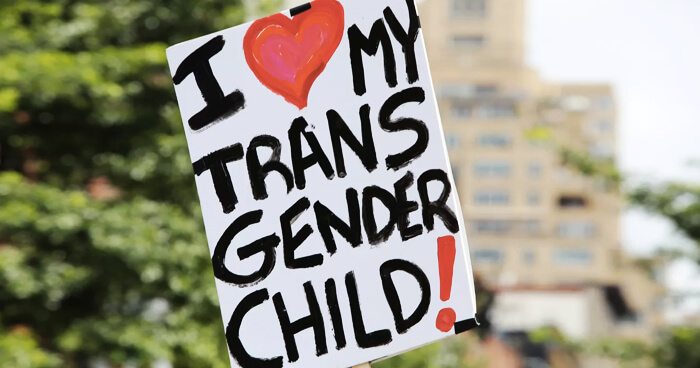 It’s time to shed the judgments and embrace diversity!

It can be confronting to understand and remember the complexity of these new terms. This does not mean it is not a worthwhile endeavour.

After all, the challenge of adjusting to a new word pales in comparison to the considerable social difficulties unfortunately still associated with coming out as trans or genderqueer.

Time to Abandon the Boxes

We can take these lessons one step further. A strict gender binary is not only embedded in our language and our paperwork–it often shapes the way we see the world.

Since we now know not everyone fits into the boxes of ‘man’ or ‘woman,’ perhaps it is time to start challenging the instinct to automatically label. Next time you are walking down the street, try to let the people you pass exist in your mind without a gender.

For many of us, this is incredibly hard to do. But, with some practice, we might all make a little more space for the next person we meet who is not either/or.

While Greer’s desire to “not walk on eggshells” may fulfill her right to free speech, denying an individual’s articulated gender identity can contribute to prejudice, fear, and violence towards people who sit outside of the gender binary.

This violence can exist in myriad ways and effect a variety of individuals, such as transgender, agender and genderqueer people. Rather than trying to decide who is ‘really’ a woman, aren’t we better off spending our time talking about, and respecting, the complexity of people’s gender experiences?

Human beings are a mixture of DNA, genes, hormones, etc etc etc . Each of us is like a mixture of all the components that make up a humanoid thrown into the air. How they fall determines who we are. Why do we spend so much time trying the define what type of human we are? We are individuals who deserve to live however we wish without wearing a superficial label.

GAY PEOPLE CONTRIBUTE TO CULTURAL CHANGE BY CREATING UNIQUE WAYS OF EXPRESSING THEIR SENSUALITY IN A PURITAN- DON’T TOUCH YOURSELF- CULTURE.

The SDN (Google it) in the developing embryonic brain control the ‘tides’ of testosterone. Being gay is a totally natural process

FROM A TRANSSEXUAL TO A REAL WOMAN! … WITH A FANTASTIC WOMB & BEAUTIFUL FALLOPIAN TUBES & LOVELY CARESS-ABLE EGGS.