What Happens to Your Body When You Use Medical Marijuana?

BY Dr. Mercola
Welcome to UPLIFT
Loving Yourself
What Happens to Your Body When You Use Medical Marijuana?
The Healing Benefits of Cannabis

Marijuana, or cannabis, has been used for at least 5,000 years and has an extensive history of traditional uses as an industrial material and a botanical medicine all throughout Asia, Africa, Europe and America.1

Read on to learn more about medical marijuana’s healing benefits and how it has gotten its bad rap.

What is Medical Marijuana?

The term ‘medical marijuana’ refers to the use of the whole, unprocessed marijuana plant and its pure extracts to treat a disease or improve a symptom.2 It must be sourced from a medicinal-grade cannabis plant that has been meticulously grown without the use of toxic pesticides and fertilizers.

Marijuana’s incredible healing properties come from its high cannabidiol (CBD) content and critical levels of medical terpenes and flavonoids. It also contains some tetrahydrocannabinol (THC), the molecule that gives the psychoactive effects that most recreational users are after. Through traditional plant breeding techniques and seed exchanges, growers have started producing cannabis plants that have higher levels of CBD and lower levels of THC for medical use.

Although the Food and Drug Administration (FDA) has not yet approved medical marijuana,3 more and more physicians are starting to reverse their stand on the issue and swear by its effectiveness and health benefits. 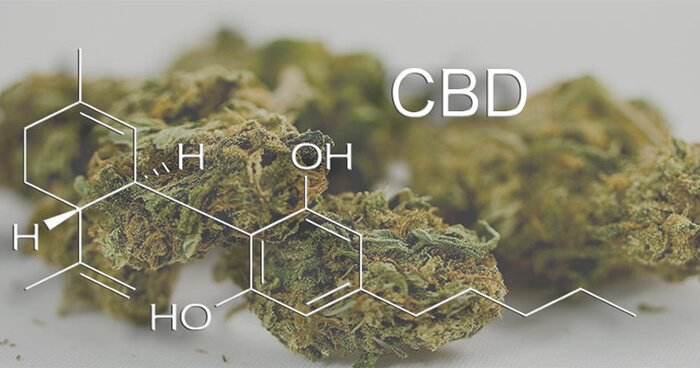 In a 2015 CBS interview, U.S. Surgeon General Vivek Murthy acknowledged that marijuana may be useful for certain medical conditions, saying:

We have some preliminary data showing that for certain medical conditions and symptoms, marijuana can be helpful.4

Likewise, CNN’s chief medical correspondent and neurosurgeon Sanjay Gupta also made a highly publicized reversal on his marijuana stance after the production of his two-part series ‘Weed.’ In a commentary published on CNN’s website, he said:5

There is now promising research into the use of marijuana that could impact tens of thousands of children and adults, including treatment for cancer, epilepsy and Alzheimer’s, to name just a few. With regard to pain alone, marijuana could greatly reduce the demand for narcotics and simultaneously decrease the number of accidental painkiller overdoses, which are the greatest cause of preventable death in this country.

How Does Medical Marijuana Work and What Diseases Can it Be Used For?

Historically, marijuana has been used as a botanical medicine since the 19th and 20th centuries.6Today, marijuana’s claim as a potential panacea is backed up by countless studies crediting its healing potential to its cannabidiol content.

There is actually an endocannabinoid system in the human body. This ancient biological system, which also exists in other mammals, was first described in the journal Science in 1992,7 and is said to be responsible for releasing human cannabinoids that interact with cannabinoid receptors found in virtually all your tissues, embedded in your cell membranes. 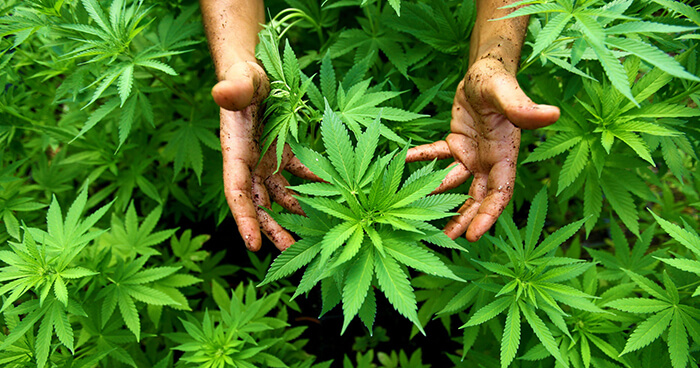 Marijuana has been used as a botanical medicine since the 19th and 20th centuries.

There’s still ongoing research as to how far they impact your health, but to date, it’s known that cannabinoid receptors play an important role in many body processes, including metabolic regulation, cravings, pain, anxiety, bone growth and immune function.9 Overall, it’s said that cannabinoids bring balance to your tissues and biological systems.

Dr. Allan Frankel, a board-certified internist in California who has successfully treated patients with medical marijuana for more than a decade, has personally seen tumors virtually disappear in some patients using no other therapy except taking 40 to 60 milligrams of cannabinoids a day. Other common ailments that may benefit from medical marijuana use include:

CBD also works as an excellent painkiller and works well in treating anxiety issues.16 Cannabis oil, on the other hand, when applied topically may help heal sunburn overnight. 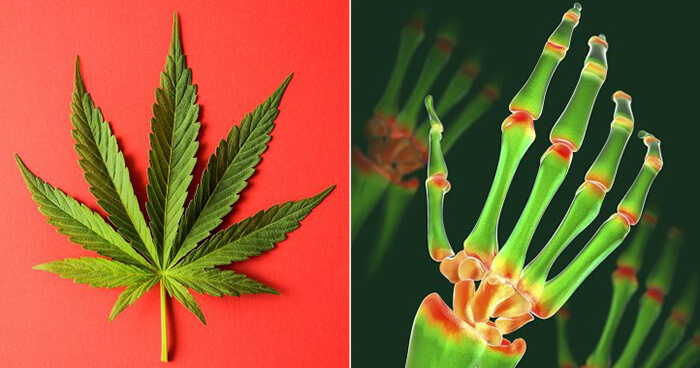 Cannabinoids bring balance to your tissues and biological systems.

How to Obtain and Use Medical Marijuana

At present, medical cannabis is now legal in 30 U.S. states. Most of these areas permit its use under certain medical circumstances only, and some allow CBD oils or pills only. In eight states, it’s legal to be used recreationally.17,18

In states where medical marijuana is legal like California, Colorado, Vermont and New York, you can join a collective, or a legal entity consisting of a group of patients that can grow and share cannabis medicines with each other. By signing up as a member, you gain the right to grow and share your medicine.

Frankel notes that a patient of 18 can secure a medical cannabis card recommendation letter if their attending physician or doctor of osteopathic medicine (D.O.) advises or agrees to it. With your medical cannabis card, you now have the liberty to choose the collective you want to belong to. Medical marijuana can be administered to patients using one of the following methods:19,20 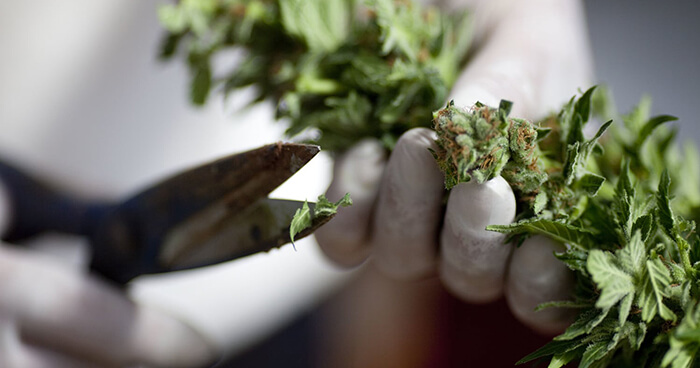 Potential Side Effects of Medical Cannabis

Keep in mind: Make sure that your medicine has been sourced from a medicinal-grade cannabis plant without the threat of chemical residues, which may cause further harm. It’s also important to find a knowledgeable cannabis physician who can help you determine the correct amount you need, as proper dosing is crucial when using medical cannabis.

Dr. Margaret Gedde, a Stanford-trained pathologist and award-winning researcher who specializes in the therapeutic use of cannabis, says the only concern you’ll have to worry about medical marijuana is the psychoactivity of THC or its ability to make you feel ‘high.’ Too high a dose of THC can also trigger anxiety. You can avoid this side effect by specifically looking for high CBD and low THC marijuana formulations. Gedde explains:

THC can induce anxiety if the dose is wrong or the strain is not compatible with that person. [Still], many use THC to relieve anxiety. Because we have hundreds of different strains of marijuana and cannabis, each of which is slightly different, there is a huge potential to customize [the drug] for each person.

She also notes that CBD and THC actually work very well in combination. She notes that CBD actually helps temper the psychoactivity of the THC. What’s more, when the plant is unheated or used raw, it actually does not contain THC, but rather THC acid (THCA). So if you eat it raw, you get the THCA, which is responsible for relieving pain and spasms. THCA acts as a synergizing agent, yet it doesn’t deliver the psychoactivity associated with THC. Hence, consuming marijuana raw will let you reap the benefits without the adverse effects. 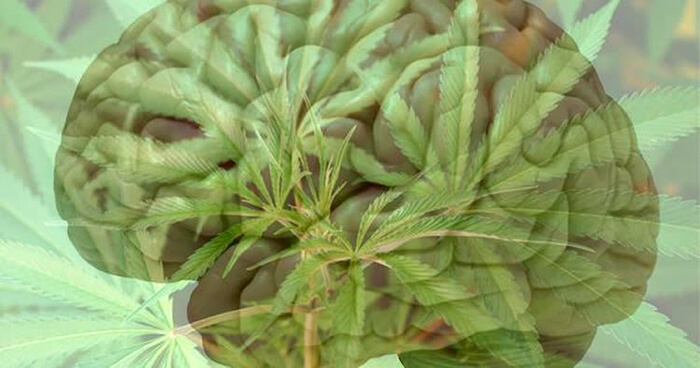 Be aware of the psychoactivity of THC or its ability to make you feel ‘high.’

The risk brought by different versions of synthetic marijuana should also be considered. Imported from Asian countries under the guise of potpourri, herbal incense and even plant food, the synthetic powder is mixed in a lab and shipped to the U.S., where retailers spray it onto a leaf—often a herb or a spice—that can be smoked, just like pot. 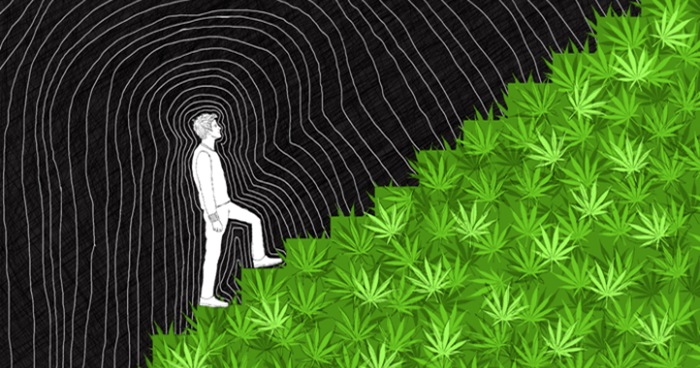 Marijuana is classified as a Schedule 1 controlled substance in the U.S.

If Marijuana is so Beneficial, Why is it a Schedule 1 Drug?

I highly recommend asking your physician or D.O. about reputable medicinal-grade marijuana plant growers or credible apothecaries near your area that sell natural cannabis products for medicinal purposes.

In one of my interviews with Frankel, he explained how people have forgotten cannabis was once a botanical medicine, and how it became known as a notorious form of illegal drug:

What happened in the ’60s and ’70s was that due to desires for psychedelia, the changes in the war in Vietnam, and the war on drugs with Nixon, the types of strains that were available and the demand for psychedelia changed. Before we knew it, CBD—due to a lack of ‘stoniness’—was bred out of the plant.

As a result of growers breeding out the all-important CBD, marijuana became known primarily as a plant that gets you high. Its original medicinal properties and uses largely fell by the wayside.

Currently in the U.S., marijuana is classified as a Schedule 1 controlled substance, a category reserved specifically for the most dangerous illicit drugs, such as heroin, lysergic acid diethylamide (LSD) and ecstasy.23 Based on the 1970 Controlled Substance Act, drugs from this group:24

Personally, I find it disheartening that something as promising as marijuana is being demonized due to inappropriate use. 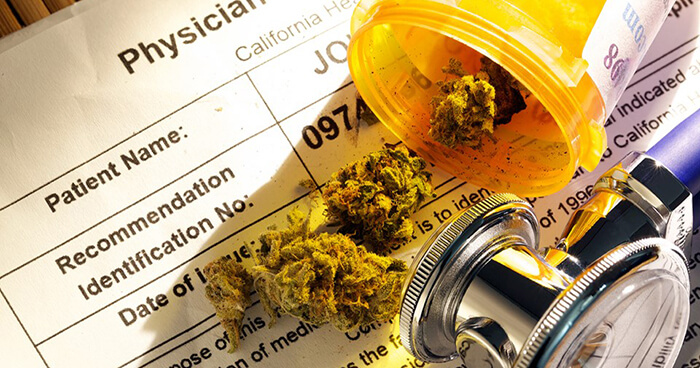 Medicinal marijuana is slow to be accepted by the political community.

It’s such a shame, too, that the federal government seemed so careless in approving the recreational use of marijuana (which made the ongoing cycle of substance abuse and addiction in our country even worse), but played it tough when it comes to approving medical cannabis, which could potentially benefit countless of people by improving many conditions and taking the place of a number of synthetic drugs. Who would not want that? Well, clearly, not those whose bottom line would be affected.

Stay Informed on Medical Marijuana and Other Homeopathic Treatments

Homeopathic remedies have always been under assault, and the case with medical cannabis is a clear example. Despite its outstanding health potential if used in medicinally appropriate methods, it’s still shunned by federal agencies and demonized to be ‘dangerous’—even though there’s no risk of overdose or death from cannabis, which is something that cannot be said for other conventional remedies like opioids.

It really all boils down to freedom of choice. I believe that if a homeopathic is working for you, then you should be allowed to use it, especially considering the other things you’re allowed to use but expose you to significant, if not extreme risks, like alcohol, cigarettes or opioids and certain over-the-counter medications.

I advise you to read my other articles on medical marijuana and watch my interview with Gedde, who also runs a Colorado-based alternative medical practice that specializes in cannabis use. Meanwhile, my interview with Todd Harrison, an attorney who specializes in food and drug law, expands on the current legal status of CBD oil and other homeopathic treatments. You can also read about the history of cannabis in this article ‘Cannabis: A Lost History,’ which includes other helpful resources about the medical benefits of this plant.

Cannabis has plenty of health benefits. My cousins and I used it now to manage our rheumatic arthritis. It runs in the family. It’s a good thing we have discovered it.

it is great to have different options of how will you take marijuana like for those non-smoker out there.

Always remember that do take medication of marijuana moderately and with the doctors recommendation.

I can’t say anything against marijuana for medical purposes, but people who currently use pure spectrum cbd oil claim that CBD helps to feel calm and relaxed – and thus even helps to cope with everyday life problems. In addition, the CBD is believed to stimulate the endocannabinoid system if it is depleted or if your body’s overall funictionalization is impaired.

I recently had a question – are cigarettes or marijuana more harmful to the body? Of course, everyone knows about the harm of cigarettes, but it does not prevent you from smoking more. Especially for avid smokers. This question interests me because I smoke both periodically. I’ve studied a lot of different information on this subject. And I found more detailed answers to all my questions in this https://dr-weedy.com/marijuana-vs-cigarettes-what-is-better-for-you/ article. I think it’s safer with marijuana after all. Naturally, within reason.

50-66% of adults will have to deal with this awkward little dilemma at some point. Here are the best marijuana strains for hemorrhoid pain.