We Must Listen to the Message from ‘Natural’ Disasters

Every week we witness a new disaster in the media. Images of humans and cities under gallons of water, or burning to the ground. Pictures of the aftermath of yet another cyclone are becoming commonplace. Some days it is truly beginning to feel a little apocalyptic: Fire, water, earthquakes, volcanos… the delicate balance of nature held in place for so long is completely out of whack.

Scientist, Charlie Veron, has been bleating in the wilderness for years about these issues. Everything he warned us about has come true. He says these catastrophic events are about to become an even more regular occurrence. The world’s foremost expert on corals, Charlie, has been delivering crucial information on the climate for over 50 years. Coral reefs are vital to the health of the oceans, and as our planet is mostly water, they are vital to the wellbeing of life on the planet.

The oceans are the big guys; they control climate, [and] basically everything, because two-thirds of our planet is ocean… Geologically coral reefs are the first ecosystem to succumb to climate collapse because they are on carbonate in the ocean. So coral is really our canary in the coal mine. There’s no doubt about that. And somewhere between a quarter and a third of all marine species have some part of their life cycle in a coral reef. So when you take out coral reefs, you’re going to induce an ecological collapse of the oceans. 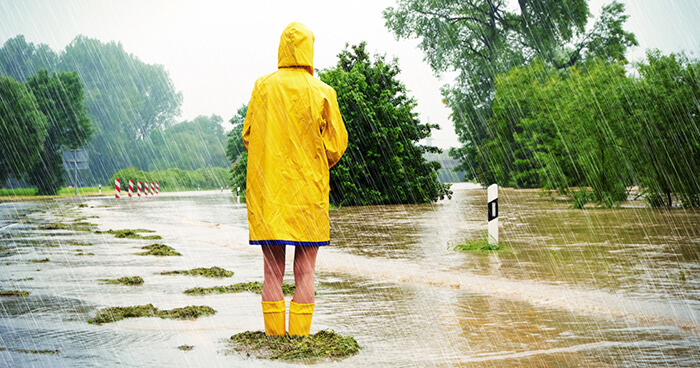 Every week we witness a new disaster in the media.

As half of the world’s largest coral reef–the Great Barrier Reef–has died in the last two years, we are seeing a dire situation in the oceans.

It’s vastly more serious than almost all people imagine. Last year we saw a lot of flooding in South America that was described as a one in 500 year event. So in 1970 perhaps it would have been, now it’s probably a one in 50 year event. In ten years time, it will probably be a one in ten year event and so on. So that’s what’s happening and coal has led the way. What was a very rare thing in the past, is now an annual event. That’s the story of climate change and it will get worse beyond the imagination of anybody who doesn’t really delve into what the Earth can actually do. It’s incredibly serious.

The Truth Has to Come Out

Charlie Veron said he feels like a prophet of doom, yet what he’s saying is not a possibility, it is real.

If the truth doesn’t get out, we have a disaster. Minor versions of which occurred in the world wars, but this… is the ultimate disaster, that the truth won’t come out.

As climate scientists are muzzled or ignored, the extreme weather events will continue. We can’t say we didn’t know. Not only will they continue, but they will get more frequent and more powerful. 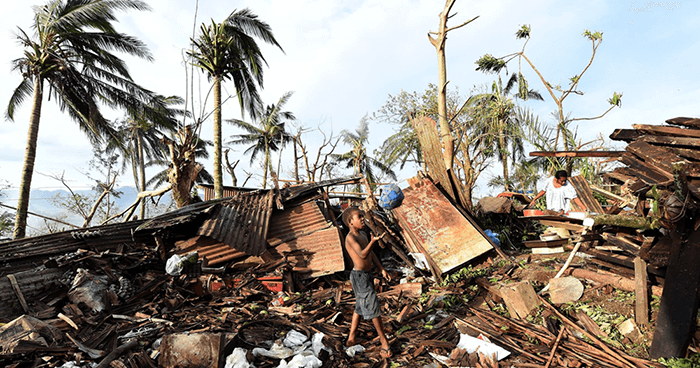 Extreme weather events are predicted to get more frequent and more powerful.

Climate scientists agree that future storms will dump much more rain than the same size storms did in the past. Global warming also means warmer seas, and warm water is what fuels hurricanes. Just last year, storms, fires, floods, and heat caused at least $306 billion in destruction–the greatest cost on record for natural disasters.

Record extreme weather events around the globe contributed to 2017 being the year climate change really showed. In the US alone there were 16 weather and climate disaster events, including one drought event, two flooding events, one freeze event, eight severe storm events, three tropical cyclone events, and one wildfire event.

California had the wettest weather on record, with rain ending years of extreme drought. Alongside this was the state’s most destructive and largest wildfire season ever. Hurricane Harvey dumped over four feet of rain. Puerto Rico is still mired in the longest blackout in US history–100 days after Hurricane Maria ravaged the Caribbean islands, nearly half of Puerto Rico has no electrical power. And an incredible two-thirds of Bangladesh was under water last year–staggering when you really think about it. Never mind the volcanoes that began erupting across Asia, as a direct result of climate change.

The Coming of Mega-Disasters

2017 was the third hottest year on record in the USA in 137 years of record keeping. Only 2012 and 2016 were warmer years. Last year also saw record warm ocean temperatures. In Cape Town, South Africa, the city is preparing for ‘Day Zero’, not a new blockbuster movie, but the day the city runs out of water. Yes, you read that correctly, at the current rate, in early April, all taps will be shut off, and residents will need to collect water from water distribution points to take back to their homes. Schools and businesses will have to close and people will need to build toilets in their gardens. This situation has been caused by a severe drought over the last three years that has led to the city’s water supply running dry. These are the times we are living in. 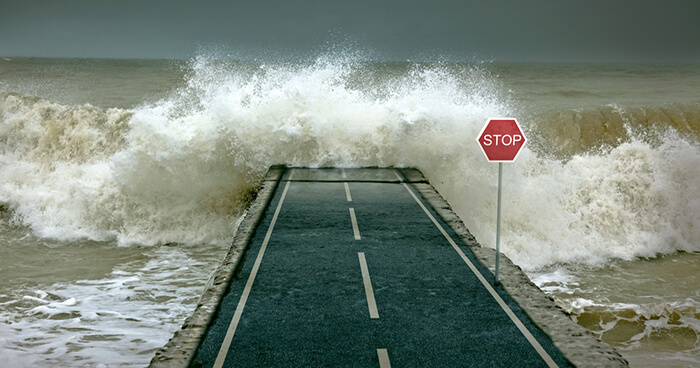 People are now talking about mega-disasters.

As much as this may be difficult to read this and to swallow it, if we continue to ignore the reality of what is actually happening in our world, we don’t have any chance of reversing it.

The Earth is now completely out of balance. The balance of nature has shifted beyond being able to have a simple readjustment. Instead of us going into a dark depression or hopelessness about it, we need to embrace this opportunity to do things differently, to get rid of the old ways that took us off course and create new pathways and solutions to being in harmony with nature, and working to recreate balance.

How to Prevent Catastrophe

If we are brave enough to listen to the truth, we will have the opportunity to course correct. But if we continue to rely on wishful thinking and keep on plodding along the same track, things will be catastrophically difficult. We have a grand opportunity to become the heroes of this story that is heading in the wrong direction. It’s time we all found the courage to delve into the collective human pain of what has happened on our planet to create such disharmony, and then come together to chart a new way forward.

Charlie Veron says we all need to put pressure on governments to stop mining coal, oil and gas, and to put our energies into renewables. We must conserve water and begin to live in harmony with nature. We can do that on a personal level by having a water tank, a vegetable garden, and reducing our consumption.

Whether you’re a scientist, naturalist or anybody else, you must realise that nature is something immensely complicated. It is the biggest thing existing on our planet… If people were aware of the horrors of climate change and what’s in store, they would not be fussing about what we’re fussing about now.

This is a very good article about what humans face moving forward if the fossil fuel campaign to ‘leave it in the ground’ goes wonky. One vital piece missing is to name industrial animal agriculture as the #1 driver of all of these events. Check out the 2014 Yank doc: Cowspiracy. It’s now free all over the web. There is nothing intrinsically necessary about any animal foodstuff, that humans require for health or strength. If humans can evolve through our past eating habits, there may be a chance. For those of us who study the new archaeology, it’s not like we are the first advanced civilization to disappear.