We Are Petrified of Genuine Love

I have come to believe that if we are operating the way we were built to operate, there is a level of love we should feel for almost everyone we meet.

I’m not saying we should fall head over heels in hopeless love, surrendering our whole selves to every soul on the street. But I am saying that if we are living in a state of openness and acceptance of both ourselves and others, functioning from a lens of compassion and connection, then we will likely experience a type of love birthed from compassion, empathy, and kindness, for almost everyone we meet.

Believe it or not, that’s a good thing.

Why? Because it costs us something to love that way. To live that way. 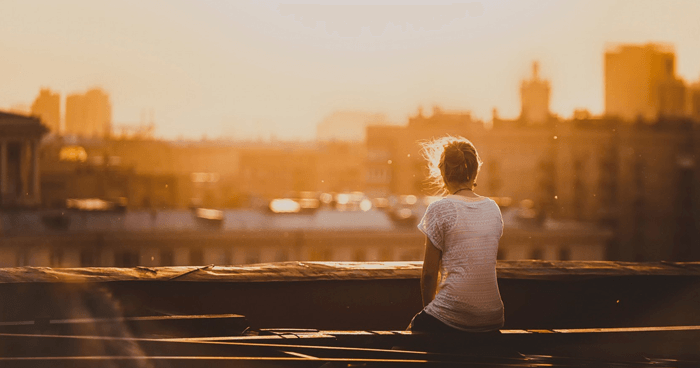 It costs us something to love that way

The Cost of Genuine Love

Investing in other people in a genuine way costs us small pieces of ourselves. It requires something of us on a deeper level and most of the time, that is not a place people are comfortable living.

We are so desperate to connect with one another and to crawl out from behind the walls of isolation we’ve built; yet when faced with the opportunity, we hide from it. We keep each other at arms length most of the time. And, even in those relationships where we’ve reached a level beyond the surface, there’s a blockage we often hit because we only allow each other so deep.
[signupbanner]

Tuning into Our Own Hearts

If we’re being honest, most of us aren’t even that good at tuning into our own hearts, much less anyone else’s. We tell ourselves a myriad of excuses for why we live this way, and while many of them are valid, they aren’t that convincing to me.

I’m busy. I’m tired. I don’t have time. I’ve got too much of my own stuff going on. We don’t know each other well enough. They don’t care anyway.

We use these excuses — among others — to keep a safe distance between ourselves and everyone else. It works. Emotionally, it does seem safer to just worry about your own circle and not get too involved in anyone else’s. But is that really the safe route? Sure, it stops us from being hurt by others. But does it really? Do we not often feel hurt by someone else’s lack of investment in us, yet forget that we never actually invested in them either? Do we not feel lonely and alone, yet neglect to reach out from behind the walls of protection we’ve built? 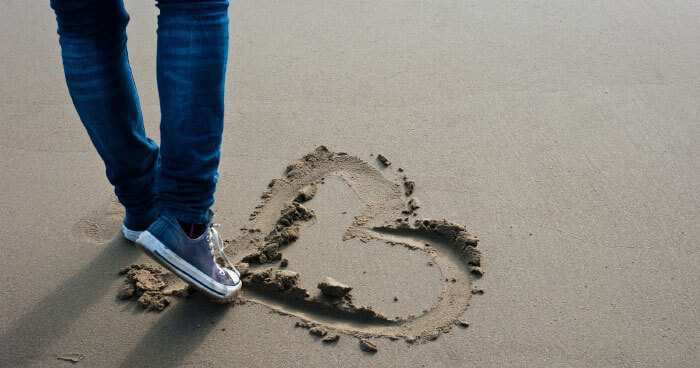 Tuning into your own heart

It seems to me that we are desperate for each other. Craving intimacy with other souls existing near us, yet we are so afraid of feeling anything that we don’t even give ourselves the chance.

In my opinion, the only way to truly connect with anyone is to open yourself up to the possibility. We have to first open our minds and allow ourselves to be vulnerable and exposed long enough to invite someone else to come along and enter into that space with us. If not, we will just continue playing emotional bumper cars with each other and never actually get anywhere.

We’ve become so accustomed to operating in our own bubbles, keeping everyone else on the periphery, that when we do encounter someone who has the capacity to slip inside our borders just a bit, we often shut it down. We question their authenticity. We are skeptical of their motives. And we allow our own insecurities, fears, and past hurts to overpower the potential for a genuine connection of any kind. That’s such a cheerless way to live. 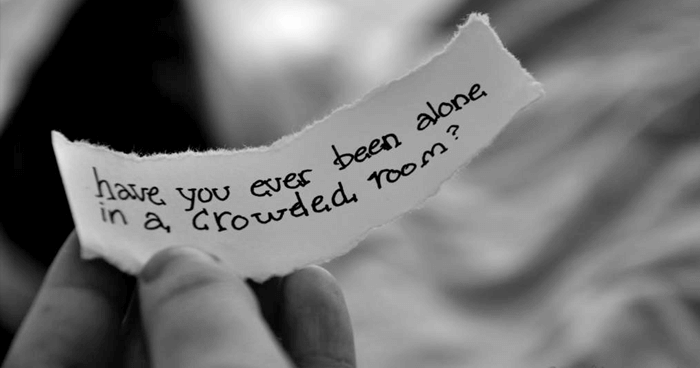 Have you ever been alone in a crowded room?

We’ve lost it. Trying to develop bona-fide relationships and even truly trying to get to know someone now comes across as something too intense. We label those people crazy. Needy. Desperate. Weird. And we distance ourselves from them.

Particularly in the dating scene this theme exists. People mistake kindness for desire. I was recently told, “I think you’re in marriage mode and you just need to be in date mode.” While it’s true that my brain is more wired for long term commitment, I was simply trying to get to know the person. But people are so uncomfortable with below the surface communication that it apparently makes them feel like you want to marry them rather than get to know them.

I’ve also had genuine friendships with people in which it’s clear there’s a level of mutual love for each other; yet, when even the thought of the “L” word presents itself, it’s shut down in a New York minute.

There is No Loss

We think that saying we love someone means something it isn’t allowed to mean. That if we give a genuine piece of ourselves, maybe we won’t ever get it back. But isn’t that the point of relationships? To give and receive levels of affection we simply cannot create alone? 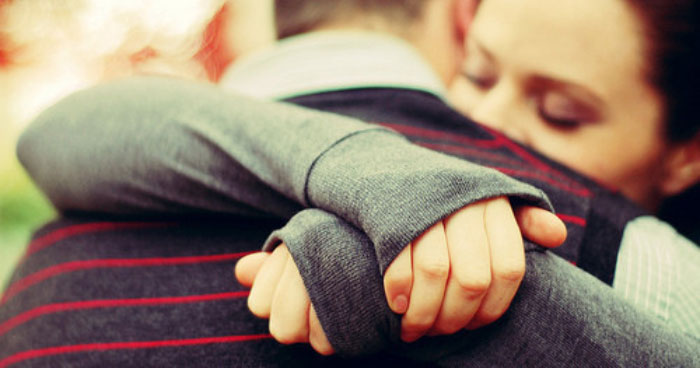 We don’t lose anything by giving of ourselves

Operating from that principle, we don’t lose anything by giving of ourselves. In fact, we have everything to gain. Yet living in this protective bubble of fear and resistance, we are creating the exact thing we dread: We are creating a world of solitude and disconnection where we watch each other from behind our glass walls but never really reach each other.

The fact is that loving others brings to the surface our own mortality. It reminds us that we could lose things. That we aren’t invincible and that our hearts really do beat and bleed. That’s painful.

Regardless of what level your heart operates in connection to certain people, we have to stop being afraid of love. In order to not fear love, we have to first not fear our own hearts. We have to first learn to trust ourselves and crack the window to our own souls before it will ever feel safe to let someone else in.

Until we figure out that piece, I don’t think we will ever get the kind of love and fulfillment in relationships (of any kind) we truly desire.

I’ve just come out of a relationship and feel this exactly describes what happened with my partner. Very sad to read but makes me feel stronger to acknowledge that it does happen and showing you love someone is not a bad thing.

Thank you !
I am writing about the very same thing in my book. It seems like we have the same source ❤️

This article really spoke to me on a personal level. I’ve always had difficulty expressing love, or even saying the word. For a long while, I’d stop talking to people who said they loved me because it just made me feel uncomfortable. After finding a new level of connection with my current partner, I feel like I’m slowly letting down my “walls” with other people. Love is certainly more complicated for me than any other emotion, so I really appreciate this article. Thanks for posting!

The truth of Love is that life created it – to allow itself to continue – it created it for us to fully experience life. As we all are OF life- we all are the same energy of life – we all have LOVE as the greatest form of expression in which we can care and nurture and grow ourselves and each other. What makes each of us differentis our experiences of love – and that is where our health and dis-ease comes in – the further we fall from knowing and being able to give and receive love the closer we come to dis-ease within our life. The closer we move to healing the love in our life the greater the healing of our heart and alignment back to life.
Love IS all that we can each do all day every day – to fully BE who we are. It is our most natural instinct and the minute I meet someone who is incapable of speaking of love or feeling love – you know there is many wounds to heal. Fear of love? Bubbles of Love? All what we have done to prevent ourselves experiencing more of what we know love to be…. the more we can all fall back to love – to understanding what the components of love are and how to integrate them into our lives – how to express love in a genuine open and honest way – the closer life itself heals.

If we accept that we are vibrational beings it makes sense that we first have to love and trust ourselves fully before we attract someone with that same capacity.

Yes! And there may be much more. Humanity has been trapped in an endless cycle of aggression for eon’s. Humans have openly practice and refine our violent behavior towards anything and everything for thousands of years. That is the karma we create, that is the energy signature vibrating within our world, and that my friends is our future forever. Love is hidden, it is an absolute taboo to love openly. It is improper, embarrassing, unacceptable to even speak of loving anyone who is not your spouse or mate. This prevailing perception of shame and hiding our feelings of love may be squelching love’s karmic energy imprint. It may not work to change anything if we will not OWN it! Proclaim our love for each other fiercely. Can you see? The change we are all hoping for is the same change that Buddha, Jesus, Gandhi, Krishna, all spoke of, and yet our race is still spinning around in the same violent cycle, a trap. We must learn to love loudly, fully, vibrantly. Do not follow the tenants that society has created. Experiment with open communal love. Not Sex, this isn’t about sex, it’s about finding a new way to free humanity from the bondage of violence.

Very true! People are so afraid to open up. I went thru a lot, but still have faith in people because I have faith in my self. No looking to get hurt, but I cant stay like a rock, cold and emotionless . So I’m not afraid of closeness, i’m afraid of fear of getting trapped in my self.