Using the I Ching to Access Your Higher Consciousness

The I Ching is the world’s oldest and most sophisticated system of wisdom divination. Also known as the “Book of Changes,” it is the most ancient Chinese classical text and has been widely used for centuries in the Far East.

Based on a series of sixty-four, six-line symbols – known as hexagrams – it is a powerful tool that can help people navigate the journey of life, and is designed to help us understand and work with the unconscious forces shaping the situations we face, while keeping us connected with the creative process of life. It is said that the I Ching brings out the shen, or helping spirit (the inner voice), that guides us.

The I Ching was read as a microcosm of the universe that offered complex and symbolic meanings, using a type of divination called ‘cleromancy’ – this is like the casting of lots, where the outcome produces apparently random numbers.

There are 64 main kinds of situations that can be looked up in the I Ching book. These provide guidance on your current situation, but not the future. Working with the I Ching can help you be clear on life decisions, and will enhance your intuition.  Divination as a tool, when used in a rounded way, can open up the psyche to higher inspiration and guidance, while teaching you to trust your inner-knowing. 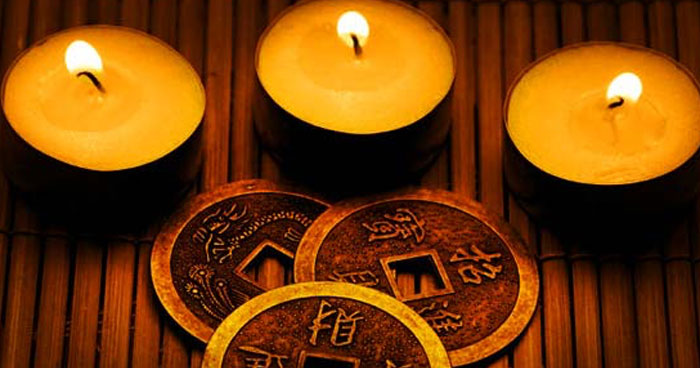 The I Ching is the world’s oldest and most sophisticated system of wisdom divination.

Carl Jung and the I Ching

The great psychotherapist and psychiatrist, and the founder of Analytical Psychology, Dr Carl Jung, used the oracle in his therapy sessions with clients.

Jung introduced the I Ching to the English-speaking world in the early 1950s. In an interesting synchronicity, he had been practicing with the oracle for over 30 years when he met Richard Wilhelm, the German translator of the book in 1929. This fateful meeting helped to build a bridge of psychological understanding between the East and the West. Jung also felt validated by Wilhelm through their shared use of the healing power of medieval alchemical symbolism.

Among Jung’s most important work, was his in-depth analysis of the psyche, which he explained as follows: “By psyche I understand the totality of all psychic processes, conscious as well as unconscious.”  Jung separated the concept of the psyche from the conventional concept of the mind, which is generally limited to the processes of consciousness. Instead, he believed the psyche and physical matter are related. Jung hypothesised that our inner and outer worlds are deeply connected and mirror one another. This echoes the teaching of Hermes, the Greek God: “As above, so below, as within, so without.”

The great psychotherapist and psychiatrist, and the founder of Analytical Psychology, Carl Jung.

According to Jung, the psychic events and those events happening in the outside world, may not be coincidental and even have an acausal source that is beyond the laws of cause and effect.

The I Ching does not describe change; it participates in and expresses change, showing how change happens because it is a part of the process it models. Jung experimented with using the ancient method of consulting the oracle to cure neurosis. He based his sessions on the hunch that what passed for normality, was the very force that shattered the personality of the patient and that trying to be normal violates our inner-nature.

Jung taught that two of the most powerful ways to become more aware of both the individual unconscious, as well as what he called the ‘collective unconscious’ (ancestral memory and experience), was to pay attention to our dreams at night, and to synchronicities (unrelated events that seem to be meaningfully related) during the day. He saw the I Ching as one way to cultivate synchronicities.

The Journal of Analytical Psychology states:

“The Taoist alchemical tradition…is based on the premise that psychological experience of the Tao can be achieved through mental and physiological means, such as breathing and meditative techniques, gymnastics, dietary regimens, such as fasting, consumption of medicinal herbs and minerals, and special sexual practices. This tradition incorporates the I Ching and traditional Chinese medicine in the alchemical opus. Taoist alchemy assumes the primacy of the physical body in the process of self-realisation. The psychological and cosmic forces of the trigrams of the I Ching are stored in the internal organs of the body and are the basic material for the experience of Tao. The internal organs are the foundation of the material and subtle bodies and through cultivation, the body becomes spiritualised as the spirits are embodied.” 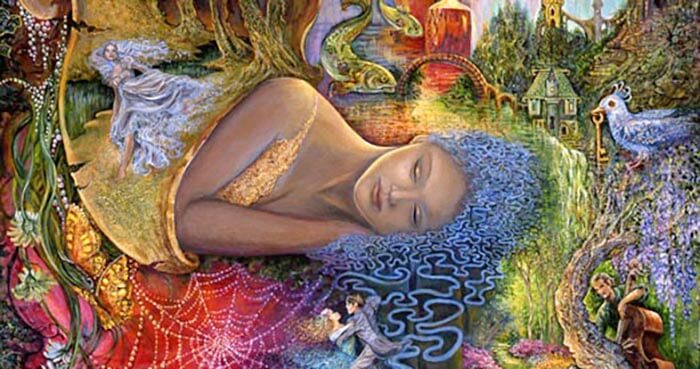 By listening to the messages of our dreams and waking imagination, we can reintegrate our different parts.

The I Ching as a Symbolic Representation of the Psyche

Carl Jung had a tremendous influence on modern psychology. We can thank him for concepts like extroversion and introversion, archetypes, modern dream analysis, the collective unconscious, and much more.  Jung created the model of the psyche, which is also known as the classical or standard model of the psyche.

He believed that a human being is inwardly whole, but that most of us have lost touch with important parts of ourselves. Through listening to the messages of our dreams and waking imagination, we can contact and reintegrate our different parts. The goal of life is the process of expressing and harmonising the various components of the psyche.

The Book of Changes or I Ching is the symbolical representation of the dynamic of the psyche, which also includes the model of the psyche seen, not so from the structural mandala-aspect, as from the dynamical transformational aspect.” Ivan Dugic 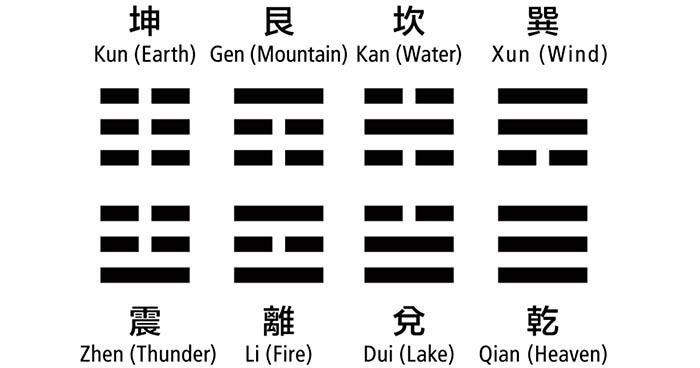 The first and last element represent the still unconscious part of the psyche.

How the Principles of the I Ching Can Enhance Your Life

The I Ching is an empowering tool that can help you to find the answers for yourself, putting the keys back into your hands. It serves as a conduit to your subconscious mind and higher-self to reveal answers to your questions.

It helps you to observe patterns in your life and know yourself better. Through the hexagrams, the Book of Changes reveals your subconscious state of mind, your current situation and external environment, and the expected outcome. Capable of acting as a mechanical link between your subconscious, spiritual-self, and your waking consciousness, the I Ching is an innovative and many layered system.

The I Ching appears to be an advanced psychology, reflecting our deepest inner-truth, uniting ancient wisdom and western psychology. It shows great available reserves of grace and power, and cultivates within you the capacity to spontaneously enjoy life, whilst collecting what you need to meet the future.

Jung described the work of psychotherapy as “the healing of souls,” and it appears he found much wisdom in the Chinese Oracle he came to know so intimately.

“The I Ching does not offer itself with proofs and results; it does not vaunt itself, nor is it easy to approach. Like a part of nature, it waits until it is discovered. It offers neither facts nor power, but for lovers of self-knowledge, of wisdom — if there be such — it seems to be the right book. To one person its spirit appears as clear as day; to another, shadowy as twilight; to a third, dark as night. He who is not pleased by it does not have to use it, and he who is against it is not obliged to find it true. Let it go forth into the world for the benefit of those who can discern its meaning.”  – Carl Jung

I really appreciate the simplicity and personal revelation of this article. Thank you!