Understanding How Our Brains Learn

Over the last 30 years or so, researchers in cognitive science, education and developmental psychology have discovered some amazing things about how the human brain works, how our minds are naturally configured to develop skills, think creatively and continuously learn.

You’ve probably heard that we each use only about 10% of our brains. That’s not quite accurate. Actually, while we probably use less than 40% of the brain at any given moment, the patterns and regions of activation shift continuously throughout the day.

These PET scans (below) can help to make this discovery easier to understand. For every kind of structured activity you engage in there is a corresponding “skill” pattern of brain activity in your head- coordinated with specific sensory input, thoughts, emotions and movements of the body. 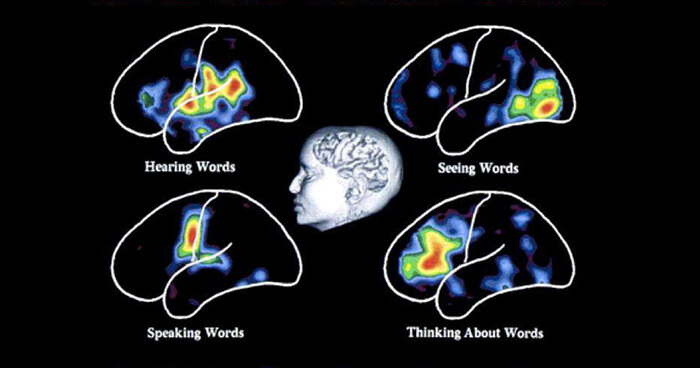 Understanding how our brains learn

How our brains develop skill mastery

Constructing complex knowledge representations and skill patterns is what the brain does best, its designed for continuous growth and learns from direct observation, practice and experience. Since early childhood, our brains have constructed hundreds of unique skill patterns, what the developmental psychologist Donald Ford calls “behavior episode schemata.” These correspond to complex social, cultural and knowledge schema, conceptual models our brains construct that represent and organize information about the world.

Our brains have constructed unique skill patterns for each activity we repeatedly engaged in, such as reading, speaking, cooking, golfing, driving, bike riding, algebra problem-solving, violin playing, etc. Every skill, worldview and ability we have was “self-constructed” from countless hours of experience, observation and practice- by carefully applying knowledge, methods and techniques- repeating actions over and over again until we developed progressively higher levels of comprehension and skill mastery.

As you might imagine, this understanding has important implications for learning and education. Our brains are far more creative and flexible than any computer or AI program that exists in the world today. They are self-organizing adaptive systems designed to self-construct integrated knowledge/skill patterns (Ford & Ford, 1987). 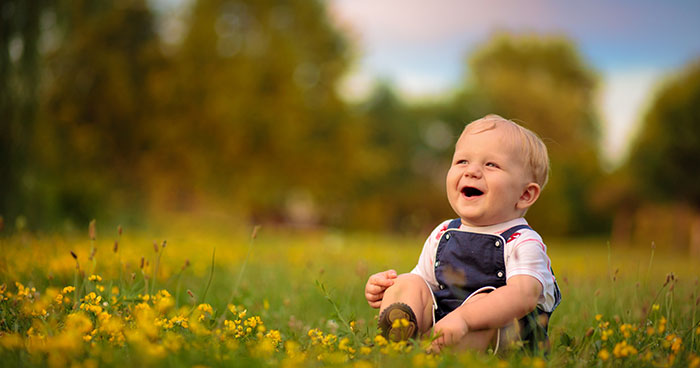 How are we born to learn?

Towards a ‘self-constructive’ learning process

This is what scientists are referring to when they speak of the brain’s neuroplasticity, its natural ability to grow new skills and continuously learn. While such ideas may sound complicated, young children are “wired” from birth to master skills this way, intuitively. This is the process by which we all learned how to walk, ride a bike and speak our native language.

Unfortunately, formal school instruction won’t be successful if this natural “self-constructive” learning process isn’t respected, supported and encouraged. As educator Benjamin Bloom described, in order for meaningful skills and comprehension to develop “knowledge” must be practiced and applied. It’s only through repeated application of “information about something” that ideas are transformed into deep comprehension, real ability and useful “real world” skills.

For this reason it’s essential for people of all ages to enjoy and be interested in what they are learning, to concentrate their attention and experience positive emotions while they’re doing something. According to the psychologist Mihaly Csikszentmihalyi, as a person’s skill level increases and they meet challenges (that require activation of those skills) the result is a highly enjoyable “flow” state of consciousness, an optimal form of experience where focused attention and positive emotions arise when that specific activity is engaged.

This is learning happening, the mind being stretched and exercised through real life experiences. Skills have been developed, and then through practice they develop further. This is what happens when a skilled swimmer is in the water, when a group of friends is playing basketball or a child who loves to draw is drawing.

The flow experience is intrinsically rewarding, sometimes transcendent. There’s a sense of timelessness and deep connectedness with the activity and context, as our full attention is given to the task at hand. Motivational researcher Carol Dweck talks about such experiences as evidence of a “growth mindset,” a positive attitude toward learning that leads to even more practice time, and greater skill development. 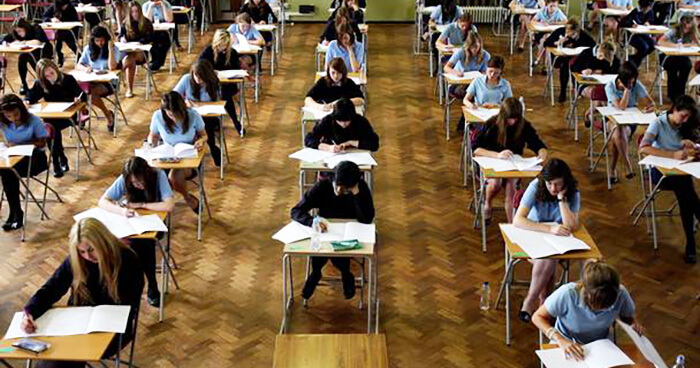 Students in the ‘Exam’ Factory

Unfortunately, most schools were not created to promote flow experiences, growth orientations or mastery learning. Our modern school systems were designed at the request of wealthy industrialists in the early part of the 20th century, using what is called the “factory model” of education. The purpose was to create good workers, teach children how to work hard, follow instructions and obey authority.

Factory-style schools were modeled on industrial production systems and set up as “selection” and sorting systems for children. Teachers would provide information and then assess everyone at the same time in order to locate those children who demonstrated the highest levels of ability on written tests- not to provide meaningful experiences and skill development for all students.

In such environments many students will naturally feel discouraged, especially those who receive low test scores. They often feel anxiety, lose confidence and interest. Once they “turn off” and no longer pay attention they experience boredom. After that, they will try to avoid that subject area rather than spend any extra time with it. 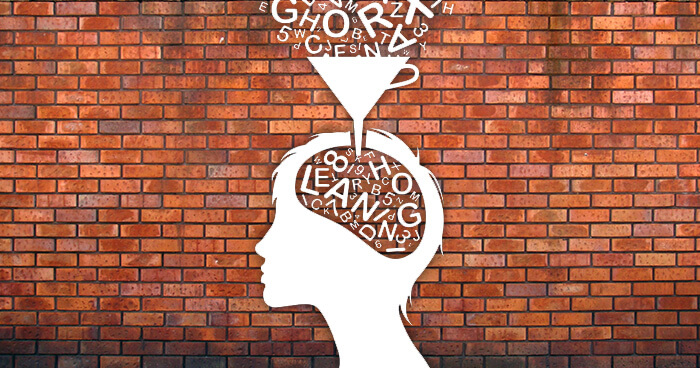 Many kids have developed a dislike for learning

The link between mastery and learning

The factory model is designed to sort children into social classes, to create “winners” and “losers.” Those who continuously failed would eventually “drop out” or leave school without coming even close to developing their full potential.

Back in the 1920s, the educator John Dewey described such experiences as being “miseducative,” inhibiting rather than encouraging further learning. Unfortunately, the test-driven model of education has dominated for about a hundred years now. That’s why millions of students all over the world have either dropped out of school or developed a dislike for learning, over the decades.

Fortunately, not all education systems have been designed this way. Montessori schools take a constructivist approach, encouraging creative play, mastery and flow experiences for children. The Suzuki method of teaching music is based on the idea that students need to love music and enjoy playing in order to motivate them to put in practice time.

European apprenticeship models and traditional Asian arts instruction- such as karate, tea ceremony and calligraphy- also take a mastery approach. All over the world, successful parents, coaches and teachers have long understood this essential relationship of interest and motivation to mastery and learning.

When mastery and skill development is the focus each learner’s innate human potential to learn is respected and given a chance to blossom. Adults are careful not to compare children to one another. There is less emphasis on external tests and deadlines, but more emphasis placed on practice and effort, putting in time- not watching it.

That doesn’t mean that external tests don’t play a role, they can, but there is no rush, no expectation that all learners should develop skills at the same speed. Tests can motivate students when they are assessing skills already there, but its de-motivating if the purpose is to punish or make comparisons to others. 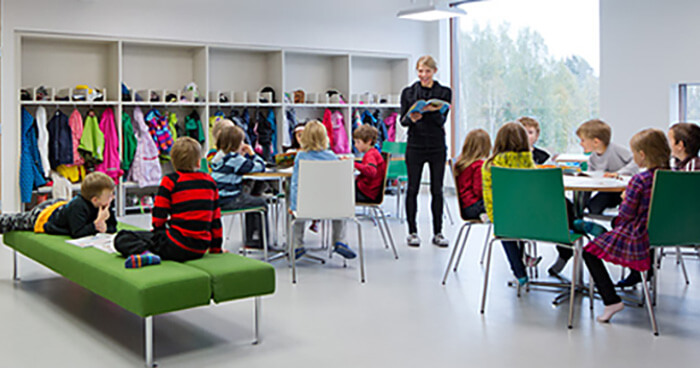 A primary school in Finland

What’s absolutely crucial is generating interest and motivation, as these translate into concentration, effort and progressively higher levels of mastery. Current efforts to transform factory model schools into creative learning communities take this approach, and have been highly effective.

“The emphasis in Finnish schools is on cooperation, not competition. Nina Brander, a Finnish teacher with 17 years of experience, says this is a key to Finland’s success. “In Finland we orientate more towards learning and working than towards marking and evaluating,” she said. Schools aren’t ranked and they’re all equally funded so parents can rest assured that whether they live in a city or a small country town, whether they are wealthy or not, their child will get the same, awesome education. “We have an equal elementary-school education for all children,” said Ms. Brander.”

What Finland has done can be implemented anywhere. During the late 1980s and early 1990s I worked with the research and development team of Hank Levin’s Accelerated Schools, a successful project started at Stanford University. We published the Accelerated Schools Resource guide and helped quite a number of communities change the culture and expectations of their schools. 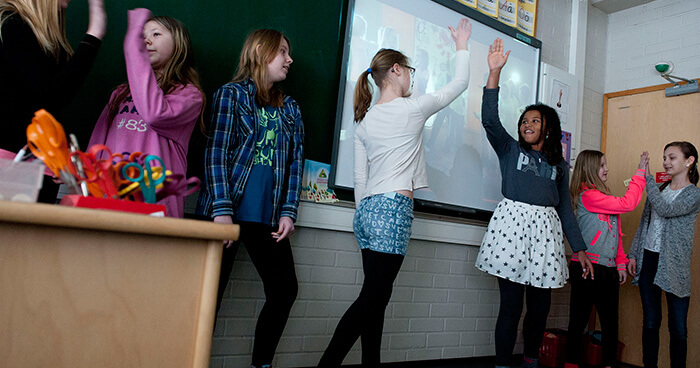 Creating an education system that works for our brains

Levin’s program was one among many whole school reform projects in the country at the time that promoted innovative learner-centered education. Howard Gardner developed Project Zero at Harvard, incorporating his theory of multiple intelligences. A Yale psychiatrist by the name of Dr. James Comer created the groundbreaking School Development Program –which has consistently shown itself to be highly effective with poor and minority communities.

ABC News was following the trend in education at the time and in 1993 produced a TV special on these projects, ideas and new innovations called “Common Miracles: The New American Revolution in Learning.”

Many of the “new” ideas that educational researchers and cognitive scientists have uncovered are understood intuitively by most of us. Across the span of human history traditional trade apprenticeships, crafts-making and arts education had to be aligned with the natural way young people learned in order to be effective.

All of us have applied our brain’s intuitive understanding of neuroplasticity and the learning process as we have mastered various skills over the years. Those of us who have raised families successfully have facilitated and observed this kind of learning with our own children. It seems like common sense, cause we know this from our own observations and experiences. Our brains are “wired” by evolution to learn this way. 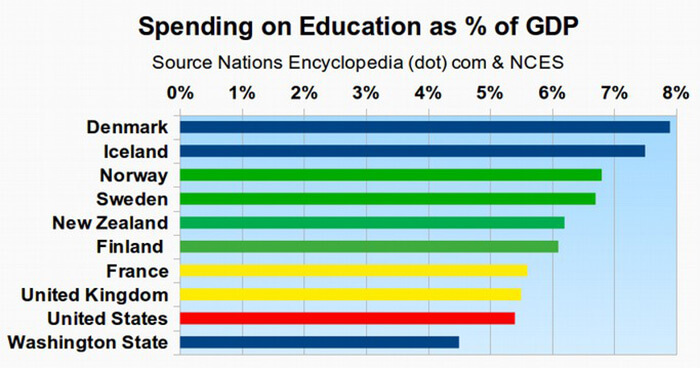 Why is the US ignoring innovative education methods?

Unfortunately, during the last decade many of these new innovative methods and creative learner-centered programs have been ignored in the United States, sometimes even sabotaged. They are up and running beautifully over in most Scandinavian nations (and at the elite private schools for children of the wealthy) but are no longer being funded, celebrated or emphasized for the public.

With No Child Left Behind, Race to the Top and Common Core there seems to be an attempt by powerful “corporate-minded” reformers to gain control over public education and re-assert the dominance of the factory model.

But it’s not going to work, their efforts are doomed to fail, because they are selling an out-dated model that is not aligned with the natural way children’s minds learn. It’s grounded in 20th century industrialist methods not meant to be applied to human beings.

Like the Hindenburg, the factory model has already proven itself to be a failure. Those who are trying to update this approach with Factory Model 5.0 are backing the wrong horse. And anyone who tries to run an entire nation’s school system with this strategy is building something destined to eventually crash and burn, not fly.

Every teacher (or educator) knows that Finland’s schools are the most successful. Are there any comparative papers about educational outcomes and results of Finns compared with those of Finnish-Americans? US teachers are trained and taught by the prominent gurus with teaching education methods and structures of academic writing and spelling. But creativity is not a skill that can be planned and structured. Denmark has a good alternative to biology classes too: their kids watch the process and learn from the surgical process of splitting up the parts of animal bodies in zoos.