BY Chad Foreman
Welcome to UPLIFT
Loving Yourself
Two Simple Ways to Improve Your Meditation Practice
If You Struggle to Meditate, Try This

I’ve been trying to express the inexpressible since 2003 when I started teaching meditation. I took on the burden of having to articulate and teach something which at its heart is an existential experience of being. It’s like trying to explain the colour blue to a person who has been blind all their life or describe the taste of an apple to someone who has never had one before. Meditation is a practice that has been embraced by so many, but two basic things stop people in their tracks and make it a difficult process when it should be enjoyable and beneficial. The first main problem is people want to understand meditation intellectually more than they want to experience it directly. And then they tend to try too hard. Fortunately these two issues can be easily overcome and the profound benefits of meditation can open up with a simple readjustment in the way meditation is practised.

Chogyam Trungpa, an accomplished meditation master and Buddhist teacher, would always send his new students to the corner to just sit in meditation for 20 minutes before he would explain anything to them. That way he had something to teach them through their own experience. I was a tennis coach for many years and it would be like me trying to teach tennis to someone by talking to them. Intellectually describing how to swing the racket, make contact with the ball and what to do on the follow through. But that would never work; I would teach people tennis by hitting tennis balls to them and them trying to hit them back.

Meditation is a method not a philosophy, it has been taught as a method to overcome mental and emotional suffering and find freedom within a world which is by nature changing and unstable. It has been taught for at least five thousand years and within this time, of course, religious institutions have been built up around it which create a scholarly class, priests and rigid forms. 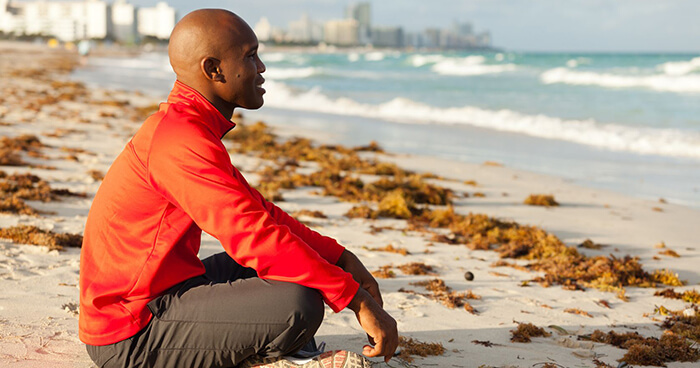 The best way to teach meditation is through direct experience.

The best meditators are the ones who meditate.

Zen Buddhism is often characterised as being anti-intellectual because it explicitly tries to bypass the rational mind to find a place where words are obsolete. Ironically it attracted the highest type of intellectuals because people who are smart begin to realise the limitations of the mind and language to apprehend the true nature of reality. Alan Watts and Jiddu Krishnamurti were two such great intellects who would constantly warn of the dangers and traps of knowledge as a means to understand the world. Watts even coined the phrase ‘the wisdom of not knowing,’ thereby pointing toward a transcendent type of knowledge not bound by concepts. An often-quoted Zen master would say:

To find the truth simply give up all your opinions.

It’s in this way, our formal mindfulness meditation session is a time to put thoughts and concepts down for a while and experience another way of being beyond the rational mind.

Buddha also knew the power of thoughts and ideas to shape people’s realities and for the beginning student would advocate for an ethical and loving perspective. He said things like “it’s your thoughts that create reality,” but that’s just your reality. It’s now clear that shifting your perspective can radically change your experience of the world. These teachings were to help create a peaceful community where people could live in harmony but they were not the highest teachings about the true nature of reality.

Method: Continually let go of the need to explain or judge your meditation or look for the meaning of experiences. When I asked a great meditation master about a technical point of meditation which I thought would both help my practice and show off my great understanding to the teacher, Karma Lhundrup Rinpoche surprisingly responded by singing to me. He said it’s like that Beatles song: “Let it be, let it be, let it be, just let it be, whispering words of wisdom; let is be -ee.” 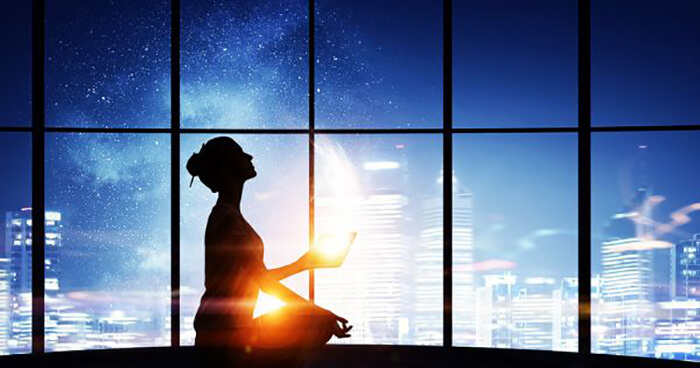 Meditation is an experience of the true nature of reality.

Ok, I hope you understood my point about intellectualising meditation being an obstacle to transcending words and concepts and directly gaining a taste of reality beyond ideas. The second main thing I have found why people fail at mindfulness and meditation is because of pushing too hard with effort and willpower or ego-power. Now I understand that part of this problem is teachers like me saying you’re ‘failing’ at mindfulness and meditation because that sets up its own type of neurosis where you never think you get it right and you never can, but stay with me.

Beginners are often told to just persevere and their meditation will get better over time, but I coach people who have been meditating for twenty years and they still struggle with the idea that their meditation should be blissful and peaceful all the time by now, and it’s simply not the case.

Once again I have struggled to articulate the effortlessness of meditation when one of its most popular forms and something I also teach is mindfulness, which has definite structure and technique that takes effort and discipline. However, mindfulness is a movement from the effort of adjusting and coming back to rest in an effortless way. At the beginning, there is a lot of adjusting and less of just resting. But even in one meditation session, your mind settles down and you move toward mostly just resting calmly and watching your breath, not needing to adjust much at all. 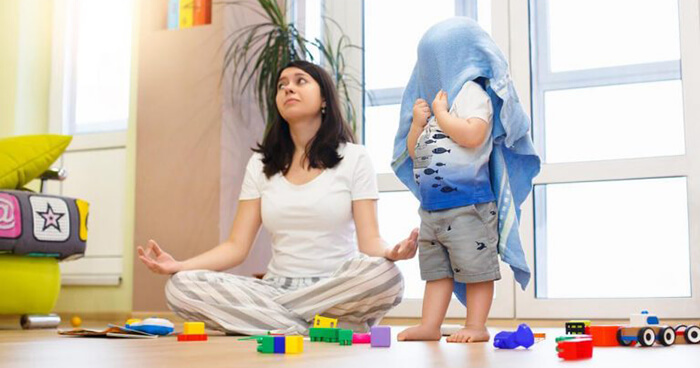 Meditation doesn’t need to be blissful and peaceful all the time.

Mindfulness is like the two training wheels on a bike that help you get your balance but eventually become unnecessary. The whole moment of meditation is a continuum from effort to effortlessness. It is ironic that it starts with effort to get to effortlessness but that’s just how it is for most people. I say for most people because I think some can drop straight into an effortless and natural state of being right from the start. Those types don’t really need my help if they can continually do that, so this blog is not for them, and I would just advise to keep up the good work, or non-work.

The two training wheels are an adjustment from being off balance which require introspection at the beginning to even notice that you’re off balance. The two ways to lose your balance are too much excitement or too much dullness. When you’re too excited and cannot leave thoughts alone you need to adjust yourself and relax and refocus on your breath or mantra. When you get too sleepy and dull you need to straighten your posture, even open your eyes slightly and refocus. However, the thing that people get wrong here is too much effort in constantly adjusting. Once you have refocused and regained your balance you simply watch your breath and return to an effortless way of being.

In this way, you find your mental centre of balance and learn to just be while calmly watching your breath. If you lose your balance, constantly bring yourself back and let go again. Just like riding a bike you’ll get the hang of it and find your balance and wonder why it was ever so hard in the first place.

Of course, there are other things you can do to improve your mindfulness, but the main two adjustments are between too excited or dull.

Increasingly meditation becomes about non-interference and even when you do slightly lose your balance the adjustment is natural and instant. As soon as you notice a distraction you already have found your way back to the natural state. 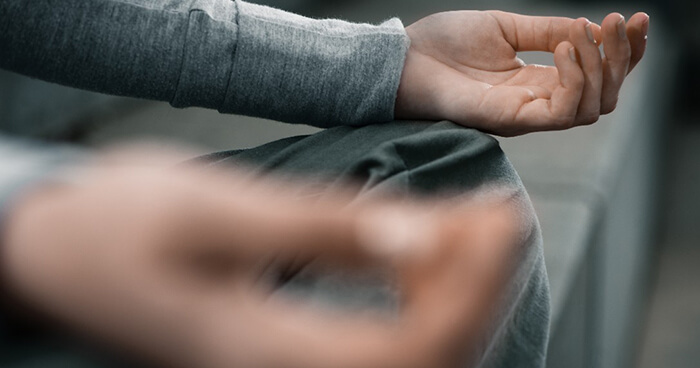 Meditation is a continuum from effort to effortlessness.

So even distractions are ok and need little effort to adjust or as my old Tai Chi teacher would say:

Never wobble but when you wobble wobble well.

I hope that’s clear, I’ve always wanted to include that sentence in a blog and I think it makes sense here, and it’s also fun to say a few times.

I’ll also apologize for using the word fail because the effortlessness I’m trying to point out means to not push yourself to some ideal of perfection. At the purest level of meditation, there is nothing to get right and nothing to get wrong and it’s this all-embracing easy going state that allows an effortless and naturalness to be present.

To truly be effortless we have to relinquish our normal ways of problem-solving and goal setting and be able to rest in the perfection of the moment even when it doesn’t seem to be so perfect. Also, this requires a goalless and non-striving attitude. When you sit, just sit like a Buddha, perfect already, nothing else to do, nowhere else to get to, just rest as you are.

So eventually the training wheels come off and your meditation is natural and balanced even when it’s not. It becomes characterised by acceptance, non-interference and a sense of completion. In other words: effortless. All those things are actually natural to your true nature of awareness. You don’t have to try to accept or allow; it’s just what non-conceptual awareness does. Like a mirror that makes no effort to reflect anything, your awareness simply knows what’s happening without interfering or adjusting anything. It’s complete and perfect just as it is.

Good try, you explain every thing very well, thanks for the post

Yoga is the best thing to hydrate your body and maintain your fitness thanks for the post.

I am a sports guy, doing all kind of activities. But from some time I started to add yoga to my list and naturally I moved to meditation. I am at the beginning of this activity but what I can say is that I see that is helping me. I started to be more calm, to listen more and to focus better.
But, as I said, I am in the beginning and after reading this article I found out that there are moments when I feel that I am struggling. However, now I know what I need to do further.
Thank you for sharing this

Hey, very nice blog. I came across this on Google, and I am stoked that I did. I will definitely be coming back here more often. Wish I could add to the conversation and bring a bit more to the table, but am just taking in as much info as I can at the moment. Thanks for sharing.