Transforming Our Anger to Transform the World

While it is certainly noble to wish to change the world for the better, the vast majority of would-be-change-makers are acting out of anger. And while it can be argued that anger is a natural response to the dire conditions of the day, it is important to understand that acting out of anger is most often highly counter-productive to the aim of improving one’s condition and position in life.

The great Chinese philosopher Lao Tzu understood this, and he knew that actions born of anger lead to further muddling of circumstances. He also understood that a truly effective warrior comes from a place of radical acceptance of what is, for this is the central message of Taoism.

In chapter 68 of the Tao Te Ching, Lao Tzu notes: 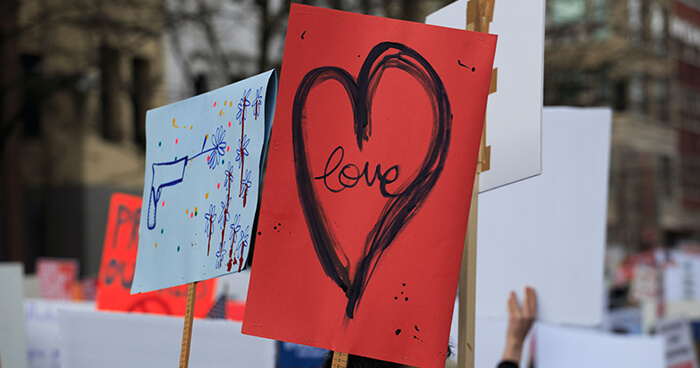 Acting out of anger is most often highly counter-productive. Image: Ben Mater

From the Taoist perspective, anger is seen as an expression of a conflict between the ego’s perception of the way things are and reality. It is resistance to embracing all things in whatever state they may appear to be in, which is a trap of self-absorption. It is the result of a failure to accept what is.

The following passage from Lao Tzu’s Hua Hu Ching explains this ‘departure’ from the way:

Speaking to journalist Bill Moyers in the following passage, the great American mythologist and author Joseph Campbell tells a story about a Samurai warrior and anger:

Joseph Campbell: I will participate in the game. It’s a wonderful, wonderful opera, except that it hurts. And that wonderful Irish saying, you know, “Is this a private fight, or can anybody get into it?” This is the way life is, and the hero is the one who can participate in it decently, in the way of nature, not in the way of personal rancor, revenge or anything of the kind.
Let me tell you one story here, of a samurai warrior, a Japanese warrior, who had the duty to avenge the murder of his overlord. And he actually, after some time, found and cornered the man who had murdered his overlord. And he was about to deal with him with his samurai sword, when this man in the corner, in the passion of terror, spat in his face. And the samurai sheathed the sword and walked away. Why did he do that?
Bill Moyers: Why?
Joseph Campbell: Because he was made angry, and if he had killed that man then, it would have been a personal act, another kind of act, that’s not what he had come to do. 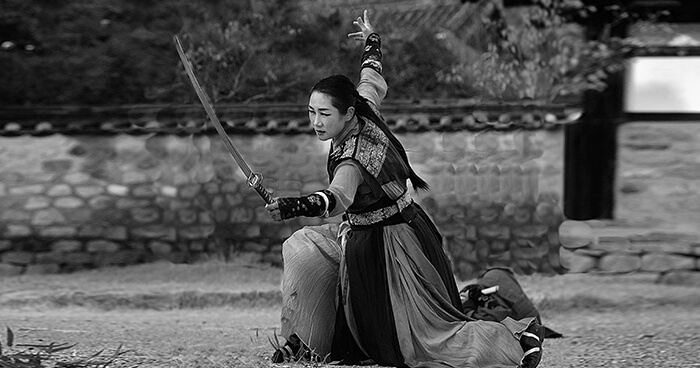 A samurai doesn’t act out of anger; they don’t let their emotions take over their pursuit. Image: Yoo Soosang

You see, the world is an impersonal place inhabited by persons. None of us see eye-to-eye on everything, but all of us have the capacity to influence and shape our shared reality. When people, divided by ideas and propaganda, join forces in anger and lash out against the world, it only stokes chaos and resentment, pushing things further out of balance.

Therefore, it is essential to resolve the anger within yourself before attempting to resolve some external circumstance which brings out the angry version of you. This is the version of you least capable of improving anything, as psychologist and scholar Jordan Peterson describes:

There’s the angry you, and you know, you all come in contact with the angry you. It’s rather rigid. That’s the first thing you might say about it. It’s impulsive and short-term. It doesn’t think much about the past, unless it’s bad things about whoever you’re angry at, in which case it thinks about them a lot. It’s not too concerned with long-term future consequences, and mostly it wants to be right. – Jordan Peterson

The simple, but powerful, notion of overcoming your anger in order to be a true change-maker is also elucidated by the Dalai Lama in a short quote:

The true hero is one who conquers his own anger and hatred. – The Dalai Lama

This article (Lao Tzu and Others on Why You Must Fix Your Anger Before Trying to Fix the World) was originally created and published by Waking Times and is published here under a Creative Commons license with attribution to Dylan Charles and WakingTimes.com. It may be re-posted freely with proper attribution, author bio, and this copyright statement.

It would be foolish to assume that one’s anger has no gift, no reason nor purpose for being, and skip straight to attempting to exterminate it…

Although I agree with your article which I find right, I won’t condemn anger which from my perspective and experience is part of the fire-process of awakening. We now know how the school of positive thinking has been demystified as an unrealistic and hypocrite way of training the brain. It is not the anger which has to be condemn and point out but our reaction to it shows actually our personal state of consciousness, if anger doesn’t longer disturb or destabilize me, then, may be, I can be a source of inspiration instead of being a source of moralization.

Just a note that all of what you have quoted is from men, and men of privilege at that. I appreciate the intention of the article, but anger does allow people who are oppressed to become conscious of boundary violations, then take action to make changes. There is much to say about this, but there is such a thing as healthy anger, and when we allow our anger to inform us and fuel our move toward justice, amazing things can happen. We have seen the downfall of many predators as a result of women getting in touch with their anger and no longer feeling ashamed about it.
The idea of suppression of anger as some sort of noble self-control has allowed those who abuse their power to continue to do so for millennia. Anger is what gets people to wake up and say, “something isn’t right here,” so it’s been a tool of control for many predators, from governments to churches to individuals, to make anger a “problem.”
For myself, allowing my anger and not feeling bad about it fueled my ability to endure threats, intimidation, and bullying from a predator/colleague who was trying to get me to not report him to our licensing board for sexual misconduct. I scared the heck out of him and his cronies because I let my anger fly, which was totally unexpected by them, as they saw me as a weak, mousy, harmless little woman prior to that.
I could not have continued to endure this intimidation and stay focused on doing the right thing without the honoring of my anger and the strength it gave to me. That person was forced to surrender his license and close his practice in record time – only three months, as opposed to the year or so it can often take. And it was largely because of my ferocity – he knew he wasn’t dealing with a mouse, but a lion.
Thank you for your article.

Not always easy to do,but with practice it is. And the results are positive.

0
Reply
PrevPreviousSaying Goodbye when Someone You Love is Dying
NextMartinNext