Thousands of mothers, daughters and grandmothers finished a two-week long peace march in Jerusalem on Wednesday the 19th of October. The march began in Rosh Hanikra and ended in front of Israeli Prime, Minister Benjamin Netanyahu’s, Jerusalem residence.

The march is called March of Hope and was created by an organization called Women Wage Peace. It’s mission is a “non-political, broad-based and rapidly growing movement of thousands of women to restore hope, and work toward a peaceful existence for ourselves, our children and future generations.”

Raya Kalisman, who was one of the peace marchers, said that the organization was developed a year and a half ago after many mothers began talking with each other and asking why they are sending their children off to fight wars. She also said that the march was a march of true unification in that people from the left, right and center of religious and non-religious parties joined in.

The marchers stopped in front of Benjamin Netanyahu’s home so that he would receive the message that they want the peace negotiation process to begin again.

“we will keep protesting until there is an agreement.” – Raya Kalisman 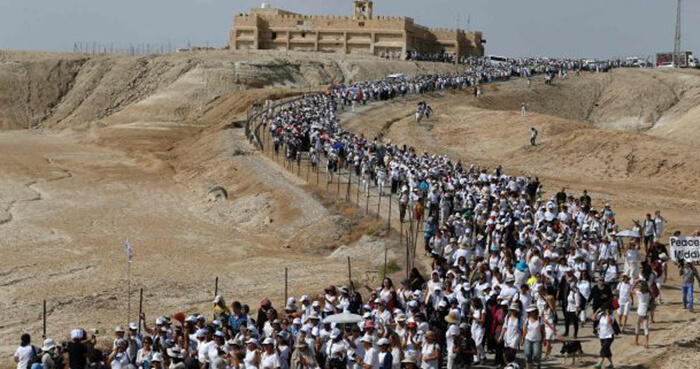 There were also solidarity marches planned around Israel, as well as in Jordan, Egypt, Tunisia, Morocco, France and the United States, according to the Times of Israel.

What we see happening all around the world is the unification of all people to create a truly peaceful world. People’s hearts are opening and are actualizing the fact that we are one human race. According to author and scientist, Gregg Braden:

“A growing body of scientific evidence, gathered from more than 400 peer-reviewed studies, is leading to an undeniable truth: violent competition and war directly contradict our deepest instincts of cooperation and nurturing. Scientific studies show conclusively that nature is based upon a model of cooperation and mutual aid, not violent competition and war.”

What are things you, the reader, can do to help bring more peace into the world? A book that many peace activists recommend is Non-Violent Communication: A Language of Life. I personally know it has helped me to communicate in a more peaceful manner and to understand just how easily it is to actually communicate in a way that isn’t peaceful, and that creates more hurt in the world. 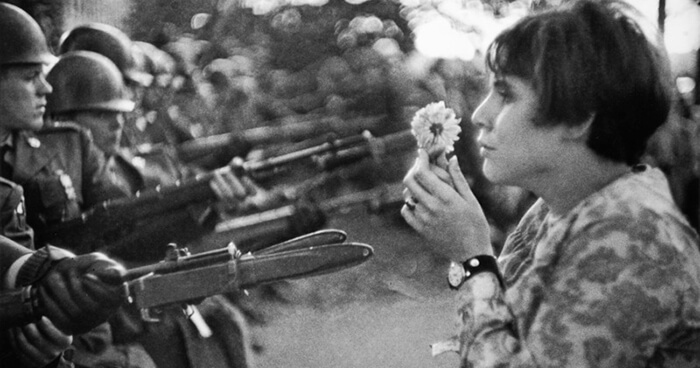 Studies show that nature is based on cooperation, not violent competition.

In 1974, an experimental study observed three different gatherings of over 7,000 people meditating each morning and evening for three consecutive weeks.  The study took place in Fairfield, Iowa (December 17, 1983 – January 6, 1984), The Hague, Holland (December 21, 1984 – January 13, 1985) and Washington, DC (July 1 – July 10, 1985).  The results were astounding.  According to the Rand Corporation, a think-tank based in California, “acts of global terrorism resulting in fatalities and injuries were reduced by 72%.” Time series analysis was used in this study to rule out possibilities that the reduction in global terrorism was caused by pre-existing trends, drifts in data or cycles. 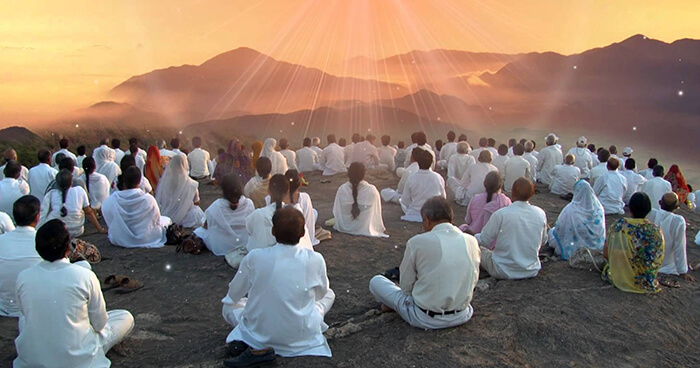 “Acts of global terrorism resulting in fatalities and injuries were reduced by 72%.”

The 7,000 people meditating created a Field Effect of harmonious coherence that spread throughout the collective – which, in turn, helped to reduce acts of terrorism (incoherent, disruptive energy).

This effect, which has also been called the “Maharishi Effect,” has had over 600 scientific studies conducted in 33 countries and in over 250 independent research institutions. The evidence overwhelmingly correlates synchronized group prayer and meditation as having extremely positive social, political and economic benefits to the world.  Positive correlations for numerous health benefits to the individual were also observed and confirmed.

With the marchers in Israel and throughout other countries, we are continuing to see the energy of the divine feminine rise. It is a wonderful and great thing for our world to see women reclaiming their voices and hearts in acting together to create beautiful, positive change in our world. The world applauds you and everyone who is doing whatever he or she can to create a more peaceful world.

Learn how Meditation can Elevate the US Election: https://elevatethevote.com/home