Thich Nhat Hanh on the Power of Compassion

BY Martin Doblmeier
Welcome to UPLIFT
Stories of Love
Thich Nhat Hanh on the Power of Compassion
The Secret to Creating Peace and Harmony, for Yourself and the World...

Thich Nhat Hanh has published nearly 100 books and is one of the best-known teachers of Zen Buddhism in the world today.

In the early 1960s, his practice of what he termed ‘engaged Buddhism’ led him to create the School for Youth and Social Services to provide education, housing, and medical care for victims of war in his native home, Vietnam. In 1966, Nhat Hanh visited the United States and Europe on a peace mission and was forbidden to return home. A year later Martin Luther King Jr. nominated him for the Nobel Peace Prize.

For 34 years, his home in exile has been the monastery of Plum Village in southern France, where he continues to live with his community of Buddhist monks and nuns. In October 2016, Thåy — ‘teacher’, as he is affectionately known — turned 90 years old. 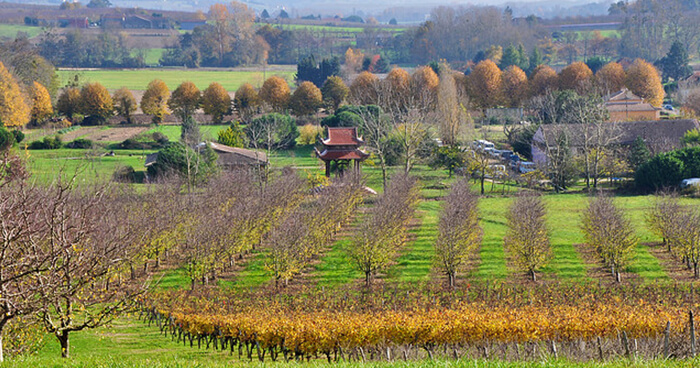 Plum Village, in the south of France, where Thich Nhat Hanh lives in exile.

Nhat Hanh was interviewed in Plum Village by filmmaker, Martin Doblmeier, of Journey Films, for a documentary on forgiveness.

Martin Doblmeier: During the Vietnam War, your own people found themselves deeply divided. Talk about the lessons learned from the peace movement then.

Thich Nhat Hanh: There was a lot of suffering and people found themselves in a situation where they had become enemies of each other. So in such a situation, you have to find a way to survive and to help others survive. We had to show people the way to act properly because if you don’t have peace within yourself, it is very difficult to work for peace. Our thinking was, the other person is not our enemy. Our enemies are misunderstanding, discrimination, violence, hatred, and anger. With that kind of insight, we conducted the peace movement.

Doblmeier: But over the years of war you were witness to so much suffering and tragedy. How could you not be overcome with anger?

Nhat Hanh: If you are filled with anger, you create more suffering for yourself than for the other person. When you are inhabited by the energy of anger, you want to punish, you want to destroy. That is why those who are wise do not want to say anything or do anything while the anger is still in them. So you try to bring peace into yourself first. When you are calm, when you are lucid, you will see that the other person is a victim of confusion, of hate, of violence transmitted by society, by parents, by friends, by the environment. When you are able to see that, your anger is no longer there. 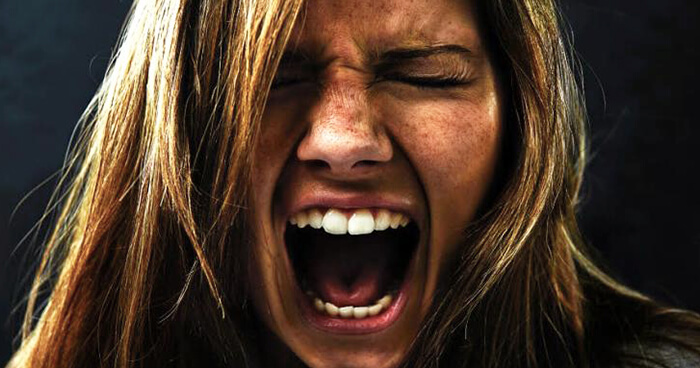 Anger creates more suffering for yourself than for others.

Doblmeier: When that anger begins to subside and your thinking becomes clear, is the foundation in place for forgiveness to begin?

Nhat Hanh: Forgiveness will not be possible until compassion is born in our heart. Even if you want to forgive, you cannot forgive. In order to be compassionate, you have to understand why the other person has done that to you and your people. You have to see that they are victims of their own confusion, their own worldview, their own grieving, their own discrimination, their own lack of understanding and compassion.

Doblmeier: In a practical way, how can we enliven that understanding and compassion within our own communities and families?

Nhat Hanh: Suppose you are angry at your father. Many people are angry at their father, and yet if they don’t do anything to change it when they grow up, they will repeat exactly what their father did to them. They will do that to their own children. That is why we have a wonderful exercise of meditation that has helped so many angry sons and daughters who come to Plum Village:

When you are capable of visualizing your father as a 5-year-old boy, fragile, tender, full of wounds, you begin to understand and feel compassion. When the son is capable of practicing understanding and compassion, he no longer suffers and the father in him is also transformed. That moment, compassion is born in your heart. Now it is possible to forgive. 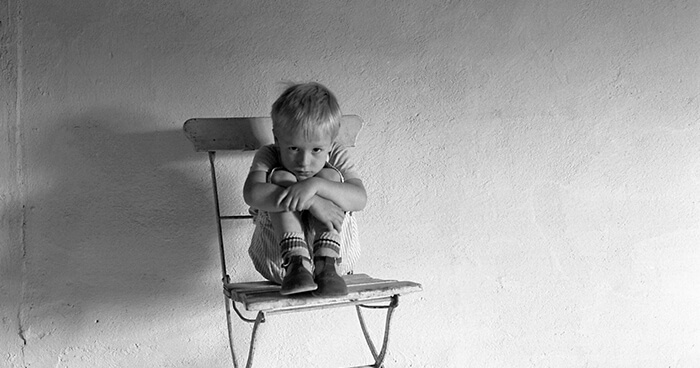 Often we act out from our pain, but compassion helps us to forgive ourselves and those who hurt us.

Doblmeier: So often it seems the way we hurt each other is through our failure to listen to the other person or through the harsh words we speak.

Nhat Hanh: You have to be very compassionate in order not to get angry when you listen to the other person, because their speech may be full of condemnation, blame, judgment, and so on.

If you don’t nourish compassion in you, you cannot listen very long. You say, “I listen to him only with one purpose, to give him a chance to empty his heart. I am doing charity work.” But compassion will protect you from anger, and that is why compassion is the antidote for anger. With compassion, you can relate to other people. Without compassion, you are cut off.

If you master the art of listening deeply and of compassion, you can open the heart of the other person. If you know how to convey your feelings that are inside you through loving speech, you can help the other person understand you. That is why in order to re-establish communication, in order for forgiveness to be possible, you should learn to practice these two wonderful things — compassionate listening and the language of loving speech.

Doblmeier: It is not possible to understand forgiveness without understanding suffering?

Nhat Hanh: At the heart of Buddhism is the idea of interconnectedness. We all suffer. That is the first noble truth of Buddhism: Suffering is a reality. And the practice begins with the awareness that suffering is there in you and it is there in that other person. When you have seen suffering, you are motivated by the desire to remove suffering — the suffering in you and the suffering in that other person — because if that person continues to suffer, it will make you suffer somehow later on. So helping other people remove their suffering means doing something for you also. 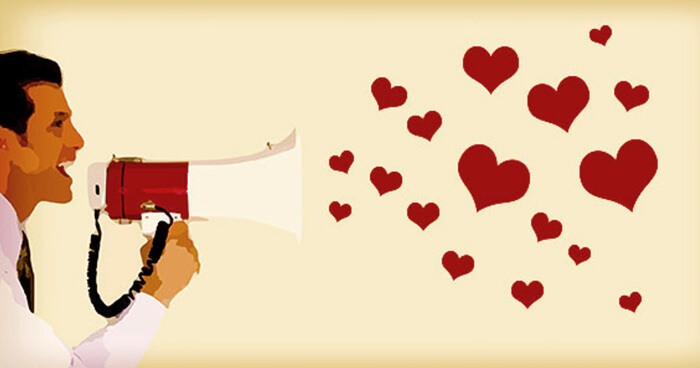 Open others’ hearts by listening and speaking with compassion.

Doblmeier: But there are times when the person who has hurt you has no intention of asking for your forgiveness and has no interest in your compassion.

Doblmeier: Patience is something you have learned in your own life. You endured 40 years in exile for the chance to return to your home in Vietnam, and finally, the moment came in 2005. I saw pictures of the throngs who greeted you at the airport, and in your eyes, I could see you embrace the moment.

Nhat Hanh: The government has done many wrong things — a lot of injustice. When they allow you to go home, that does not mean they have understood you or that they look at you now as a friend. But they do it politically because they are gaining something by allowing a person like you to come home. And you know that. But you go home with the intention to help; with the intention to help not only innocent people, victims of violence, of injustice, but you have the intention to help those who have done injustice to other people. You don’t carry any anger and you are capable of looking at them all as friends and friends-to-be. 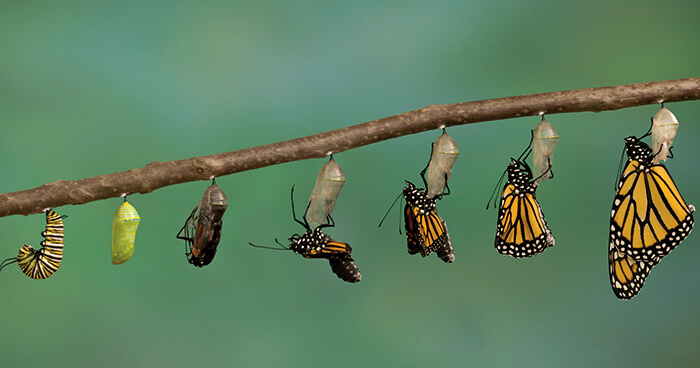 If you plant the seed of compassion, transformation will happen in due time.

Doblmeier: But not everyone there was interested in being your friend?

Nhat Hanh: In the hotel, there were secret police watching us at all times. We encountered a lot of difficulties, but we always remained calm. The secret police found out we were true practitioners. At first, we were only allowed to speak in temples, but after a time we were able to change their attitudes and they allowed us to hold public talks. We were able to address hundreds of Communist Party members and government officials. It was the first time these Communist officers were exposed to the teaching of the Buddha, the teaching of loving-kindness and compassion. So not only did we help the people who wanted us to help, but we helped the people who didn’t want us to help.

Doblmeier: When you looked out on the crowds that came for your public talks, what did you see?

I see this as an example of planting a seed of compassion so that the wrongful actions and injustice does not repeat itself. The selflessness of maintaining and spreading this wisdom, knowing that change will not happen in this lifetime. It will take time, but little by little, change will come about to eventually end all suffering. I hope! Believe in it!

An amazing, compassionate man whose teachings have something relevant for everyone, no matter what culture, religion, background.