There Are No Migrants, Just Humans

BY Jonathan Davis
Welcome to UPLIFT
Stories of Love
There Are No Migrants, Just Humans
An urgent need for something to be done to help Syrian refugees has sparked humanitarian actions worldwide

Words matter. The debate about whether there is a ‘Migrant crisis’ or a ‘Refugee crisis’ in Europe has been at the center of discussion, as thousands of people attempt to head towards the perceived safe havens of Germany and Austria. Obviously, those escaping the Syrian war are not doing so for purely economic reasons, but there is a word that matters more than ‘migrants’ or even ‘refugees’, and that is ‘humans’.

In this crisis, it may seem like business as usual for most of the world’s governments, but more and more people are discovering how to make a difference. National boundaries define ‘outsiders’ and ‘insiders’, often blinkering national governments to a narrow set of interests. By contrast, it is humans feeling empathy for fellow humans, irrespective of national boundaries, that have been some of the most effective agents so far. Here are a few great examples of people who didn’t wait for their government to do something about the current crisis in Syria, they didn’t ask for anyone’s permission – they just started taking action.

An ‘Air BnB’ for Refugees

Refugees Welcome has been described as an online matchmaking service connecting displaced people with others who have a spare room to offer. It’s essentially an Air BnB for refugees, sometimes offered for free, sometimes paid for by micro-donations from others. It is perhaps the single best example of the true spirit of the emerging peer-to-peer sharing economy that we have seen so far.

We are overwhelmed by people’s readiness to help, we are now receiving inquiries from different countries within Europe such as Greece, Portugal and Scotland, but also from Australia and the US. Everywhere, people are keen to realise this idea in their countries to be able to offer refugees a home.
– Refugees Welcome 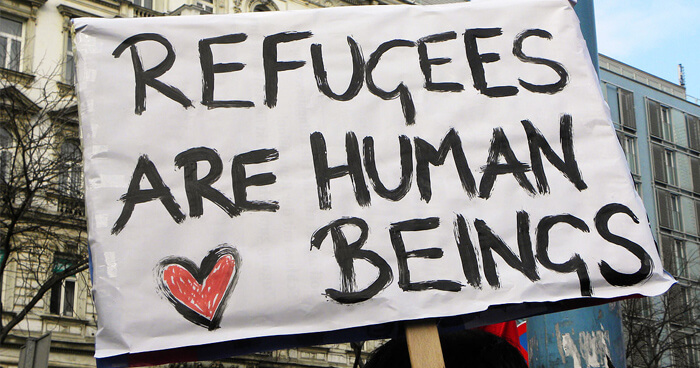 So far there’s been amazing feedback from people who have opened their homes. Teacher Johann Schmidt from Konstanz Germany, registered on the site in November last year and now shares his apartment with an Iraqi refugee.

Azad tells me about his home country time and again, and can explain the overall context of the current situation to me in simple terms. I’ve learned quite a bit from him already and very much enjoy listening to his stories.
– Johann Schmidt

12,000 Icelanders Offer Their Homes For Syrians

Iceland has a population of around 300,000 and was recently listed on the Global Peace Index as the world’s most peaceful country. According to The Guardian, they have been accepting 50 refugees per year. Syria has more than 8 million displaced people and on that same Global Peace Index is considered the least peaceful country on Earth. In response to the current crisis in Syria over 12,000 Icelanders sent an open letter to their government, volunteering to take Syrian refugees into their home – all organised through a facebook group called ‘Syria Calling’.

I have clothing, kitchenware, bed and a room in Hvanneyri [western Iceland], which I am happy to share with Syrians… I would like to work as a volunteer to help welcome people and assist them with adapting to Icelandic society.
–  An Icelander on the Syria Calling Facebook group

While this isn’t going around the government as such, keep in mind that Iceland recently had their ‘pots and pans’ revolution, where they sacked their government in response to the global financial crisis. Iceland is representative of a rare exception where the Government is more inclined than most to listen to their people… or else. 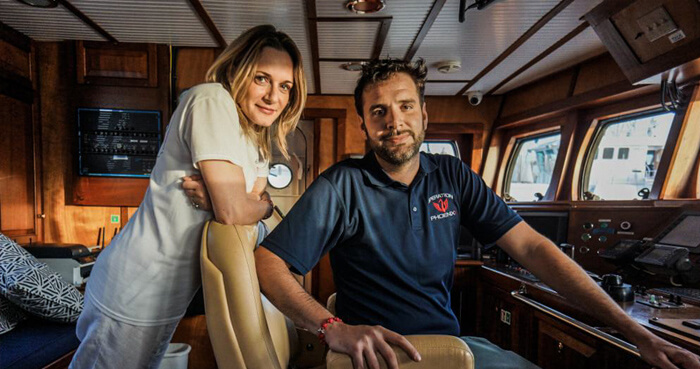 Another amazing story is that of Christopher and Christina Catrambone. Whilst sailing the Mediterranean in their private yacht they discovered the life jacket of a drowned refugee. The couple came home changed from the experience, so much so that they bought The Phoenix – an $8m, 40-metre long vessel; pulled together a 20 person crew of sailors, paramedics, doctors and rescue personnel and created what is essentially Sea Shepherd for refugee rescue. The Phoenix is the flagship of MOAS (Migrant Offshore Aid Station), a registered foundation dedicated to preventing loss of lives at sea; providing assistance to migrants who find themselves in distress while crossing the Mediterranean Sea in unsafe vessels.

No country in the EU currently has a search and rescue team for this purpose, so the MOAS simply decided to do it themselves. In their first 60 days The Phoenix rescued over 3,000 people. At the time of publication that figure stands at 11,000 lives saved. Just in the last couple of days, MOAS has raised $1m, showing that humans helping humans can often be more effective than governments trying to do the same. 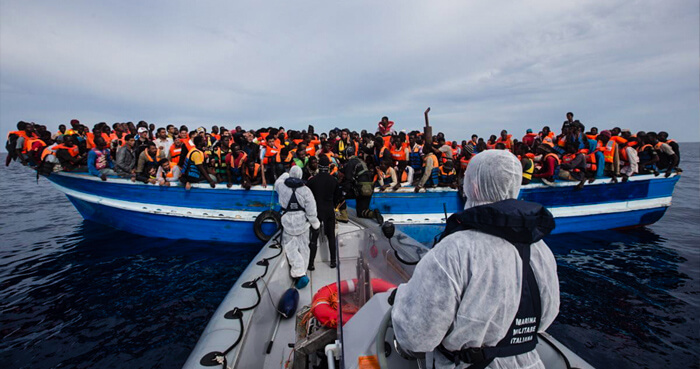 It can be incredibly disempowering to see devastation and not be able to do anything about it. In fact, this sense of helplessness in affecting any kind of change is partly what causes us to switch-off. Why go through the pain of feeling empathy for another’s pain if we can’t do anything about it? What the three stories outlined above show us is that anyone can find a way to help, even if that way doesn’t exist yet. In fact, the only way we’re ever going to make some kind of change to prevent these things from happening in the long term is by having the courage to first face the problem.  Having ways to actually make a difference to people’s lives in some way, even if it’s micro-financing a refugee’s stay in someone’s spare room for a few days, helps us have the strength to keep looking at the problem, and without large volumes of people coming to their own conclusion that we need to stop bombing these places and creating these problems, nothing is going to change.  Conversely, if we can learn to breathe through the discomfort and toxicity of seeing the truth, and feel empowered to help in some small way, we also gain the strength to keep searching for more permanent solutions.

Please think about joining the humans helping humans by clicking on the link below.

At www.betterplace.org, you can choose to donate to either MOAS, Refugees Welcome or a number of other grassroots projects. 100% of all of the donation goes directly to the charities.

Jonathan you never cease to impress me! What a well written article on what is surprisingly a very positive topic, I need to focus more on it!
Theres no sense in focusing on exposing the institutions anymore than they already are, at this point individuals have chosen the pill they live by; it’s long time to focus on the people ACTING to do better.

Hopeful, inspired and a renewed belief in the Goodness in the world. Thank You for publishing this article.