The Trap of Tribal Conditioning

BY Jalala Bonheim
Welcome to UPLIFT
The Science of Love
The Trap of Tribal Conditioning
Who Do You Accept and Who Do You Reject?

We build walls, install security systems and wage wars. We cling to the belief that if only our tribe can destroy its enemies, then all will be well— a tragic misconception if there ever was one, for the stark truth is that we will either learn to live in peace or go extinct as a species. ~ Jalaja Bonheim

I’d like to share a concept that may help you understand the Trump phenomenon. I call it tribal conditioning.

Tribal conditioning encompasses a wide range of habits that evolved during the tribal era, yet continue to govern how we think and relate today. Some of these habits still serve us well, but many do not.

The tribal era, we must consider, lasted not just millennia but millions of years. Therefore tribal conditioning is immensely powerful and compelling. It affects every one of us, and the things it tells us to do, no matter how insane they might be, tend to feel ‘right’ in ways that have nothing to do with the rational mind. 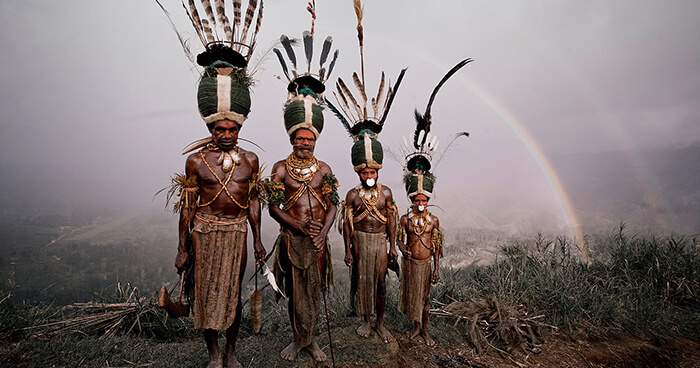 Tribal conditioning once served a purpose; protection and survival, but we have evolved.

Indeed, they once were right. Take, for example, phenomena like racism and xenophobia. For a member of a small isolated tribe, it made perfect sense to assume that every stranger might be a potential enemy. If someone looked different, talked or behaved differently, you’d be a fool not to be on guard. It was a simple, indisputable fact: sameness was safe, different was dangerous. This is how things stood for eons.

The Shift From Segregation to Oneness

Then the world seemed to flip on its axis. The human population exploded, and the rules changed quite radically. Everywhere, people of different races and nationalities started mixing and mingling and, slowly, difference ceased to be the exception and instead became the norm. Today, racism and xenophobia still exist in many communities, but they are largely unaccepted.

Yet we are creatures of habit, and the older a habit is, the less willing we are to give it up. Though sameness is no longer safe, millions of people remain convinced it is. Quite simply, our collective consciousness has not yet caught up with the changes that have so fundamentally transformed our world.

And so, we continue to engage in a wide range of behaviors that are becoming increasingly self-destructive, because they are so out of touch with our present reality and needs. Stubbornly, we close ranks against the influx of all that is unknown, strange and new. 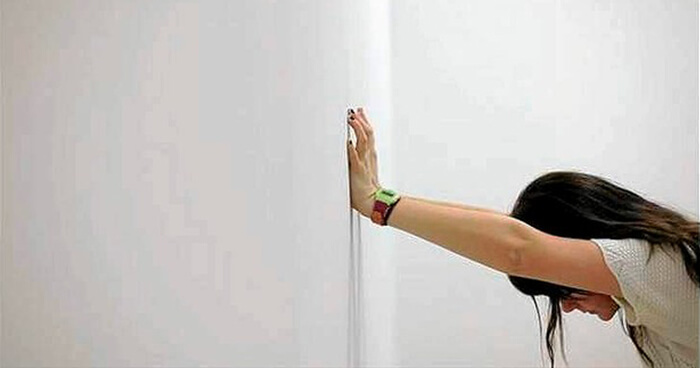 “Change is never painful, only the resistance to change is painful” ~ Buddha.

Togetherness is the Key

We build walls, install security systems and wage wars. We cling to the belief that if only our tribe can destroy its enemies, then all will be well — a tragic misconception if there ever was one, for the stark truth is that we will either learn to live in peace or go extinct as a species.

That said, there’s no doubt that change is underway. We’ve become much more tolerant of differences and better able to feel a sense of solidarity with the greater planetary community. A new consciousness is awakening that recognizes our oneness as a global community.

More accurately, I should say, an old consciousness is blossoming in a much larger way than ever before. Global consciousness is, after all, what the bible says Jesus was preaching two thousand years ago.

Sadly, beings like Jesus who preached the radical gospel of unconditional love, have always been perceived as threats by the establishment, and by those loyal to tribal conditioning. Today, however, their sense of alarm is immeasurably greater than ever before — and for good reason. All the old structures the tribal ego depended upon are disintegrating. The old, familiar world is vanishing down a rabbit hole. The speed of change is mind-boggling, and much of it seems for the worse to those who are still attached to this old conditioning. 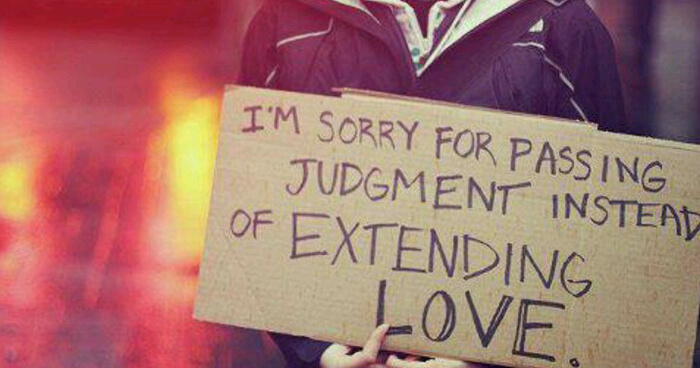 We must either learn to live in peace or go extinct as a species.

In response, the part of our collective psyche that is governed by tribal conditioning is contracting defensively, hardening and growing ever more fanatic, extreme, rigid and self-righteous. This is why the expressions of tribal conditioning we see today seem so outrageous, so over-the-top, so completely insane.

It is this defensive, scared part of the collective psyche that has fastened upon Trump as the savior. He is the one who will defend the tribe against its enemies; who will restore America’s greatness and put an end to the relentless dissolution of the familiar. It is he who will uphold the boundaries that separate ‘us’ from ‘them’. He is the old-fashioned warrior who has no qualms about slaughtering his enemies; the defender of the righteous and destroyer of the immoral. He appears to be the answer to the helpless suffering of the tribal ego.

Ancient as it is, tribal conditioning possesses the formidable force of an instinct. Global conditioning lacks that advantage. It has none of the magnetism of the old and familiar. Yet it has something equally potent going for it—I call it heart-power. 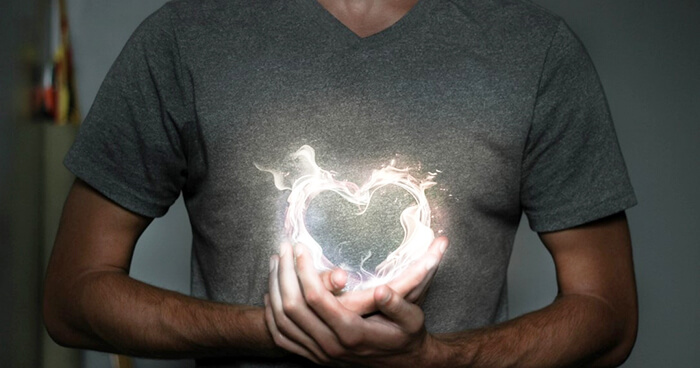 Our hearts desire only to love and be loved; to accept and be accepted.

Tribal conditioning puts a straight-jacket on our hearts by telling us we must reserve our deepest love for the members of our own tribe. For eons, we obeyed. Yet today, the human heart is rising up in rebellion. More and more people are refusing to limit the circle of their concern to a small minority.

“Why,” they are asking, “should I split humanity into ‘us’ and ‘them’? Are we not all brothers and sisters?” Even as they honor their own tribe, nation, and religion, they identify first and foremost as citizens of planet Earth. Instead of heeding the fear-based warnings of tribal conditioning, they are embracing love as their guide; kindness as their foundational practice and Mother Earth as their home.

Much of contemporary spiritual literature celebrates the awakening of this new consciousness, and rightly so. Yet all too often, we overlook the fact that the old conditioning affects not just Trump supporters, but each and every one of us. 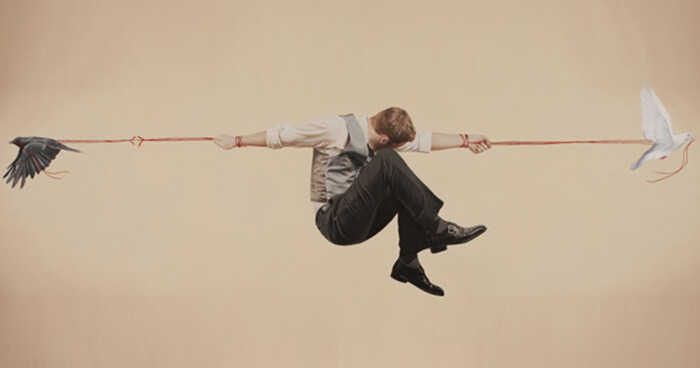 Our hearts are rising up in rebellion.

Be Aware of the Trap

Just the other day, I encountered it in myself. It happened while I was having breakfast at a restaurant in Manhattan. At the next table, two couples were talking politics. Being alone, I couldn’t help but overhear their conversation. Trump, it transpired, was one of their favorites. I snuck a glance at them and found myself surprised at just how normal they looked.

And why should they not? Contemplating my reaction, I saw how I had fallen into the trap of tribal conditioning. I didn’t expect them to look so normal; so likable, because unconsciously, I had turned Trump supporters into something monstrous and alien. I had stopped thinking of them as beloved brothers and sisters and started viewing them as strangers and potential enemies.

And so, I myself was re-creating the very ‘us-versus-them’ dichotomy that is the source of all wars. Trump is, in my view, an embodiment of tribal conditioning at its worst. Yet here I was, grappling with it within myself — not for the first and, I fear, not for the last time.

I agree with all the main points of what you’re saying.

I think that there’s another piece of the puzzle that we’re missing though: every time we start talking about “Trump Supporters,” we’re basically creating another ‘us’ vs ‘them’ divide. We’re creating an other and simplifying them and contributing to the tribal behaviour that you’re talking about. It’s especially easier now for anyone who self-identifies as a liberal or left-leaning to become super-partisan and get plugged into a lot of unhealthy patterns when it comes to relating to a very large part of the population. A straightjacket gets tied onto the hearts of people who claim to be against xenophobia but who still engage in over-simplifying/inciting fear in the face of an unknown population.

We’re still stuck in the pendulum, and it’s a huge blind spot.