The Tibetan Science of Healing

Tibet, the land of snow mountains, once an isolated secret kingdom, has a centuries old medicine system, called Sowa Riga, which means the Science of Healing. Once a monastic secret knowledge, the lineage of this system can be traced back to at least the first century AD and is still going strong today.

Tibetan medicine teaches that the purpose of life is to be happy. By using Tibetan medicine for self-care, it is possible to become aware of how your thoughts and behaviours influence your health and happiness. Tibetan medicine includes philosophy, science, and healing practices that can help create and maintain a healthy mind and body. It is a holistic mind body medicine from the roof of the world that makes use of rare herbs grown at high altitudes. 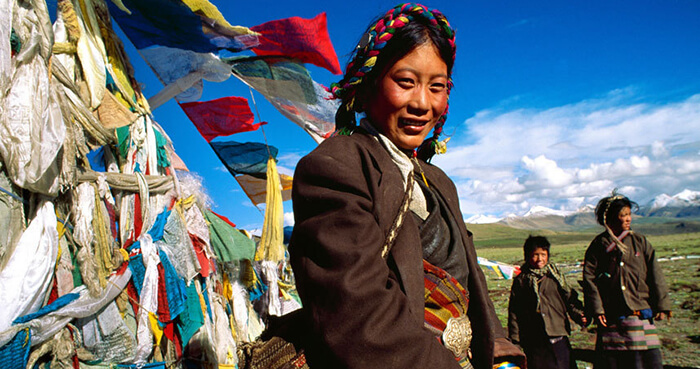 Tibetan medicine teaches that the purpose of life is to be happy.

Tibetan medicine teaches that all living beings are made up of energy and each person is born with a unique constitution or nature, made up of three primary energies: loong, tripa and baekan. These three aspects, or humours of the body, must be balanced.

Loong is the source of the body’s ability to circulate physical substances (e.g. blood), energy (e.g. nervous system impulses), and the non-physical, such as thoughts.

Bad-kan is characterised by the characteristics of cold, and is the source of many functions such as aspects of digestion, the maintenance of our physical structure, joint health and mental stability.

Tripa is characterised by heat, and is the source of many functions such as thermoregulation, metabolism, liver function and discriminating intellect.

The Tibetan Medicine system is an art and science of keeping these primary energies in balance with your constitution. Each of us has a unique constitution with both strengths and weaknesses and by understanding this makeup, we can enhance our strengths and transform our weaknesses.

Tibetan medicine shares that there are four basic principles: karma, suffering, healing and happiness. It works to balance the body and mind. 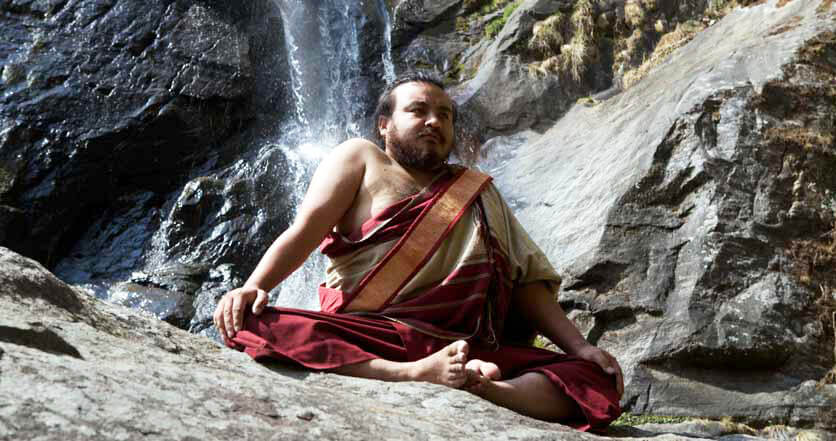 It works to balance the body and mind.

The infuence of Buddhism

Tibetan medicine is deeply rooted in Buddhist philosophy and psychology. It is a very spiritual, yet potent physical healing practice. This holistic system is steeped in the teachings and practice of Buddhism. Life and evolution are considered to be the basic cause of disease and the symptoms of disease. Tibetan Medicine through its Buddhist principles aims to cure and prevent suffering temporarily and permanently through its thorough methods. Tibetan Medicine can be traced right back to the time of the Buddha, and historically the Buddha taught medicine to his sangha.

Tibetan Medicine focuses on the direct healing of the patient’s body/mind with the help of the appropriate medicines, diet, behaviour and therapies to pacify the result of mental negative passions. Physical medicine was not considered enough to uproot the causes of disease; therefore Buddha taught the method to become aware of, and to pacify, negative emotions.

Physical illness from the Buddhist perspective, is closely bound with mental, social and spiritual illness. Disturbing emotions such as the three mental poisons of attachment, anger and closed-mindedness, are said to cause disharmony in bodily energies and can cause disease. For Buddhists, when the mind is liberated from ignorance and delusion, it is considered to be “free from disease.”

It is inspiring to understand that Tibetan doctors are called upon to express the Bodhisattva’s perfection in their medical practice. The Medicine Buddha is seen as the source of medical teachings and the inspiration for proper practice as a doctor. Yet, His Holiness emphasises that you don’t need to know anything about Buddhism to benefit from Tibetan Medicine. 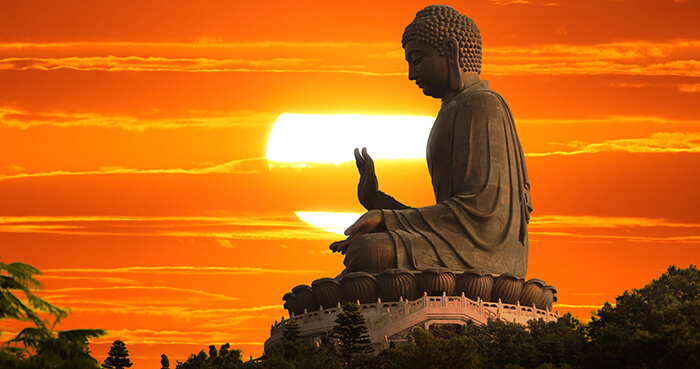 Tibetan medicine is deeply rooted in Buddhist philosophy and psychology.

There are three main techniques that are used by Tibetan doctors to diagnose clients. These are pulse reading, urine analysis and questioning the client about their condition.

Tibetan medicine was practiced throughout the Tibetan Plateau, Himalayas and Central Asia. Today it is practiced all over Asia and in the West. The Chinese often label Tibetan medicine as the Tibetan branch of Chinese Medicine but it is a unique and separate system. Despite the Cultural Revolution, censorship and persecution of practitioners, remarkably Tibetan Medicine is said to have remained relatively intact and with Tibetans leaving their homeland in search of freedom, this amazing healing system has spread far and wide.

There is a strong base of Tibetan Medicine in Dharamsala, where his Holiness the 14th Dalai Lama founded the Men-Tsee-Khang (Tibetan Medical and Astrological Institute) in 1961. This medical college educates post-high-school students during a six-year intensive program to become a doctor of Tibetan medicine. Tibetan Medical knowledge is summarised in the Four Medical Tantras, a book first formalised in the 7th century and still taught today. According to the ancient treatise of Tibetan Medical Knowledge, the Tibetan concept of health and disease is illustrated as a tree with two stems. 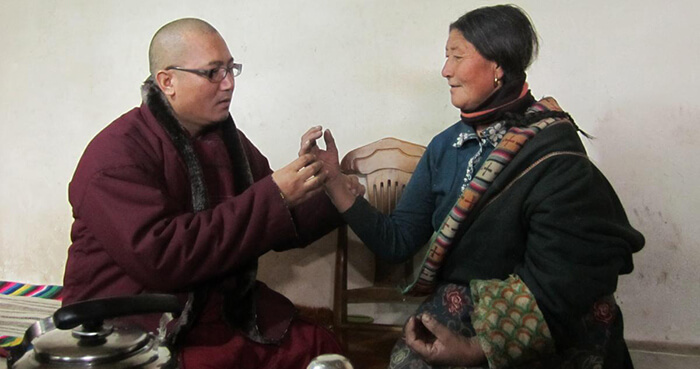 Tibetan medicine was practiced throughout the Tibetan Plateau, Himalayas and Central Asia.

“The first stem deals with the healthy body. It has three branches, 25 leaves, two flowers and three fruits. The first branch bears 15 leaves representing the three humours and their five types. These are depicted in the three different colours blue, yellow and white signifying the humours lung, mkhris-pa and bad kan, respectively.

The two flowers stand for a healthy and long life and ultimately serve as the basis for attaining the three fruits: spiritual accomplishment, wealth and happiness.

“The second stem deals with the diseased body. It comprises of nine branches and 63 leaves. The first branch has three leaves, which stand for the three specific distant causes of disorder: attachment, hatred and closed mindedness. The second branch bears four leaves depicting the four conditions that trigger disorders: seasonal changes, evil spirit influences, diet and behaviour. The third branch has six leaves representing the six areas of inception of diseases. The fourth branch possesses three leaves showing the main locations of the three humours. The fifth branch has 15 leaves, which illustrate the pathways of the humours. The sixth branch has nine leaves representing the humoral diseases in relation to age, place of occurrence, maturation period and seasonal changes. The seventh branch has nine leaves signifying the nine fatal disorders. The eighth branch shows 12 leaves depicting the twelve contraindications due to inappropriate treatment. The ninth and the last branch has two leaves, which represent hot or cold disorders.” – Men-Tsee-Khang Institute, Dharmsala 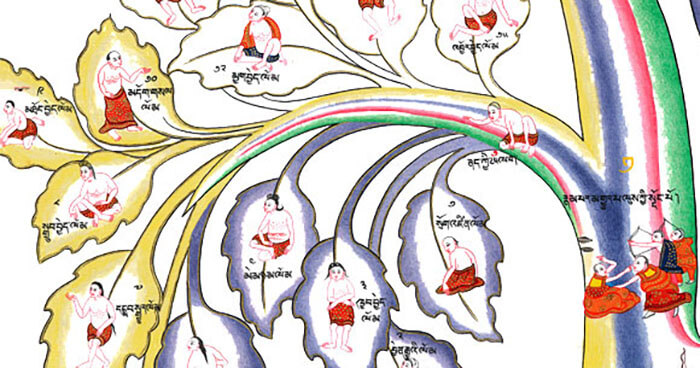 The Tibetan concept of health and disease is illustrated as a tree with two stems.

How does Tibetan  Medicine differ to Ayurveda, Traditional Chinese Medicine and Yoga?

Tibetan Medicine is closest to Ayurveda in principle and practice. All three traditions teach that it is vital to live a balanced life and each healing tradition describes the physical world and physiology in terms of energy.

Tibetan medicine, like Ayurveda, explains how to create and maintain a healthy body and mind in order to live a yogic way of life. Yogis in Tibet developed Tibetan Yoga, a form of yoga that focuses on breathing, purifying exercises, and healing the mind.

Tibetan medicine has had great success with chronic illnesses regarded by the west as incurable. Karl Lutz, a Swiss drug manufacturer created Padma AG, a company to produce Tibetan healing formulas in 1969 and started manufacturing Padma 28, developed from the traditional Tibetan formula, Gabur 25. The formula contains a complex mixture of plant based active substances. In Switzerland, where there is a strong Tibetan community of exiled Tibetans, it is registered as a medicine and is used to treat circulatory disorders. Clinical trials on Tibetan herbal formulas have been conducted using Padma 28 in Europe since 1970. 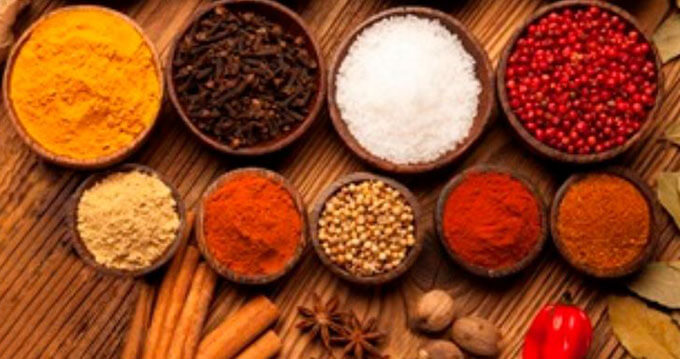 Tibetan medicine has had great success with chronic illnesses regarded by the west as incurable.

“In short, the multi-target concept of Tibetan Medicine makes use of complex herbal multicompounds with many active components in very low dosage that act on different metabolic processes at the same time, contributing synergistically to the therapeutic effect.” – Alternative Medicine Foundation.

Tibetan Medicine is an illuminated healing system which can help us sustain vibrant wellbeing and health by treating the whole person and protecting us from the causes of illness through understanding the spiritual principles of disease. This gift of medicine from the high mountains carries the fragrance of that special unbroken spiritual lineage of peace and wisdom from the land of the snow lion.

1) I have been very unlucky financially.Can there be a remedy for this.I just want to settle my debts.

My mother suffers from different ailments like diabetic obesity ulcer urinary infection and arthritis. She is only hope for us after God. I would like to give her the Tibetan medicine. IS There is medicine to cure her. The age is 62.

what i sees is giving you a permanent relief from all sorrows & more important a stage of Permanent healthiness.After which you get the stage of ULTIMATE OF YOURSELF.

Last week I was in Chennai n read an article in Speaking Tree. I was impressed and feel it could be helpful for those seeking alternative cure. Their holistic approach is good. I welcome such approach.