The Science of Being in the Flow

Can you recall doing something in which you were so completely immersed that hours flew by unnoticed? So connected in the action you performed that it became a goal in itself, effortless, and left you feeling deeply and completely satisfied?

To a degree, we all perform duties and activities that aren’t intrinsically enjoyable. What distinguishes people with autotelic personalities, are that they find pleasure and value in almost everything they do as opposed to people who seldom feel that what they do is worth doing for its own sake.

The word autotelic means “having a purpose in and not apart from itself.”

This is the real secret of life – to be completely engaged with what you are doing in the here and now. And instead of calling it work, realize it is play. — Alan Wilson Watts

Are You an Autotelic person?

Mihaly Csikszentmihalyi, a Hungarian psychologist, has done years of research and writing on happiness and creativity, and describes an autotelic person to be internally driven, curious and purposeful. Recognition, riches or comfort are not motivating factors in their external pursuits.

An autotelic person needs few material possessions and little entertainment, comfort, power, or fame because so much of what he or she does is already rewarding. Because such persons experience flow in work, in family life, when interacting with people, when eating, even when alone with nothing to do, they are less dependent on the external rewards that keep others motivated to go on with a life composed of routines. They are more autonomous and independent because they cannot be as easily manipulated with threats or rewards from the outside. At the same time, they are more involved with everything around them because they are fully immersed in the current of life. – Mihaly Csikszentmihalyi

Csikszentmihalyi developed the psychological concept of Flow, a highly focused mental state. He discovered that people find genuine satisfaction in this state. They are entirely absorbed in an activity, especially one that involves their creative abilities. During this optimal experience they feel “strong, alert, in effortless control, unselfconscious, and at the peak of their abilities.” 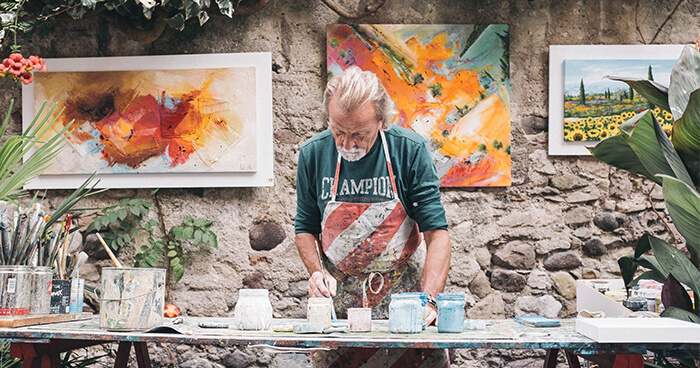 Without Flow, there is No Creativity

People with autotelic personalities tend to have a greater preference for challenging opportunities and learning skills that stimulate them and encourage development. They are also willing to go through an initial stage of activation that overloads the brain with information or taxes the body with new challenges.

He says that “most enjoyable activities are not natural; they demand an effort that initially one is reluctant to make. But once the interaction starts to provide feedback to the person’s skills, it usually begins to be intrinsically rewarding.” “Most people never push this first stage far enough,” notes Steven Kotler, “which is why they constantly miss the doorway to the flow experience.”

Autotelic individuals are more creative and innovative. “Without flow, there is no creativity”, says Csikszentmihalyi. People most likely to experience flow are those who have a complex personality and have mastered both differentiation and integration. Differentiation involves developing unique skills and becoming autonomous and different from others. Integration is the union with other people, ideas and the world in general.

The Five C’s of an Autotelic Person:

Can We Cultivate Autotelism or Flow?

Csikszentmihalyi insists that happiness does not simply happen. It can be prepared for and cultivated by learning to achieve flow in our lives. The key aspect to flow is control: in the flow-like state, we exercise control over the contents of our consciousness rather than allowing ourselves to be passively steered by external forces. 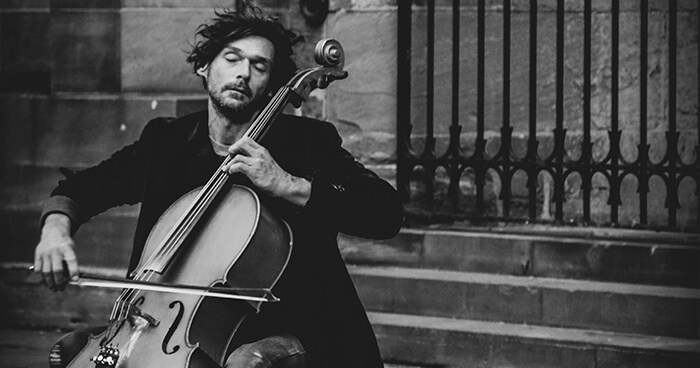 Are there Activities that are More Likely to Create Flow?

Autotelic activities can be as diverse as playing a musical instrument, weaving, mountaineering, martial arts, yoga or sports. Flow tends to occur more often at work than in a leisurely setting.

Maintaining Order in the Universe

The Buddhists have a good piece of advice: “Act always as if the future of the universe depended on what you did, while laughing at yourself for thinking that whatever you do makes any difference.”

It is this serious playfulness, a combination of concern and humility, which makes it possible to be both engaged and carefree at the same time. One does not need to win to feel content — helping to maintain order in the universe becomes its own reward, regardless of the consequences. – Mihaly Csikszentmihalyi

Hi ,this is a favourite subject of mine, I understand completely .years ago i stumbled onto this great experience..it enlarged my experiments into Art. in fact my best work arrived mysteriously in this way. much to both my joy and also later frustration..i was ignorant of how this could possibly happen to me..and with practically no knowledge of how to make good art. only 2 years ago began to experiment with music that i particluarly loved ‘that Day’ .which i found to be a key.to the experience….Joy!

great article but authors name very distracting as each time it came up I kept trying to pronounce it!

Resident of the Unit

Autotelic personality was taught (not called such) in Eastern Culture of course. Western culture though also taught it. It was a way of life in previous generations. It built America, and made her great, and it was education in my Philadelphia elementary school: Teaching children TO think; that is education. This thinking requires autotelic approach – and so it was. Now we propagate dummies; automatons

For writing this applies for sure. No time, just joy 🙂