The Science Behind Smudging

Using the smoke from sacred fires, or burning herbs or incense as a purification ceremony or ritual has been a common practice amongst many traditions throughout the ages. The smoke of medicinal plants and natural substances has been used extensively in many cultures for cleansing and healing. The most common smoke-purification ritual used in Native American tradition is a technique called smudging. It is seen as a bridge to the higher realms; a way to clear spiritual and emotional negativity that has built up in a space or a person. Smudging is often done before a ceremony or special gathering, or even after an argument to clear the air. Although the spiritual benefits of these practices might be viewed with scepticism, the health benefits are proven. As it turns out, this ancient practice literally does clear the air, as burning sage and other herbs neutralises positive charge and releases negative ions, and has antiseptic, bacteria-killing properties.

In 2006, a scientific paper titled Medicinal Smokes was published. The research reviewed information from 50 countries over 5 continents and found that, dating back to ancient times, smoke administered medicinally is typically used to aid lung, brain and skin function. In addition, it was found that the passive fumes doubled as an air purifier. A follow-up paper examining the air purifying potentials of smoke-based remedies was published in 2007, in the Journal of Ethnopharmacology. It concluded that, in addition to health benefits, smudging was a powerful antiseptic.

The researchers observed that a one-hour treatment of medicinal smoke (Havana Sámagri) in a closed room reduced airborne bacterial counts by over ninety-four percent. In India, most rituals include a sacred fire to which medicinal herbs and other materials are added as an offering. Havana sámagri is a mixture of wood and odoriferous and medicinal herbs burnt in the fire, accompanied by the chanting of Vedic mantras. For thousands of years, the rishis (saints) performed ceremonies or yagnas to purify the environment. The medicinal smoke, together with the vibrations that the mantras produce, creates positive effects in the surrounding atmosphere. 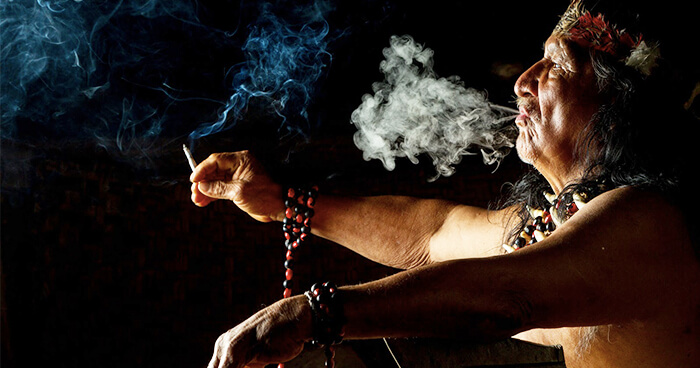 Smudging is traditionally used as a way to clear spiritual and emotional negativity.

This research has shown that the smoke from a variety of herbs is highly effective in reducing airborne bacteria. The smoke’s ability to purify and disinfect the air was maintained up to twenty-four hours. Many of the pathogenic bacteria had not returned to the same room, even after 30 days.

Absence of pathogenic bacteria Corynebacterium urealyticum, Curtobacterium flaccumfaciens, Enterobacter aerogenes (Klebsiella mobilis), Kocuria rosea, Pseudomonas syringae pv. persicae, Staphylococcus lentus, and Xanthomonas campestris pv. tardicrescens in the open room even after 30 days is indicative of the bactericidal potential of the medicinal smoke treatment. We have demonstrated that using medicinal smoke it is possible to completely eliminate diverse plant and human pathogenic bacteria of the air within confined space.

Furthermore, these studies showed that:

the advantages of smoke-based remedies are rapid delivery to the brain, more efficient absorption by the body and lower costs of production. This review highlights the fact that not enough is known about medicinal smoke and that a lot of natural products have potential for use as medicine in the smoke form. This review argues in favour of extended use of medicinal smoke in modern medicine as a form of drug delivery and as a promising source of new active natural ingredients. 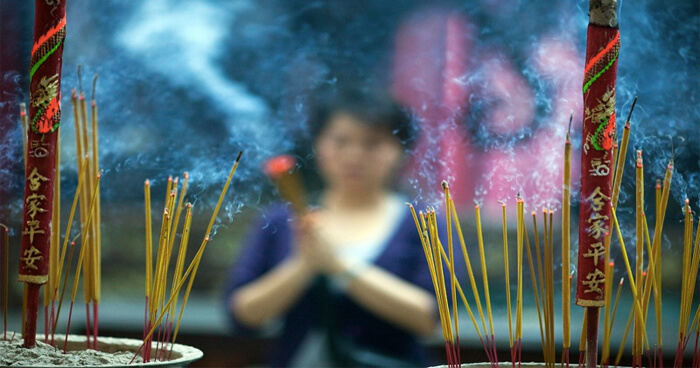 The leaves of the emu bush in particular were placed on hot embers for traditional therapeutic use. The resultant wet steamy smoke possibly inhibited bacterial or fungal pathogens, as well as providing a stimulus for milk let-down in women after childbirth.

The smoke of Imphepo, or African Sage, is used in southern Africa in indigenous traditional medicine. It has many uses; to invoke trance states, cleanse energy and as an offering when praying. The plant is also used as an antiseptic and anti-inflammatory, as a headache remedy and a natural insect repellent.

The Egyptians, Greeks, and numerous other cultures used frankincense and myrrh as a part of their religious ceremonies. The Catholic Church burns frankincense to purify and sanctify, and the smoke symbolises prayers rising to heaven. Today frankincense grows almost exclusively in Oman. The smoke is a powerful air purifier and insect deterrent and serves as a prophylactic to prevent the bites of malaria-carrying mosquitoes, common in the coastal regions. The granules of frankincense, the smoke, and frankincense dissolved in water, are all used to treat a variety of ailments such as indigestion, bronchitis, hypertension, depression, insomnia and post-childbirth recovery.
[signupbanner]

The Neural and Physiological Effects

In 2008, the Federation of American Societies for Experimental Biology published a study that describes how burning frankincense (resin from the Boswellia plant) activates poorly understood ion channels in the brain to alleviate anxiety or depression.[1] Raphael Mechoulam, one of the research study’s co-authors, states:

We found that incensole acetate, a Boswellia resin constituent, when tested in mice lowers anxiety and causes antidepressive-like behaviour. 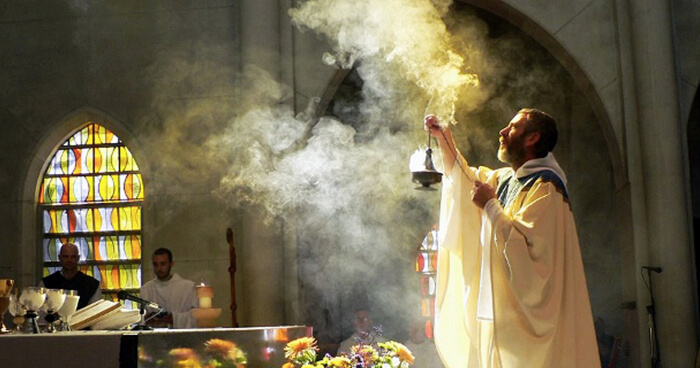 The Catholic Church has burned frankincense, to purify and sanctify, for centuries.

They also found that incensole acetate activated a protein called TRPV3, which is present in mammalian brains and also known to play a role in the perception of warmth of the skin. When mice bred without this protein were exposed to incensole acetate, the compound had no effect on their brains. Gerald Weissmann, M.D., Editor-in-Chief of The FASEB Journal says:

Studies of how those psychoactive drugs work have helped us understand modern neurobiology. The discovery of how incensole acetate, purified from frankincense, works on specific targets in the brain should also help us understand diseases of the nervous system. This study also provides a biological explanation for millennia-old spiritual practices that have persisted across time, distance, culture, language, and religion – burning incense really does make you feel warm and tingly all over!

Moxibustion is yet another traditional therapy in which dried plant materials are burned, and has been used throughout Asia for thousands of years. Moxa is usually made from the dried Chinese mugwort (artemesia vulgaris). Research has shown that it acts as an agent that increases blood circulation to the pelvic area and uterus, and moxibustion has successfully been used to turn breech babies into a normal head-down position prior to childbirth. It is used on or very near the surface of the skin. The intention is to warm and invigorate the flow of Qi in the body and dispel certain pathogenic influences.

It definitely seems that the ancient practice of burning powerful herbal material is much more than just a primitive belief, and our ancestors must have intuitively understood the many benefits.

[…] to this practice than cleaning negative energies out of your space. Studies show herb smoke can reduce airborne bacteria concentrations in enclosed spaces by over 94%. Rosemary, thyme, garden sage and many other herbs are great for […]

The Healing Power of Smudging: A Guide to Cleansing Your Home

[…] Smudging has been used for thousands of years, and good reasons. Smudging is believed to help: […]

On my art table: Find peace in the chaos - Modern Gypsy

[…] and the house at least once in 15 days. Burning plants, resins, and herbs has been known to have scientific benefits when it comes to getting rid of bacteria and germs, and it just makes me feel squeaky clean […]

Interesting article. However, I wonder about the smoke inhaled during these events. Is it not detrimental, just as cigarette and cigar and pipe smokes are?

Burning white sage and Paulo Santo as incense is a religious ritual that is being appropriated and making them endangered hard to find for the native people who use them.

Smoke is not ‘omitted’. It is ’emitted’. See caption under photo of Asian incense burning.

Teresa thank u for thisp

0
Reply
PrevPreviousStress: It’s Not in Your Head, it’s in Your Nervous System
NextJames Doty: The True Nature of CompassionNext