The Science Behind Mindfulness and Good Health

BY Jill Suttie
Welcome to UPLIFT
Loving Yourself
The Science Behind Mindfulness and Good Health
Mindfulness for Mind, Body, and Soul

According to thousands of years of tradition, Buddhists meditate to understand themselves and their connections to all beings. By doing so, they hope to be released from suffering and ultimately gain enlightenment.

In recent decades, researchers have been gaining insight into the benefits of practicing this ancient tradition. By studying more secular versions of mindfulness meditation, they’ve found that learning to pay attention to our current experiences and accept them without judgment might indeed help us to be happier. Studies to date suggest that mindfulness affects many aspects of our psychological well-being—improving our mood, increasing positive emotions, and decreasing our anxiety, emotional reactivity, and job burnout.

But does mindfulness affect our bodies as well as our minds?

Recently, researchers have been exploring this question—with some surprising results. While much of the early research on mindfulness relied on pilot studies with biased measures or limited groups of participants, more recent studies have been using less-biased physiological markers and randomly controlled experiments to get at the answer. Taken together, the studies suggest that mindfulness may impact our hearts, brains, immune systems, and more.

Though nothing suggests mindfulness is a standalone treatment for disease, nor the most important ingredient for a healthy life, here are some of the ways that it appears to benefit us physically.

Mindfulness is Good for Our Hearts

Heart disease is the leading killer in the United States, accounting for about 1 in 4 deaths every year. So, whatever decreases the risks or symptoms of heart disease would significantly impact society’s health. Mindfulness may help with that. 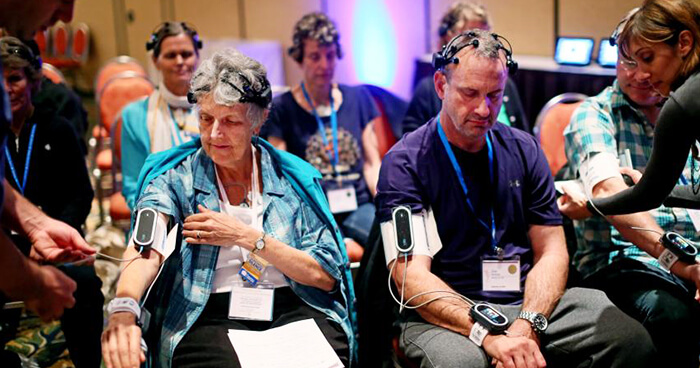 Studies suggest mindfulness is good for our cardiac health.

In one study, people with pre-hypertension were randomly assigned to augment their drug treatment with either a course in mindfulness meditation or a program that taught progressive muscle relaxation. Those who learned mindfulness had significantly greater reductions in their systolic and diastolic blood pressure than those who learned progressive muscle relaxation, suggesting that mindfulness could help people at risk for heart disease by bringing blood pressure down.

In another study, people with heart disease were randomly assigned to either an online program to help them practice meditation or to a waitlist for the program while undergoing normal treatment for heart disease. Those who took the mindfulness program showed significant improvements in the six-minute walking test (a measure of cardiovascular capacity) and slower heart rates than those in the waitlist group.

While one review of randomly controlled studies showed that mindfulness may have mixed effects on the physical symptoms of heart disease, a more recent review published by the American Heart Association concluded that, while research remains preliminary, there is enough evidence to suggest mindfulness as an adjunct treatment for coronary disease and its prevention.

Mindfulness may also be good for hearts that are already relatively healthy. Research suggests that meditating can increase respiratory sinus arrhythmia, the natural variations in heart rate that happen when we breathe that indicate better heart health and an increased chance of surviving a heart attack.

Mindfulness May Decrease Cognitive Decline from Aging or Alzheimer’s

People tend to lose some of their cognitive flexibility and short-term memory as they age. But mindfulness may be able to slow cognitive decline, even in people with Alzheimer’s disease. 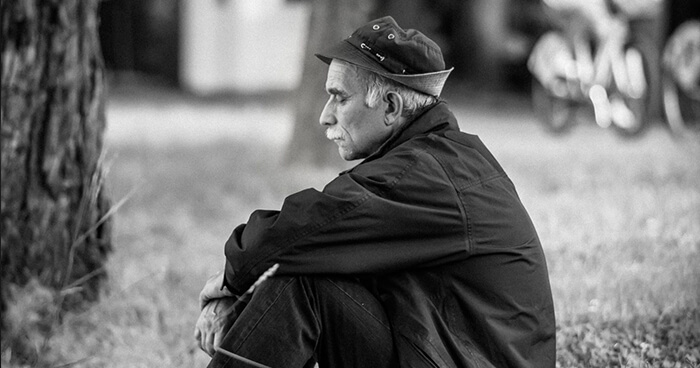 Why might that be true? A 2017 study looking at brain function in healthy, older adults suggests meditation may increase attention. In this study, people 55 to 75 years old spent eight weeks practicing either focused breathing meditation or a control activity. Then, they were given the Stroop test—a test that measures attention and emotional control—while having their brains monitored by electroencephalography. Those undergoing breath training had significantly better attention on the Stroop test and more activation in an area of the brain associated with attention than those in the active control group.

While this research is preliminary, a systematic review of research to date suggests that mindfulness may mitigate cognitive decline, perhaps due to its effects on memory, attention, processing, and executive functioning.

Mindfulness May Improve Your Immune Response

When we encounter viruses and other disease-causing organisms, our bodies send out troops of immune cells that circulate in the blood. These cells, including pro and anti-inflammatory proteins, neutrophils, T-cells, immunoglobulins, and natural killer cells, help us to fight disease and infection in various ways. Mindfulness, it turns out, may affect these disease-fighting cells.

In several studies, mindfulness meditation appeared to increase levels of T-cells or T-cell activity in patients with HIV or breast cancer. This suggests that mindfulness could play a role in fighting cancer and other diseases that call upon immune cells. Indeed, in people suffering from cancer, mindfulness appears to improve a variety of biomarkers that might indicate progression of the disease.

In another study, elderly participants were randomly assigned to an eight-week Mindfulness-Based Stress Reduction (MBSR) course or a moderate-intensity exercise program. At the end, participants who’d practiced mindfulness had higher levels of the protein interleukin-8 in their nasal secretions, suggesting improved immune function. 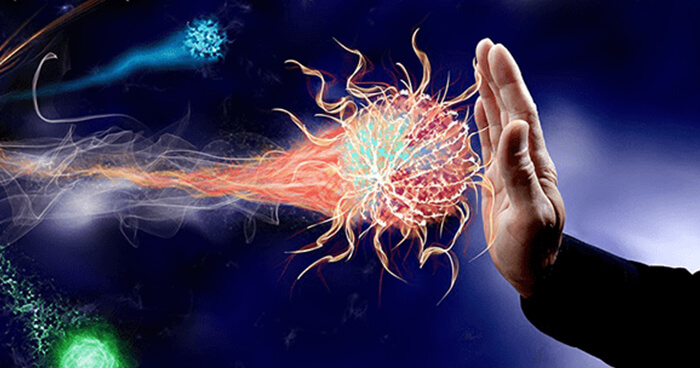 Studies have found effects on markers of inflammation, too—like C-reactive protein, which in higher levels can harm physical health. Research shows that people with rheumatoid arthritis have reduced C-reactive protein levels after taking an MBSR course versus being on a waitlist for the course. Overall, these findings suggest that mindfulness meditation can have disease-fighting powers through our immune response.

Cell aging occurs naturally as cells repeatedly divide over the lifespan and can also be increased by disease or stress. Proteins called telomeres, which are found at the end of chromosomes and serve to protect them from aging, seem to be impacted by mindfulness meditation.

Studies suggest that long-time meditators may have greater telomere lengths. In one experimental study, researchers found that breast cancer survivors who went through MBSR preserved the length of their telomeres better than those who were on a waitlist. However, this study also found that general supportive therapies impacted telomere length; so, there may not be something special about MBSR that impacts cell aging.

On the other hand, another study with breast cancer survivors found no differences in telomere length after taking an MBSR course; but they did find differences in telomere activity, which is also related to cell aging. In fact, a 2018 review of research ties mindfulness training to increased telomere activity, suggesting it indirectly affects the integrity of the telomeres in our cells. Perhaps that’s why scientists are at least optimistic about the positive effects of meditation on aging. 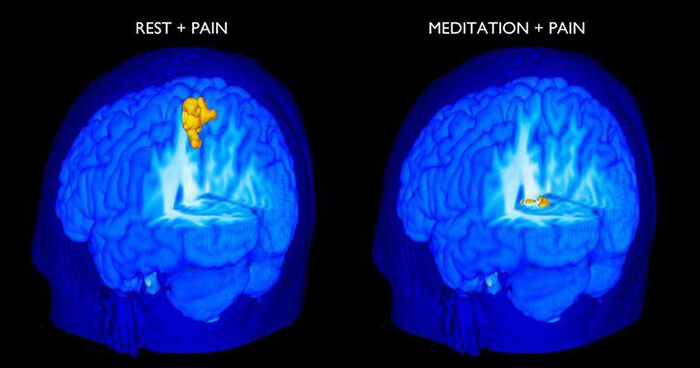 Of course, while the above physiological benefits of mindfulness are compelling, we needn’t forget that mindfulness also impacts our psychological well-being, which, in turn, affects physical health. In fact, it’s quite likely that these changes have synergistic effects on one another.

For example, drug addictions, at heart, come about because of physiological cravings for a substance that relieves people temporarily from their psychological suffering. Mindfulness can be a useful adjunct to addiction treatment by helping people better understand and tolerate their cravings, potentially helping them to avoid relapse after they’ve been safely weaned off of drugs or alcohol. The same is true for people struggling with overeating.

Fascinating though it is, we shouldn’t overplay meditation’s effects on physical health at the expense of its importance to emotional health. In fact, it may be difficult to separate out the two, as a key impact of mindfulness is stress reduction, and psychological stress has been tied to heart health, immune response, and telomere length. This idea is further supported by the fact that other stress-reducing therapies also seem to impact physical health, as well.

Still, it’s encouraging to know that something that can be taught and practiced can have an impact on our overall health—not just mental but also physical—more than 2,000 years after it was developed. Perhaps that’s reason enough to give mindfulness meditation a try.

It doesn’t work for my eye-to-brain wiring to read a long article, post or story on this screen. How can I get a copy of “The Science Behind Mindfulness and Good Health?” Where are these articles printed so that people like me can read them? Thank you. Rita Clarke in Texas

You can always print it out yourself 😉 Just click on Ctrl + P (meaning clicking on both aforementioned buttons together), and it will open a window with printing options.

very helpful. good to hear about it. useful

THANK you,
for all the fantastic articles you send to me and for the bettement of mankind!

It’s our absolute pleasure Jan. It fills our hearts to overflowing to know you and other folk are moved by what we share 🙂 So thank YOU!

Mindfulness and meditation are highly beneficial for all manner of physical and mental functions. One huge benefit I found is the boosting of our immune system. When I feel down or a cold coming on, I do an intense focused yoga nidra, a form of vipassana meditation but laying down. The next day I’m fine again.
Meditation works also on a deeper level putting us into the flow. Synchronicities and being in the right place at the right time becomes the norm. I wouldn’t want to be without it

Wellness isn’t merely the absence of disease. It actually depends on many intertwined factors which can influence our overall well being. Like our physical, mental, emotional, spiritual, and relationship health…along with our financial, transportation housing, and social/community health! All of these factors can be influenced by things outside of our control, too…which often makes dealing with them much harder. This being said, I think mindfulness can be a very positive force for lessening many health concerns and for enhancing general wellness…and also for soothing the impact of change and loss as we normally age. I also think imaging is a good tool for “partnering” with our bodies during illness or pain. Perhaps the type of science about mindfulness outlined in this article will pave the way for it to be taught on a broader scale and at an earlier age!

I meditate. I have learned several ways. I am now using my very first method i learned and that is tm. I don’t know if it is the best method. It seems to have the most support… However i really do not know if it is helping me. just wondering if any one else is experiencing this. I question the secrecy of their mantra.

Would really like to see the results referred to referenced fully so I could follow up with further reading and check the validity of those studies.

I tried mindfulness when I was trying to quiet smoking. the concept of being aware of your action thoughts, feeling is a different way of thinking.

It is indeed James. I hope you found it useful.