The Science Behind Exercise and Your Brain

Compelling evidence shows exercise improves memory and cognition. For example, a 2010 study on primates revealed that regular exercise helped the monkeys learn new tasks twice as quickly as non-exercising monkeys, and researchers believe this might hold true for people as well. Other studies support such possibilities.

Strength training — and working your leg muscles in particular — has been shown to have a particularly strong impact on brain function and memory. In one study, just 20 minutes of leg strength exercises enhanced long-term memory by about 10 percent. 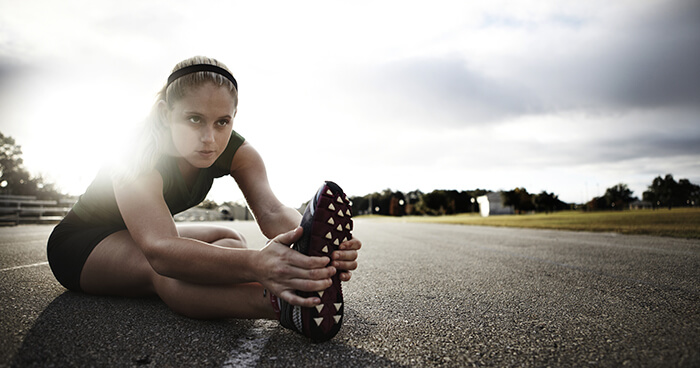 According to a recent study published in the journal Neurology, physical activity can slow brain aging by as much as 10 years.

Of the nearly 900 seniors who participated in the study, 90 percent engaged in light exercise, such as yoga or walking, or none at all. The remaining 10 percent did medium-to-high intensity exercise. As reported by CBS News:

“[O]lder adults who reported either light or no exercise at all experienced a cognitive decline equal to 10 more years of aging when compared to people who were moderate to intense exercisers.
‘The number of people over the age of 65 in the United States is on the rise, meaning the public health burden of thinking and memory problems will likely grow,’ study author Dr. Clinton B. Wright said in a statement. ‘Our study showed that for older people, getting regular exercise may be protective, helping them keep their cognitive abilities longer.'” 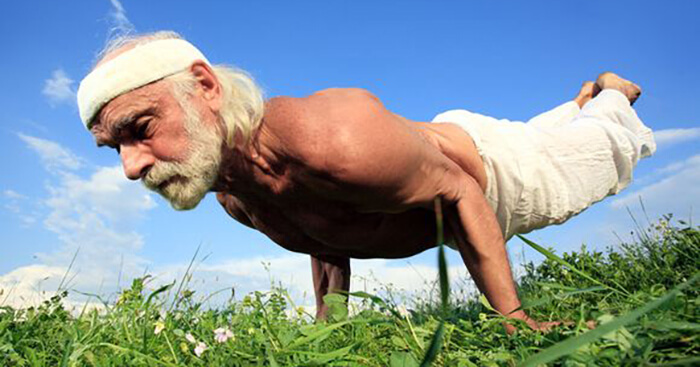 For older people, getting regular exercise may help them keep their cognitive abilities longer.

Previous research has demonstrated that exercise promotes brain health by releasing hormones like brain-derived neurotropic factor (BDNF) from the muscles, which encourage the growth of new brain cells. This process is known as neurogenesis or neuroplasticity.

Your brain’s memory center (hippocampus) is particularly adaptable and capable of growing new cells throughout your entire lifetime, even into your 90s, provided your lifestyle supports it. 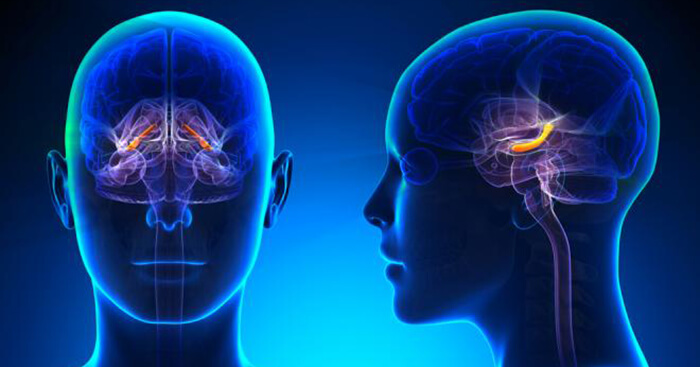 Your brain’s memory center (hippocampus) is adaptable and capable of growing new cells.

In one study, exercising mice grew an average of 6,000 new brain cells in every cubic millimeter of hippocampal tissue sampled.

Similarly, a year-long human study found that adults who exercised regularly enlarged their brain’s memory centre by 1 to 2 percent per year, where typically the hippocampus tends to shrink with age. 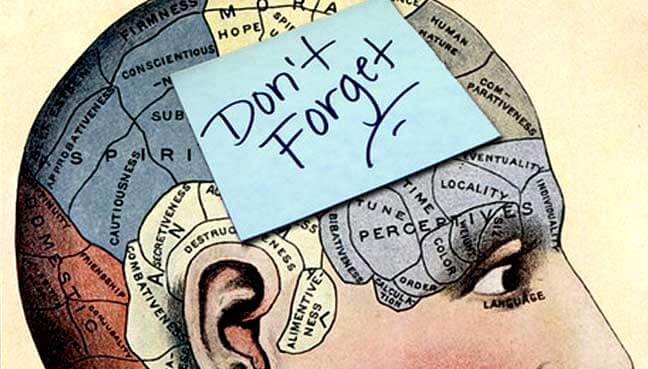 Regular exercise enlarges the brain’s memory centre by 1 to 2 percent per year.

Memory and cognition are not the only benefits associated with physical fitness. Exercise is also known to dispel depression — in many cases more effectively than antidepressants. One of the ways exercise promotes mental health is by normalizing insulin resistance and boosting natural “feel good” hormones and neurotransmitters associated with mood control, including endorphins, serotonin, dopamine, glutamate, and GABA.

Swedish researchers have also teased out a mechanism by which exercise helps reduce stress and related depression. As it turns out, well-trained muscles have higher levels of an enzyme that helps metabolize a stress chemical called kynurenine.

Their finding suggests that exercising your muscles actually helps rid your body of stress chemicals that promote depression. According to the authors, “in this context the muscle’s function is reminiscent of that of the kidney or the liver,” in that it purges your body of harmful substances.

Other research has also found clear links between inactivity and depression. Women who sat for more than seven hours a day were found to have a 47 percent higher risk of depression than women who sat for four hours or less per day. 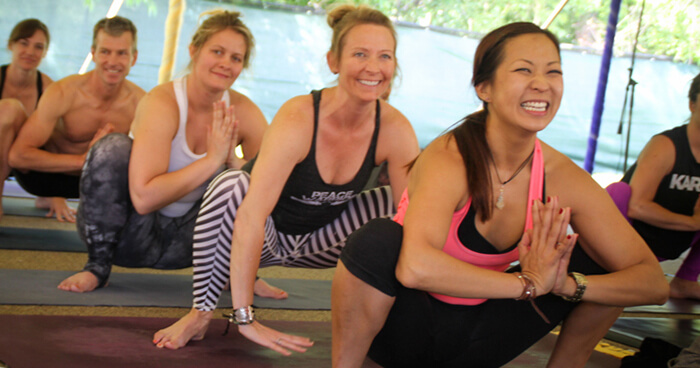 Exercising your muscles helps rid your body of stress chemicals that promote depression.

Those who didn’t participate in any physical activity at all had a 99 percent higher risk of developing depression than women who exercised. Creativity also gets a boost from physical activity. According to Stanford University researchers, a brisk walk can increase creativity by up to 60 percent.

Your brain needs a significant supply of oxygen to function properly, which helps explain why what is good for your heart and cardiovascular system is also good for your brain. Most notably, this includes exercise. And the payoffs can be long-term.

A study looking at the link between exercise, heart health, and brain health found that people who had greater cardiorespiratory fitness in their teens and 20s scored better on cognitive tests in their mid-40s and 50s.

For each additional minute spent on the treadmill during the initial test, he or she was able to accurately recall 0.12 more words at follow-up 25 years later. Those who were fitter in their early adulthood also scored better on tests designed to assess reaction speed and the mental agility needed to answer trick questions. Moreover, the impact of fitness was deemed to be independent of other dementia-related risk factors, such as diabetes, high cholesterol, and smoking. 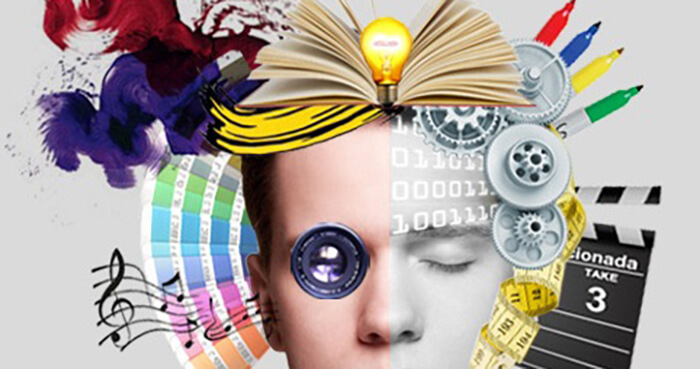 Creativity also gets a boost from physical activity.

Keep Up Your Physical Activity

Once you’re in your 60s and above, physical movement becomes really paramount, so this is not the time to fall prey to the couch. Plenty of research confirms that even if you start exercising at this time, you stand to gain a great deal. It’s really never too late to begin. But perhaps even more important than maintaining an exercise program is to simply move around a lot and avoid sitting as much as possible.

In one study, seniors between the ages of 60 and 80 who were the most physically active showed higher levels of brain oxygenation and healthier patterns of brain activity, particularly in the hippocampus and in connecting different brain regions together.

Such patterns are associated with improved cognitive function. These seniors were not athletes. They didn’t even exercise formally, but rather got their activity in the form of walking, gardening, and simply moving about each day — and those who moved the most had significant brain advantages compared to their more sedentary peers. 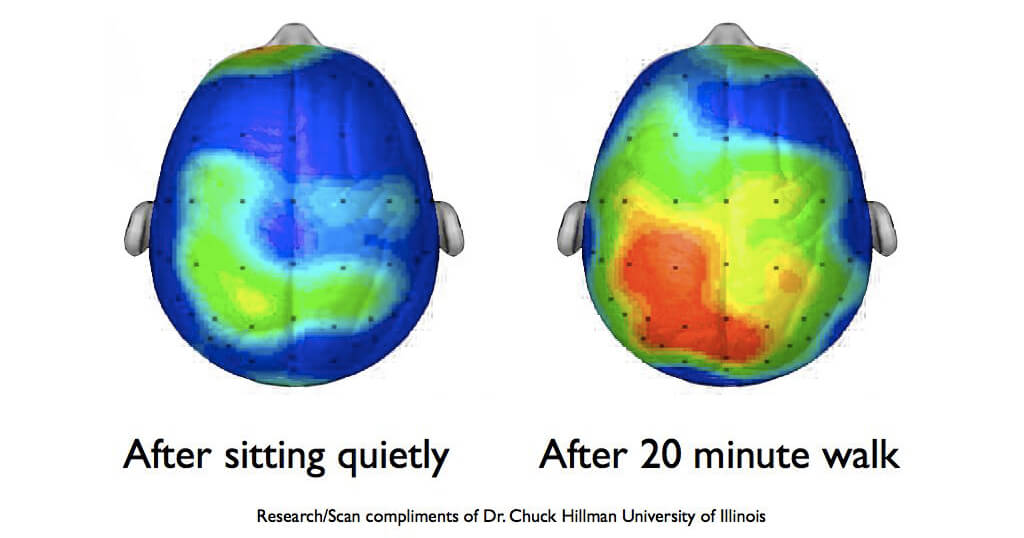 In my view, based on the evidence, non-exercise movement may in fact be one of the most important keys to a long healthy life, because studies have shown that you simply cannot counteract the ill effects of multiple hours of sitting by exercising vigorously for an hour here or there during the week. The cumulative effects of sitting simply take too great a toll on your biology.

For this reason, I strongly suggest walking at least 7,000 steps a day or more each day. Again, it doesn’t have to be done all in one shot. In fact, it may be more effective if spread out throughout the day. So whenever you can, simply move.

Or at least stand up. A stand-up desk is a great option if you have an office job. Other ways to rack up movement points is to park further away from the entrance; take the stairs instead of the elevator; or conduct walking meetings. The options are endless really.

While it’s never too late to start exercising, the earlier you begin and the more consistent you are, the greater your long-term rewards. Having an active lifestyle is really an investment in your future well-being, both physically and mentally. I believe that, overall, high-intensity interval training really helps maximise the health benefits of exercise, while simultaneously being the most efficient and therefore requiring the least amount of time. 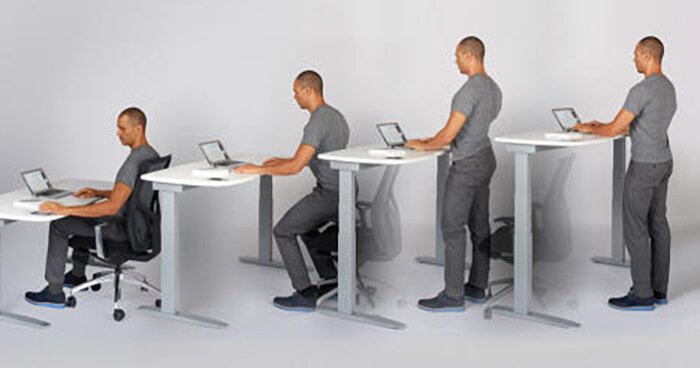 A stand-up desk is a great option if you have an office job.

That said, ideally you’ll want to strive for a varied and well-rounded fitness program that incorporates a wide variety of exercises. I also strongly recommend avoiding sitting as much as possible, and making it a point to walk more every day. I suggest aiming for 7,000 to 10,000 steps per day, over and beyond your regular fitness regimen, not in lieu of it.

The science is really clear on this point: memory loss and cognitive decline really depends on your lifestyle. Your brain has the capacity to regenerate and grow throughout your entire life, from cradle to grave, and movement is a major key for all of these brain-boosting processes to occur.

Important points in this article that we should know. This would be a huge help. Thanks for sharing this one out.