The Sacred Science of Kundalini

Kundalini Yoga is the science to unite the finite with Infinity, and it’s the art to experience Infinity in the finite. – Yogi Bhajan

A few months ago my wife asked me to join her for a Sunday morning yoga class. I went surfing first, thinking the class would be a great way to ‘warm down’. I was wrong. We stepped into the class at 8:55am and by the time we re-emerged at 11:05 I was shaking, dripping and almost without words to describe what had just happened. It wasn’t Bikram, but I was sweating more than any other yoga class I’d ever been to. It wasn’t Ashtanga, but I had been physically challenged to move through postures I’d never imagined.

The class wasn’t held in a temple (rather a remodeled garage, aptly known as the “Yoga Cave”), but the atmosphere left me feeling more tuned in, tapped on and connected to myself and Spirit than most meditations. My eyes had been closed for almost two hours but I never felt more awake. The instructor, a relatively petite and seemingly compassionate former ballet dancer, had smiled and at times laughed (with us!) through cathartic journey of mind, body and soul; the intensity of which I hadn’t experienced since my most extreme competitive sporting days… and strangely I couldn’t wait to come back. “What was that?!” My first Kundalini Yoga class.

In Kundalini Yoga the most important thing is your experience. It goes right to your heart. No words can replace your experience. Your mind may accept the words or it may not, but your consciousness will not accept just words. – Yogi Bhajan, The Aquarian Teacher Training manual

The word Kundalini comes from a Sanskrit word ‘kundal’ meaning coiled up. In ancient Greece, Egypt and early Eastern religion it was believed that each individual possessed a Divine energy that was coiled at the base of the spine like a serpent. This energy was considered to be the sacred energy of Creation – something each of us is born with, but most must work to “uncoil”, and in so doing, awaken our Higher Self and come into direct contact with the Divine. 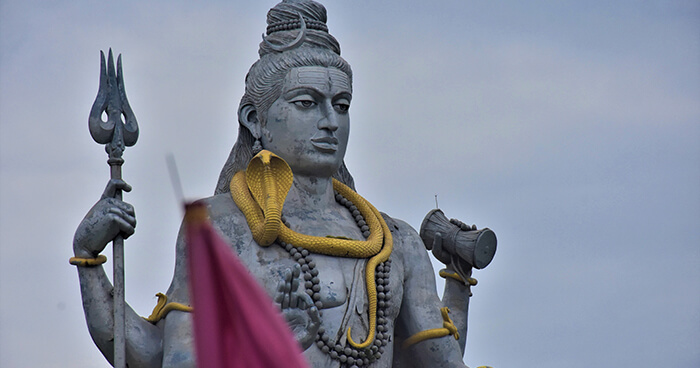 A divine energy coiled at the base of the spine like a serpent. Image: Jason Peter

Early writing indicates that Kundalini was actually a science of energy and spiritual philosophy before the physical practice was developed.

Traditionally, Kundalini Yoga was not taught publicly and students were required to endure years of initiation before they were given access to the spiritual and physical lessons of Kundalini masters. So for thousands of years, the science of Kundalini was actually kept hidden, and the sharing of Kundalini outside an elite community of Indian yoga masters and disciples was forbidden.

It was during a trip to Canada and the USA in 1968 that holy Indian Sikh Yogi Bhajan had a vision of a new spirituality that combined ancient wisdom with the practicalities of modern life. Waking from a morning meditation in Los Angeles, he suddenly knew he must teach Kundalini to the west. “It is everyone’s birthright to be healthy, happy, and holy, and the practice of Kundalini Yoga is the way to claim that birthright.” This moment became the spark of a long term residence in LA for Yogi Bhajan, the establishment of the 3HO (Healthy, Happy, Holy Organization) Foundation and the launch of Kundalini Research Institute.

Flash forward 48 years and Yogi Bhajan’s vision of sharing Kundalini Yoga with the west is alive and thriving, from popular New York City studios all the way to the “Yoga Cave” in Australia where I was first introduced to the practice… and beyond.

Referred to by practitioners as “the yoga of awareness”, the philosophical purpose of Kundalini is to awaken our Higher Self and to integrate that awakening into our lives and the service and healing of others.

By consciously combining breath, mantra, mudra, eye-focus, body locks, and postures, on a physical level Kundalini Yoga aims to balance the glandular system, strengthen the nervous system, expand lung capacity, and purify the blood, while helping us move through perceived limitations in our body, mind, and soul.

In recent conversation with former elite level ballet dancer and the original founder of Australia’s first Kundalini Yoga studio, (current owner of HarJiwan Yoga and founder of the WOW – Women of the World – Kundalini Yoga program) instructor HarJiwan shared insights into what makes this form of Yoga particularly potent for humanity today. 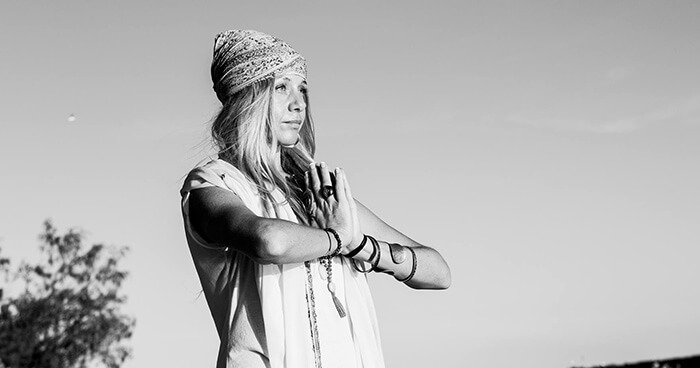 We use a lot of Asana (postures), very specific breathing techniques, we use mantra, we use mudras, we use rhythm, we use sound. And all of these are in one experiential class. We work with Kriyas (translated as “completed action”) and there are literally thousands of Kriyas, so you are never really doing the same thing. There are so many ways to impact an individual. – HarJiwan

One of the things I noticed during my first (and subsequent) sessions of Kundalini Yoga was that while traditional sitting meditation often sends my mind off flying to other places, the basic process of completing (and in some cases enduring!) the kriyas leaves no room but to be totally present. The combination of specific postures, breathing, rhythm and sound weave together in such a potent tapestry of experience that there’s no possible way to be anywhere but completely in the present moment of the class. You certainly don’t need to be an elite athlete or yogi to get into the postures but the movements often require a certain level of perseverance (in many cases mental) that seem to bring us up against our own pre-conceived notions of what’s possible and allow us to stay there long enough breakthrough and see what’s on the other side.

The dynamic nature of Kundalini yoga is very different than other forms of yoga. It brings you right to presence. There is no choice. It’s a very direct system. The way it is delivered, there is no room for distraction. It is full immersion and in the process it is activating the glandular system and the nervous system, as well and the chakras and the ten bodies of consciousness. There are many elements that are adjusted in each kriya, depending on the specific intention or outcome of the experience.

The Power of Intention and Thriving Under Stress

One of the things that resonated most for me right from the beginning of my first Kundalini Yoga class was how each class has a unique theme or focus and how each movement or kriya has a specific intention which is geared toward harnessing and matching the physical movement or posture we are engaged in with the full power of our mental, emotional and spiritual focus (in the direction of such themes as igniting our personal power, building courage, cutting away fears and perceived limitations) as well as the pure physical aims such as draining the lymphatic system, cleansing the organs, balancing hormones, etc. 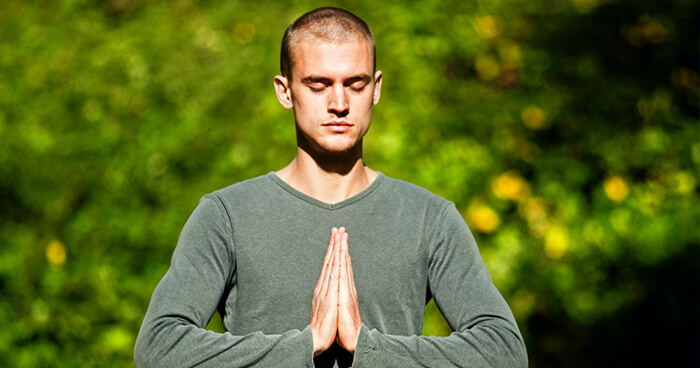 Awakening and activating healing response in our bodies and lives. Image: Damir Spanic

Often the mind has its self-imposed limitations and when we are doing a specific exercise the mind will want to stop because it doesn’t want to go through challenge or difficulty. Kundalini yoga teaches us to thrive under stress by developing the plasticity between the sympathetic and parasympathetic nervous system. By harnessing the focus of the mind, the body will develop natural painkillers so it gives us stamina to be able to endure and move through life’s pains and challenges. So what we are doing on the mat is really a training for life. – HarJiwan

Switching on the Self-Healing System of the Body

One of the areas of greatest fulfillment in the practice and sharing of Kundalini Yoga for HarJiwan is the capacity it has to awaken and activate often radical healing response in the bodies and lives of those she works with – no matter what their physical ailment or condition may be.

When people have fallen into disease they often experience feeling totally disempowered, wondering, ‘Who can fix this for me?’ We can spend so much time, money and resources chasing complex symptoms. Kundalini self-empowers people to take control of their own healing and awakening journey. It switches on the self-healing system of the body. can help someone who is totally bedridden and you can also be a super athlete and get what you need. As long as you can breath you can do Kundalini Yoga. – HarJiwan

Kundalini Yoga is also known as the science of angles, because the different poses and movements often involve having our limbs at angles which put pressure on specific organs and glands. As you hold or sustain the moment, the pressure builds, and when you take the pressure away, blood and energy flows to those areas. As HarJiwan shares, “There is a great mysticism about Kundalini Yoga but in truth it is systematic, scientific and simple. We are designed to have our Kundalini rise. It’s our energy, our creativity, the unlocking of the nerve of the soul.”

For HarJiwan, the act of building a daily spiritual practice (or Sadhana) is “an act of self-care and self-love and the first step to healing the planet.”

No one need do anything but sit in silent awareness and Kundalini will come if she so desires to wake you up a bit.

I have had a spontaneous Kundalini awakening.
I need help

Thanks, Richards…
Yoga is a gift to human-civilization which helps a lot to live a physically and mentally healthy life.
So, everyone should be aware of the benefits associated with kundalini yoga and should regularly perform yoga to live a healthy life.
It has been found that yoga helps a lot to regulate the blood sugar level and also stabilizes blood pressure.
Besides, it has several positive influences on the health of a person.

Given that most forms of mind-body yoga are proven to be therapeutic, isn’t it about time that Kundalini is exposed for what it is: occultism, pure & simple.

It is forceful, violent, and potentially highly dangerous & damaging to practitioners. If there is a yogic equivalent of ‘black magic’, then Kundalini Yoga is a good candidate.

The only benefits are to the ‘yogis” bank accounts.

Many of my spiritual artworks are entitled Kundalini Awakening. Buddha attaining enlightenment has been a common theme. I have a few gold Buddhas and also some Buddhas with several different colors. See how I create Buddha art and what it looks like to experience a Kundalini Awakening https://awakeningvisions.com

I like your article. However, there are some misrepresentations:
Kundalini yoga was not kept secret or hidden, or was it forbidden. It was taught to only deserving students. And the student had to work for it diligently. If someone was serious and dedicated, the master would actually go to them.

As said by Kundalini custom, there are seven distinctive kundalini chakras (energy center) situated along the spine as well as in the brain. The central energy center is not single symbolic ideas they are in fact certain energy drive within our body. Let’s have a look at these 7 Kundalini Chakras.

I am a little weary of Kundalini yoga, since meeting a man who as a result of Kundalini yoga had become so hyper sensitive that he couldn’t handle certain chemicals, foods and EMF’s anymore, making his life difficult. Can anyone relate to this or explain what may have happened?