The Mind-blowing Power of Mantra

Why is using a mantra so effective? Put simply, it’s because it employs the thinking mind instead of trying to ignore it, silence it or subdue it. It uses thoughts to transcend thoughts, which is an extremely skillful method. To give you the heads up about the technique, without going into the philosophy of enlightenment yet, it is simply repeating a mantra over and over in your head for a set period of time.

A mantra has different sacred and profound meaning in the Buddhist and Hindu spiritual traditions but here it is simply adopted as a phrase with no special significance to replace the incessant thinking of thoughts. You employ the mind by giving it something to do, namely keep thinking over and over again of the one phrase. This is something everyone is actually pretty good at doing naturally.

Why Does it Work So Well?

To go a bit deeper into why this simple method works so well you have to understand what creates emotional suffering, that is disturbing emotions like anger, jealousy, fear, anxiety and even depression – all these disturbing emotions are caused by thinking. Thoughts come with their own emotional charge that researchers have even discovered lasts about 90 seconds. The problem is we keep thinking over things, reigniting the emotional charge until we become sick and weak drained of all our energy. As Eckhart Tolle so insightfully said: “It is never the situation that cause suffering it is your thoughts about it.”

…how do I stop all my suffering over my dead husband. Every time I think of him I get sad and depressed”. The Zen Master simply replied “stop thinking about him”.

This might strike you as callous, disrespectful or even repression of the emotion rather than ‘dealing with it’, but it has some profound and inconvenient truth to it.

I was studying counselling therapy at the time when I read that Zen parable and it just blew me away; such an incredibly easy, effective and massive Zen slap in the face of modern psychological techniques. Techniques that usually re-frame things, pour over past histories or actively challenge the legitimacy of thoughts; the Zen Master just exploded all of that non-sense with one decisive ‘just stop it.’ 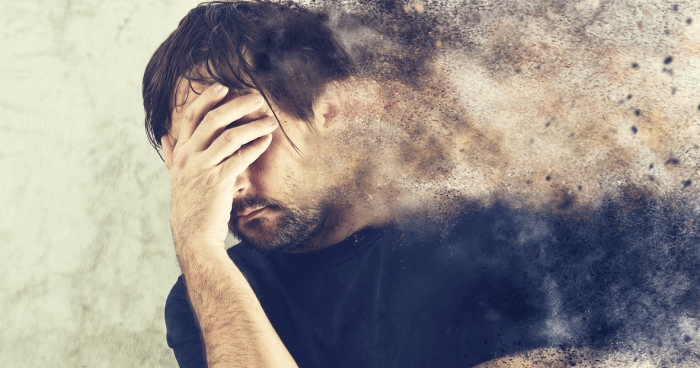 The Zen Master just exploded all of that

Of course that is easier said than done. To just stop it, to just drop the last thought and focus on the present moment as it is, is a key skill in meditation; especially the practice of mindfulness. But I found in desperate times I was constantly going over my problems and worries and thinking of people that pissed me off or thinking about tragic world events, and my meditations just seemed to fail me. This is where mantra really helped me in these times of crisis and I think it can help anyone who practises it too.

How Mantra is done

Buddha taught this simple technique 2,500 years ago and it is still powerful today. As Buddha taught, I now instruct all beginners to repeat the mantra breathing in and breathing out in co-unison with their breath as an aid to focus, relax and transcend mundane thoughts.

As I have discovered in long meditation retreats, you can get rid of the surface thoughts but then there is an undercurrent of quiet thoughts that are always going on just under the surface of normal thinking; keeping the emotional charges of disturbing emotions alive. So this is where repeatedly thinking a mantra has the power to drown out both the surface noise and eventually even the quieter undercurrent of thoughts, until all that is left is the repetition of an innocuous and neutral mantra and the serene state of natural awareness.

There is the opposite effect which positive affirmations take advantage of, by repeating empowering and ‘feel good’ statements over and over. They make you feel good, and there’s nothing wrong with that at all, it’s just not a method that takes you all the way to the clear heart of yourself. Just like ruminating on worries causes a negative disturbing charge through your body, thinking of positive thoughts creates a pleasant and positive energy through your body.

Like I said there is nothing wrong with wanting to feel empowered or brave or abundant, but these are artificially created feelings they are not naturally emanating from your true self; they are mind-created, temporary and just like recreational drugs you need ever increasing doses to maintain the initial high of good feelings. To be quite blunt you end up delusional – always trying to think positively to get your fix of good feelings, (but that’s a story for another blog). 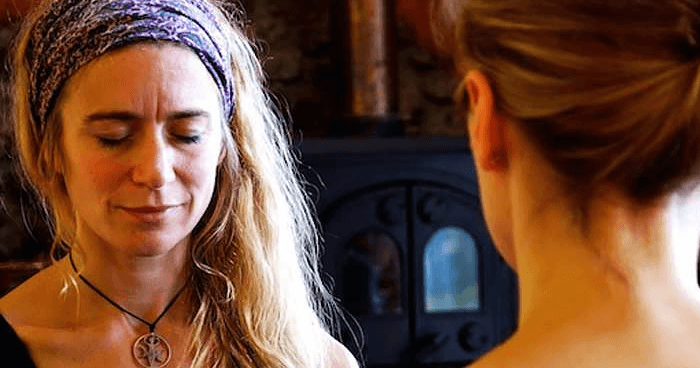 Artificially created feelings are not naturally emanating from your true self

Returning to the natural state

Our natural state of awareness, unsullied by the thinking mind, is naturally clear and peaceful; dare I say happy. It is not that radical an idea – except that it does challenge the classic Descartes’ idea of “I think therefore I am” – now, a more accurate rephrasing of that would be:

I think therefore I get stressed.

It also challenges the self-development movement because I think the scientific research proving the effectiveness of meditation is pointing to what mystics have been saying for thousands of years, namely: we are already the peace and happiness we are searching for. If we can still our minds and look within we can find what’s always been there. Happiness is more of a discovery than a creation.

The ‘I am’ as some Eastern teachers call it is the ground of our being; the clear existential awareness which exists in every moment. It is obscured, but never lost, by what Robert Anton Wilson calls the reality tunnel. The reality tunnel is simply the thoughts, ideas and beliefs that prejudice and colour the alive clarity of the present moment.

A great Zen koan points to this original mind before mental interpretation, or before obscuration by a reality tunnel, by asking ‘who are you before you’re named?’ In other word, there is existence before thoughts. That is not only the heart of the matter, but finding it is exactly the purpose of life and the ultimate pursuit. This is the perennial philosophy elucidated by Aldous Huxley:

Transcendental Mantra helps to transcend all mental activity and experiences the ‘source of thought’, which is said to be pure silence, ‘pure awareness’ or ‘transcendental Being’, ‘the ultimate reality of life’.

Accessing this enlightened clear presence behind all thoughts is the purpose of repeating the mantra. Actually one teacher has proclaimed it is the goal of all meditation techniques. Repeating the mantra is just one method to get you there or get you beyond thinking.

Importantly repeating the mantra does not just stop worrying about problems but it also suspends such ingrained subtle beliefs as personal identity and cultural narratives so you can experience a moment without these labels.

Once you have repeated the mantra long enough to stop all other compulsive and subtle thinking you can slowly let the mantra quieten down to a whisper in your mind until it finally stops all together. You can start the mantra again if thoughts intrude on your silence but eventually you can quieten all thinking long enough so all that’s left is the peaceful and joyful emptiness of awareness. This is not dull or passive but instead alive with creative potential, sensitivity to others and a deep primordial wisdom which is as old as the universe itself.

The key is that when thoughts and planning inevitably arise again you can keep contact with the enormity of silence that is always and forever in the transcendent background.

May we invoke the blessings of Love and Compassion of the Light within All. Om Mani Padme Hum. https://awakeningvisions.com/art/om-mani-padme-hum/

Om is the sound of the universe. It is in your breath. It is free.

Great article. There is a form of Christian Meditation which silently repeats the mantra: maranatha which means “come Lord”. It has been reintroduced by John Main who leant it from and Indian Swami in Malaya during the 1950’s.I don’t know which mantra the swami gave him except that he changed it to a Christian one as John Main was a catholic who later became a Benedictine Monk.
John Main later found that it was practiced in Christianity in the 2nd-3rd century. Among the early Christians at that time who wrote about it was John Cassian.

I liked this piece. I’ve been thinking about doing the mantra thing. Last week I went on a short hike by a beautiful stream. I thought to myself, that, If I allowed it to happen, a good mantra might come to me on this walk. I don’t have the funds to pay a teacher for a personalized mantra so I wanted to make this a “do it yourself” job. Nearly all my mechanical and household maintenance DIY’s end in some degree of disaster, so I didn’t start out this spiritual effort with a great degree of confidence. I was emboldened by the belief that amateur spiritualism had a low risk of doing me harm in the material realm. The stream, due to its mineral content and bright sunshine, sparkled like molten gold. I was mesmerized by bubbles of foam dancing in the flow. “Foam!” I thought, “there’s my mantra.” I tried it a few times, “foaoooommmm, foaoooommmm, foaoooommmm,” but images of overflowing washing machines agitated my mind. Then the nonsense word “flowom” poped into my awareness. I thought of it as being a combination of home and flow. Wasn’t that what I was seeking, the path to finding myself at home with the constant, ever changing, eternal flow of the Universe that I was one with? I have grown weary of the cycle of being happy to have a new washing machine, sad when it breaks down, hopeful that I think I can fix it, etc, the agitation – rinse cycles of daily life. I believe that this clever mantra will bring me bliss and for once a DIY worked very well for me. So my EGO would like to end this comment here, with a chuckle, but the post that I am commenting on just Zen slapped my face. For this I am most grateful.